BACK TO ALL OPINION BLOGS
Currently reading: Steve Cropley: does history sell the Lotus Elan short? Let's find out
UP NEXT
Opinion: Why the Festival of the Unexceptional is an annual highlight

Our man considers how easy it would be to live with an Abarth, before sinking his cash into a Lotus instead
Open gallery
Close

My transport of choice this week has been a £30k Abarth Scorpioneoro, the latest iteration of the well-honed 180bhp Fiat 500-based 595 pocket rocket they’ve been making for a decade. Its performance has sent me into a fit of philosophical contortions.

Thing is, this cheery little car is never going to top our Best Hot Hatch list (age; wheel fight under power; a very firm ride), yet on one of my pre-lockdown errands, a 160-mile round trip to Woking, I found myself taking the long way home to avoid ending the journey. Such things make you question the criteria you’re using to judge the car.

The elevated driving position is great (it’s really a Fiat Panda underneath). And all the Abarth hardware – bolstered seats, boost gauge, g-meter, alloy gearknob and pedals, Sport regime, gold wheels – reminds you this really isn’t a car to be delicately savoured but to be driven with commitment. Took me a while to get this, but once I had the message, I enjoyed the 595 thoroughly. Could I live with one? I reckon so. 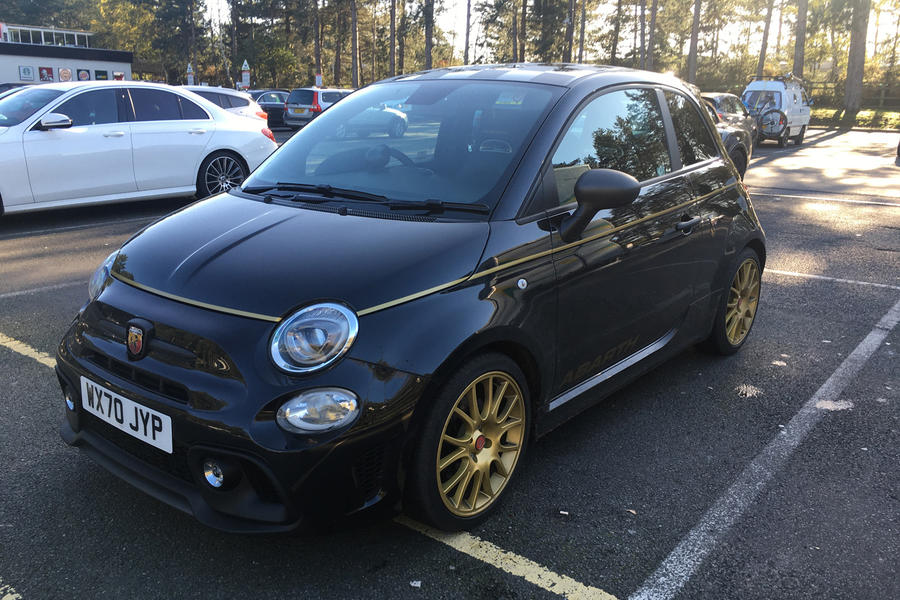 Intrigued to see new Aston Martin CEO Tobias Moers start the week with a claim that “everything is in place for Aston Martin to become one of the greatest luxury car brands in the world”. Have to say it begged the somewhat cynical question: what, in just six months? I mean, weren’t they telling us back in the summer that it was all a disaster?

Admittedly, plenty seems to have been achieved by Moers and his chairman, Lawrence Stroll, in a short time. But most of it, I’m thinking, is because Daimler is increasing its Aston stake to 20%. That switched the lights on. I suspect it would have switched the lights on for recently departed CEO Andy Palmer, too… 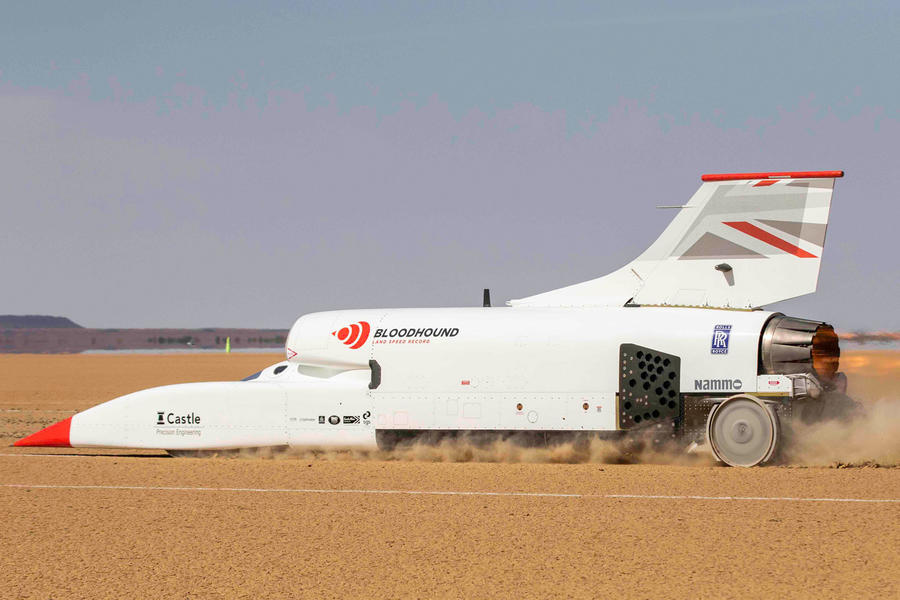 News that there’s to be an hour-long terrestrial TV programme about the Bloodhound land speed record challenger this weekend (14 November, Channel 4, 6pm) is overdue and thrilling. I’m told the film is especially comprehensive on running the car at 600mph-plus in the Kalahari desert: I’m dead keen to hear about what the team calls “the destructive impact of supersonic airflow”.

I rang Bloodhound’s owner and backer, Ian Warhurst, for the latest, expecting him to be downbeat about the difficulties of Covid-era sponsorship, but it turns out he has thought the whole thing through and is on a new tack. He cites a chicken-and-egg problem: sponsors are interested but reluctant to commit until they know the record attempt will definitely happen.

Obviously, however, it won’t happen unless someone has the faith to commit. Warhurst’s new plan is to seek personal underwriters, like himself, who will provide initial funds in exchange for a stake in the company. That will ignite sponsor interest. It’s the plan of a fighter.

The time pressure is ever present, though. To hit its seasonal targets, Bloodhound needs its new breed of backers by January.

At the top of the page you can see my latest new-old Lotus, mentioned recently – a superbly preserved second-generation, front-drive 1991 Elan SE in which I’m going to attack Paul Matty’s Lotus Hillclimb Championship next year.

I know it’s not a ‘real Elan’ in the eyes of many Lotus fanciers, but I’m convinced history sells this car short. It’s a genuine Peter Stevens design, and its special fight-free front drive was developed by the legendary John Miles. And it can turn a 0-60mph sprint in 6.5sec, which is brisk even now. Lotus test drivers of the time reckoned they could lap the Hethel track faster in one of these than a Turbo Esprit.

For £10,000, with that capability, rarity and name, I reckon this might be the elusive car bargain I’ve been seeking all my life. 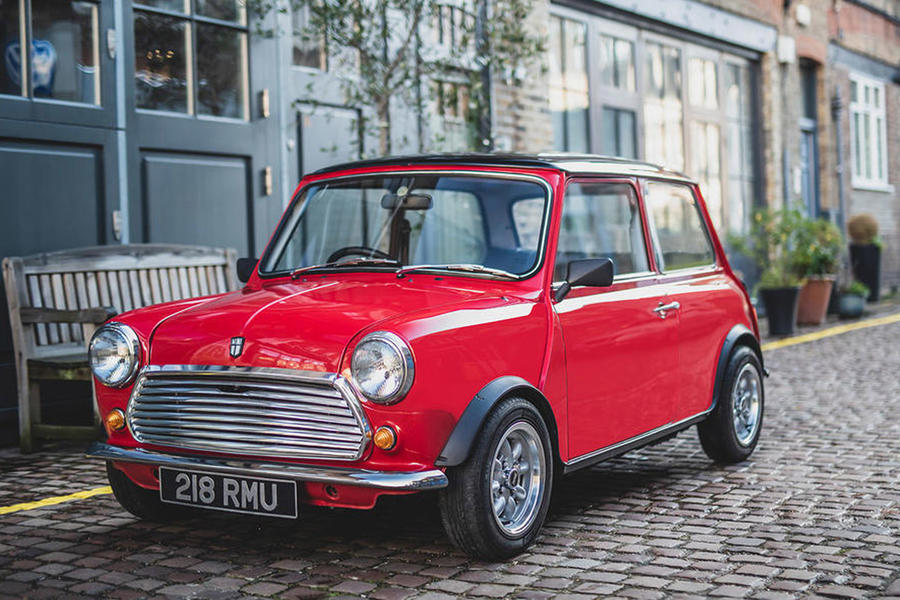 Excited that you can now buy all the kit to electrify an Issigonis Mini for £10k – from Swindon Powertrain. There are plenty of tubby modern city cars, but I reckon this looks a better bet. With over 100bhp and not much extra weight, I’ll bet it’s a hoot.

Our best times behind the wheel of a Lotus

I've been wanting to buy a

I've been wanting to buy a sportcar for a while. My head has recently been turn by a Fiat Barachello. I also like the Lotus Elan. But for me the best reasonably priced second hand sportcar may actually be the mid engined MG TF. They handle and go brilliantly. I think I could like with the K Series engine so maybe it's the one for me.

Nowt wrong with an f or tf, k

Nowt wrong with an f or tf, k series is a great engine, nice and linear and revvy, it sounds nice and is quite torquey, the cars are far more resiliant to rust than mx5s with the main weakness being subframes. Most have had newer head gaskets fitted by now and are probably safe bets. Coolant pipes can corrode causing issues but the body structure is pretty tough and resiliant. The f's vvc engines are great especially the trophy fs.
Ravon 11 November 2020

As an M100 owner from new, and still enjoying the car twenty-six years later, I can only vouch for its excellence . The big let down is the weather proofing, which is honestly pathetic, the car leaks like sieve. I still use mine for the odd track day and despite its age its never humiliated by more modern machinery of similar performance. It needs to be a fast flowing track, slow chicanes highlight its lack of power and any track dampness highlights its lack of an LSD, easily spinning a less loaded wheel on the exit of slow corners. for that reason unless Steve is having an LSD intstalled, I suspect much time will be lost exiting for example Prescott's slow corners. also I believe its a major procedure to install a roll over bar to an Elan , although I have seen it done. My car has the original BBR Chip, AP 4 piston Brakes and Nitron Dampers, the chip, because at the time Bell and Colvill were instaling them to almost all there cars, the AP Brakes, because the car is totally under braked for any track use, and the Nitron Dampers, because the originals were finished and Lotus ( as ever, with no understanding of their heritage with any models ) have no stock of originals.

I have been lucky enough to have an Elan se turbo for the past 4 years and for a front wheel drive car without all the modern electronic aids it handles brilliantly with excellent grip poise, balance and resistance to understeer all with a compliant well damped ride. My advice would be to upgrade the brakes as they are one of the cars few weak points. Looking forward to the next dry day to get out for a blast and get that old school turbo boost punching you into your seat! Hope you enjoy it Steve