BACK TO ALL OPINION BLOGS
Currently reading: Is McLaren readying the Senna for Le Mans?
UP NEXT
Opinion: The Monza Rally is Rossi's to win if he can find a team

Is McLaren readying the Senna for Le Mans?

This track-focused hypercar wouldn’t need to be road legal, unless it were to be entered into the world’s most famous endurance race…
Share
Open gallery
Close
Share story

If the Senna is McLaren’s ultimate expression of a track car, why does it need to be road legal? It’s just about the only question that didn’t receive a convincing answer at the car’s preview.

For the record, the company line is that it had to be road legal “to give owners the option of driving it to and from a track day”. Why’s that not convincing? Well, why would you compromise your ultimate expression of a track car just so it can be driven to and from the track by millionaire owners who likely have numerous cars, transporters and staff to deal with such inconveniences? The ultimate expression of a track car would not, I feel sure, be in need of an immaculately trimmed interior and indicators.

I’d suggest that McLaren had to make the Senna road legal – and build the seemingly high number of 500 of the cars – in order to meet what it imagines will be the homologation regulations required to take the car racing, whether that’s a GT series focused at gentleman drivers or at the highest levels of sports-car racing.

Le Mans and sportscar racing organisers are currently weighing up where to take the sport. Next year, only Toyota is committed to the top-line category, and there are growing calls to throw open the fight for outright wins to heavily modified versions of the latest and greatest hypercars. 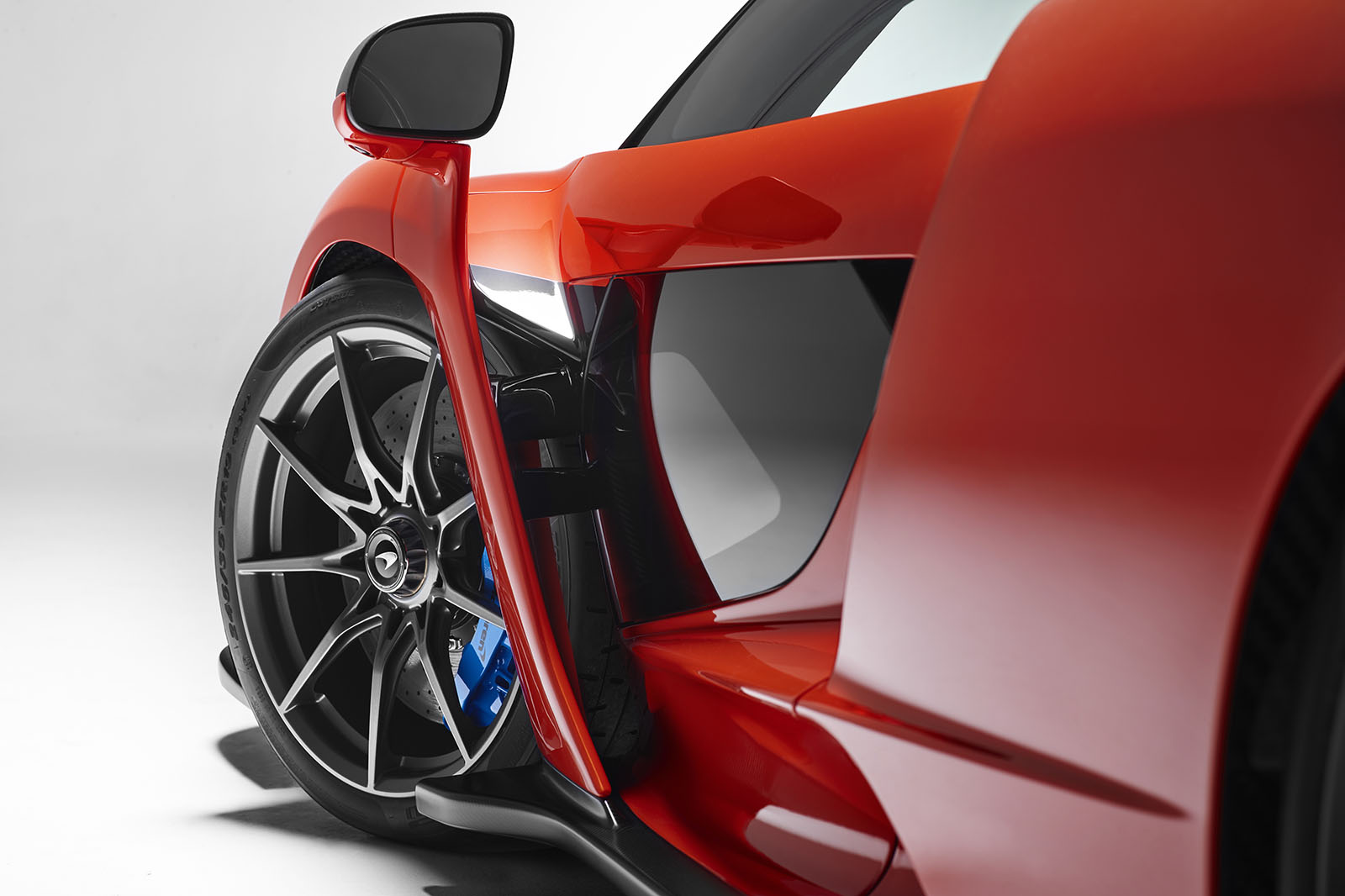 Aston Martin CEO Andy Palmer recently reiterated his enthusiasm for racing the Valkyrie on such terms, and you can imagine the likes of current combatants such as BMW, Ferrari, Ford and Porsche, plus old foes such as Lamborghini, pitching in. Weighed up against the thought of Toyota fighting itself for glory, that’s a mouth-watering prospect.

Ford is perhaps the most apt example to compare McLaren with too: it freely admits it designed the GT to win Le Mans and worked backwards from the race car design to create the road car it needed. Long, wide and squat, and bedecked with an aero-sculpted body and giant rear wing, the GT and Senna have clear similarities.

McLaren famously won Le Mans with the F1 in 1995 and that victory continues to play a crucial role in the narrative that makes the F1 one of the most iconic – and valuable – ever made. Lucky owners and motorsport fans will be hoping that if the planets can be brought into alignment, history can repeat itself.

Previous track-focused hypercars and supercars have generally been based on their standard road models, like the P1 GTR, Ferrari FXX for example but unless I'm mistaken the Senna seems to be a first, a hypercar designed for one main purpose only, to be a track car first. The concept of the Senna is very similar to the GT1 cars from sportscar racing in the mid to late 1990s but perhaps not quite as extreme as those cars as many were pure purpose-built sports prototype racing cars. But nonetheless the Senna only exists for one of two main reasons; it's merely intended to be an extreme track day car for customers like a X-Bow, albeit a very expensive one, or McLaren want to blitz the opposition in GT racing which a purpose built GT racer will do. And it's seems more that a coincidence that there are discussions happening at the FIA and ACO to disband the LMP1 category in the WEC and Le Mans and replace it with a GT1 category, but in the vein of the early 1990s cars which were road cars first. And Aston Martin are keen to enter the Valkyrie in any new GT1 class.

Pah! SUVs are where it's at.

What we need is a Track-focused SUV

Putting the 'Sport' into

Not so much of a compromise...

I don't think it's so much of a compromise to make the car road legal, it's in line with the company ethos, the F1 can be turned from road car to outright race car and back again with relative ease (lots of cash). Plus with these kids and their darn smart pagers and introgram, a road legal car will no doubt end up creeping through London at 2mph and will be all over facelook and other such youthfull websites. It's good exposure for the brand and will put the Senna firmly in the top spot of Mclarens lineup. I do think a dedicated track car which gets driven to circuits in a covered transported will be very quickly forgotten by all but the keenest gasoline enthusiasts.

Plus it will keep the Senna eligable for lots of series and not just the pending GT1 reg's, and I'm sure owners lucky enough to afford one of these will prefer the option of driving to the Yas Marina circuit themsevles.