BACK TO ALL OPINION BLOGS
Currently reading: Racing lines: Verstappen tussle breathes fresh life into Hamilton
UP NEXT
Opinion: why WRX is turning electric

Lewis Hamilton didn’t look much like a driver with retirement on his mind after that enthralling Bahrain Grand Prix, did he?

In a pre-season interview for our website, Damon Hill told us he absolutely “gets” why Hamilton should have signed just a single-year extension to his Mercedes-AMG contract as he keeps his options open for the future.

Sure, Hamilton might still walk away after this season, an eighth world championship secured or otherwise. But under the floodlights at the desert circuit, he showed the world what he’s still made of at 36.

“Still got it, Bono,” he said over the radio to trusted race engineer Pete Bonnington after winning a race that he should have lost to Red BullHonda’s Max Verstappen. “Not bad for an old man,” came the delighted reply.

He said it himself in his post-race interview: Sir Lewis Hamilton is still a man deeply in love with his sport.

A rivalry to savour

Hamilton loves a scrap, because he’s a purist racer. Sure, he wouldn’t trade a single one of his seven titles just because some of them looked a little, well, comfortable; but an eighth could mean the most if he’s forced to fight as hard as seems likely this year.

Red Bull and Verstappen were clearly the fastest combination in Bahrain, and only a heady mix of canny strategy, yet another inspired performance from the racing knight and the Dutchman fluffing his lines with his overly eager attempted overtake four laps from the flag overturned the likely result. Hamilton might well be in for the fight of his life in 2021.

A rivalry with a younger man who he respects might actually extend Hamilton’s career, rather than curtail it. Last year, his conviction to stand up against racism gave him a fresh injection of motivation. Could a similarly powerful shot of adrenaline course through him this season, boosted by the true threat that Verstappen and Red Bull now represent?

Hamilton is a proud man, and he’s not one to back down – especially when he finally has someone to race. Great rivalries are the lifeblood of all sport, and the champion will relish what’s to come.

So however it falls this year, Lewis, please don’t call it a day: your best years – and the ones you might value the most – might still be to come.

It’s early days and he may still have 22 races to prove us doubters wrong, but hearing Sebastian Vettel blame Esteban Ocon after he locked up and rear-ended the Alpine driver underlined yet again just how far this great champion has fallen.

Could his Aston Martin phoenix act end in a puff of smoke, and all too quickly, if he doesn’t start showing signs at Imola that he can rise from the ashes of such a desperate performance? 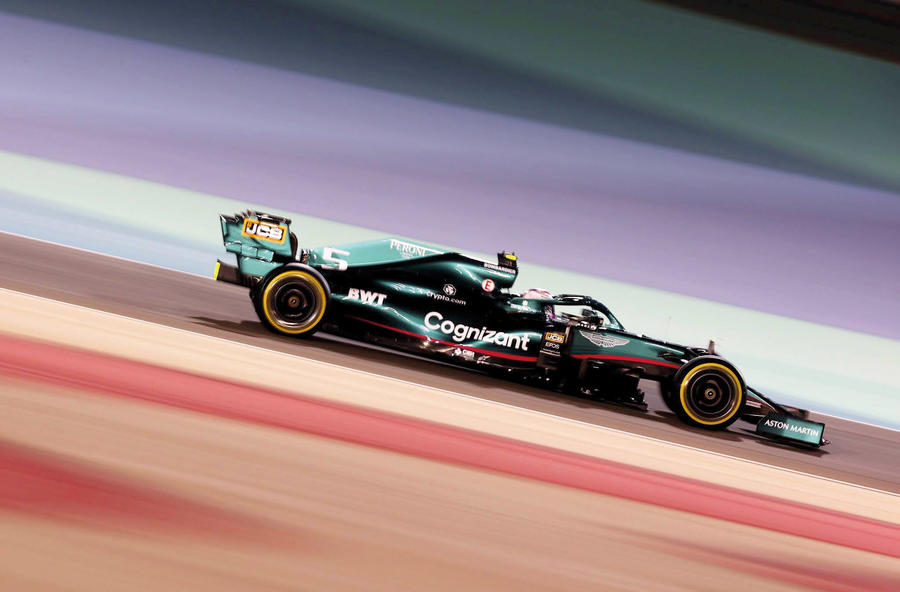 A yellow-flag infringement in qualifying at Sakhir sent Vettel to the back of the grid, although it didn’t make much difference given that he had qualified 18th, ahead of only Haas’s two rookies. A long first stint at least allowed Vettel to rise in a factory Aston team’s first F1 start for 61 years, and the battle with fellow Ferrari old boy Fernando Alonso, not to mention Carlos Sainz Jr (the man who replaced him in scarlet), was fun while it lasted. But the offset strategy meant that it was always a meaningless dogfight.

Aston owner Lawrence Stroll has remained adamant that he was right to drop the effective Sérgio Perez for an illustrious four-time champion. But Vettel is a shadow of the man who strode through F1 with Red Bull all those years ago.

Patience doesn’t tend to be a virtue of billionaire businessmen. Now that the pre-season talk is over, how long before the chairman’s is stretched to breaking point? The contrast to Hamilton couldn’t be more extreme – and yet Vettel is still only 33.

Alonso shines as his Alpine brakes

“I don’t get it,” Hill said on the subject of Alpine during our pre-season catch-up. The Brit scored 21 of his 22 grand prix victories and his 1996 title with Renault power and is confused why the parent company should distance itself from F1 in favour of a brand whose only previous motorsport associations are in rallying and sports cars (and even when it won the Le Mans 24 Hours, in 1978, the car was painted yellow).

“It’s this half-in, half-out thing with Renault,” said Hill. “People who work at the team must want to know if Renault is fully committed. It boosts your confidence when you see the parent company is 100% in. Why have they changed it to Alpine?” 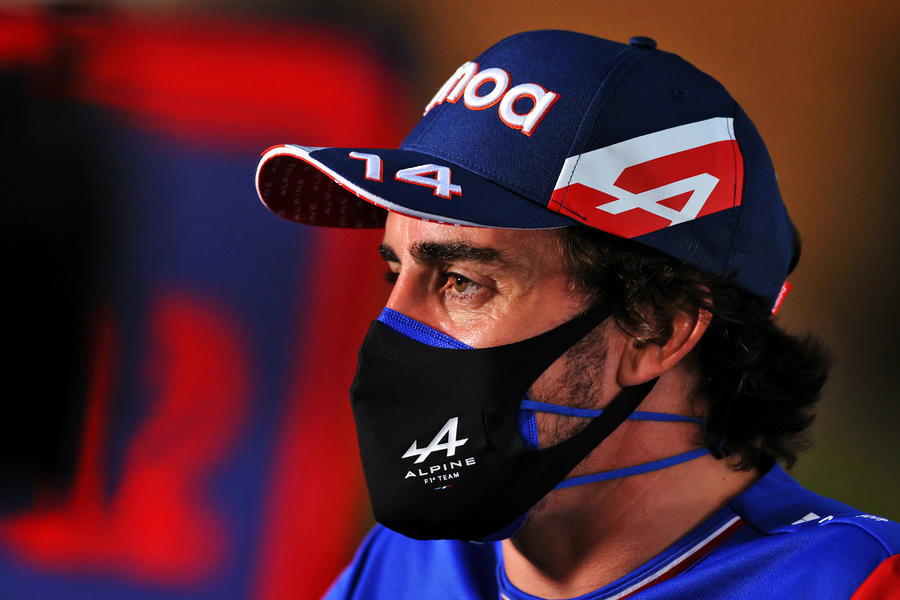 The rebrand didn’t get off to the best of starts in Bahrain, but a bright spot was Fernando Alonso driving like he had never been away. More than two years after he quit McLaren and headed off to conquer Le Mans (twice), win the Daytona 24 Hours and step way off the beaten track to contest the Dakar Rally, the Spaniard didn’t miss a beat.

He qualified ninth, seven places ahead of young team-mate Ocon, ran as high as seventh and his night only unwound because of rear brake problems that forced him to park it early.

Alonso will turn 40 this summer, before Alfa Romeo’s Kimi Räikkönen hits 42 in October. The Finn was knocking on the door for points in Bahrain too, finishing a fighting 11th, ahead of his much younger team-mate.

Meanwhile, Yuki Tsunoda – the first F1 driver to be born in the 21st century – scored on his debut with a fine ninth-place finish. When Alonso and Räikkönen began their F1 careers exactly 20 years ago, AlphaTauri’s promising Japanese was just nine months old. Best not think about it, boys.

My first thought after the first race was that surely George Russell was likely to get an Aston drive from mid season onwards, with Vettel side lined, paid off, whatever.

But now I see Hulkenberg has been taken on as a' test driver' so I guess he's in pole position.

Whichever it is, Vettel is surely on for a mid season retirement - sad but inevitable now

A great race win for the 7 times world championand long may it last, just as we have legends in other sports and the athlete is revered for their innate talent and duration then I believe that Hamilton should be regarded the same way. It was fun for me to watch so called pundits (on a certain sattelite channel) think that a 7 times world champion can just be beaten by a relative novice, if you know F1 you never count out the experienced maestro and have such little regard for the things they have done. I even heard one of the pundits allude to Lewis being a "panic merchant" while Verstappen is "cool calm and collected", this is unacceptable, have the pundit(s) not seen some of the "strategic calculations" Lewis has made while still in a race. Listenening to comments from drivers that were not good enough to be at lesser teams for more that a season or two or never even won a single race in F1 is laughable to me. I hope he goes on to win 10 or more championships because talent should be rewarded same as in golf, tennis, football boxing and any other sport because sport shold be a meritocracy.

This reads like pitch for the movie rights to me, yes, we'd like to see a season off wheel to wheel action, yes a fairytale ending to Hamilton's career, and yes, at the moment there's nobody else Google enough except Verstappen to take him on, and as for the "not bad for an old man" quip, I've got Socks older than him, do you know, I don't think I'd miss him if he retired from F1, F1 isn't all about one driver, it's about the next F1 star, and hopefully with the race format changes, we'll get some good races.