BACK TO ALL OPINION BLOGS
Currently reading: Exciting Australian Grand Prix proves F1 is back
UP NEXT
Matt Prior: The Honda that's not quite jazzy enough

For starters, a red car, not a silver one, won. And not only did it win under the control of Sebastian Vettel, it dominated. Mercedes driver Lewis Hamilton had no answer for the Ferrari’s pace, which is something we haven’t said for a very, very long time.

F1’s drastic aerodynamic changes played a pivotal part in the result. Pace was significantly faster – the quickest lap was just shy of 2.5sec shorter than last year’s – and the larger, more durable tyres allowed drivers to push for longer.

It was the reason Vettel was able to jump polesitter Hamilton after the first stops to take the lead, because he could keep the hammer down while Hamilton got stuck behind Max Verstappen’s Red Bull, having pitted before his rivals. 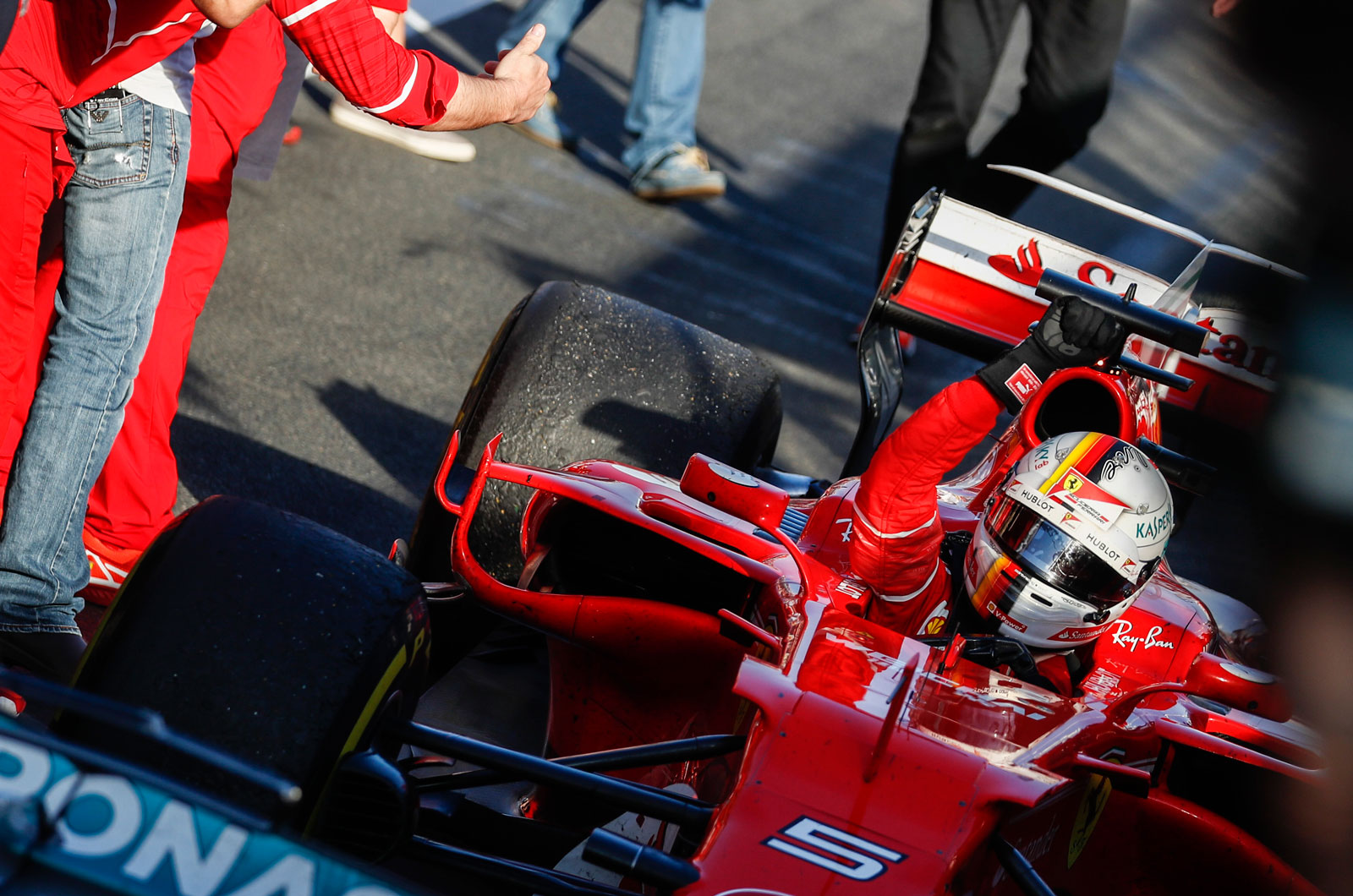 Had the Drag Reduction System (DRS) been more effective, Hamilton might have been able to blast past Verstappen. But it seems this year’s aerodynamics have reduced the system’s impact - which is a good thing.

Behind the sharp end of the field, there was plenty more on-track action, and Williams showed strong race pace not far behind the leaders. Force Indias and Toro Rossos traded places further back, and even the McLaren showed some promising potential, although not even Fernando Alonso could overcome the obvious power issues of Honda’s 2017 powertrain.

Visually, the 2017 cars looked quicker and drivers could be seen hustling them with more aggression than before. So simply put, watching a Formula 1 car be a Formula 1 car is more exciting this year.

Melbourne is often labelled as a unique race and the following, more conventional circuits will be better signals as to how 2017 will pan out. But as far as first weekends in a heavily altered Formula 1 championship go, this was a very good one.

An easy measure : ban the

"Exciting Australian Grand Prix proves F1 is back"
Is it a joke ?

Australian GP is often animated. This GP was flat.

Overtakings by the stand, multi champion drivers radioguided (don't attack, don't attack). It's the come back of modern F1, yes...

The only good thing is the come back of Ferrari.

Staring at the TV on a Sunday afternoon, wondering if you could have put the last 2 hours to much better use, proves F1 is back.
View all comments (14)