BACK TO ALL NEWS
Currently reading: Lewis Hamilton: "I'm still driving at my best"
UP NEXT
Motoring heroes: the most inspiring people in the car industry

Ahead of this weekend's season opening Formula 1 round in Australia, we catch up with three-time champ Lewis Hamilton to see what he makes of the championship changes.

What’s your opinion of the technical rule changes for 2017?

“You can definitely feel there’s more downforce this year – we’re flat out through turn three at Barcelona – and you can push the tyres harder. Previously, they only had a certain amount of life in them, but this year they’ll be more consistent. That’ll be fantastic for us because there will be more sprint-like stints in races because we’ll be able to push for longer.”

Will this make for closer racing?

“The feedback from my engineers says [overtaking] could be harder. The dirty air is far more powerful and far more turbulent than it has been in the past. But that’s where the extra tyre grip will help.”

How much of a threat is your new team-mate, Valtteri Bottas?

“Valtteri has settled in comfortably in a short space of time. He’s in a great frame of mind and he has a lot of positive energy. I can’t say how much of a threat he’ll be yet, but when he sees me at my most intense and I see him at his, that’s when we’ll discover the most about each other. I want him to be the best he can be.”

How have you prepared for the 2017 season?

“It doesn’t matter where you rain or how much you train in the gym: you get in that car and it beats the hell out of you. Turn three at Barcelona wrecks your neck. But it’s after testing when you figure out where you’re weak and train those areas before the first race. I’m mentally ready for this season.”

Now you’ve had time to reflect, what do you think of Nico Rosberg’s retirement?

“I think F1 in general is such an intense sport. I can really understand the feeling of wanting to stop and do something different. But then I see the [new] car and think: I’m going to stay! I’m still driving at my best.” 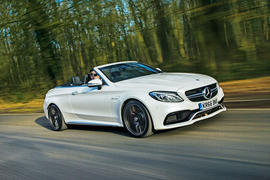