BACK TO ALL OPINION BLOGS
Currently reading: Inside Volkswagen's Wolfsburg production plant
UP NEXT
Matt Prior: the Huracan Sterrato is an exciting proposition

Europe's biggest car factory was the birthplace of the Beetle and Golf models; today's workforce shows real determination to move on from Dieselgate
Open gallery
Close

There is no better illustration of Volkswagen’s determination to move on from the Dieselgate scandal than the production lines of its Wolfsburg HQ.

For those that don’t know, Wolfsburg – laid out in the 1930s to build the Beetle and now home to the Golf family – is Europe’s biggest car factory. Last year it built 827,400 Golfs, Tiguans and Tourans with a workforce of 21,000. For scale, its perimeter is said to contain an area as big as Gibraltar.

It is also generally accepted to be the world’s biggest-output car factory under a single roof, even if one of VW’s joint venture plants in China is said to build more, from four individual buildings.

Given the background of VW’s Dieselgate woes, at first it seems surprising that journalists are being shown around this plant, which surely will reveal Wolfsburg as a ghost factory, the tumbleweed blowing through disused assembly halls, the workforce gathered to discuss last night’s football rather than screw together some more of those dirty diesels.The reality is far from it. It will come as a shock to critics that Wolfsburg looks to be in rude health, with the two main Golf production lines pumping out 2200 cars a day at a near-perfect 98.3% capacity utilisation.

If a few glitches could be eradicated, plant boss Jürgen Bastek is confident Wolfsburg could achieve 100% capacity utilisation – a figure that most European car plants can only dream of.

Yet despite this flourishing production, VW remains committed to the most dramatic upheaval since it phased out the Beetle for the Golf – a refocus on electric cars, with a brand transformation to match, and a wholesale reorganisation to prevent a future repeat of Dieselgate.

Wolfsburg is pretty much first in the firing line of this revamp. While it is not yet confirmed as the home of the new MEB-platform electric car family, it’s safe to assume a large proportion of the million electric cars per year VW says it will build by 2025 will be screwed together in Wolfsburg.

The workforce, for example, is already receiving painstaking training in the procedures to fit and connect-up battery packs, a skill expected to be in strong demand when the new range of electric VWs launches in late 2019. 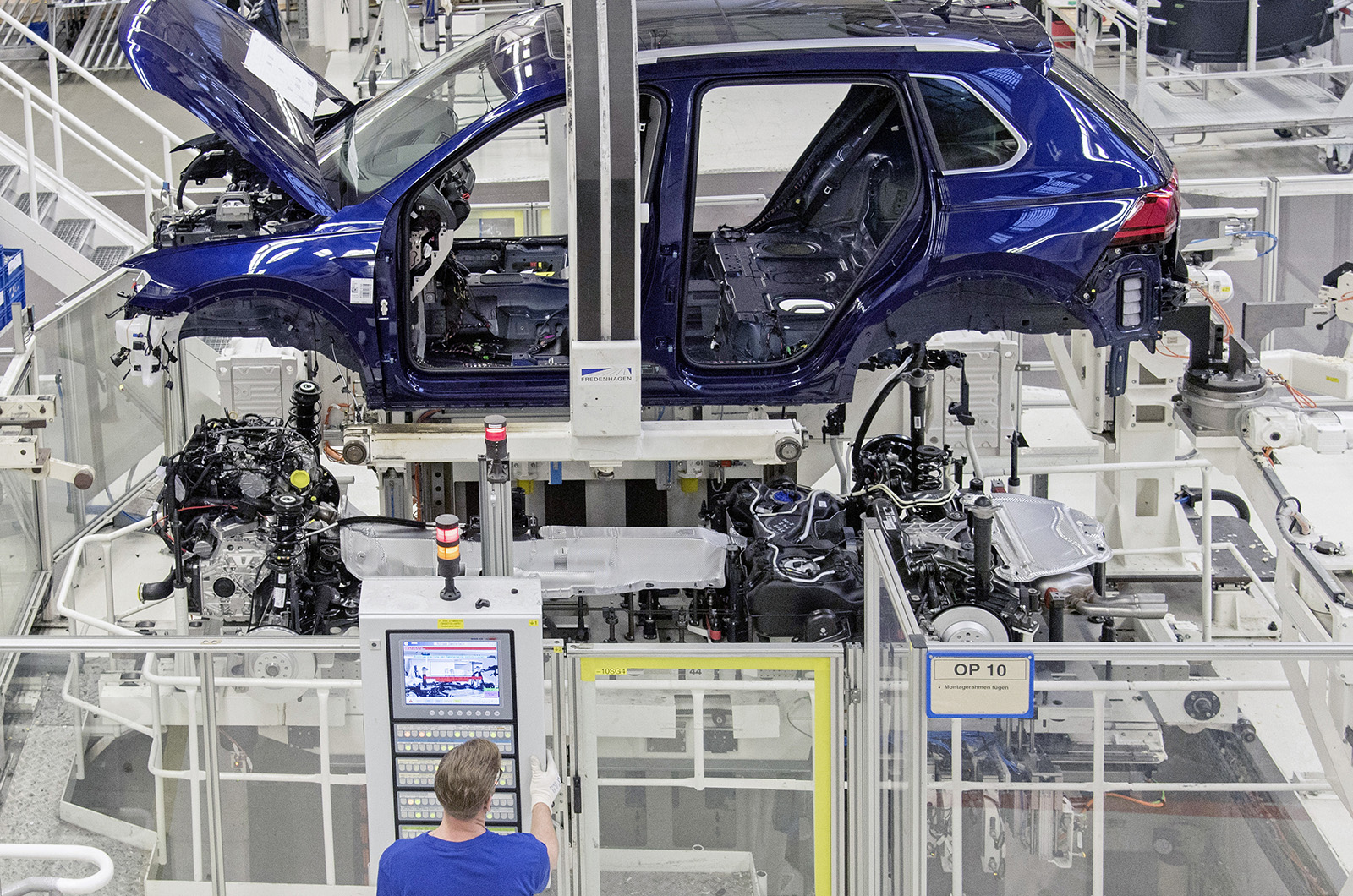 Despite being in rude health, Wolfsburg faces three years of disruption, largely because MEB-platform cars will be built from unique modules that can’t easily be incorporated into the MQB production tooling and assembly line. Whether this means a whole new assembly hall or a clever reconfiguration of the existing buildings isn’t yet clear.

Will buyers come forward, though? It still remains to be seen whether VW’s loyal middle-class buyer base can be persuaded that their next family car has-to-be electrically-powered, with all the uncertainty that brings.

To consider this degree of disruption, VW must be convinced that it is taking the right strategic steps. Otherwise, why would it risk upsetting a plant operating at a near perfect 100 per cent capacity utilisation and whose output underpins the company’s very survival?

The explanation, of course, is that no other car company is in VW’s position right now, which leads to the main conclusion that VW is deadly serious about making its venture into electric cars a success. But also that the cost of failure is too unpleasant to consider.

I'm sure I read in Autocar Volkswagen's mega (BS) plan to sell 3 million EVs by 2025. Three weeks haven't gone by and Julian Rendell is saying from Wolfsburg that VW will only be making 1 million EVs. That's quite a scaling down! Nice PR trick making two million EVs disappear. If only they could wish away the emissions scandal just like that.
JJ 19 September 2016

...about MQB and it's already facing "disruption", (read "the scrapheap"), due to VAG desperately needing to rush in MEB so as to make a break with the sordid cheating it admitted to about its diesels...

Who's to say what kind of problems a rushed electric platform is going to result in for them, over the next 5-10 years?

and in the real world with sat nav,music ,heat/aircon,lights 70 miles in the winter.judging on how appalling their petrol and diesel cars perform in real tests.I will not buy Audi Vw again.They treat the European buyers like _hit and give the USA preloaded credit cards for fuel and compensation on top.
View all comments (4)