BACK TO ALL OPINION BLOGS
Currently reading: Why Infiniti's European exit is no surprise
UP NEXT
Opinion: Mercedes EVs will get you home on the range

Why Infiniti's European exit is no surprise

Poor sales, unfortunate timing and an audience that never quite accepted Infiniti as a premium brand all contributed to its eventual surrender
Open gallery
Close

Not many people will mourn its passing in the UK, beyond thoughts for those whose jobs are affected. Yet an important point on that: parent firm Nissan is confident of redeploying most Infiniti staff, as it works towards Infiniti’s exit proper from western Europe early next year.

Today’s news is the firm’s own answer to something we’ve asked a few times over these past few months: how to turn Infiniti around in Europe? Turns out it just couldn’t be done, the vast sums needed to invest in electrification to reduce fleet emissions here bearing no viable business case to get the returns that investment needed.

Infiniti launched in the UK and Europe in 2008 with the wrong cars at the wrong time. Big petrol-powered SUVs in form of the EX and FX launching in a market already dominated by diesel was never going to get the company off to a flying start.

When a diesel saloon did arrive a few years later in the form of the M, even that was in the wrong segment, Infiniti choosing to take on the BMW 5 Series (and failing) instead of going after the volume it really needed. By then, the market trend was already heading towards SUVs anyway, and Infiniti was late to its second party. 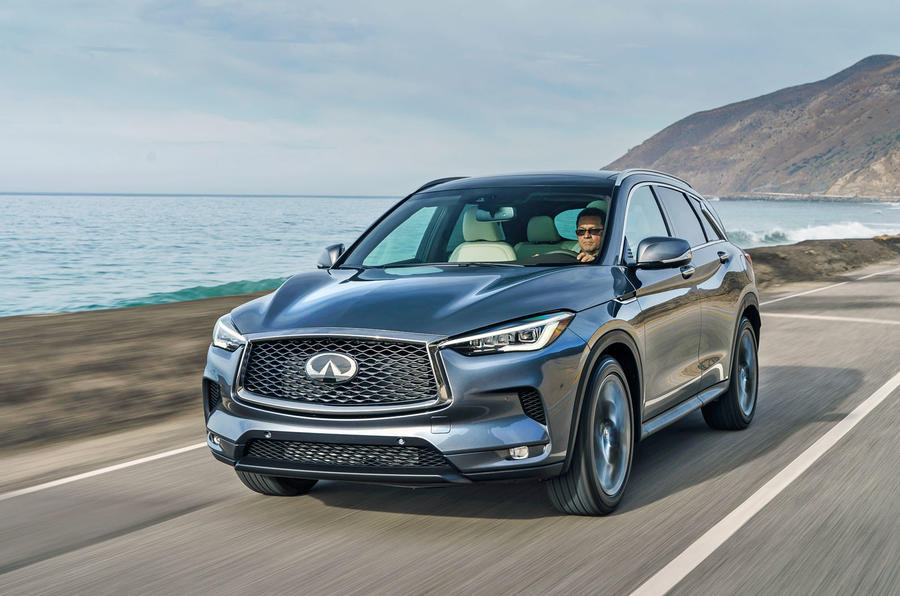 But a British-built, European-engineered, Mercedes-based hatchback and crossover pitched right at the heart of the European family hatchback market ought to be a sure-fire hit, right? Wrong. The Q30 and QX30 simply were never good enough.

When they didn’t work, the game was already nearly up. Confusing buyers with a renaming strategy of models, and then axing cars almost as quickly as they were launched (Q60, anyone?), meant the end was nigh.

What Infiniti has always done is create some exciting, vibrant and creative concept cars. Yet rather than shine a light on the brand, all they did was highlight just how far they were from the reality of what you could actually buy from a dealer.

Quite how much of this is to do with Carlos Ghosn’s recent fall from grace remains to be seen, for having a Nissan luxury arm as a true global rival to the likes of Mercedes-Benz, Audi and BMW was always a pet project of his. With Ghosn gone from Nissan, Infiniti’s European presence has followed him in double-quick time.

The 60,000 customers Infiniti has acquired in Europe in the past 11 years is tiny, a kite in a hurricane. The aforementioned German trio sold nearly that many cars between them in the UK alone in the first two months of this year, with some 50,000. Infiniti in the UK in those same two months? Just 48. The only surprising thing is that Infiniti has lasted this long.

I dont think Lexus ever made much traction in any European market Bigga (setting pricing levels as per the established Premiums), and has never been seen as 'premium' by the buying public. The numbers speak for themselves. And thats why a tarted up Datsun (regardless of engine) hadnt a snowballs chance in hell....as I said at the time.

Isn't it amazing how the

Isn't it amazing how the German diesel scandal is blamed totally on the VAG group when they were all at it...

To get the idea across that your product is premium and therefore worth paying more for then the concept of it's high end nature meeds to pass into public consciousness, and that needs years and years of advertising, sponsorship and masses of cash to ingrain the perception into people, ask someone who has little interest in cars what an Infiniti is an they have no idea. A larger part than people want to admit of the benefit of premium brand ownership is the implicit understanding that others will regognise that you've paid more for the product and are therefore more successful. Infiniti always seemed they wanted to grow the brand awareness organically off the back of car sales, and a confusing line up and renaming certainly wont have helped but lack of brand awareness an unwillingness to invest the huge sums required to compete Audi etc means there was very little desire created. Lexus struggles similarly - their initial LS sales were okay 20 years ago when the product was considered excellent, reliable and with huge amounts of standard kit at a time Mercedes lost face with brand reliability problems, but one Alan Partridge joke and they still haven't recovered their public image.

Isnt it amazing that people

Isnt it amazing that people recall the Alan Partridge joke more readily than they recall the VW diesel scandal, seems to be the case given the likes of Audi, BMW & Merc continue to sell like hot cakes yet all along Lexus were right in their decision to go hybrid long before the German trio thought of it.

Infiniti were doomed from the start, getting hand me down Merc engines that were already past their best. You are right marketing is the key, if you see it or hear it enough you will be hoodwinked into thinking you are buying into something special and paying a premium for it yet what you get is often far less than what is being offered by some other brands.

It just shows that however much people dont want it to be true, the human condition is based around a narrative we all have in our minds imagining where we want to be and who we are in life - the Alan partridge joke put a fundamental dent in the desirability of Lexus, the emissions scandal was taken as cheating on a test for some imaginary numbers that if you asked the man in the street how many g/km his car put out of CO2 he wouldnt know or really care much, (unless he was being taxed on it by his company) it's some intangible thing he couldn't see that has no effect on the desirability of the brands in question, and the public equated it to fuel economy figures which had become an accepted lie we all knew about anyway. So apart from the capital cost of the recalls, the lawsuits and the switch away from diesel and developing new engines the actual long term public perception of the brands was pretty much unchanged and hasn't affected sales much. Yes it's cost billions but that's effectively a one-off and has sped production of electric cars, there hasn't been a switch away to rival brands like Lexus. Infiniti hadn't even reached public awareness never mind having a positive or negative image.