Former Nissan and Renault chairman and CEO Carlos Ghosn has been granted bail by a Japanese court, four months after being arrested for financial misconduct, with Japanese media reporting that could be released from prison today (Tuesday).

Ghosn was arrested last year, and has been charged with a number of misconduct charges relating to his time in charge of Nissan. He has repeatedly denied all the charges.

After having several previous bail requests denied, the 64-year-old recently appointed a new legal team. A fresh appeal has now been successful, with the Japanese court setting bail at one billion yen (£6.8 million).

The terms of the bail have not been revealed. It had previously been denied because he was considered a flight risk, and is only granted if the court considers a suspect is unlikely to flee or destroy evidence.

While the charges Ghosn has been arrested for relate solely to his time leading Nissan, he has also been removed from his chairman and CEO role at Alliance partner Renault.

In February, Renault revealed it had asked judicial authorities to look at a 50,000 euro (£44,000) contribution it made that may have been used to fund Ghosn's wedding.

The evidence, which the French firm says came to light during compliance audits undertaken following Ghosn's arrest last November. Renault says that the discovery, the first suggestion of Ghosn using Renault funds for his "personal benefit", requires "further checks to be carried out".

The contribution was part of a larger charitable donation agreement between Renault and the Chateau de Versailles, which allowed the firm to use the palace for events. Ghosn held his wedding at Versaille in 2016, and it is thought he used the venue as part of its arrangement with Renault.

According to The Financial Times, Ghosn's lawyer issued a statement offering to repay the money. It read: “Carlos Ghosn paid for all of his wedding expenses. The event space at Versailles was made available to him without charge, and Mr Ghosn was unaware that the use of the space would be charged against Renault's allotted usage.”

Renault initially kept Ghosn as chairman and CEO following his initial request, but he recently stood down from both roles to focus on his forthcoming court case in Japan.

Former Michelin CEO Jean-Dominique Senard has now been named director and chairman, while Ghosn's former deputy, Thierry Bolloré, takes over as CEO in a move to new structure less reliant on one individual.

The French government earlier revealed that Ghosn decided to resign after reports he would be ousted from the French car maker in an emergency board meeting. The decision is believed to be an attempt to heal the rift between allies Nissan and Renault that has developed since the scandal broke.

A statement issued by Renault confirmed Senard "will be the main contact person for the Japanese partner and the other Alliance partners for any discussion on the Alliance's organisation and evolution". It continued: "He will propose to the Board of Directors any new Alliance agreement that he considers useful for Renault's future."

The architect and former boss of the Renault-Nissan-Mitsubishi Alliance is still detained in Japan, facing charges of serious financial misconduct. His resignation comes two months after his arrest and subsequent dismissal from Nissan.

Nissan and Mitsubishi previously claimed in a joint statement that Ghosn received £6.9 million in 'improper' payments without consulting the board.

Ghosn was indicted on charges of serious financial misconduct, aggravated breach of trust and understating his income for three years. Subsequently, new allegations came directly from two of his former employers, claiming he failed to consult the board when receiving payments from Nissan-Mitsubishi BV (NMBV), a Netherlands-based joint venture set up to explore greater collaboration within the group.

After fresh allegations emerged, Ghosn issued a public statement claiming that he has been "wrongly accused" of serious financial misconduct.

The 64-year-old was arrested by prosecutors in Japan in November last year. He made his first public appearance at a court hearing in Tokyo in January. In a prepared statement to the court issued by his legal team, Ghosn said: “I am innocent of the accusations made against me. I have always acted with integrity and have never been accused of any wrongdoing in my several-decade professional career. 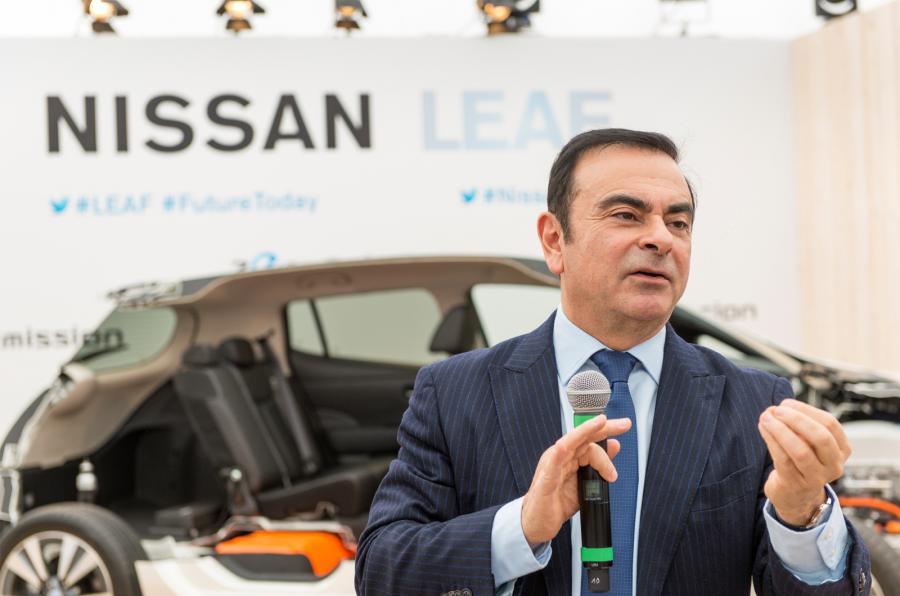 “I have been wrongly accused and unfairly detained based on meritless and unsubstantiated accusations.”

The court hearing was requested by Ghosn’s lawyers to explain the reasons for his prolonged detention. The judge, Yuichi Tada, said it was because he was considered a flight risk and there was the possibility that he could conceal evidence.

According to reports, Ghosn was led into the court in handcuffs and with a rope around his waist and appeared notably thinner than previously.

In his statement, Ghosn also listed his achievements during his time as head of Nissan, and added: “I have a genuine love and appreciation for Nissan."

He said: “I believe strongly that in all of my efforts on behalf of the company, I have acted honourably, legally and with the knowledge and approval of the appropriate executives inside the company – with the sole purpose of supporting and strengthening Nissan, and helping to restore its place as one of Japan’s finest and most respected companies.”

Ghosn’s statement included rebuttals of several of the specific charges made against him, which include claims he moved personal investment losses totalling 1.85bn yen (£13.3m) to Nissan.

He said he did ask the company to take on the collateral temporarily due to his foreign exchange contracts but that the company didn't lose money through this move.

Ghosn has also been accused of using Nissan funds to make payments to Saudi businessman Khaled Juffali, in return for a letter of credit to help with investment losses.

In response, Ghosn said that Juffali was “appropriately contributed” for helping Nissan secure funding, solve an issue with a distributor in the Gulf region and negotiate the development of a plant in Saudi Arabia.

Representatives of the Khaled Juffali Company also issued a statement, saying that the payments it received from Nissan were "for legitimate business purposes".

Renault is back to stability now, since the customer may feel more confidence, which was somewhat lost due to the company's or' more likely, its CEO's lack of decisiveness