BACK TO ALL OPINION BLOGS
Currently reading: Why an 18-year-old bought a 1972 Alfa Romeo Giulia
UP NEXT
Racing lines: Alex Lynn chases the dream at Daytona

Yousuf Ashraf found a 90bhp Giulia Super 1.3 hidden away in Italy; after buying it for £10k, he shipped it home and completed the restoration
Open gallery
Close

Does this call for a trip to the local Vauxhall dealer? Or a used car supermarket, perhaps? Well, for me, it was a trip over the English Channel, through France and into Italy, where I found my dream car: an Alfa Romeo Giulia. Yes, a 46-year-old family saloon car – the obvious choice.

Modern cars are all very well, of course, but I admire classics, relishing the need to contend with unassisted steering, the absence of driver aids and skinny tyres with little in the way of adhesion. You get the idea.

When I began my search for such a thing, I was looking for a relatively cheap, usable car with a lithe, athletic chassis – of which there are many. I soon became enamoured by Alfa Romeo's 105 series, which was in production in many forms from 1962 until 1978. It seemed to tick every box and came with a dose of style and character that only the Italians can seem to muster. 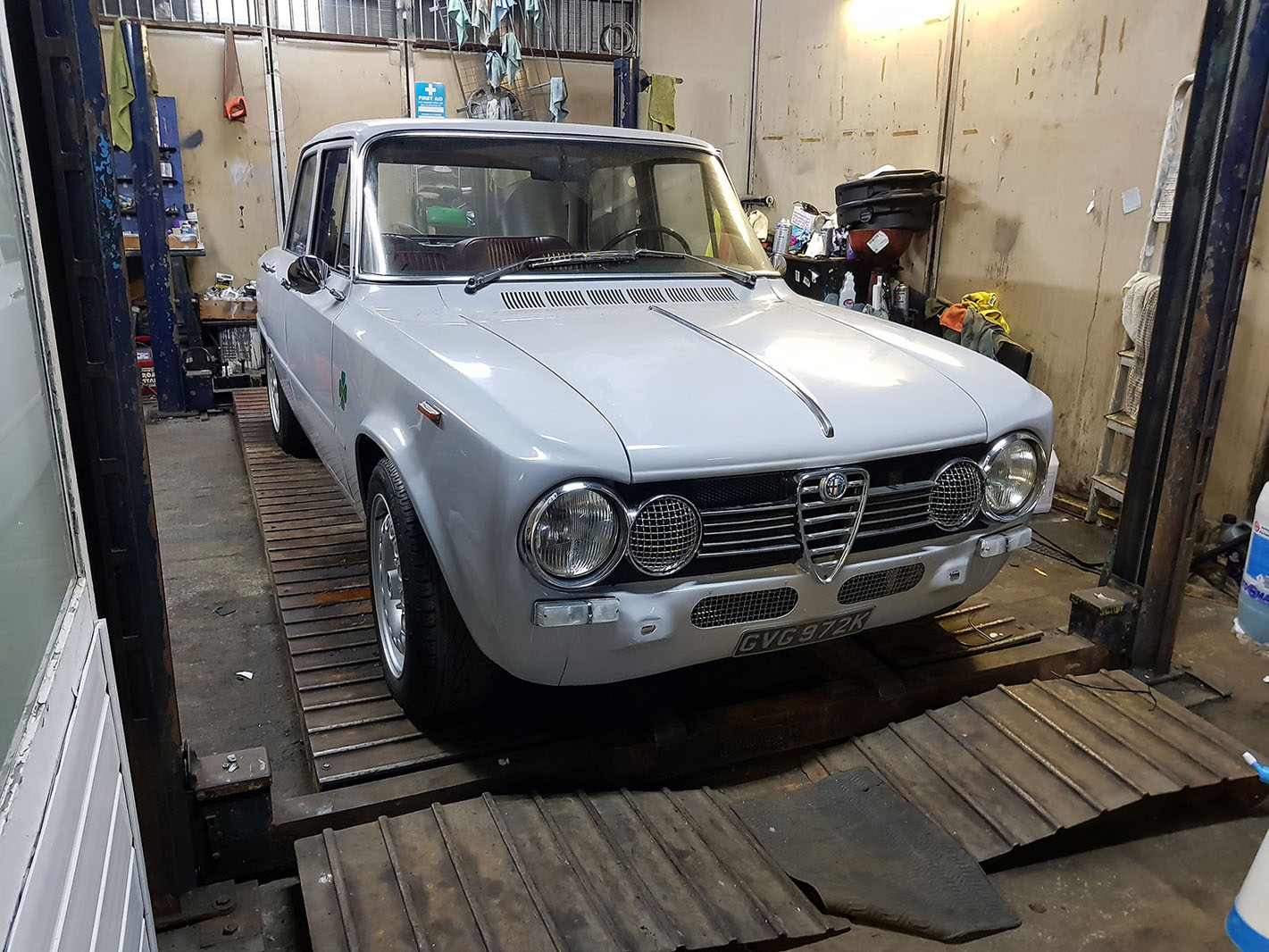 A revvy twin-cam engine, five-speed manual gearbox and rear-wheel drive sounded perfect. Less perfect are the soaring values of 105 Spiders and Coupés, as I soon discovered when I delved into the classifieds, but it seemed that the regular Giulia saloon had been left behind somewhat.

It’s an unusual-looking thing, the Giulia. So faithful to the three-box shape, it stands on soft, long-travel springs and looks somewhat ungainly, despite sharing its underpinnings with the stunning Bertone-designed Coupé and Pininfarina-penned Spider variants.

But I immediately fell for it. I loved the deep, concave sweep along the flanks, the slash across the rear arches and the strakes running down the bootlid (about the only thing the Giulia shares with one of my favourite modern-day cars, the Porsche 911 GT3 RS). The appeal of turning this practical old box into a road racer was irresistible.

And so the hunt began for a rust-free, mechanically strong Giulia, but finding these attributes in an old Alfa is tricky. Those that were sold in the rain-sodden UK have usually long since rotted. These cars last better in warmer, dry climates, and there’s surely no place better to search than in the car's home territory of Italy. 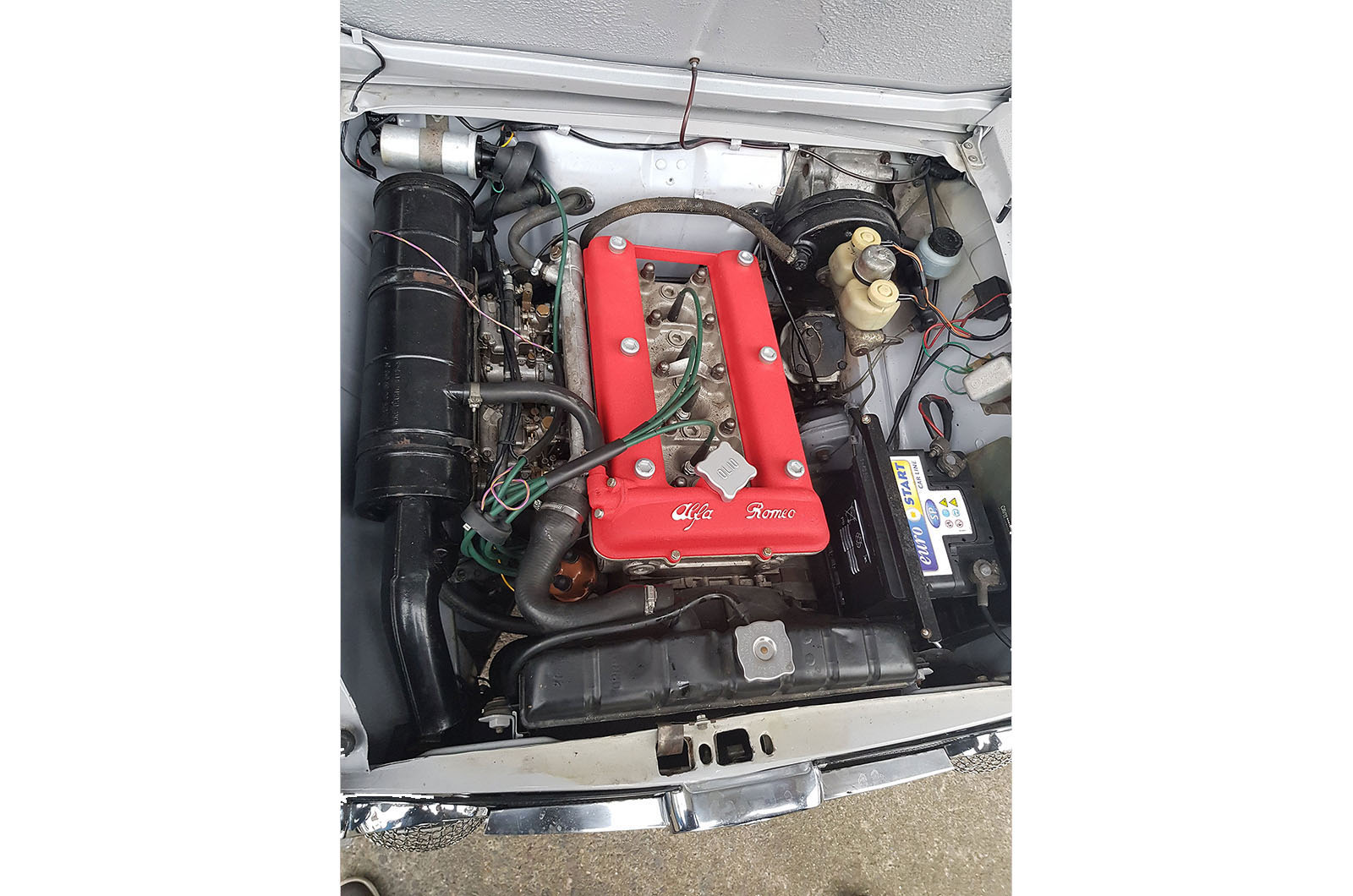 I searched through the Italian classifieds and found a few contenders. I enlisted the help of my Italian-speaking sister, who chatted to some charismatic sellers over the phone, and then flew over to look at some cars. There were cheap rot boxes, then some expensive rot boxes... and then the car: a 1972 Giulia Super 1.3 with twin Dell’Orto carburettors, finished in the unusual Indigo Grey paint colour and oxblood hide inside.

The unibody was free of rot, the interior was in good condition and the mechanicals seemed decent. The salesman was an old-school mechanic who generously brought the price down to €11,000 (roughly £10,000), and I returned home delighted with our purchase. I did want to drive it home, of course, but going 1000 miles without incident seemed highly hopeful at best.

When the car arrived on the driveway of my family's home, it looked alien, so small, yet so bold in its new environment. I was itching to jump in and go for a drive, although when I did, I inevitably discovered a number of issues.

The car's delicate, wooden steering wheel was lovely to hold, but there were at least three inches of play in the system, while the engine idled at 3000rpm and the suspension groaned over bumps and lurched over when pushed. But even so, there was an engaging chassis beneath. There was also the obligatory breakdown – outside a prison, no less. 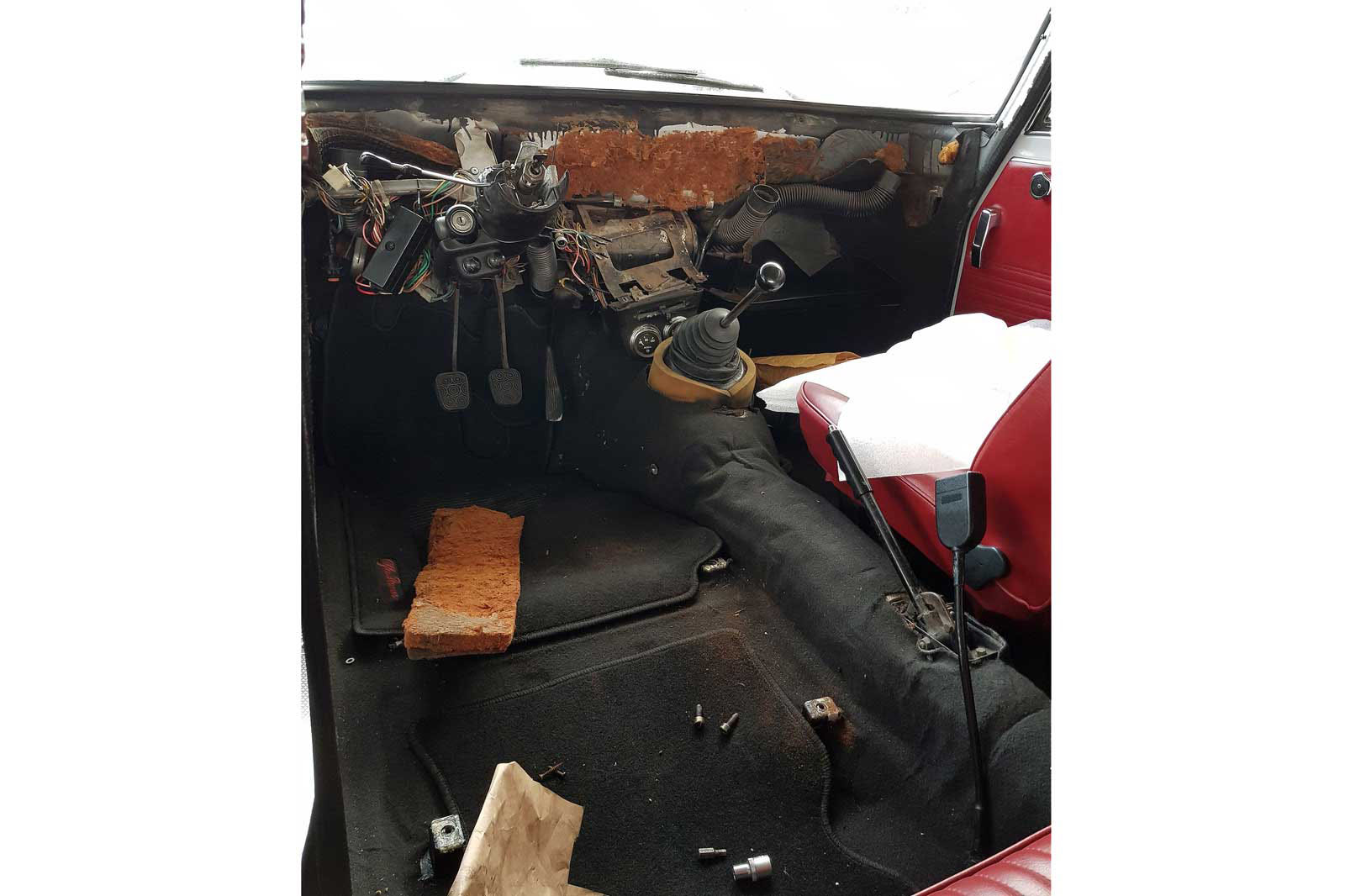 And so the rejuvenation began. I fettled the carbs, had the interior refreshed with new veneer panelling, and generally fiddled, tinkered and replaced to get everything looking and working perfectly.

Besides this, I made some chassis changes, which I was the most excited about. A visit to Alfaholics in Bristol (creator of the wonderful, 240bhp GTA-R restomod) prompted the purchase of a lower, firmer spring suspension kit, GTA replica alloy wheels and a set of Koni dampers.

From start to finish, the transformation took just over six months and cost me around £3000. It will never be ‘finished’ as such, but it's close, and I’ve been driving the car every day for a while now – enough to give an idea of what it’s like to own.

There isn’t much else like it on the road. It feels narrow and upright but gives a panoramic view past its tiny A-pillars, and you’re swamped in terms of both size and performance by modern metal. It's an intimidating feeling at first, but I soon learnt to enjoy it.

Producing just 90bhp (confirmed by a dynamometer, to my surprise) in 1290cc guise, the Giulia thrives on revs, needing to be driven fairly hard to keep up with today’s traffic. But this is no bad thing, because the gearing is short and the motor is zingy with a lovely induction growl. The gearchange has an oily, mechanical throw and the pedals are perfectly placed for heel-and-toeing – something that's necessary to avoid wearing out the synchromesh. 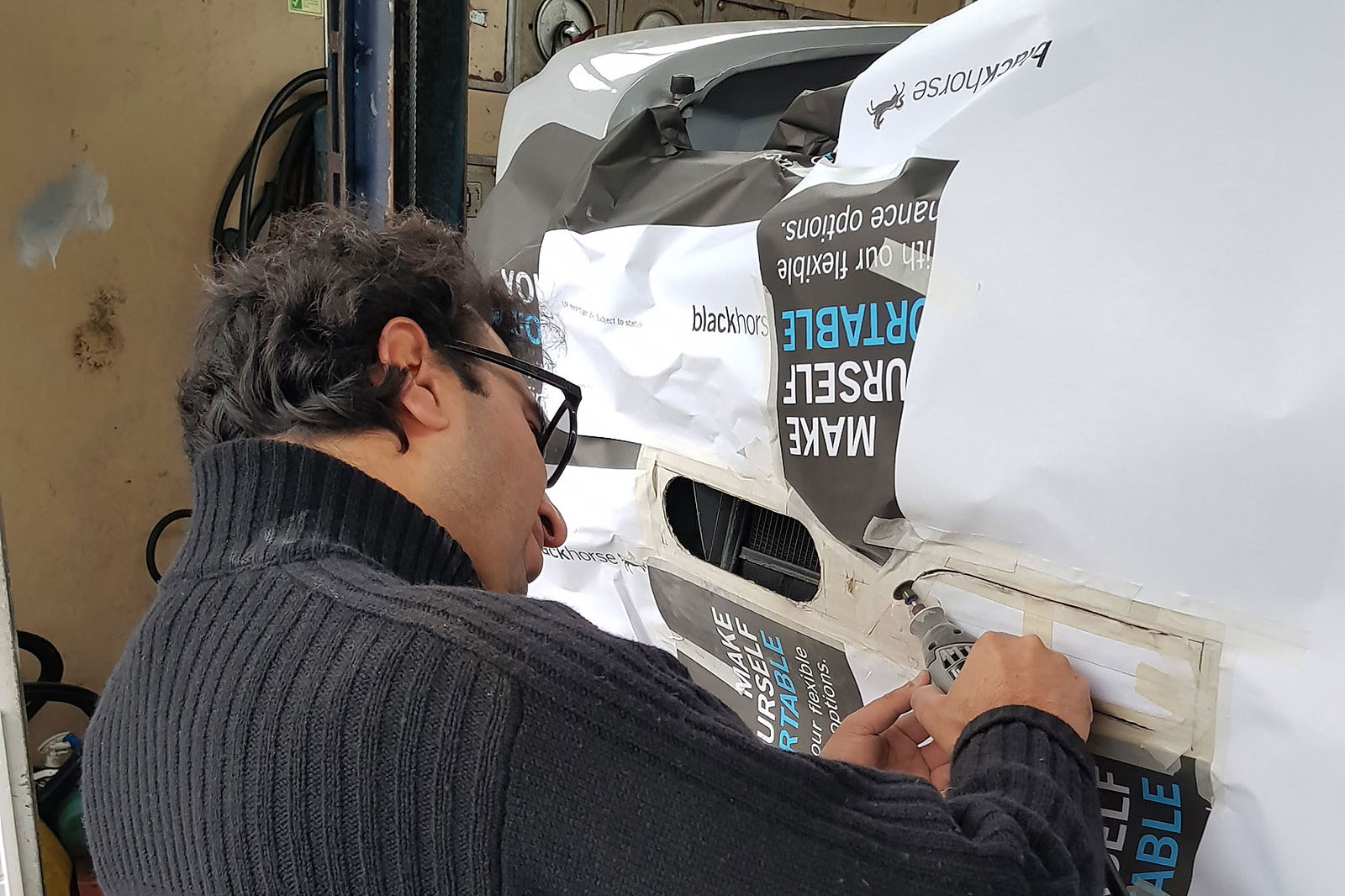 Then there’s the sense of speed; when pushing, the noise and feeling of exposure in such a car makes 60mph feel like a ton, and this is something I've found is key to its enjoyment.

We go fast for the sensation of going fast, not for the numbers we see on the dashboard. Getting that rush at road-legal speeds is something that classics hold over newer stuff, where you can cruise past the speed limit without ruffling a feather.

In corners, the Giulia's steering gives that familiar, old-school chat. And although my car is now lower and stiffer than it was when it left the factory, there's still some body roll, which gives a great feeling of grip building up the side. With the car being so narrow (1560mm, compared with 1873mm for its modern-day namesake), it’s easy to pick your line through corners. And I chose skinny 175-section rubber (although the factory-fit Pirelli Cinturatos were thinner by another 10mm) to allow the car to move around at lower speeds.

The handling is delicate and adjustable, with the car weighing around 1000kg at the kerb, and the new damping works well; it's pretty firm but gives a great sense of connection, and on full soft, the ride is tightly controlled. 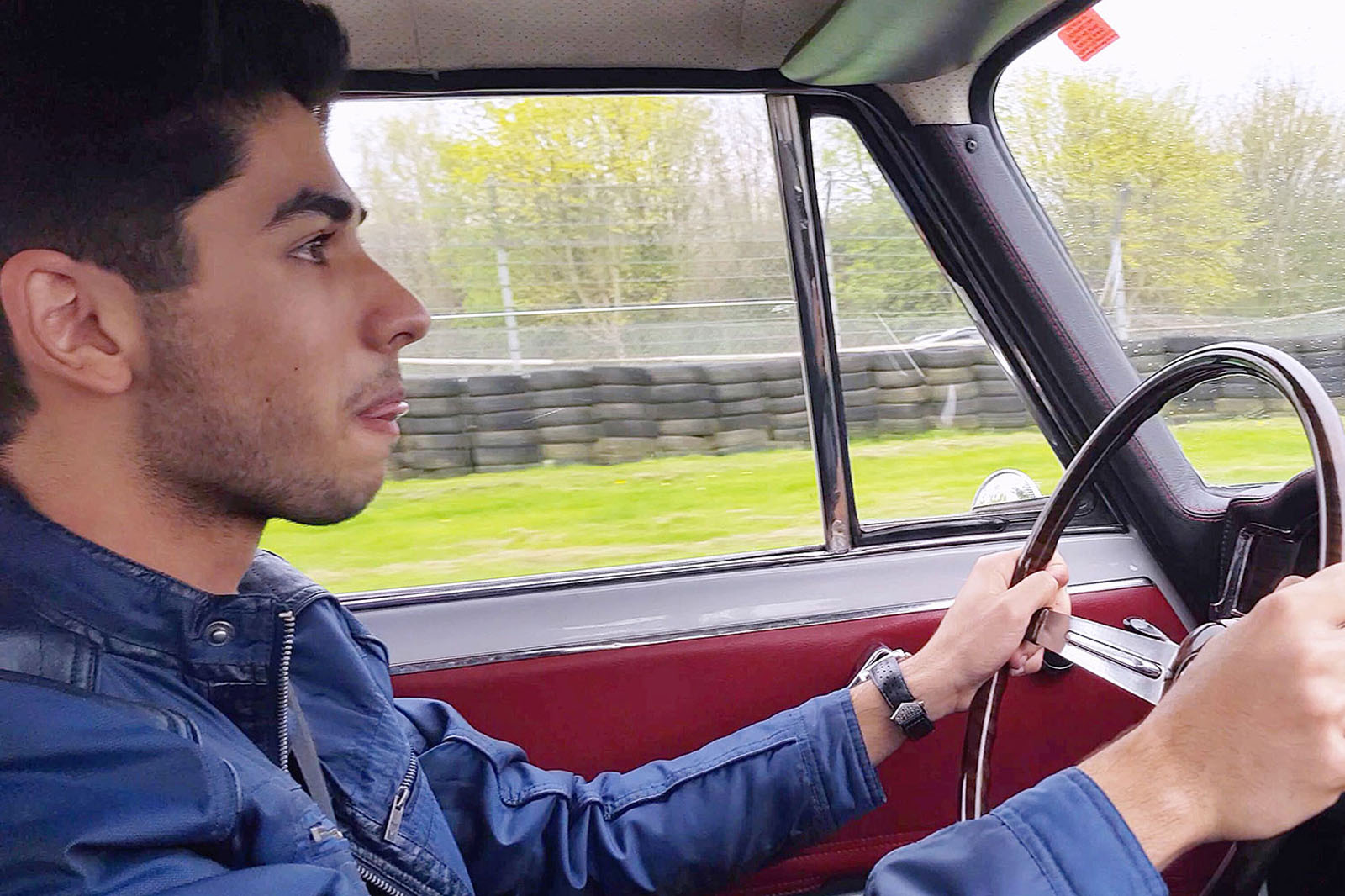 You see, keeping the Giulia's core character was important to me. I didn’t want ultimate grip and performance; I wanted to keep some roll in the chassis and thin, slippy rubber to allow me to reach and breach the car's limits at lower than hooligan speeds. The car naturally understeers a little mid-corner, but it's easily neutralised with a sharp lift of the accelerator, and slides can even be held under power if given enough momentum.

Gratifying to drive fast, it’s a lovely thing to be in, and I love the tactile controls in this characterful, practical little package.

There’s something deeply special about this era of Alfa; I adore driving mine, and it might just stay for a very long time.

you have a real classic. I owned two of them from new (in my youth) and loved every min. My mates all had Cortina GTs and Mini Coopers and none of them could even see where I’d gone.

For interest, the rear roll bar from a GTV is a straight bolt in mod (all the locations are in the floor pan. It reduces understeer and has no impact on the ride.

It's all very well getting dewy eyed over old cars, just make sure that you don't carry any passengers because if you have an simple accident with ANY encap rated car it will not end well for you...or your occupants. That said I can see why you done what you done.

I am officially jealous and in awe.