BACK TO ALL NEWS
Currently reading: Throwback Thursday 1972: Datsun 240Z vs Alfa Romeo 2000 GTV
UP NEXT
MST Mk1: Is this the ultimate rally recreation?

Datsun's sports car and Alfa Romeo's dainty coupé were well matched on all the key figures, but how did it pan out on the road?
Open gallery
Close

When the stylish Datsun 240Z arrived in late 1969, Autocar rather struggled to come up with any cars to fairly pitch it against.

There were some rivals around, such as the ageing MG B-GT, but it took until 1972 for us to find one that properly matched the Japanese sports car on size, weight, performance and price – although it didn't come in the form we had expected.

The car in question was the 2000 GTV, the latest member of Alfa Romeo's obfuscated 105/115 coupé series, which were derived from the Giulia saloon. 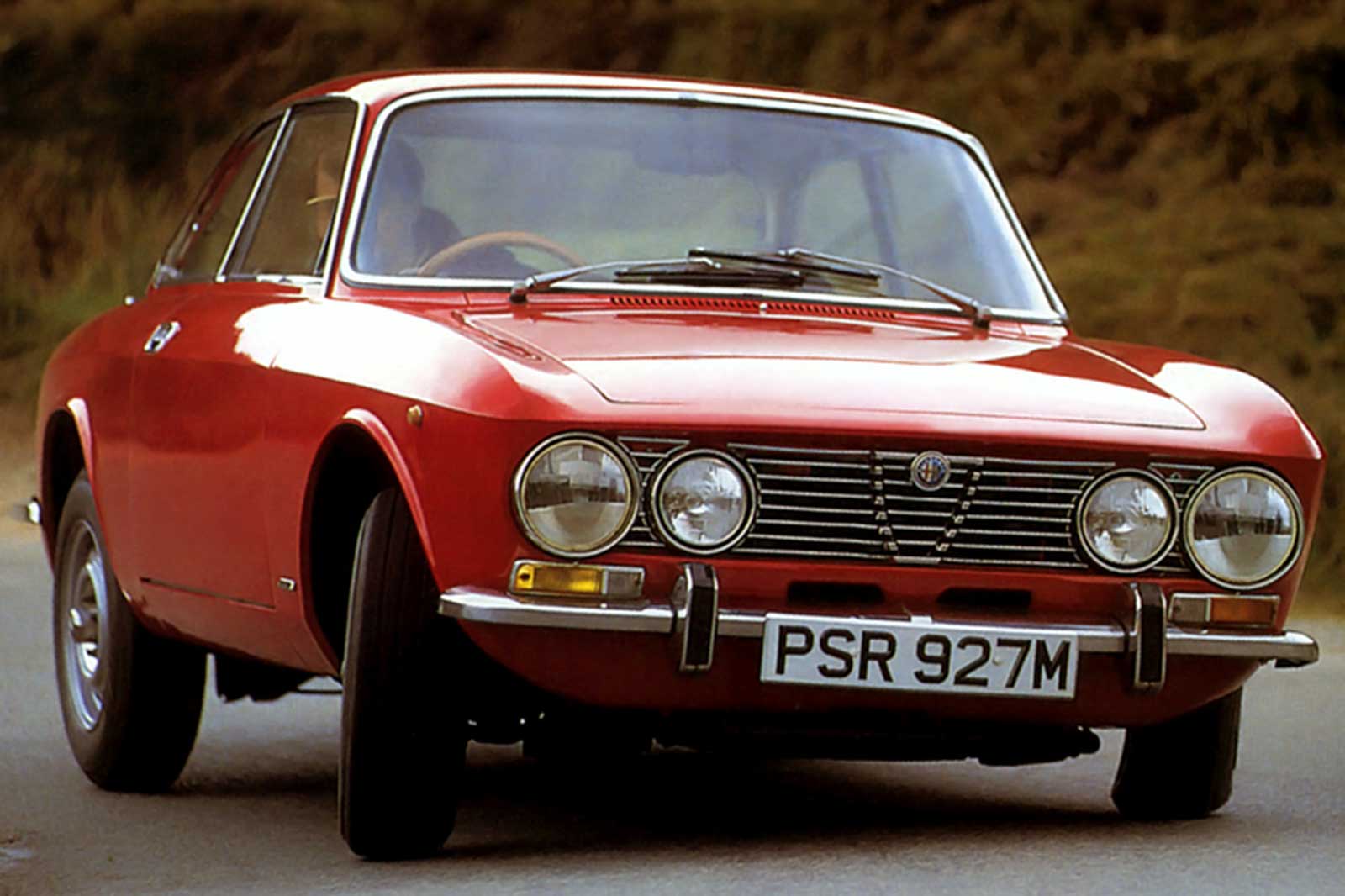 The two-seat 240Z was powered by a six-cylinder single-overhead-camshaft engine. The 2.4-litre unit pumped out 150bhp at 5600rpm, sending drive to the rear wheels through a five-speed manual gearbox. The suspension was by MacPherson struts front and rear. The car was priced at £2309 (equivalent to £28,963 today).

The Bertone-designed GTV, meanwhile, had a two-plus-two seating layout. It too sent its power to the rear wheels, this was provided by a four-cylinder, 2.0-litre twin-cam engine producing 131bhp at 5500rpm. The gearbox was a five-speed manual, while the suspension was comparatively old-fashioned, with double wishbones and coil springs at the front and a live rear axle with trailing arms and an anti-roll bar at the rear. We specified our test car with the optional limited slip differential, taking its price to £2587 (or £32,500 in today's money).

It should be noted that the discrepancy in power was the product of odd maths, with Datsun measuring by the "optimistic" SAE system, rather than Europe's DIN.

Back on 14 September 1972, Autocar compared the two models. 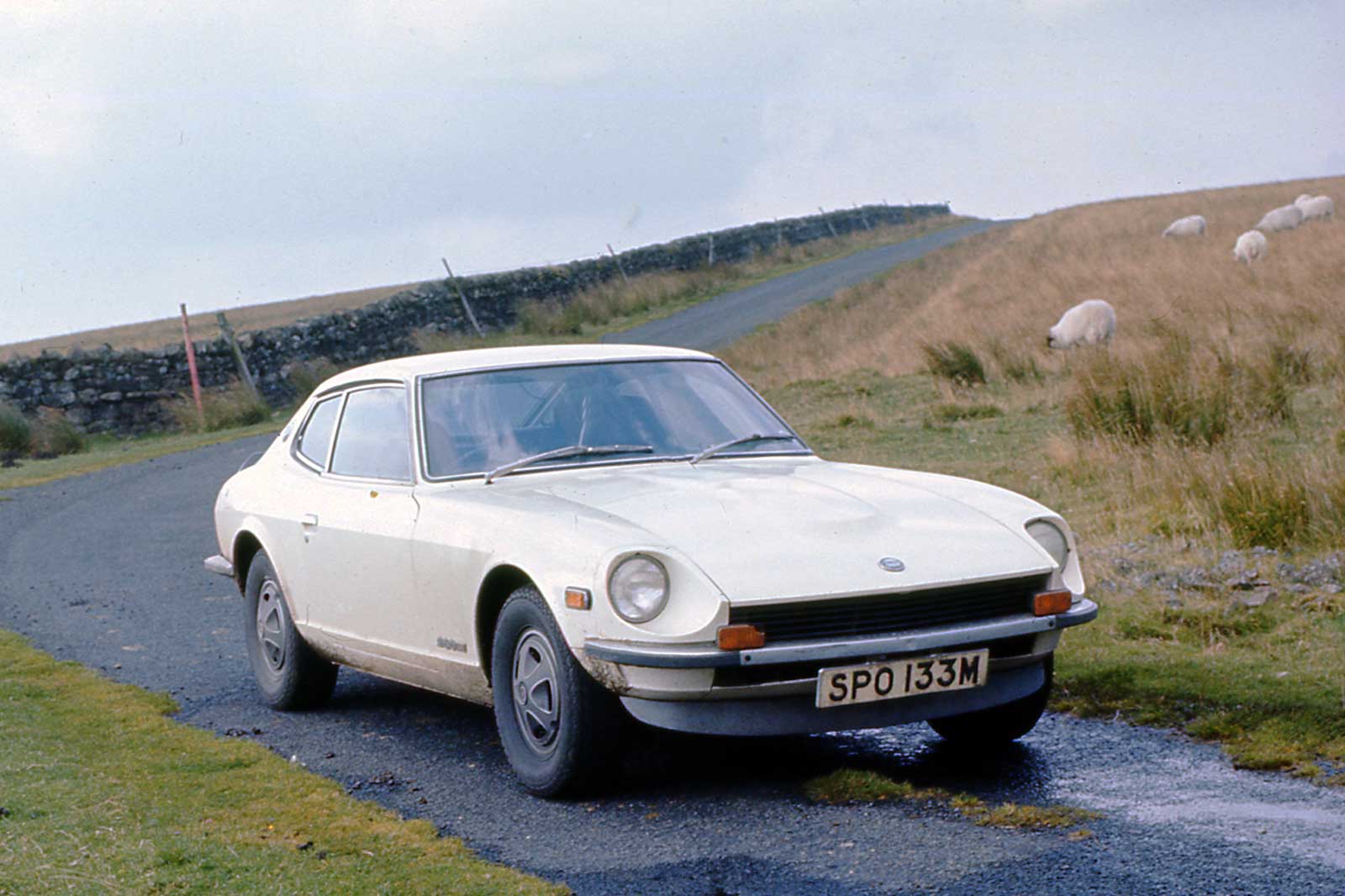 "The 240Z has a very flat torque curve." we began. "It pulls very strongly throughout the rev range, whereas the GTV needs coaxing at the bottom.

"Seeing as power and weight are more or less equal, this makes the 240Z faster than the GTV – without ever scoring a runaway victory."

The 240Z also had a redline of 7000rpm to the GTV's 6000rpm, so it could pull away thanks to its low-revs punch and the fact that less time was wasted through changing gear. Thus "the 240Z has the advantage for the lazy," we said, "and it pleases the enthusiast with its much higher intermediate maxima.

"The gearchanges themselves are both on the heavy sides, although totally different in character; the GTV has long movements in a smooth, well-defined gate, compared with the 240Z's shorter, vaguer shift."

Despite their differences, both cars achieved fuel consumption of between 23 and 24mpg.

We continued: "There is one fundamental difference between the two cars, and that is the weight distribution. The 240Z looks a nose-heavy beast, but that's because it has gained a long front through having its engine set well back. In fact, it has a weight distribution of 51/49. The GTV, on the other hand, comes in at 56/44. 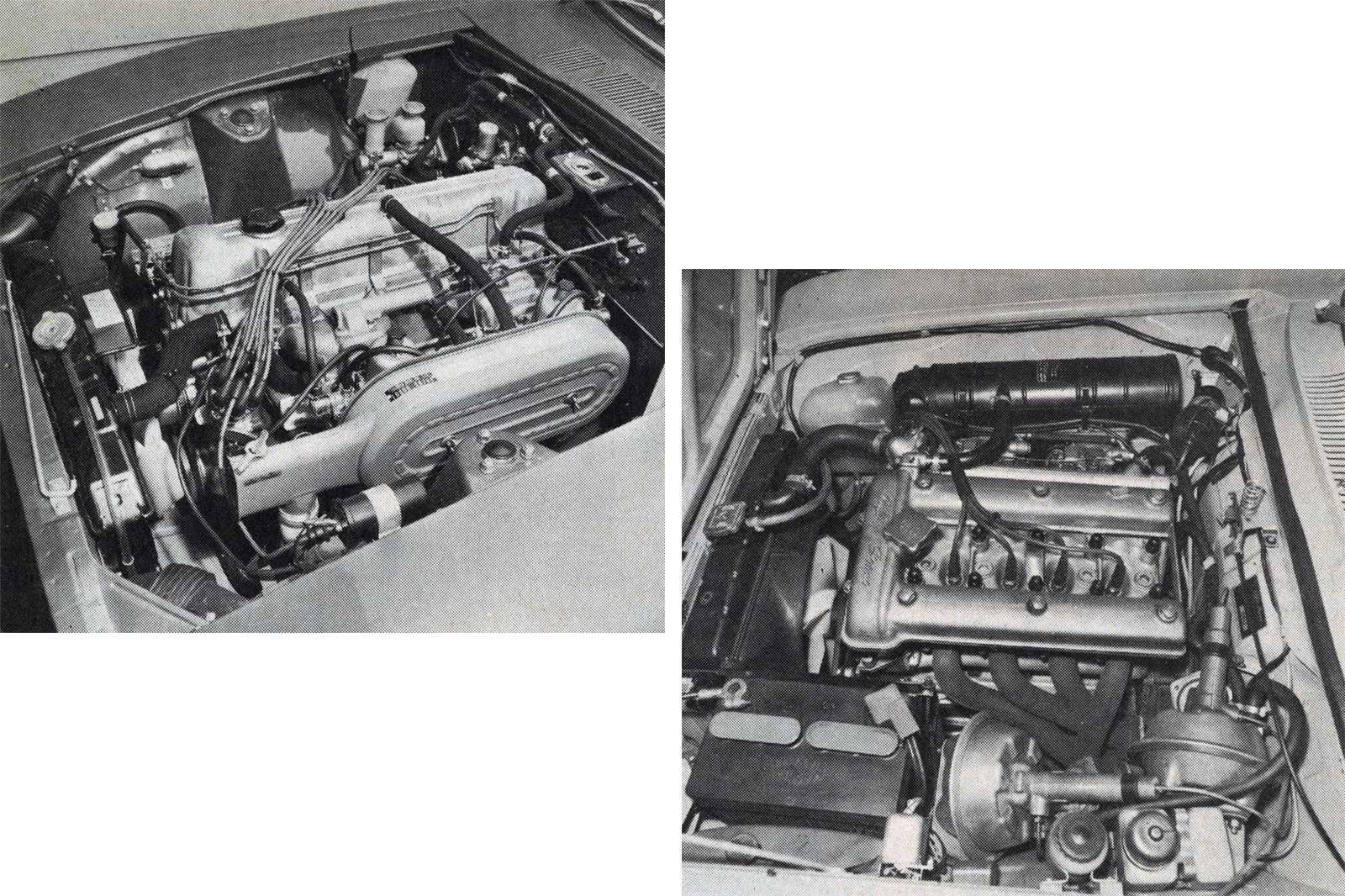 "Among other things, this means that the 240Z can get away with higher-geared steering. The GTV's answer is to maintain its handling close to neutral, so that the driver doesn't have to indulge too much wheel-twirling except at low speeds. Considering the weight distribution, the fact that it does neutral-steer is a tribute to the cunning with which Alfa Romeo has tuned the chassis, using roll bars at each end. Especially with the extra power of the GTV, the limited slip differential is needed to maintain traction in situations where the inside rear wheel would otherwise lift and spin.

"The result is that the GTV is a very agile car on the open road and maintains its line very closely right up to the point where it runs out of roadholding and slithers sideways.

"The 240Z's handling is also close to neutral, but naturally so because of its weight distribution and suspension geometry. The use of MacPherson struts means that the roll axis is virtually level, and quite high. Otherwise, the 240Z's behaviour mirrors that of the GTV except that is better behaved over poor road surfaces because of its independent suspension. On a bumpy B-road, the GTV cannot stay with the 240Z if the latter is driven with determination, for this reason."

As for the brakes, the GTV had discs all round, while the Datsun had discs at the front and drums at the rear. Despite both being servo-assisted, they needed "a good deal of pedal pressure to stop quickly".

We continued: "Neither car suffers detectable fade even in hard driving, and the GTV's brakes in particular actually feel crisper when they're hot."

The 240Z was more softly sprung but more stiffly damped than the GTV, meaning the latter had the better low-speed ride. "The GTV's suspension is a good compromise over most surfaces," we said. "The 240Z, on the other hand, improves at high speed and gives a very comfortable motorway ride. It copes a great deal better with poor surfaces when travelling fast".

Both cars had negligible wind noise up to about 80mph, while the GTV had the nicer engine noise, with a "lively and distinctive bark" to the 240Z's "flatter, mechanical sound".

Inside, the GTV had "among the best seats fitted to any production car", offering great support, although its pedals were awkwardly placed. The 240Z's seats, meanwhile, were "comfortable and well-shaped". Both cars were comprehensively equipped, while the GTV had the bonus of two occasional rear seats.

As for which car was better, Autocar's testers, Jeffrey Daniels and Ray Hutton couldn't quite come to an agreement.

"These are two very similar cars with very different characters," Daniels said. "The trouble is that they're both very attractive characters in their own way, making a choice between them an agonising business. 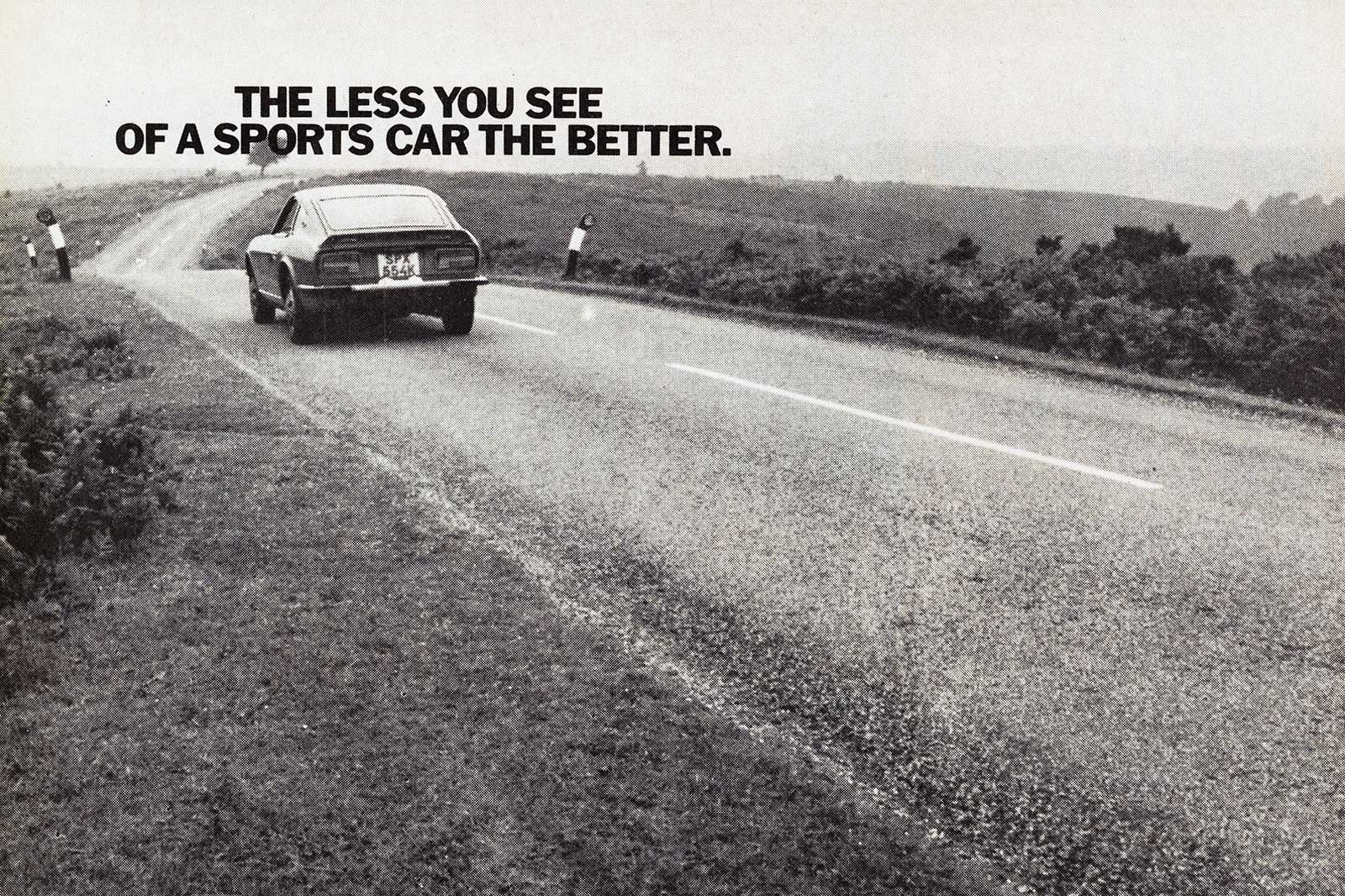 "The GTV is the thoroughbred; the way it responds to the accelerator, brakes and steering almost put it in a class by itself. And it's surprisingly comfortable, even for my 6ft 1in. It's a car that repays driving skill and subtlety; there must be people driving Alfa Romeos who simply don't know how to get the best out of them.

"By contrast, there must be those driving 240Zs who dare not get the best out of them. I imply no disrespect; it's just that the Datsun is a savage bootful of power to the GTV's rapier thrust; a twitch of heavier steering against gentle persuasion. You have to be braver to drive the 240Z fast, but not as skilled."

Daniels thus chose the latter, saying that "he was not always in the mood for finesse" and that "its ability to be a gentle, high-geared cruiser" would be nice to have in reserve.

Hutton echoed Daniels' sentiments, describing the GTV as "nervous" to the 240Z's "point and squirt". And while he accepted that the 240Z was the better all-rounder, he found that "it did not have quite the same air of mechanical precision, nor the quality of finish and trim" as the GTV.

He concluded: "As my colleague says, there's that feeling of car-and-driver togetherness which puts the GTV apart from most other cars. But unlike him, I just come down in favour of the GTV for this reason.

"Isn't it odd that cars so different can be so difficult to choose between?"

So cool we have both!

We have both these cars in our garage and they are both from 1972!  Mine is the Alfa Romeo 2000 GTV in Le Mans Blue while my father-in-law's car is the Datsun 240Z in Red.  Both cars are in excellent shape especially the Zed.  It's had a full ground up restoration while my Alfa is in need of a some attention it drives brilliantly.  I recently upgraded the suspension and wheels which has improved handling.  Both cars are a joy to drive!

What a nice car this Alfa !

What a nice car this Alfa !

I may have only been a boy at the time but yes I remember the UK motoring press sneering at the Datsun 240Z, how dare Datsun produce a sports car,after all they were good for were little cars that were well equipped and didn't break down. Hindsight is a wonderful thing but the Datsun 240Z along with the slightly later  Honda Civic showed how deadly serious the Japanese were about producing high quality vehicles to compete with the world's best,who'd have thought in just a decade both the MGB & TR7 sports cars were dead and Triumph only hung on by producing Honda cars from kits supplied from Japan. I had to suppress a snigger reading the statement comparing the Alfa's superior trim and quality to the Datsun. Does anyone remember the Alfa Romeo Arna/Nissan Cherry Europe what happened when Alfa got their hands on a Nissan design. Nearly five decades after this article Alfa have only recently started to recover from a slump in design and quality that has dipped since the 1970's,while Nissan has gone from strength to strength.