The Skoda Rapid sits right between the Skoda Fabia and Skoda Octavia in Skoda’s range, with prices now starting at £14,410 – £3115 more than the former and £2785 less than the latter.

For 2017, the Rapid has been given a (very) subtle styling refresh, confined to crisper-looking headlights, foglights and black tail-light tints. Inside, it’s just as subtle, with the addition of two USB ports for the rear passengers about the most noteworthy of updates. 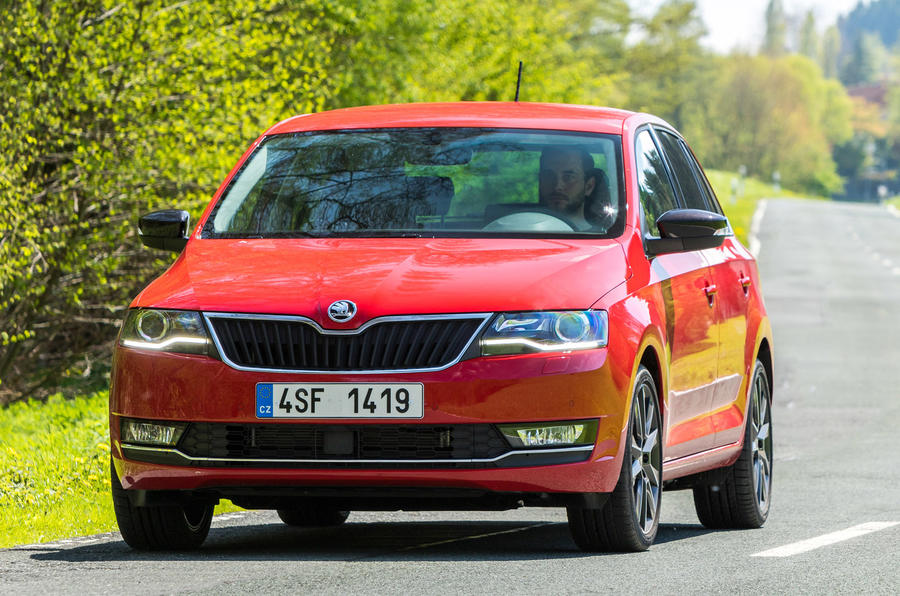 The 109bhp turbocharged petrol 1.0 TSI we're testing here is a new unit, replacing the old 1.2 TSI, and sits somewhere in the middle of the range, costing from £16,345 in SE Tech trim, and comes with a six-speed manual gearbox, where the others get five-speeds.

The Skoda Rapid is another optimistically named Skoda, as with the Skoda Superb, but it is still somewhat likely to live up to its name with the new 1.0 TSI unit strapped in. It should prove frugal too; Skoda claims 61.4mpg and 104g/km of CO2 emissions, which is up by 3.7mpg for fuel economy but emits less CO2 compared with the old 1.2 TSI.

It’s like a Skoda Fabia, but bigger, rather than being like an Skoda Octavia, but smaller. That’s not necessarily a bad thing; it’s got the Fabia’s quiet competence, but an unsettled ride and cheap plastics to match.

On rather smooth rural German roads, the Rapid’s suspension tends to amplify small ruts, albeit with an overarching softness; translate this to the UK’s more mottled tarmac and it could be a bit of an issue. These aren’t really welcome, and the bumps, combined with the 1.0-litre three-pot’s raspy note and interior vibration, make things a little less serene than they could be under a heavier stomp of acceleration. It does pull relatively well from low revs, and is flexible. 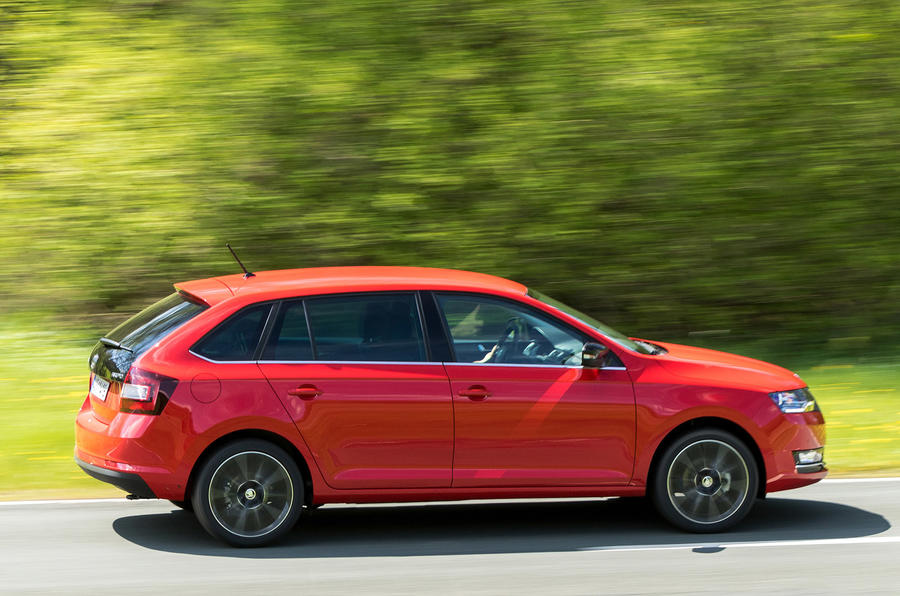 The boomy engine adds a little aural drama to an otherwise fuss-free cabin ambience, but some could grow tired of this, because it serves as a reminder that the engine has to be worked hard to get any convincing oomph out of it. The steering is much the same: unless treated with considerable vigour, it’s overly numb. There's little body roll, though.

There are few reasons not to, if you’re in the less emotional end of the family car market. The Seat Leon offers more personality, albeit in a different package, while the Volkswagen Golf offers a similar amount of personality, but in a plusher package, Skoda but both cost far more than the Rapid. 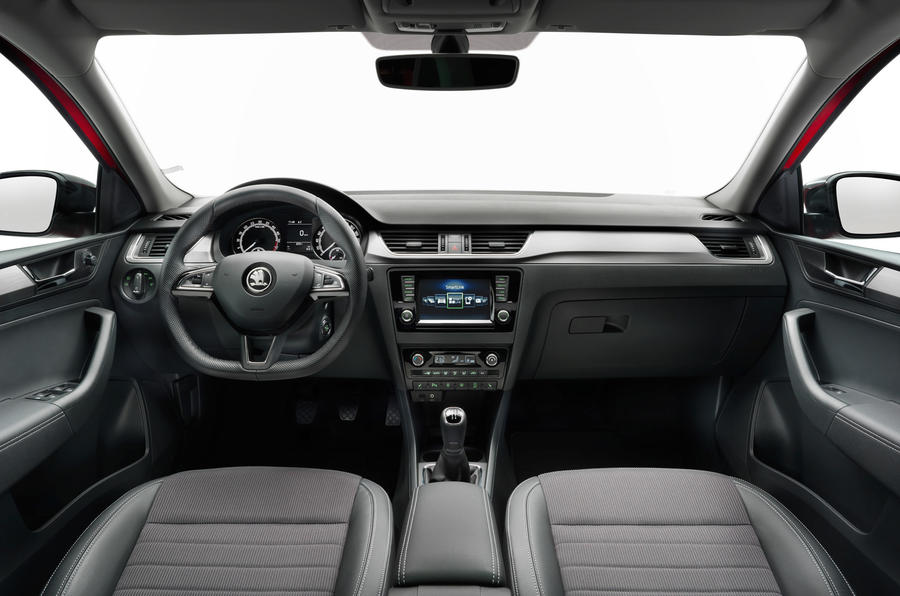 This petrol version could find a growing number of customers, given the anti-diesel rhetoric swirling around the industry. Currently, Skoda 70% of UK customers go for the Rapid Spaceback over Skoda the regular Rapid liftback, and SE Tech (£16,345) will be the best-selling trim level with its alloy wheels, Bluetooth, cruise control, front foglights and other basic creature comforts.

Keener drivers need not apply, though.

I considered one of these when the Octavia grew too big. What a joke! First that Skoda dared to name the underlying car Rapid .. Second that name Spaceback - surely it must fall foul of some rules about misleading advertising?
PostTruth 9 May 2017

"It should prove frugal too; Skoda claims 52.2mpg and 104g/km of CO2 emissions, which is down by 5.5mpg for fuel economy but emits less CO2 compared with the old 1.2 TSI."

Not sure I understand this statement? Generally there is a fixed relationship between mpg and CO2 for a given fuel (petrol), so if mpg is down e.g. from 57.7 to 52.2 then you would expect CO2 to go up. 104g/km of CO2 is equivalent to 63 mpg. 52.2 mpg is 125g/km I think. So I suspect the information provided is wrong.

Yes, you are correct, Autocar

Yes, you are correct, Autocar got it wrong. The MPG for this model is 61.4mpg.

For those saying they don't see the point of this model etc, it's actually the third best selling Skoda model globally behind the Octavia and Fabia.

Pointless car - overpriced for what it is, doesn't drive particularly well, not very pleasant inside and now less economical than the engine it replaces.

Buy a far superior nearly new car for that price.

Buy a far superior nearly new car for that price.

Pointless statement - overused. There's barely a car on the market, certainly at least until one starts getting into the hundred grand bracket, about which it isn't true to say that one could buy a one to two year old model of a better car from the next class up for the same money.