From £20,720
Sensible seven-seat SUV is given a simple update to burnish its family-favourite image
Open gallery
Close

Some facelifts are a tacit admission that there was something wrong with the original car. The Skoda Kodiaq’s is quite the opposite. It sold well from the start and continues to do so; Skoda 's changes focus on making it slightly better here and there.

It has received the usual visual nip and tuck. You will mainly recognise the facelift model from the slightly slimmer headlights: they’re always LEDs now, and SE L trim and above get matrix LEDs. Inside, there’s a new steering wheel, some grey stitching and revised ‘ergonomic seats’. As before, all trims but entry-level SE get you seven seats as standard.

The engine line-up stays largely the same, with one major exception: there’s now just one diesel unit: a 2.0-litre four-pot with 148bhp or 197bhp, which always comes mated to a dual-clutch automatic gearbox.

On the petrol side, you can choose between a 148bhp 1.5-litre turbo and a 187bhp 2.0-litre turbo (tested here), both of them with four cylinders. The 1.5 TSI is the only Kodiaq you can get with a manual gearbox. Atop the range sits the Skoda Kodiaq vRS, which has swapped its diesel engine for the 2.0 TSI of the Volkswagen Golf GTI. 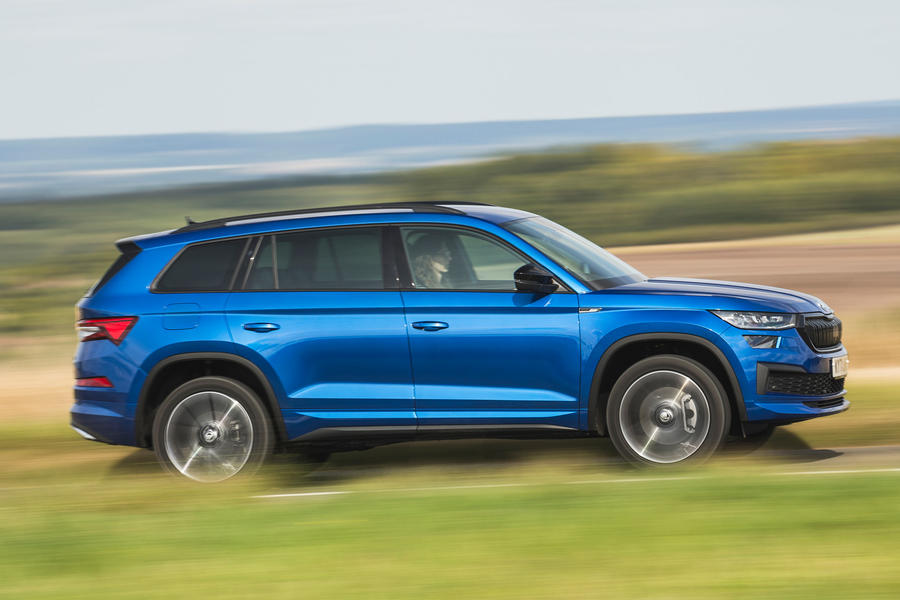 You are likely to buy the Kodiaq for reasons of practicality, cost or looks: it’s not a driver’s car. However, in its own way, it’s quite satisfying to drive – quickly or slowly. Those new seats have lots of adjustment and are soft yet very supportive, while the control weights feel right, with steering that even gives a hint of feedback and brakes that are easy to modulate and inspire confidence – something that so many modern cars get wrong.

It backs that up with very tidy handling and response for what it is. The flip side is that, on the 20in wheels of the Sportline trim, the ride can get a bit thumpy for a family SUV. In general, this combination of the 2.0 TSI engine and Sportline trim isn’t the best for the Kodiaq.

There’s absolutely nothing wrong with the engine: it provides plenty of overtaking punch, despite sounding a little rough when pushed, and its real-world MPG – mid-30s in mixed use, high 30s at a cruise – is respectable. However, the effortless torque of a diesel would suit the Kodiaq better, as would the more restrained style and slightly smaller wheels of one of the other trim levels.

Similarly, the ‘carbonfibre’ trim in the interior is a bit much, but the rest of the interior is typical Skoda: solidly built, with plenty of clever storage solutions and mostly made out of appealing materials, albeit with coarse plastic for the grab handles. That probably won’t bother you, but it’s just a little reminder that you’re not in an Audi.

Also unchanged is the space on offer. Adults in the second row can stretch out easily, but they will have to compromise using the sliding bench if the third row is to be used by anyone other than small children. It has Isofix points only on the outer seats of the second row, though, and some younger rivals are yet roomier.

Earlier this year, the Kodiaq was given a smaller update that brought a new touchscreen infotainment system. Although it’s based on Volkswagen architecture, in Skodas it tends to be more logical and work more quickly. As an added bonus, the Kodiaq retains its physical controls for the heating and ventilation. 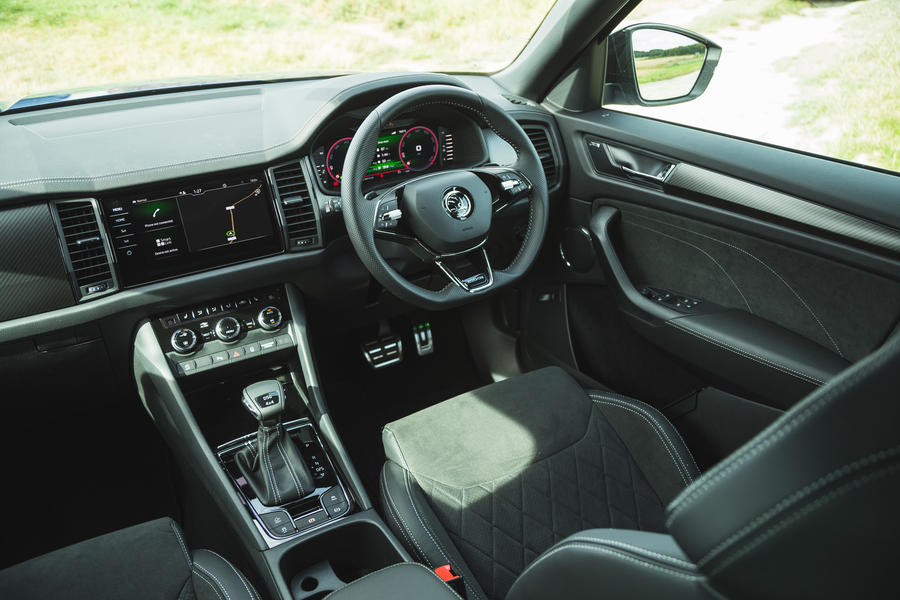 The Kodiaq exists in a crowded segment with plenty of rivals that have more modern bones and hybrid powertrains. As is typical for a Skoda, the base price (£28,185) is quite attractive, but even on the higher trims, some things you might expect, like adaptive cruise control or Isofix on the front passenger seat, are options, making it pricier than rivals.

However, if you’re happy to stick with pure petrol or diesel power and take care when picking options, the Kodiaq is as good as it has ever been. 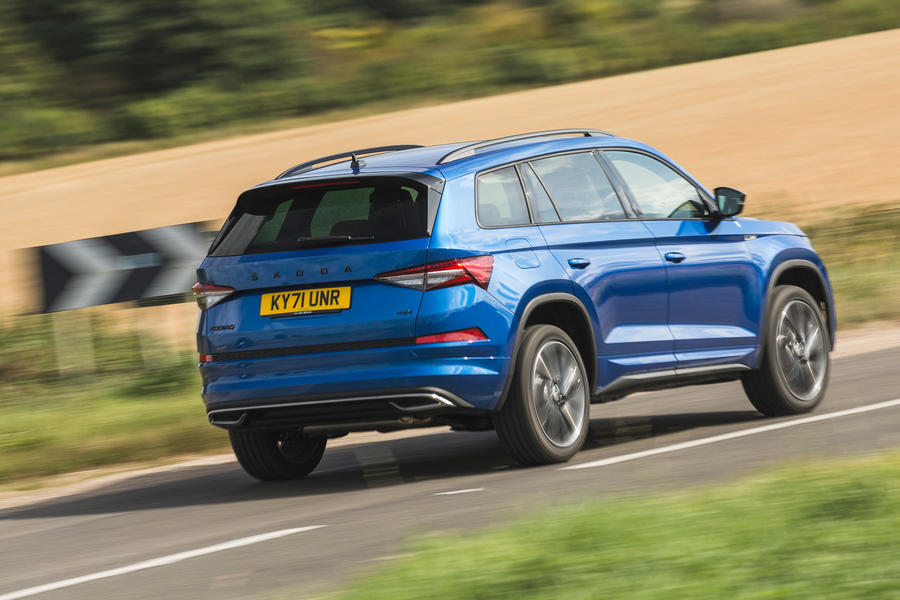 I get paid more than $90 to $100 per hour for working online. I heard about this job 3 months ago and after joining this I have earned easily $10k from this without having online working skills . Simply give it a shot on

I have read elsewhere the 2.0L 190PS engine isn't that good and should be avoided.

the changes focus on making it slightly better here and there.

and slightly worse there and here. I think most owners of VW Group products of late will agree the latest infotainment systems are a backward step.

Completely agree.  Recently "upgraded" from a late-2017 Tiguan to a 2020 facelift model (lease ended).  Despite the near-identical UI the "MIB3" system in my new car is an exercise in frustration.  Music files refuse to play properly from the USB-C ports and the previously flawless SD-card slots and CD player have been removed.  The sat-nav reverts to German some of the time, and the "predictive" cruise control often tries to accelerate me to 110mph as it thinks we're in Europe and that Km are the same as miles!  Have deactivated that system pending a software update. Why this isn't a safety recall I have no idea.  Can I have my old car back please?