From £20,7208
The Skoda Kodiaq has a tempting entry-level price - but is it as tempting to drive and own? We've driven it abroad to find out
Open gallery
Close

This is the Skoda Kodiaq in close to base mechanical (if not trim) form. There’s no 4x4, no DSG auto ‘box and no trick DCC suspension - just a 123bhp 1.4 TSI petrol engine and a six-speed manual gearbox.

While the European spec we tested doesn’t quite equate to an exact British model, it’s close to the SE kit level, giving it a suggested on the road price of £23,945 - although that also means doing without the third row of seats. 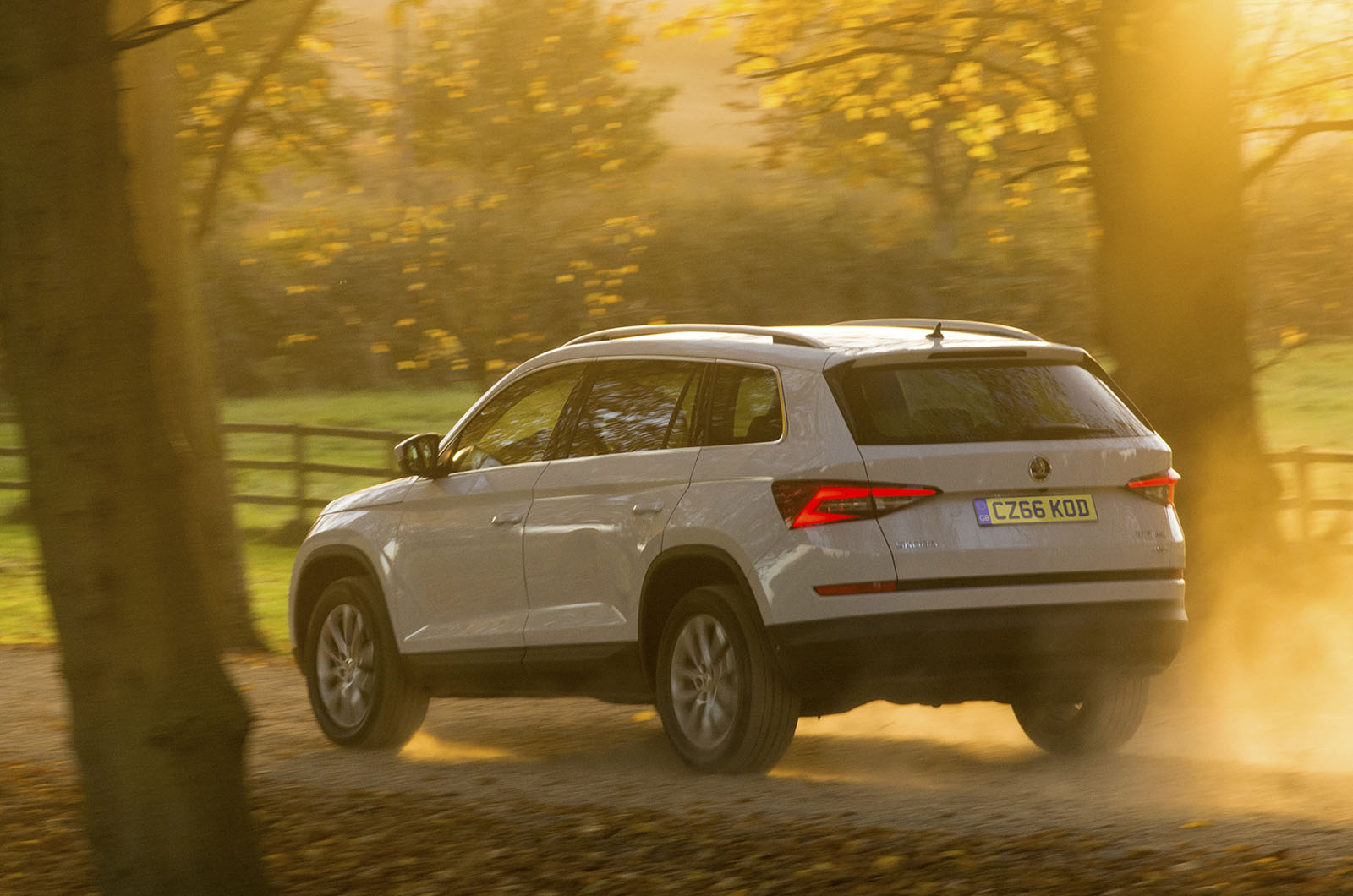 That, you’ll note, is quite an alluring figure, and there’s no question that it is at this end of the spectrum that the Kodiaq is priced most sharply; in terms of seven-seaters, only the Nissan X-Trail really has what it takes to compete at this level.

Here, then, we’re seeking to find out if, for the Kodiaq, less is more.

You might assume that a 123bhp engine with 148lb ft of torque would struggle to haul a car as big as the Kodiaq along, but so long as you keep your expectations modest and drive with half an eye on maintaining momentum, you’d be mistaken.

Sure, you won’t fall off your chair to learn that this motor is no firebrand, nor that if you overstep the mark it becomes noisy and presumably thirsty pretty quickly. But, with the car modestly laden, there is enough grunt to keep up reasonably with the flow of everyday traffic. If you cherish smooth throttle inputs, well timed gearshifts and careful lines, it can even be quite fun. 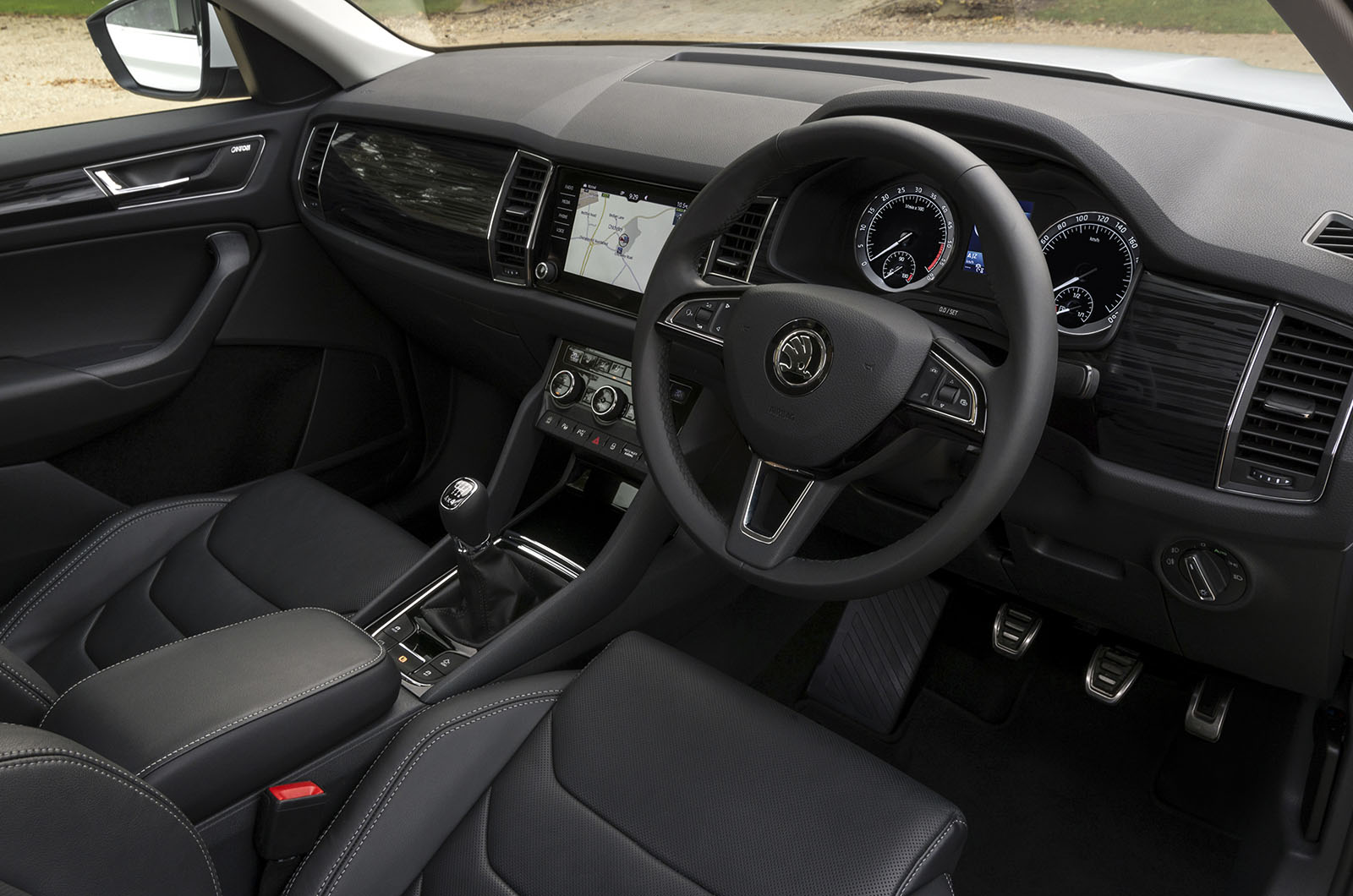 However, potential buyers should also be cautious, because even the unambitious, predominantly city-based  driver will find that there will always be occasions when you wish you had more, be it when the seven seats are full, the boot packed to the roofline or there’s a looming lorry that you want to pass. The 0-62mph dash is measured at 10.9sec and that will always demand compromises.

The base suspension set-up is good - certainly good enough to make us question the value of the DCC adaptive suspension option - if slightly unsettled on bumpier roads. The flip side to that is that the Kodiaq has decent body control and steering feel, especially for a large SUV. For keen drivers that may be a bonus, although the suspicion must be that most buyers would trade off some of the stiffness for more a slightly more comfortable ride.

Elsewhere, the hallmarks highlighted by our drives of the 2.0-litre diesel models remain true. The Kodiaq has a cabin that would be the envy of cars costing half as much again and is as spacious as it is well finished. The only quibbles are over the width on offer in the middle row, which would challenge three large adults, and the fact the rearmost seats are set low, impeding vision - but these shouldn’t detract too much from an interior that must be considered a huge triumph at this price point. 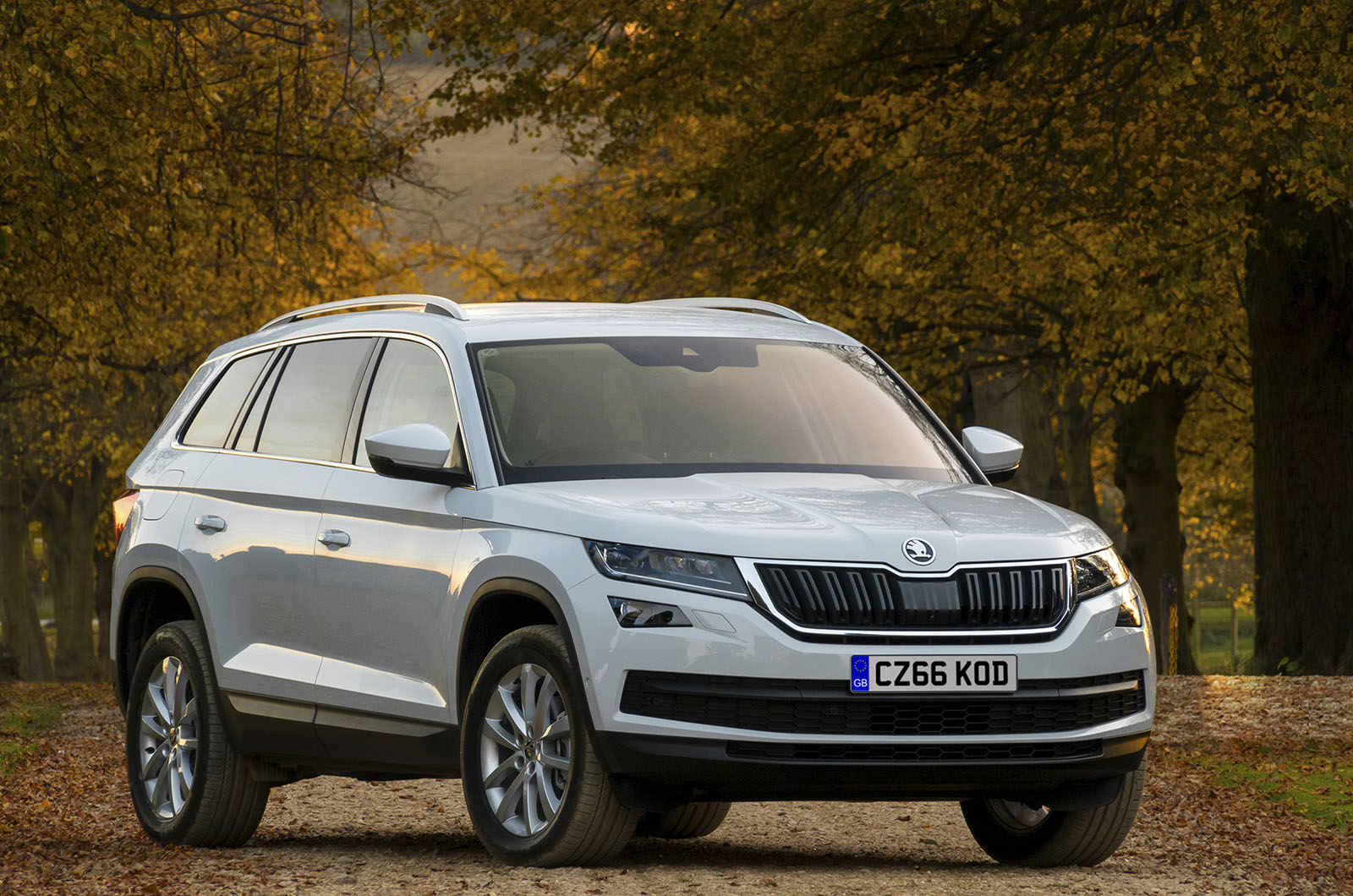 If the circumstances fit, yes - and for some they will fit.

If you’ll forgive the cliche and can avoid coming over all bah-humbug, there is a definite role for a car that does the school run, transports a greater than average number of children from event to event, or acts as transport for a dog walk or two. For those sorts of trips, the Kodiaq in this form is very appealing indeed.

However, we’d still urge you to test the car carefully beforehand to weigh up what your circumstances are and how tolerant you are likely to be when your Kodiaq is left lagging.

We’d also suggest you weigh up the likely depreciation cost of running what is likely to be a less desirable Kodiaq than one powered by a diesel (something that will be factored into any lease deal), and potentially one that is unduly thirsty if it isn’t driven carefully with the sweet spot of its rev band.

None of that detracts from the fact that the Kodiaq is a very fine car. If the cap fits in this form, there’s no reason to be ashamed to wear it.

Having had some great years with a base model Outlander - this is the modern day equivalent. Mitsubishi blotted their copy book on friggin the riggin on consumption and the new ones have priced themselves too high - so having taken the Soul for now we will be happy to part exchange it when this arrives - we need that space!
Gojohnygo 23 November 2016

Small Is the New large

Running two busy catering business I used a Mondeo estate for 200,000 miles and just managed to get all the stuff from the cash and carry in. I put up with driving that basic car because it simply went from A to B. I recently changed my car to a lovely new BMW 140i which I love to just sit in ,never mind drive and I still get all the cash and carry stuff in, so my message to all you lost souls out there, get yourself a car you really want and adjust your life to suit, Easy.
db 23 November 2016

much a do about nothing !

Never has such a desperately boring blot on the landscape caused such a fierce debate !
View all comments (14)