The Seat Leon family hatchback has long been Seat’s biggest seller, and now that the El-Born electric car is set to wear Cupra colours instead, it is the new plug-in hybrid Leon that Seat will task with bringing battery power to the masses.

It shares its 1.4-litre turbocharged petrol engine with the Cupra Leon eHybrid that we sampled a fortnight ago, albeit in a lower state of tune, paired to the same electric motor and 12.8kWh battery. A 201bhp combined output makes this the most powerful Seat-badged version of the Leon, although there’s little to indicate that fact: just a small bootlid badge and a charging port on the front wing.

On electricity alone, it’s good for up to 40 miles – likely closer to 30 with less cautious driving and cold weather but enough for the average commute. A full charge takes less than four hours with a wallbox or six from a domestic socket, and you can set a minimum charge level to save juice for low-emissions zones.

Sporty FR trim is now the starting point for the e-Hybrid model. It receives selectable drive modes and sports suspension as well as in-cabin niceties like wireless phone charging, heated door mirrors and a leather-wrapped, flat-bottomed steering wheel that implies at least some degree of dynamism. The rear bumper also gets chrome exhaust tips to stand out from lesser models, although they’re of the fake variety.

Perhaps the most intriguing statistic is its 27g/km CO2 emissions, which puts it in the 6% benefit-in-kind tax bracket so will prove very tempting for company car drivers. 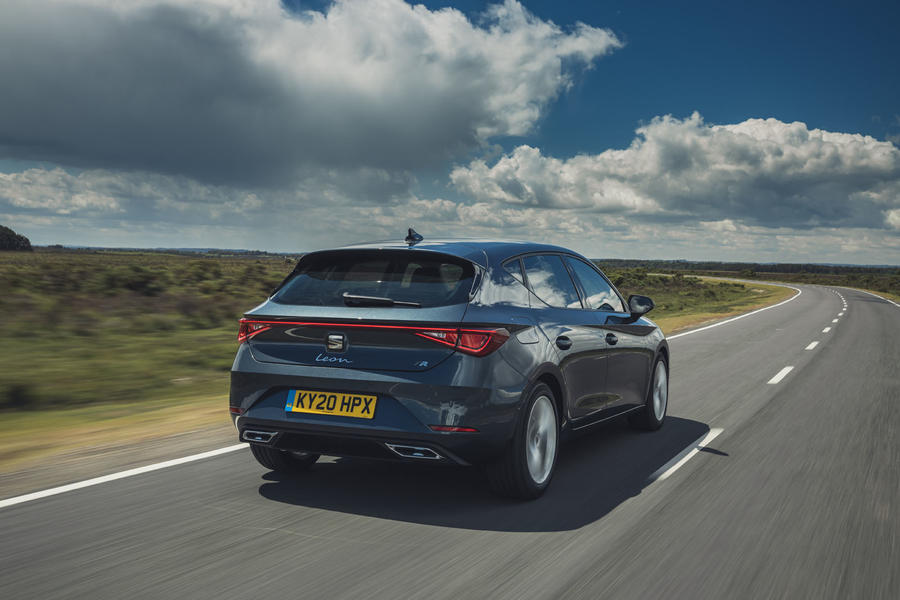 Press the start button and the Leon defaults to the motor, with the engine not kicking in until the battery is sufficiently depleted or when you floor the accelerator.

Power arrives gradually and remaining in EV mode is easy enough with a light right foot. That’s handy, seeing as the battery modes are buried three menus down in the infotainment system. The regenerative braking is also fairly subtle, encouraging coasting rather than single-pedal driving.

The engine restarts smoothly enough when called upon and is reasonably well isolated at moderate speeds, plus the handover between the two power sources is handled fluidly. When they combine, though, things rarely feel as rapid as the numbers (0-62mph in 7.5sec) suggest, and the engine sounds particularly harsh at higher revs. The six-speed automatic gearbox is a little too keen to hold onto gears under heavy acceleration, especially in Sport mode, to the point that peak torque has long since passed.

Despite its associated weight penalty, which is most noticeable through tighter corners, the plug-in hybrid powertrain doesn’t appear to have significantly diluted the Leon’s dynamism. The car still turns in with precision, largely resists understeer and steers keenly in a way that gives it an edge over its Volkswagen Golf relation, although not the Ford Focus.

The addition of multi-link rear suspension, present here but absent from the 1.5-litre turbo petrol we drove back in June, only improves the Leon’s ride. Even with FR trim’s sports suspension, it copes well over most surfaces and deals with even badly rutted roads with little drama.

Inside, the biggest change is to the boot capacity, which is knocked by 100 litres down to 270 litres to accommodate the drive battery.

The Leon’s interior is just as tech-focused as its Volkswagen Group siblings’, with five display modes for the digital instruments and touch-sensitive panels having replaced the majority of buttons. Each one chimes loudly whenever you press it, which quickly gets annoying. The volume and temperature sliders below the touchscreen are a devil to see at night, too. You will find only USB-C ports in the centre console, but wireless Apple CarPlay and Android Auto mean you won’t need a dongle to get connected. 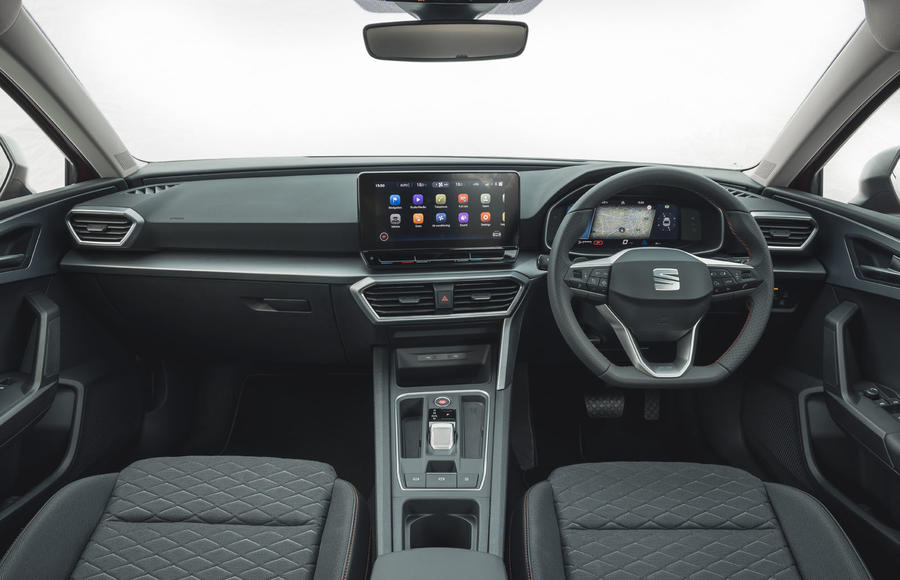 The Leon eHybrid is competitively priced against rivals like the Renault Mégane E-Tech, has a usable electric range and remains the sharpest-handling of the Volkswagen Group hatchback cohort, so it deserves a place on the shortlist of anyone wanting to buy a plug-in hybrid.

And when you consider that the UK won’t receive the equivalent Golf, only the more potent and expensive GTE, the Leon eHybrid appears to have true mainstream appeal. 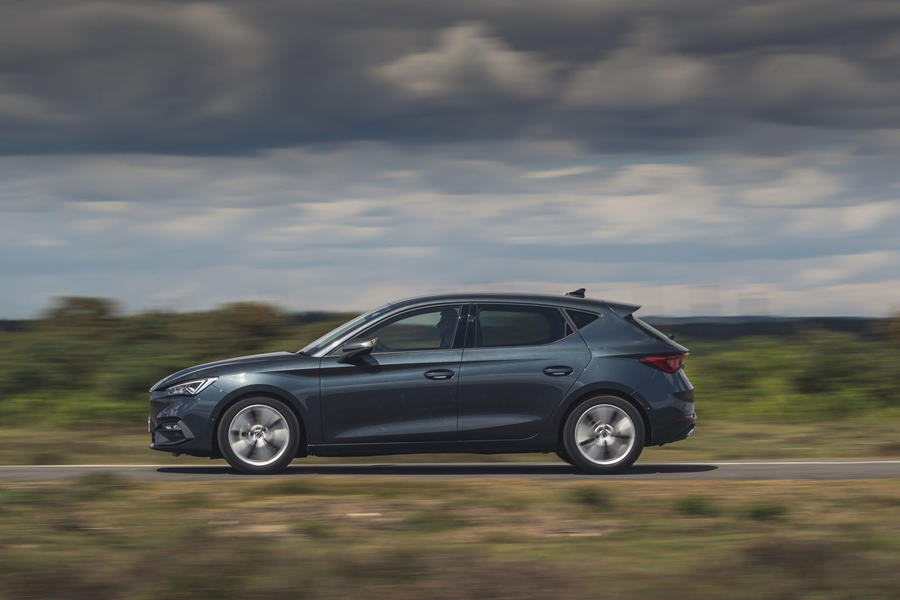 This is specifically for low mileage, perk company car drivers who will usually have a choice of a car cash allowance or a company car. Rules were changed so HMRC could hit you with either tax on the cash....or company car tax on your own vehicle you ran with the cash, whichever was higher. However a dispensation is made for vehicles below 75gkm..PHEVs! so the driver still get to pay the low BIK tax instead of the (probably higher rate) tax on the alternative cash allowance.
Roofdown 6 November 2020

Unless I have misread, Autocar says this is a 6% benefit in kind as it can do 40 miles on electric. However Seat are quoting 34 miles which puts it into the 10% bracket.

"The volume and temperature

"The volume and temperature sliders below the touchscreen are a devil to see at night..."

Another silly interior where style and appealling to younger audiences matters more than ergonomics. Stil, you could always just drive it in the daytime.