10
A Taycan for the very well off rather than the unfeasibly wealthy, yet which in almost all normal usage is as good as a Turbo, if not better
Open gallery
Close

If you’re interested in buying a Porsche Taycan, it is the one you should look at first. And then ask yourself a very serious question: what is the extra £32,000 or £55,000 required to upgrade this Taycan 4S to a Turbo or Turbo S actually buying you?

If the answer is a slug more power you may never use, a load of equipment you might never spec and a boot badge for which you give not two hoots, do yourself a favour and spare yourself the money. I would suggest that for most prospects, or at least those who can stomach the opprobrium of friends and colleagues when they see – oh the shame of it – that it’s not the top model, this Taycan 4S is for now the Taycan au choix. The one you should buy. And the only non-neg option should be the performance plus battery at £4613.

That buys you a 93.4kWh battery compared to a 79.2kWh unit, which not only provides additional range, but faster charging and better performance. So it’s a win, win, win.

And even this (for now) entry-level Taycan will still hit 62mph in four seconds flat, and because electric cars deliver their torque instantly, even that can be quite an uncomfortably rapid experience. It will do rest to 100mph in 8.5sec, for goodness sake, and I’m old enough to remember when that was a perfectly passable 0-60mph time.

Put it this way: in all remotely normal use, this poverty-spec Taycan will still accelerate you from any speed you’re at to any speed you could want at any rate you might choose.

Like the Turbo and Turbo S, it comes with an electric motor at either end of the car and four-wheel drive as a result. Unlike all other EVs, it shares their 800V electric infrastructure. It even sits on triple-chamber air springs at each corner and has Porsche’s PASM adaptive dampers as standard.

Such similarities might lead you to suspect that a Taycan 4S powertrain is, in reality, that of a Turbo or even a Turbo S with only a line of pesky software holding it back: crack the code and a 740bhp Taycan 4S can be yours. Sadly not: The 4S has a smaller rear motor than either of the Turbo twins, and before you start thinking you could still turn a Turbo into a Turbo S, think again: the Turbo has the same 300-amp front inverter as the 4S, while the Turbo S has a 600-amp inverter. So now you know. 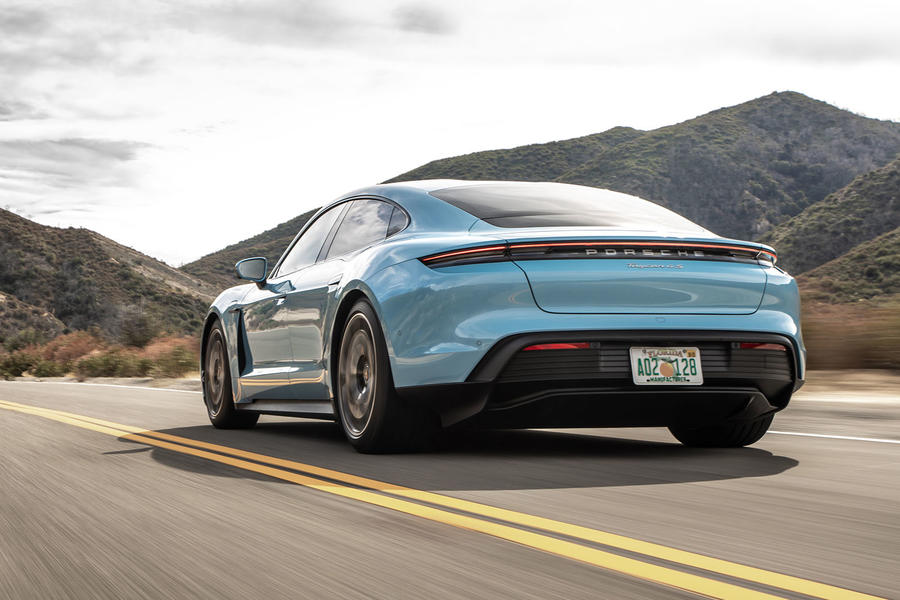 Regardless of what the figures say, I have no doubt the 4S with the big battery will have the longest range of any Taycan, not just because of the performance differential, but because it weighs a whopping 165kg less than the Turbo. And because the Turbos are so fast as to actually seem briefly alarming (at least to any unsuspecting passengers), they at least will be glad its performance remains somewhere within the bounds of sanity.

But while everyone bangs on about the powertrain, to me the chassis is arguably its greater achievement. When I drove the Turbo S, I marvelled at how well Porsche had been able to manage such enormous mass, and the lighter 4S is better still. No four-door car of this kind of weight blends handling and ride so skilfully – and certainly not a Porsche Panamera – and the way the car delivers limousine ride comfort with steering response and accuracy to make it feel far smaller than it is, is unapproached in the marketplace regardless of what’s under the bonnet.

I’d still not call it fun, at least once the novelty value of its power delivery has worn off, but if there is a genuinely fun electric production car out there, I’ve not driven it. It is engaging, satisfying and ultimately rewarding to drive and, for where most electric cars are right now, that is a triumph. 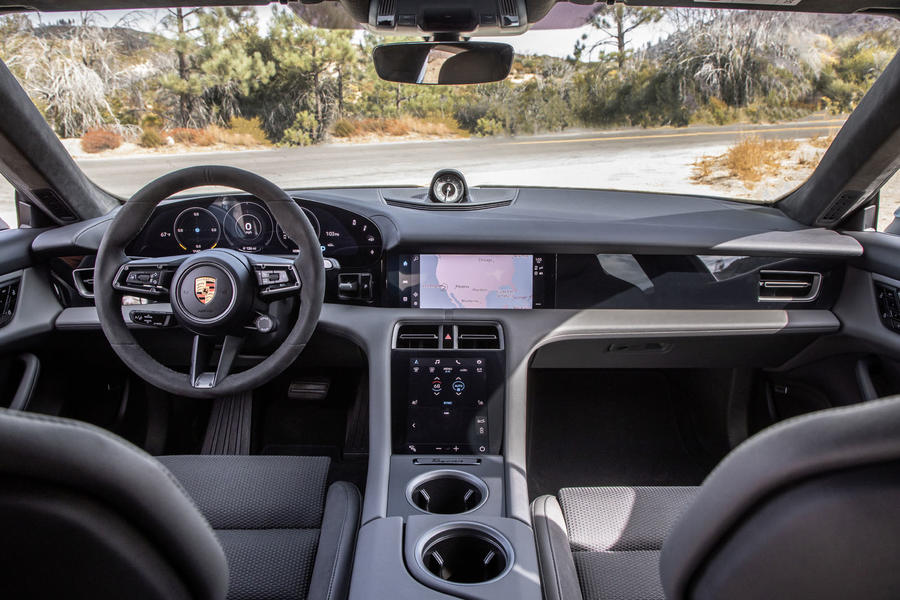 A five-star verdict from Autocar is not like one from most other publications. They are rare and when they appear they mean something. I agonised over this one so much I felt the need to ring the editor and reappraise myself of the terms of reference. But if a car is genuinely outstanding in all areas that matter relative to its peers – in this case, other four-door EVs – and deficient in none, five stars are appropriate.

I’d not consider it for either the Turbo or Turbo S, but when the 4S provides so much of their magic with so little downside and for such vast savings, nothing less seems right. The Taycan was already the best electric car on sale, the 4S is nothing less than the best of the best. Five stars it is. 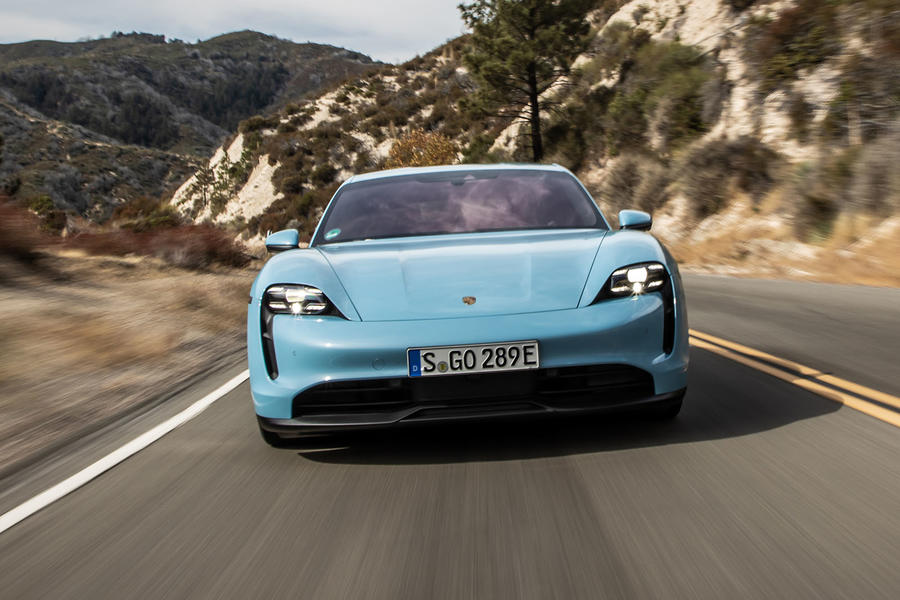 Stunning car, but have Porsche decided they want to wrest the 'ugly nose' title away from BMW?

This is what you expect a

This is what you expect a Porsche EV to be: well made, good to drive and very expensive.  But if I were a designer, I would rather have the Hyundai Kona on my CV.

Suppose its 95k with battery and basic options