From £23,1307
On our first chance to get the facelifted Nissan X-Trail on UK roads, the petrol proves a viable alternative, although for outright pulling power the 2.0 dCi is the better bet
Open gallery
Close

The perfect car for family adventures, says Nissan, and given the threefold increase in sales the Nissan X-Trail has enjoyed since 2014, you’d think carefully before contesting that.

We covered the car’s refreshed design during its international launch in August, but to briefly recap: the third-generation X-Trail arrived in 2014 and this, the facelift, gets subtly more aggressive exterior styling along with the option of a shade of paint – Monarch Orange – that wouldn’t raise suspicions leaving the gates of Sant’Agata. The revised car is also a touch longer and taller than before; although, with practicality in mind, Nissan has refrained from making it any wider.

Inside, Nissan has upped the X-Trail’s appeal in terms of safety and luxury. Top-spec Tekna models – in the past chosen by nearly half of all buyers – now come with Bose speakers, adaptive headlights capable of angling themselves into a bend and heated seats front and rear. The seats in Tekna models can also be trimmed in more sumptuous leather (tan or cream), while DAB radio is standard across the range. A flat-bottomed and marginally thicker steering wheel is another addition; in theory, it makes sliding into and out of the driver’s seat easier, although the premium connotations are clear.

Seeking to further tempt buyers from premium rivals, Nissan has also introduced its new ProPilot autonomous-driving technology on the new X-Trail. It says the combination of adaptive cruise control and lane keep assist work together to control steering, acceleration and braking in a single lane during both congestion and cruising at higher speeds.

Two turbocharged diesel engines - a 1.6-litre with 126bhp and a 2.0-litre that makes 174bhp and a chunk more torque - are available alongside a 1.6-litre turbo petrol boasting 161bhp. Nissan offers a six-speed manual gearbox or a CVT auto along with front or four-wheel drive, although the petrol engine is available only with two driven wheels and three pedals.

We were impressed by the more powerful diesel X-Trail during its launch in Austria but, with cars now in the UK, we’ve had an opportunity to get more familiar with the range and drive the petrol model. 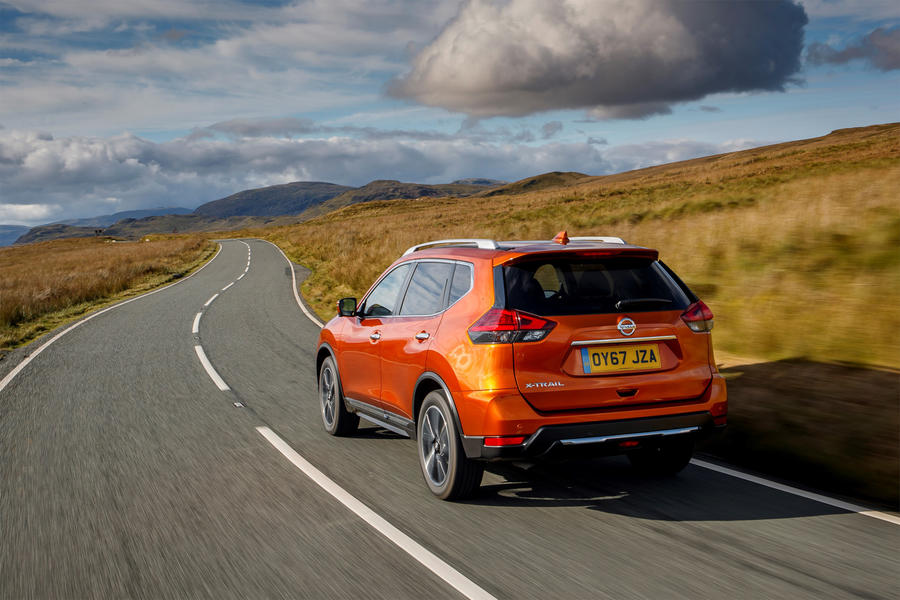 Impressively relaxing to drive, given its semi-utilitarian mission statement. The X-Trail is comfortable, changes direction neatly for a car of considerable size and cruises with ease, regardless of your choice of engine. Wind noise and the intrusive tones of the diesel engines under load are issues Nissan still needs to address, but if steering feel and tight body control don’t mean much to you, then it’s unlikely you’d have cause for complaint.

The DIG-T 163 petrol can’t match the flexibility of the more powerful of the two diesel engines. Its peak torque figure of 177lb ft arrives early, at 2000rpm, but by that point the 2.0-litre diesel is pulling with an additional 103lb ft and substantially less effort. It’s not a feeble engine, but it never seems to get on top of the Nissan X-Trail’s bulk like the diesel engines do.

Offsetting the petrol’s lack of clout is the greatly diminished engine noise, although it’s hardly the most tuneful unit, pulling through the rev range with a uniform lethargy that its relative lack of power does little to improve. No wonder Nissan expects only 15% of buyers to use the green pump. However, if you do prefer to avoid diesel, generally keep the tyres on Tarmac and don’t feel the need to overtake everything in your path, the X-Trail’s 1.6-litre petrol needn’t be a deal-breaker. In fact, if you cover endless steady-state motorway miles, its refinement means it could be the one to have - its extra-urban economy of 46mpg isn't far short of the 2.0-litre diesel's 50mpg.

With the driveline locked in four-wheel-drive mode, our test car calmly negotiated an off-road (soft-road, in truth) course with topography about as severe as most owners will ever experience. As you would expect, the torque of the diesel engines proved particularly useful, allowing the X-Trail to climb rutted, mud-slick slopes almost entirely on tickover. The petrol is much more laboured and ultimately less confidence-inspiring, not to mention at a distinct disadvantage because of its front-wheel-drive-only availability. 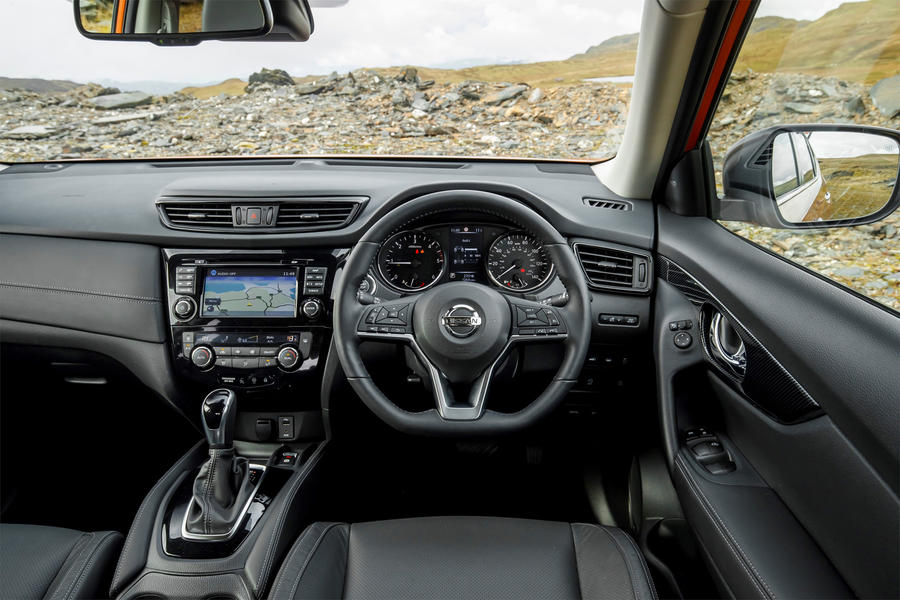 The updated X-Trail is sufficiently capacious and rugged to satisfy most buyers in this segment and yet a tight turning circle and light controls make it a benign prospect even on narrow roads.

Nissan has struck an impressive balance, then, but is its flagship SUV really the perfect car for family adventures? Not if you enjoy driving and not if you're expecting the last word in refinement. 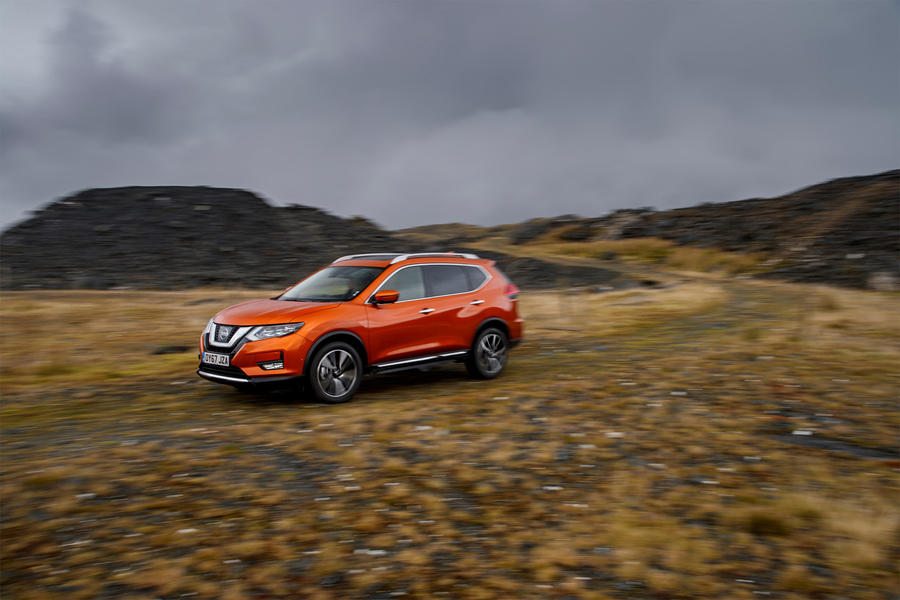 This article has been up for 3 days now, and this is the first comment. I only add it so it doesn't not feel lonely.

Shows how much passion Nissan soft readers are generating when no one really has an opinion about it! Engel the Vauxhall grandad has a load of argument.

a nice enough car, built nicely, and niceish to drive. Nicety niiiicce. Might just be that everyone accepts that it is kind of ok?