The second-generation Nissan Juke has provided a much-needed boost for Nissan in Europe, selling significantly better across even the pandemic-ravaged year of 2020 than its predecessor had in 2019.

The Mk1 Juke was the seminal car for the compact crossover scene, but after almost nine years on sale it was feeling – and, might I say, looking – very outdated.

This car couldn’t be more different, with a much better-resolved – you might even concede sharp – exterior and a considerably more upmarket interior.

The Mk1 was also never great to drive, most notably with a ride that felt completely out of character for a family car, even if the handling was dynamic (for a crossover) and the powertrain enjoyably zippy.

However, as we’ve already established in our full road test, the engineering department have matched their colleagues over in the design studios, making the Juke “ready to make the grade in most objective ways”. 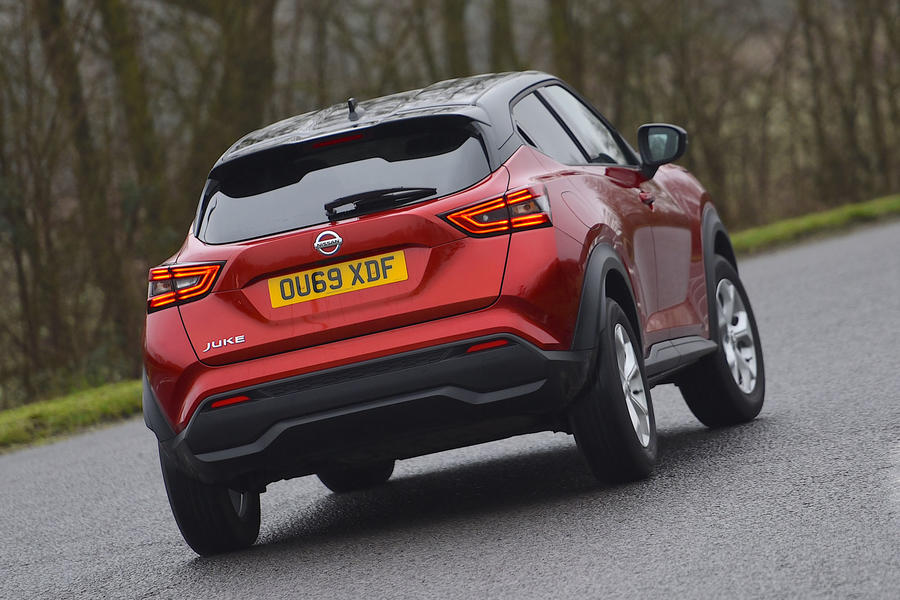 Also unlike its predecessor but not in a good way, the Juke still offers but one engine: a 112bhp turbocharged 1.0-litre three-cylinder petrol. There won’t be any diesels this time and certainly no revival of the Juke Nismo.

You won’t catch us complaining on either front there, but a more powerful petrol wouldn’t go amiss, and the planned hybrid would surely gobble up sales in this world of CO2 targets for manufacturers and the weight of the world resting ever heavier on the public’s shoulders.

Indeed, the only choices you get are for the gearbox and the trim level.

We’ve experienced the standard six-speed manual extensively, our road testers finding it to have a “fairly light, slick and well-defined” shift quality, so here we’re focusing on the seven-speed dual-clutch automatic.

This comes at a typical extra cost of £1500 and only a few official CO2g/km and should in theory be smoother than an old-school torque converter, as evidenced by rivals such as the Ford Puma, Hyundai Kona, Seat Arona and Volkswagen T-Cross all also going DCT.

Sadly, this isn’t some samurai-style bumper but the combination of 360deg camera, driver alertness monitoring, blindspot intervention, rear cross-traffic alert, adaptive cruise control, lane-keeping assistance and ‘moving object detection’. We can confirm that the parking aids all are a boon, the adaptive cruise control works just fine and the lane-keeping assistance prompted us to switch it off pronto, so all standard fare there.

The heated windscreen, as pioneered by Ford, snappily proved its worth before a frosty morning commute, while the Bose system is certainly an upgrade on most mainstream car stereos, thanks not least to speakers positioned in the sides of the front headrests.

As we’ve said before, the 1.0-litre engine feels pretty slow at first, especially at low revs, but it picks up nicely after about 5000rpm and is perfectly flexible enough for motorway driving.

The DCT gearbox matches this rolling smoothness, shifting wisely and fairly imperceptibly on faster roads; on a back-to-back test with a torque converter-equipped Vauxhall Mokka, the Juke just about edged it (and had a far better selector, it looking like a manual stick).

And indeed the Juke DCT delivered an impressive 43.5mpg over the course of our test, which included some motorway and a lot of urban driving, just 2.1mpg off its official figure.

However, the Juke proves problematic at lower speeds, often giving you a bit of a shunt as you try to power into a gap at a roundabout or accelerate away from a junction. How much of this is due to the gearbox is hard to tell, because we found similar dissatisfaction with the first inch of accelerator-pedal travel in the manual model.

Certainly the auto is harder to park, though: trying to be delicate as you manoeuvre into a tight space, wary of those fancy alloys, often brings you to a frustrating juddering stop. 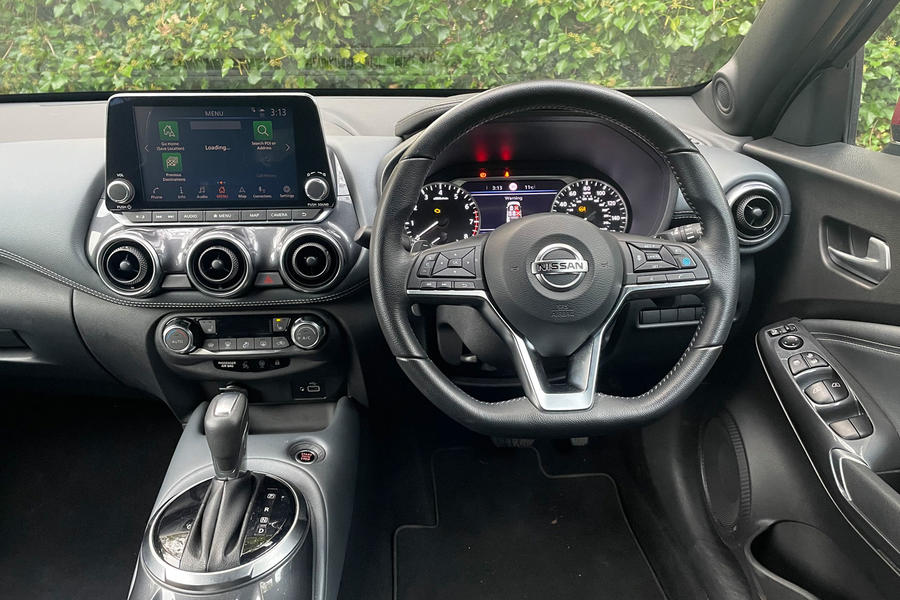 The Juke still isn’t the leader of the compact crossover class, but it’s undoubtedly far more competitive than its predecessor ever was. If you’re looking for sportiness, the Ford Puma is a better bet, being considerably quicker and more dynamic (as well as a touch more practical, if that’s also a consideration); and if you’re looking for ease of driving, the Seat Arona wins out.

But the Juke has a character all of its own that evidently holds plenty of popular appeal. 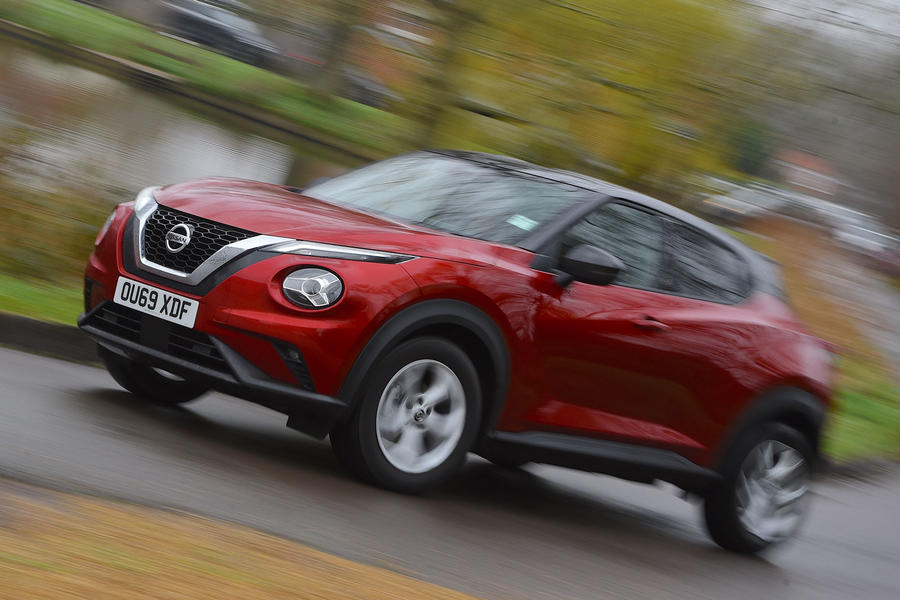 As for the gearbox, most of you will already know which type you want, so there’s little value in telling you that the manual would be our preference. It’s very much a trend with autos these days that they don’t like low speeds (we believe due to WLTP test-friendly tuning), so don’t discount the Juke DCT on this front. It otherwise makes a contented little commuter.

I would imagine that most Jukes will spend their time around town rather on the motorway, so this automatic sounds terrible. Other reviews have criticised it for a hard ride, too, so it doesn't sound like this model is a good urban companion.

Why would a DCT in theory be smoother than a torque converter? Surely it's the other way round, particularly at low speeds.

Why would a DCT in theory be smoother than a torque converter? Surely it's the other way round, particularly at low speeds.

Exactly what I immediately thought: torque converters are lovely and smooth in the way they operate, much better than any clutch, automated or not.  It would be my favourite automatic transmission.  I thought they were dying out,  but some manufaturers after experimenting with DCTs have gone back to torque converters, probably on reliability grounds - DCTs don't have a good reputation.