The Chinese-owned, British-born company has moved many a mile from its former position as a maker of roadsters for cloth-cap wearers, but its decisions to keep much of its engineering and design here in the UK and to concentrate on attractive and affordable models in popular segments has started paying dividends. Sales of the MG 3 supermini rose 47% last year while the ZS SUV soared 66%. By 2021, we’ll see three more MGs, an electric sports car and two more electrified models in popular sectors. Confidence is already rising.

For now, MG seems to have scored another bullseye with its new ZS EV, an impressively affordable battery-powered version of the soft-roader it launched last year with internal combustion power. Though it’s arriving a little later than its relatives, nearly all of the EV’s running gear is substantially the same as its predecessors.

The ZS platform was planned with electrification in mind so its steel body-chassis was designed from the first to accommodate the EV’s 141bhp electric motor in the nose (with all the required power electronics), and a water-cooled 44.5kWh battery under the floor, in a way that does not compromise seating, floor height or dual-level boot space. If you need reassurance that electric cars can be unthreatening and easy to operate, this car is the proof. Hard to believe such a spacious little battery car is so compact, and weighs in at just 1534kg.

The range is a disappointment. In town MG’s engineers claim 231 miles, but the realistic combined range is a modest 163miles, fairly easily beaten by rivals. On the other hand, these distances will probably amply suit many of the drive-to-school applications for which this car will be chosen.

However, MG’s best card is its ZS EV pricing. There are two models, £30,495 Exclusive and £28,495 Excite. The top price falls to £26,995 with the government’s £3500 deducted, while the cheaper settles at £24,995. The Exclusive’s equipment list includes luxuries like a full package of driver aids (traffic jam assist, radar cruise and more) plus leather seats and a huge glass sunroof. The entry-level Excite is £2000 cheaper but still gets a large central screen with standard central sat-nav, a DAB radio and keyless entry.

There’s more: to mark the importance of this first EV debut, MG will match the £3500 government subsidy on its first 1000 sales, which brings the prices down to just £21,495 (Excite) and £23,495 (Exclusive). There’s an accompanying message about cheap running costs: servicing is half the cost of a petrol car, and electric power bought away from home costs roughly a third of diesel. MG estimates a ZS EV on a four-year PCP cycle can save its owner £6000 in fuelling and maintenance. No wonder the company’s modestly confident managers are calling this “the world’s first truly affordable, family-friendly electric car”. They also reckon that in their case, EV stands for Exceptional Value. 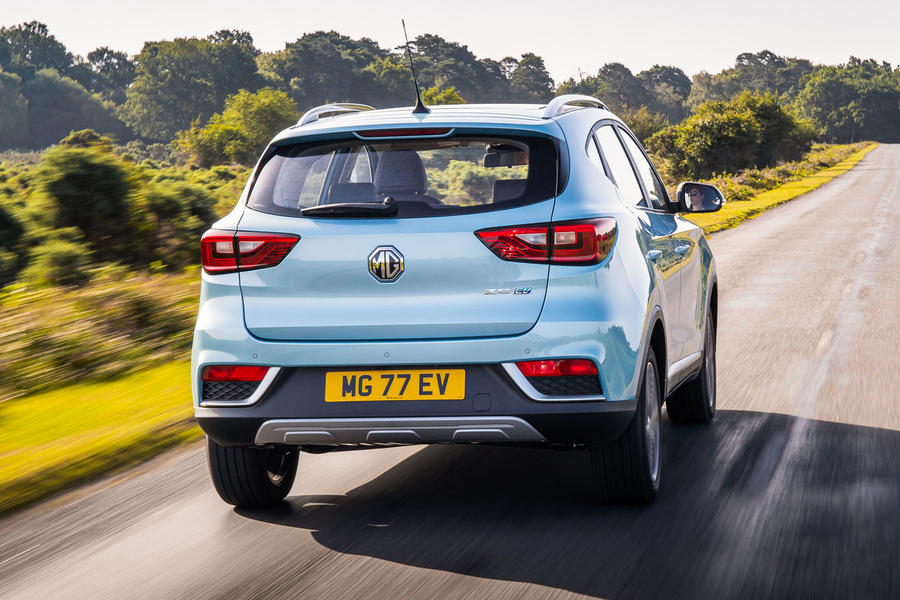 Take the pleasant, easy-driving characteristics of the ZS petrol model (one of which is currently on our fleet) and add the silence, smoothness and amazingly torquey (221lb ft) step-off of an electric car, and you have a refined but quick-responding model, small enough to make its way easily in London traffic but also notably spacious in back and boot.

We’d have liked more heft in the steering; away from the straight ahead, it feels too light and rather lifeless. And the regenerative braking, though available in three levels, isn’t quite strong enough even in its strongest setting to provide the two-pedal operation you find yourself craving when you tune into cars like these.

However, the ride is very supple over suburban bumps, and quiet despite the lack of noise from the powertrain. Its an easy and intuitive drive, the ZS EV, the kind of car that converts drivers to its ways, just by being so easy and accurate to handle. The seats are supportive and well-shaped, though the lack of reach facility on the steering column seems a bad miss.

You won’t see much on the exterior to distinguish a ZS EV from its conventional confrères, apart from a new “windmill” wheel style and an EV-only colour – Pimlico Blue – which, by its lightness and cleanliness, is meant to embody progress in electrification. There is, of course, also the lack of an exhaust tailpipe. In sum, this is a pleasant, unexceptional car, but the kind of machine well able to get under your skin.

Certainly, if you’re in the market for an affordable electric car. Its strengths are jaunty styling, plenty of equipment, ease of driving, good quality and a seven-year warranty on battery and car.

Its weaknesses are an open-roads range that doesn’t match the best and controls (especially steering) that could be improved. But the buying proposition, for electric-only customers, has to be one of the best on the market. 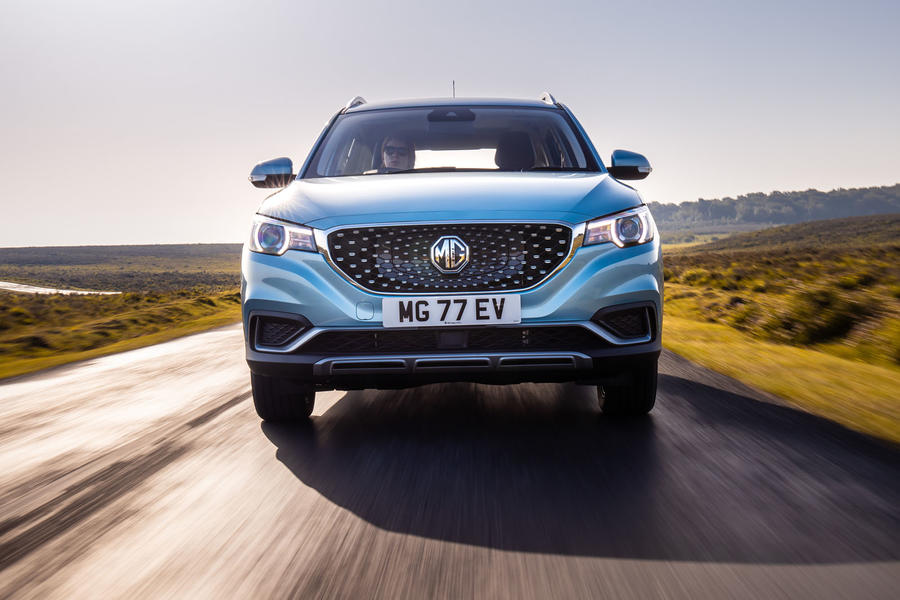 MG are reborn again but this time with Chinese manufacturing expertise, reliability, aftercare and service. Unlike the unreliable offerings and reluctant customer service typical of British manufacturers, this new MG is a breath of fresh air (quite literally). Not only is the MG ZS EV a great car for the money but customer service at this level is a whole new experience for British buyers. Chinese manufacturers are extremely customer focused and the same excellent customer service would naturally be expected to extend to their British distributors. They certainly couldn't help but be an improvement over British brands. Over their lifetime my elderly parents have become used to poor service from a variety of British brands but they've experienced wonderful customer service from MG and are absolutely delighted with their new car. If any problems surface they're confident MG will deal with them very promptly. The Chinese are experts when it comes to electric cars.

The MG ZS EV is a perfect car for my elderly parents. They're both well into their 80s so I expect this may be their last car. My mum is so pleased she can drive again. She loves the silence, reliability and simplicity. She says it's so easy, just push a button and go. My parents don't do the sort of mileage needed to offset the additional cost of an EV but it matters more to them that they lighten their footprint on the world and leave a better future for their children and grandchildren. Buying an EV is not just for one's wallet.

...will they back it with aftercare and parts?

At the moment, MG is the only source for spares for thier vehicles, which means they can charge what they like - and according to some owners, that's exactly what they are doing.

This is the right product at exactly the right time, but they have a long way to go to assure customers that as a company, they will act honourably towards thier customers - not something Chinese companies are exactly known for.

Wife keeps clogging up the DPF on the A6... only drives 3 miles a day to and from school, we would like an electric car for her and this would suit the bill.... the fact that the interior quality isnt bad and the fact that the warrenty will run out hopefully when range anxiety is a thing of the past suits us down to the ground.