From £50,0108
A facelift for Mercedes-AMG's entry-level C-Class Coupé fails to see it keep pace with the all-conquering BMW M2 Competition
Open gallery
Close

This is our first taste on UK roads of Mercedes-AMG’s entry-level take on the revised C-Class Coupe. As before, the Mercedes-AMG C43 Coupe bridges the gap between the already pretty sporty standard Mercedes-Benz C-Class Coupe range to the far ballsier and more extreme C63 AMG Coupe as part of the tiering of AMG models in any given range to broaden the choice for buyers.

You won’t mistake a C43 for a C63 visually, for the former does without the latter’s aggressively-flared rear wheel arches as the most obvious visual differentiation between them. The C43 instead relies on its donor car’s pretty, sleek lines to give it a different kind of purpose, with its biggest dose of sportiness coming from the quad exhausts. 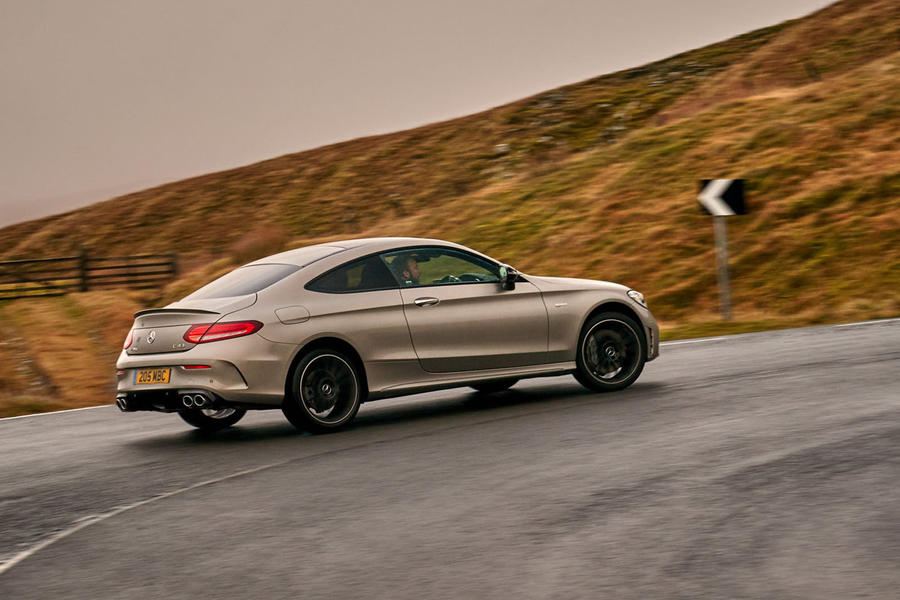 Nor will you if you open the bonnet, where you will find a V6 instead of the range-topper’s V8. This isn’t any old V6, however, as it has some serious performance credentials of its own. The twin-turbo 3.0-litre unit produces 385bhp (up by 23bhp) and 383lb ft, driving all four wheels through a nine-speed automatic gearbox.

The C43 is one of the best examples of just how diverse the AMG brand has become. The model lacks the raucousness of the 63-badged AMG models, and feels far more like a potent grand tourer than a compact sports car. To that end, at times it feels like it has more in common than the C-Class coupe models immediately below it in range than the full-fat C63 AMG above it.

Take the ride quality. The ride is one of extreme sophistication, and for the most part makes this a very comfortable car indeed. While cycling through the various Comfort and Sport modes the firmness and response increases, that high-quality ride devoid of disturbance from whatever the road surface beneath it remains. It’s really very comfortable, which is not really the thing you expect to be most impressed by on any AMG model.

The trade off with that brilliant ride is handling that’s not as involving as you’d want it to be. There’s plenty of grip, body control is excellent, and it’s very stable and predictable at speeds, but this is not a car that really involves you in the process. It’s all a bit by the numbers; a car to impress the head while keeping the heart beating at a steady pace.

That grand tourer feel spreads to the drivetrain, too. Straight-line pace is the C43’s forte rather than the kind of howling, barking adjustability afforded by the V8-engined C63. It’s actually more sensible feeling than the numbers suggest, too, and it isn’t as confidence inspiring car to drive quickly as it should be, both things that can be traced to the lack of intuitiveness of the nine-speed automatic gearbox.

The rest of the package is all very grand tourer, too - and here it’s most welcome. The seats are comfortable and supportive, the cabin layout intuitive and dripping with perceived quality, while the digital screens are big and bold, and rich in their presentation. Inside and out, this is one of the best-looking cars Mercedes-Benz makes.

Solid if slightly unspectacular, the C43 Coupe isn’t the sweetest AMG in its range. It could get away with that in other sectors it makes cars in (and that’s quite a lot these days), yet the C43 Coupe competes against probably the best car its biggest rival BMW M currently makes, the M2 Competition.

The M2 Competition is one of those cars that comes along every now and then that makes you reappraise everything else that lines up alongside it. That’s bad news here for Mercedes-AMG, whose own C43 loses far more on the dynamic front to Munich than it gains with the comfort, quality and cross-country pace it trumps the BMW on. 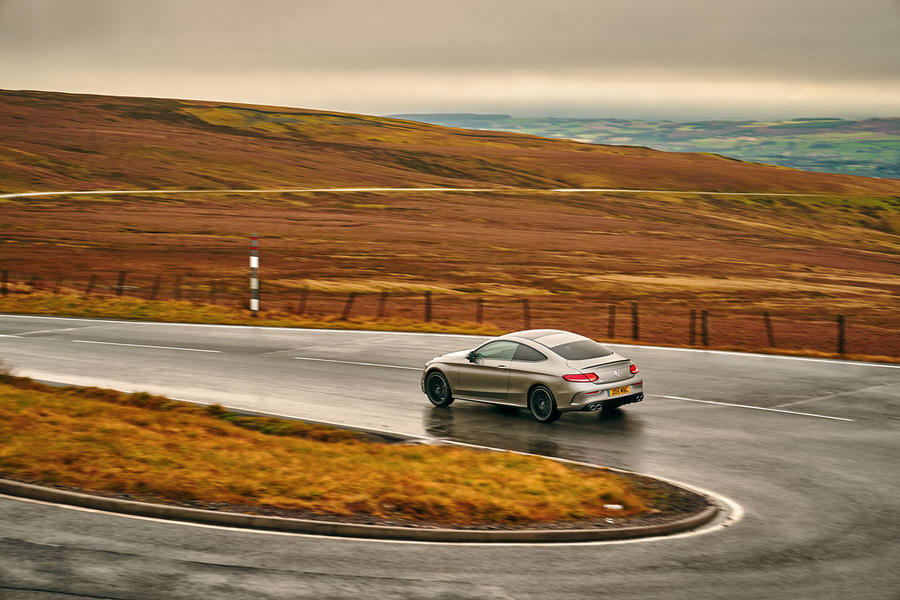 The only way to compare these cars is on price, so any £50k+ car would do

My pulse, according to my Fitbit, hasn’t risen by a single beat.

Autocar with all due respect it's not trying to be an M2 Competition. Different car. Different buyer.