BACK TO ALL NEWS
Currently reading: 2018 Mercedes-Benz C-Class on sale from £33,180
UP NEXT
New Hyundai Bayon to launch in 2021 as entry-level crossover

Mercedes-Benz is now taking orders for its refreshed C-Class range, with prices for the launch range starting from £33,180 and first deliveries due in July.

The opening price is for the C200 petrol in entry-level SE spec. It gains a new EQ Boost mild hybrid system that uses 48-volt electrical architecture with a belt-driven starter/generator to provide additional torque (read more on powertrains below).

Both saloon and estate versions are offered, while above SE, Sport and AMG Line trims are offered.

The engine range will be bolstered later this year with a lower-priced entry model and further electrified EQ models. These will be full plug-in hybrids, in the form of the C300e petrol, as well as a four-cylinder diesel hybrid called the C300de.

The new EQ Power system increases the output of the electric motor by 40bhp over that used by the existing four-year-old 300h to 120bhp. 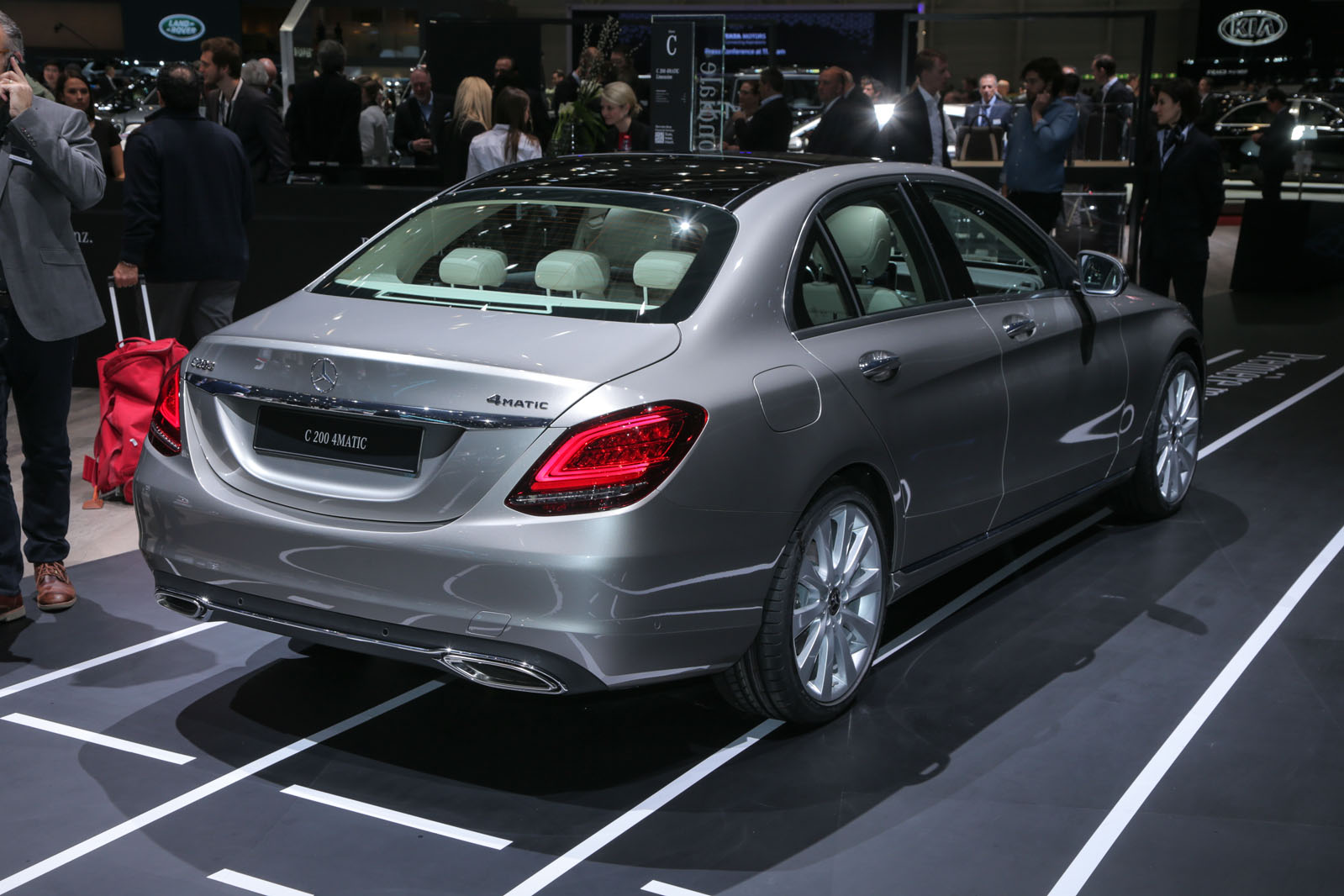 The two new plug-in hybrids’ electric range will extend to more than 31 miles, thanks to the lithium ion battery’s capacity rising from 6.4kWh to 13.8kWh.

Mercedes is remaining tight-lipped about the combined system outputs for the C300e and C300de, which aren't due out for several more months. However, the C300e’s turbo 2.0-litre petrol engine is claimed to deliver 208bhp and the C300de’s 2.0-litre diesel makes 191bhp.

The revisions include a number of subtle styling upgrades, including reprofiled bumpers with added chrome highlights, new headlights and a new diamond-pattern grille insert for AMG Line models.

Inside, the facelifted C-Class retains the basic dashboard design of the outgoing model, together with updated analogue instruments and a 7.0in infotainment display. 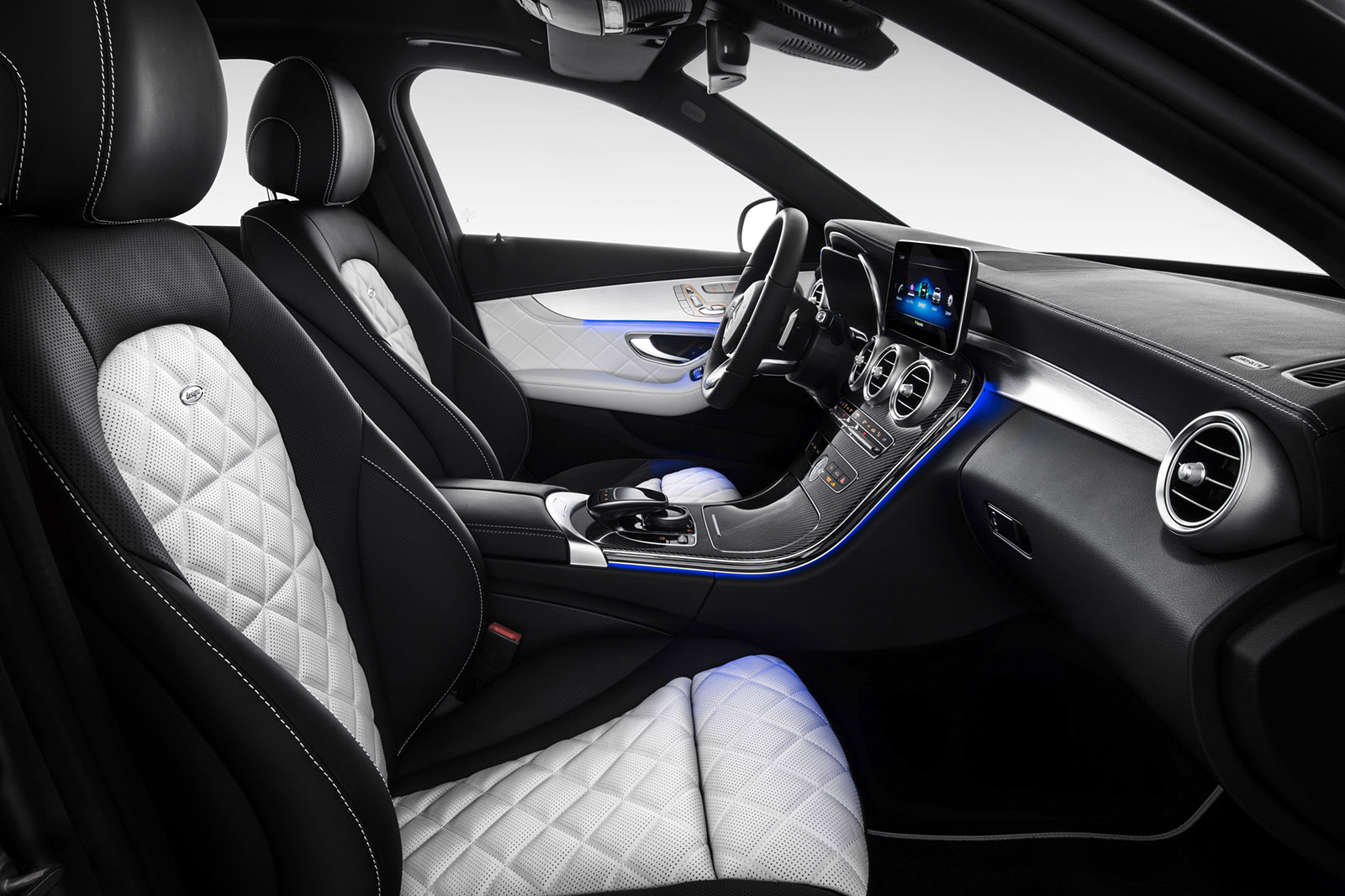 The C-Class’s Comand infotainment system has been upgraded to the same standard as that used by the facelifted S-Class. However, it forgoes the touchscreen control and connectivity functions of the more advanced system in the new A-Class.

The C-Class also gets optional smartphone integration supporting Apple CarPlay, Android Auto and MirrorLink, as well as a wireless charging pad. It will also be offered with new Remote Parking Pilot and Driving Assistance Package Plus systems. 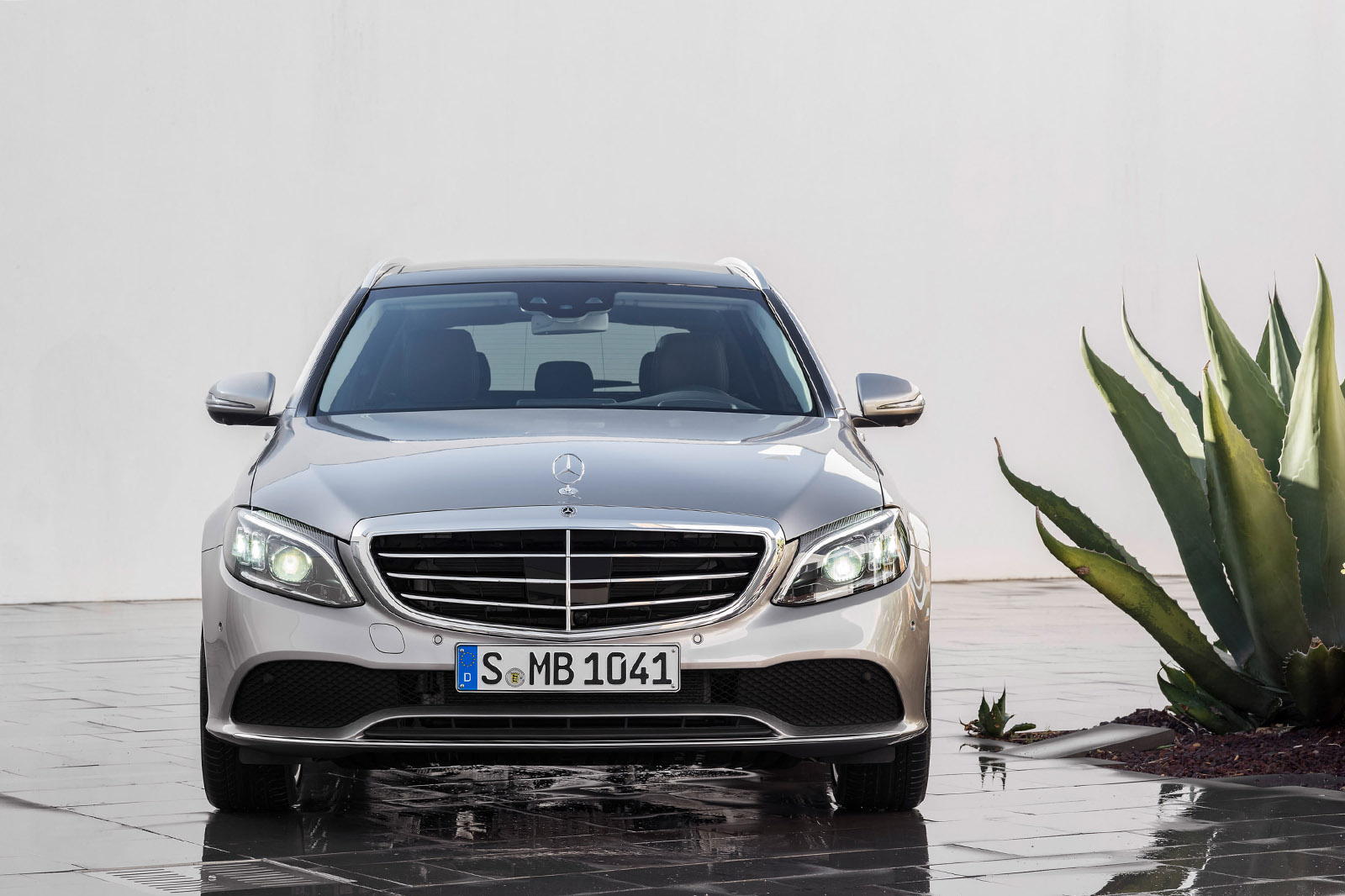 In the C200, the mild hybrid with EQ Boost badging, the engine delivers a nominal 188bhp, with an added 17bhp available on kickdown when the alternator acts as an electric motor to boost performance.

In the C300, the engine is in a higher state of tune, at 241bhp, but doesn't have electric assistance.

That seems a tad pricey, even for a car with the 3 pointed star on the grill!

It's scary how car prices have been going up lately; it seems that manufacturers are factoring in the weak pound. The starting price on release 4 years ago was under 27k s so its gone up by more than 20%.

However all is not lost, I just checked Motorpoint's web site and a 5,000 miler is under £20k.

What are Mercedes playing at? A, E and the S Class all now have the widescreen dash, but apparently not the ‘facelifted C Class’

Really hoping that the ‘reveal’ in March at Geneva has the C Class without the Halfords-esq floating infotainment display.

Holding off ordering a C43 Coupe till after Geneva in the hope it’s gets a widescreen dash too.

It will get the widescreen

It will get the widescreen dash when it receives it's complete overhaul in 3-4 years, This is just a mild mid-life refresh and wouldnt cover costs of a full dashboard redesign which have to last the 8 year life of the car. The centre floating screen is actually wider than the pre-facelift model so you are getting widescreen there but it won't get the full digital twin -widescreen replacement for the conventional dials like you see on A and E models as they only got that at full model replacement time, not mid-life refresh.

Good to see the return of a

Good to see the return of a diesel hybrid - they make far more sense than petrol hybrids. At least the C isnt as cheap and tacky inside as the A, E and S.