From £27,5008
The latest incarnation of the Elise may be out of its depth on track, but on the public road it is probably the purest version since the original
Open gallery
Close

Really, you shouldn’t be reading this. Not even Romano Artioli, the former Lotus boss, who named the car that saved the company after his granddaughter, could have imagined that 21 years after it first went on sale the Elise would still be with us.

It is the George Foreman, Martina Navratilova and Michael Schumacher of production sports cars – still hungry, still able and still super-competitive, long after logic says it should be feet-up by the fire with a library book and a mug of Horlicks.

Then again, it’s not had much choice in the matter. Such have been the travails of Lotus’s recent history that the Lotus Elise has been required to work long past retirement age just to keep its maker afloat. But now just three more years remain before it can swap spikes for slippers and hand over to an all-new Elise. And to that end, a raft of modifications have been introduced to get it there.

There are two main points of focus here – appearance and weight reduction – and changes to the body affect both categories. There’s a new front clamshell with larger apertures and, therefore, less bodywork; and a new rear transom with single, rather than double, light clusters. The diffuser is made from aluminium, which has shed a total of 9kg from the panelling.

Inside, there’s an open-gate gearshift with a shorter throw, claimed to shave off another kilo, while optional carbonfibre sill covers lose 900g.

Perhaps more importantly, there’s a new instrument pack with dials that are easy to read, and a new infotainment unit offering Bluetooth for the first time on an Elise. 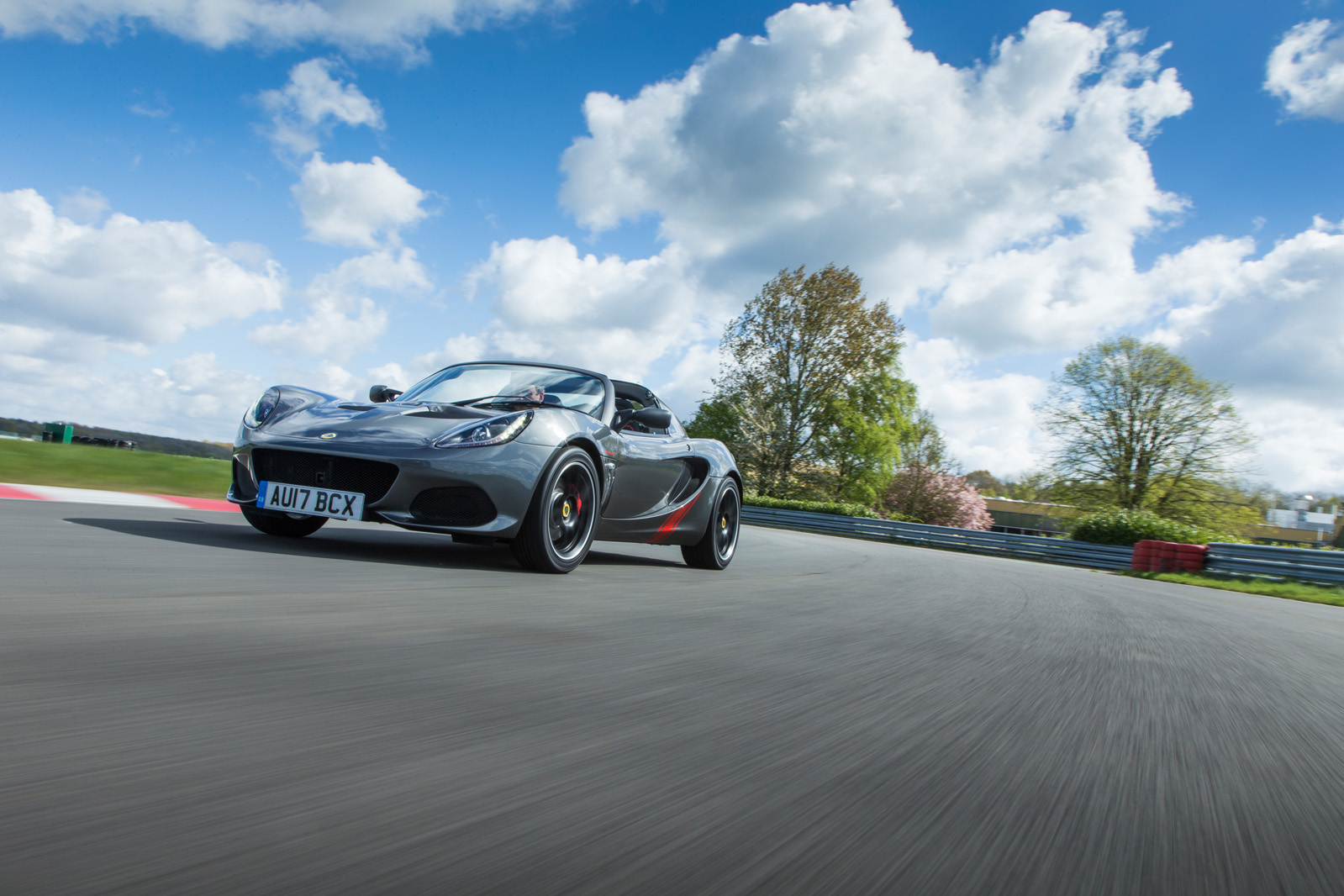 But the real news is the return of a name not seen on a standard-production Lotus since it was last used on an Elan in 1973. While the standard Lotus Elise is called the Elise Sport and comes with the same 1.6-litre or 1.8-litre supercharged engines, there are now ‘Sprint’ versions of both models, offering further and substantial weight reductions: 26kg in total on top of the 10kg cut enjoyed by all new Elises.

Moreover, Lotus says that the Elise weighs the same as the original series 1 Elise (“adjusting for legislative, safety and customer requirements”). Which appears to mean that if you took off everything that’s been added it would weigh the same. The truth is the original Elise weighed between 690-720kg with fluids on board, and if you weighed the new Sprint the same way, instead of quoting Lotus’s figures, which are actually based on a dry weight, it would come in at around 830kg. And it’s only able to duck under the 800kg dry target Lotus set for it by making the 6kg roof a no-cost option and therefore exempt from official figures. We say possibly then when comparing to the Suzuki Ignis, as Suzuki doesn't quote a dry weight figure, only a figure of 810kg with fuel and fluids. 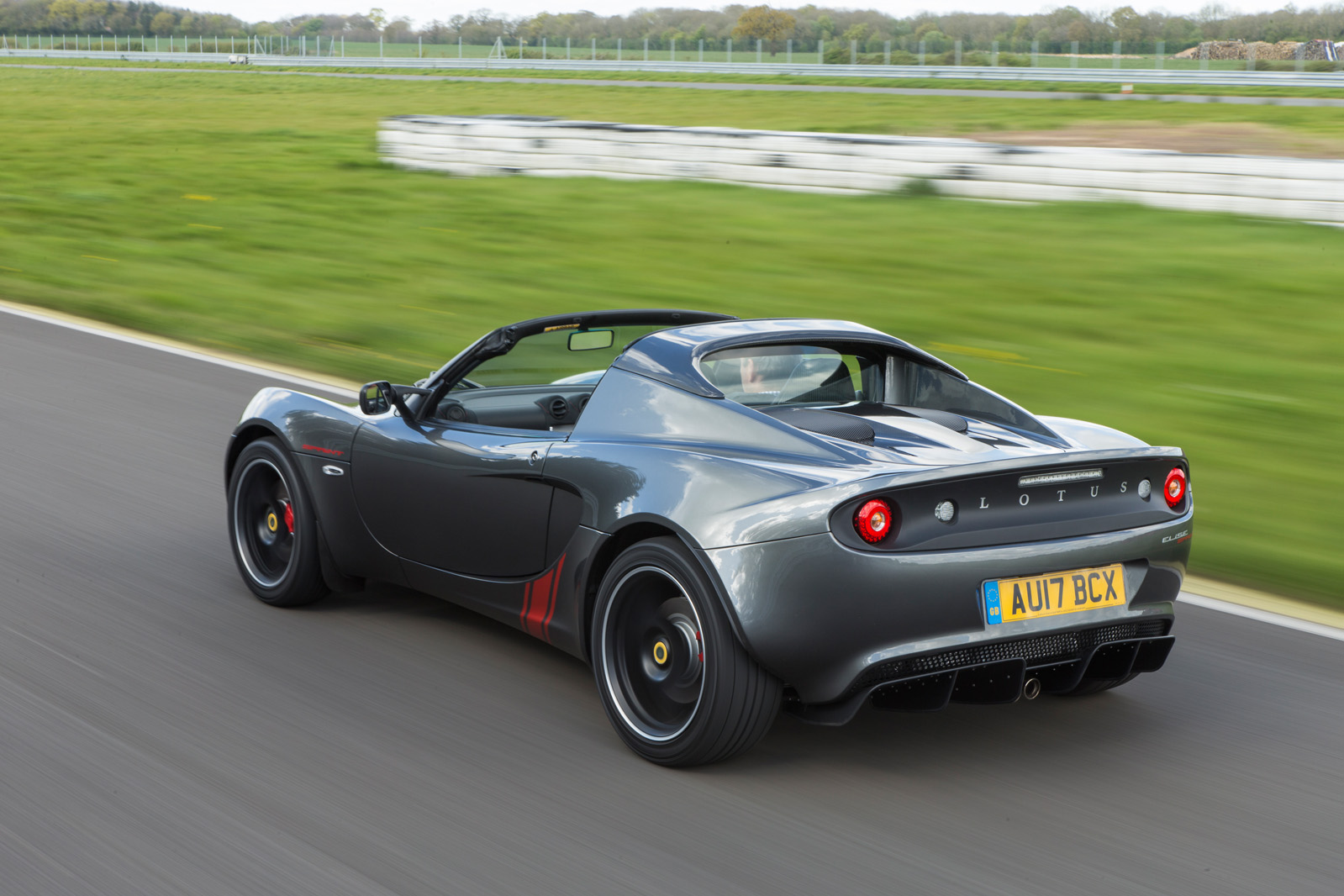 What next? A no-cost option powertrain? But if this is smoke and mirrors, it’s no more so than the games played by other larger manufacturers.

Most importantly, we shouldn’t let this obscure what really matters: whatever the numbers, the Elise Sprint is a much lighter version of an already exceptionally light car. For a Lotus, that can only be good news.

The styling revisions are a mixed blessing: no one will mistake this renewed Lotus Elise for the previous model, and while the new shape is more purposeful, it’s also more aggressive. That said, the car is a little easier to access, thanks to fractionally wider door openings and lower sills if you choose the thinner carbonfibre covers. You’ll notice – and welcome – the new clocks at once, but otherwise it’s very much business as usual.

Time being short, I took first to the track. While the chunky stuff, such as the engine, gearbox, suspension and brakes, are all unchanged, less weight means they all have less work to do. You would, for instance, need to give the engine another 10bhp in order to gain the same improvement in power-to-weight ratio brought by the reduction in mass, which is a lot in a car with only 132bhp. That’s why Lotus can claim a 0.3sec reduction in 0-62mph time, down to 6.2sec. But extra power wouldn’t make it corner any quicker, stop with greater alacrity, or feel more alive in your hands. The weight loss does all of that. 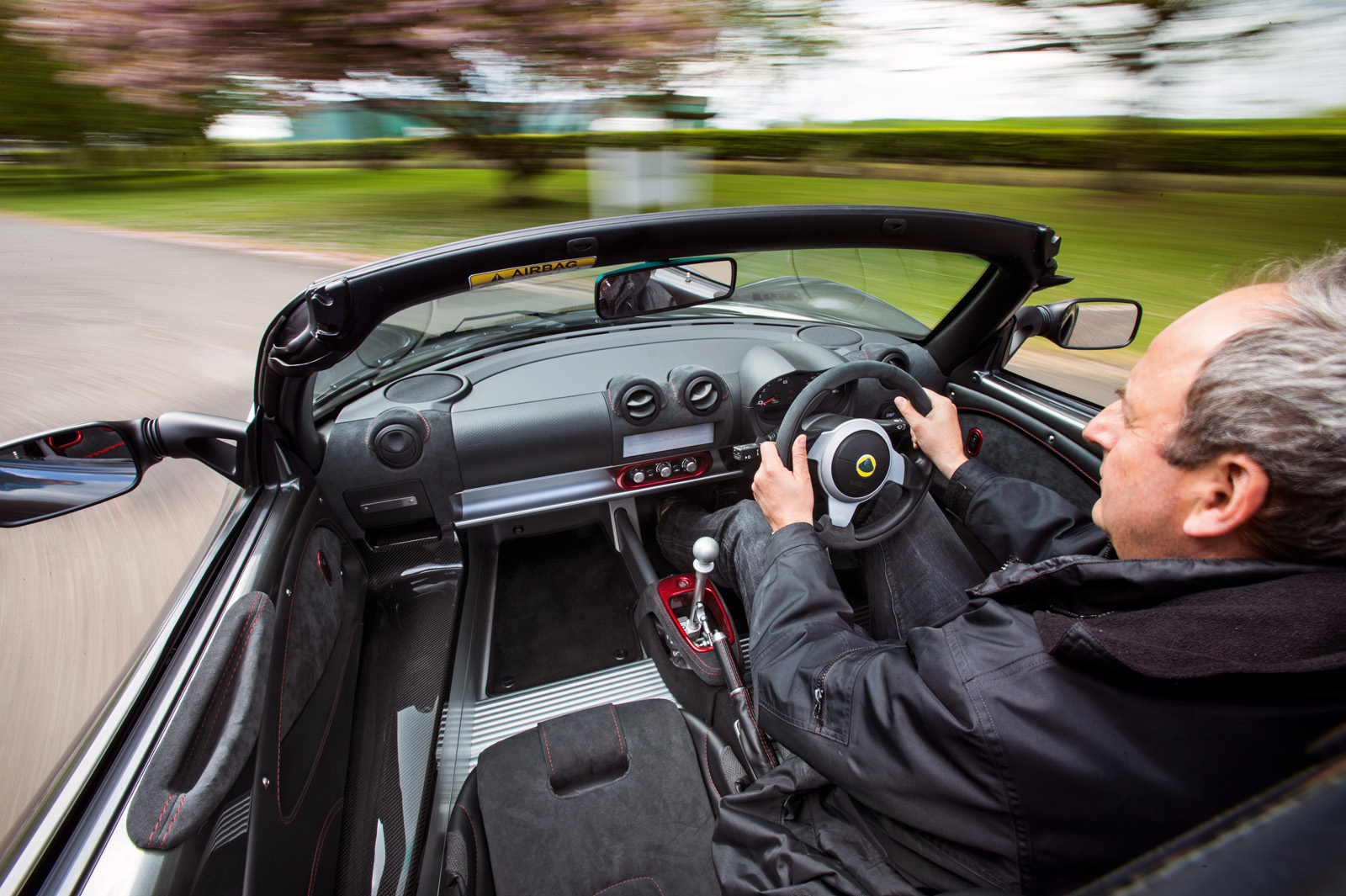 And if all you do is drive it quite quickly, the Elise Sprint is a delight. The engine sounds purposeful and the gearchange is perhaps the best I’ve enjoyed in a Lotus since the original Elan. It feels fluid in time-honoured Lotus fashion and even more eager to change direction through the many alternating curves on the famous Hethel track.

But if you drive it at proper track speed it feels less assured. I don’t quibble with the quite modest performance nor with the fact that its relative lack of torque, mid-engine configuration and lack of limited-slip differential means it’s no kind of drift machine. Less easy to reconcile in a Lotus is the quite pronounced understeer in corners both slow and fast.

I love the fact Lotus has fitted the Sprint with skinny 175-section front tyres, because it makes the car steer beautifully, but an 800kg car with 132bhp and no traction issues does not need a rear tyre fully five sections wider. A 205-section tyre, rather than the 225 fitted, would surely help the car’s balance without compromising grip while saving even more weight in the process. To be fair, there is an Elise Cup for those who wish to thrash around tracks.

Out on the road, the Sprint instantly recovers its composure. The weight modifications bring no revolution even in this environment, however; just a useful sharpening of already well-honed responses. I love the way you can drive it on the throttle without nearing the limit of adhesion just by using weight transference to angle the nose into or away from the apex via the medium of your right shoe.

And I love the fact you so rarely have to slow down for anything - although when you need them, the brakes are astonishingly good for a car wearing such modest front tyres. You just carry the speed, delight in the feel of the steering as that little wheel writhes around in your hand and get back on the power at a point where you’d be scarcely off the brakes in a heavier, less agile and less fluently configured car.

Lotus charges £5000 extra for the Elise Sprint over the Sport, and without having driven the latter in its latest iteration, it’s hard to say if the upgrade is worth it. It’s far easier instead to ponder what else, at either price, offers this level of pure driving pleasure as well as enough practicality for hardy types to use for all seasons and reasons.

The answer is the same as it’s been these past 21 years: none. Then, as now, the Lotus Elise is a unique proposition whose charm has barely diminished over the years. And with just three more to go, it looks certain to remain that way to the end.

I think the article says more

I think the article says more for Suzuki than it does Lotus.
Locknload66 27 April 2017

Move on, nothing to see here.

So, this very expensive old school chugga, or a Megane RS, Focus RS, Civic Type R....Golf R and a shit load of cash back?