From £28,5458
With much riding on the success of the Jaguar E-Pace, we have been impressed with the mid-level diesel version, but now its time for the most powerful oilburner to go under the spotlight
Open gallery
Close

The E-Pace is not only Jaguar’s first compact SUV. It’s also the first Jaguar to be manufactured abroad.

It’s something of a shake-up, then, though one that was predictable given the potential spoils of this particular segment. And, just to be clear: the forecast is that this car will outsell the F-Pace, which itself now accounts for more than half the marque’s sales.

But the status quo has not been entirely disregarded. There’s been the barrage of negative publicity, fears over residual values and, in some parts, associated parking surcharges, but it’s still expected that three diesel Jaguar E-Paces will roll off the production line for every petrol. Surprising? Perhaps not, because effortless diesel clout still suits this variety of car very well. 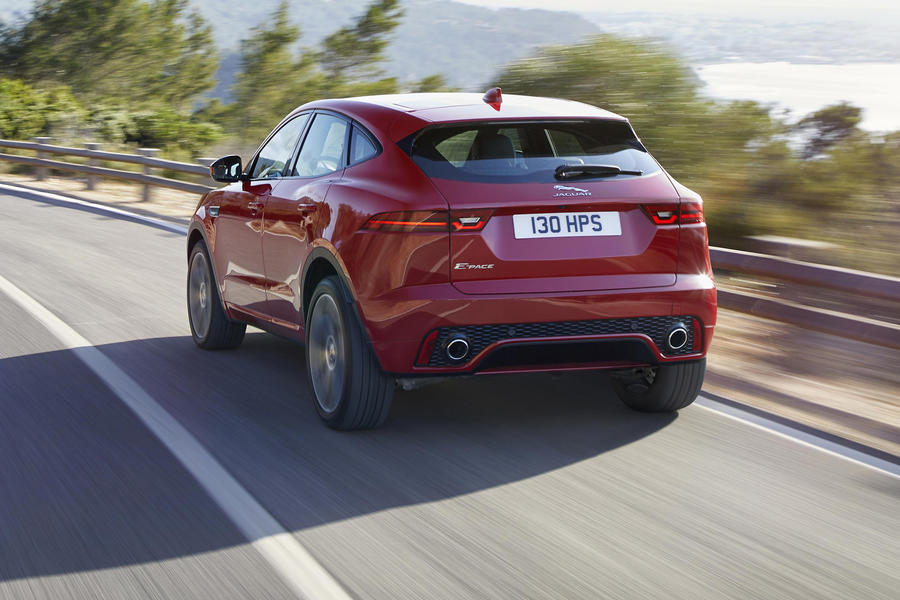 Put the two powerful petrol models – the P250 and P300 – to one side and there’s a choice of the D150, D180 or the D240 diesels. Jaguar says most buyers will opt for the D180, and given its useful fuel economy of 50.4mpg and swell of 317lb ft, it certainly strikes a good balance. One thing we took away from our first drive of that car was Jaguar seems to have improved the refinement of its Ingenium engine, too.

Those who would prefer greater performance might consider the D240 tested here. In its favour is the greatest torque output of any E-Pace, with 368lb ft from only 1500rpm, which is enough to drop the D180’s 0-62mph time by almost two seconds to 7.4. It would be quicker still was it not for the fact that this E-Pace is heavier than an equivalent-engined Jaguar F-Pace. You’ll also take a 10% hit in fuel efficiency compared to the D180, though the manner in which the more potent model can thunder (often noisily, it must be said) between two points will make that a worthwhile trade for some.

There’s more to it than power, though. The four-wheel-drive hardware in the D240 is different to that which you’ll find in lesser models. They use a Haldex system borrowed from the Evoque. Here you get the same GKN-built system found in a Ford Focus RS, with clutch packs either side of the rear differential. Their job is to control the flow of power to each wheel in such a way that the Jaguar E-Pace is imbued with the rear-driven feel that an SUV built on a front-wheel-drive platform naturally lacks.

In normal driving there is no discernable difference. Exit corners with some commitment, however, and there is a faint but satisfying sensation of propulsion from the rear outside corner. Admittedly, it’s a little artificial, and only half of the available torque can head rearwards. It means that while the D240 feels sure-footed and brisk, it never really entertains – not to the standards set by Jaguar itself.

The stylish interior is a strong point, and looks particularly good when upholstered in two-tone leather (we’d also option the digital dials, for £510). Moreover, while the exterior design might seem a little blunt next to the F-Pace, it also has more about it than most rivals, and looks excellent in Borasco Grey (£615; don’t listen to those who call it ‘metallic primer’). But these things are fundamental to any E-Pace you can buy. 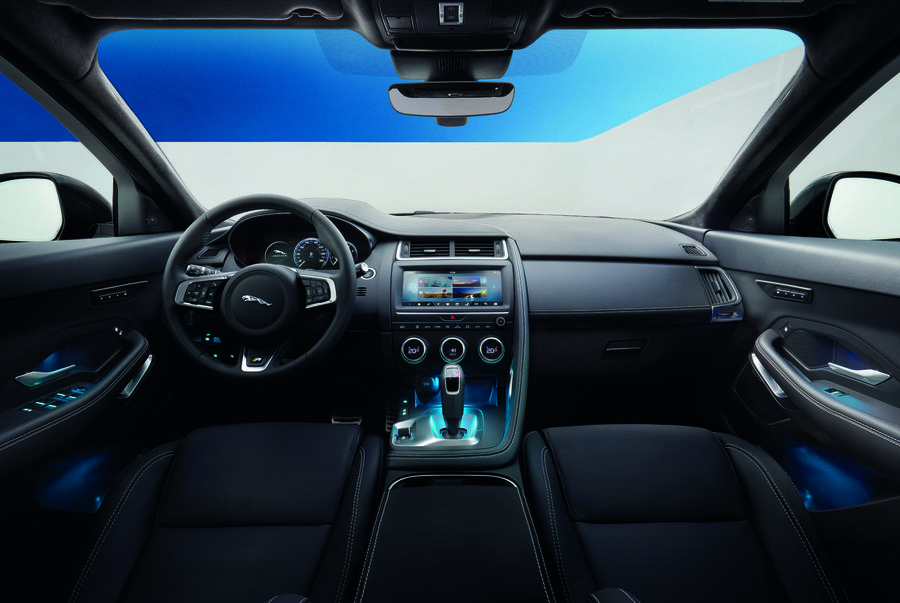 The D240 costs roughly £4000 more than the D180, and yet all those things that would make you want to own an E-Pace – the well-appointed interior, strong ergonomics, a prettiness rare among its peers and, by the standards of the segment, superb steering – all come as part of the less powerful package.

Consider also that in popular R-Dynamic trim, the principle benefit of which is a pair of excellent sports seats, the D240 crests £43,000. That’s enough for a handsomely equipped Alfa Romeo Stelvio or BMW X3 – both are larger cars and, truth be told, much more convincing dynamically.

And that’s the nub of it. The expensive D240 gives you more power but no more panache or, ultimately, substance. Arguably, it also moves the otherwise impressive Jaguar E-Pace further away from its natural role – that of a steady but fashionable family cruiser. We’d stick with the D180. 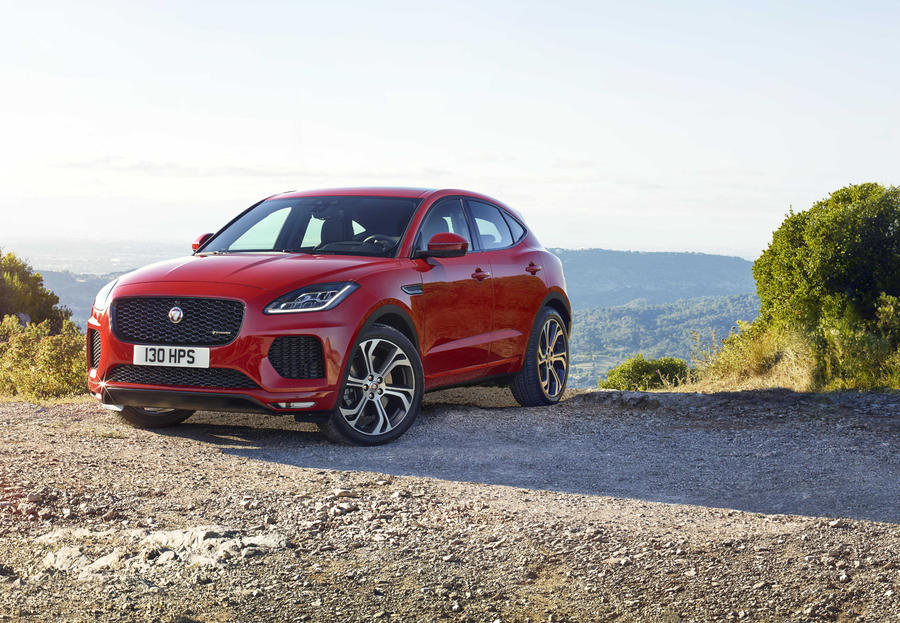 Thankfully missing from this on-line version dated 17JAN2018, but inexplicably included in this week's printed magazine dated 24JAN2018, is an introductory comment by Richard Lane, that this is "the first Jaguar to be offered with just the four cylinders . . ".

The Jaguar E-Pace is  NOT  - of course - the first Jaguar to be available with (just) a four cylinder engine.

That accolade goes to the much maligned X-Type. It was also the first FWD Jaguar. The first diesel engined Jaguar (from the rattly old Transit!). The first transverse engined model, and the first five-door (estate).

The only “short-coming” that is inappropriately and undeservedly attributed to the X-Type, is that it failed to meet the naïve, and unrealistic overly ambitious sales figures set for it by Ford in Detroit.

...maybe for those forgetting its unacceptable kerb weight or its way too big rims/wheels compared with the smallish general dimensions, the uninspirig performance/ road holding/ gas economy and so on.

Even not mentioning the high price, whilst that could be a buying-stimulus for some badge-geeks.

Although, even those should observe the bizarre (front)-ressemblance with a certain -- new, but very low-regarded -- Suzuki Swift... ;-)