From £28,5458
Not the driver’s car many would hope from any car wearing the Jaguar badge, but the E-Pace is an attractive and interesting addition to the compact premium SUV ranks
Open gallery
Close

This is likely to be the best-selling Jaguar of modern times. The Jaguar F-Pace already shifts more units all by itself than did Jaguar in its entirety just six years ago, and the E-Pace is likely to eclipse the F-Pace in the same way as the Porsche Macan eclipsed the Cayenne. This mid-spec diesel will be the best-selling E-Pace of them all, at least in the UK and at least until the politicians and tabloid press have succeeded in their campaign to cleanse the roads of diesel-powered cars.

Powered by a 177bhp specification version of JLR’s ubiquitous ‘Ingenium’ motor, it offers the same fuel consumption and CO2 emissions as its 148bhp sister when similarly configured with automatic gears and four-wheel drive. Front drive is available with only the lower-powered engine although, in reality, even this car is front-wheel drive until slip is detected at the rear.

Otherwise it is as per every other E-Pace – a car derived from the Land Rover Discovery Sport which itself was a highly developed evolution of the old Freelander whose architectural roots could be traced back to the platform developed by Ford for the Mondeo among others. It’s built by Magna Steyr in Austria because all of JLR’s UK SUV plants are already running at triple shift, 24/7 capacity. 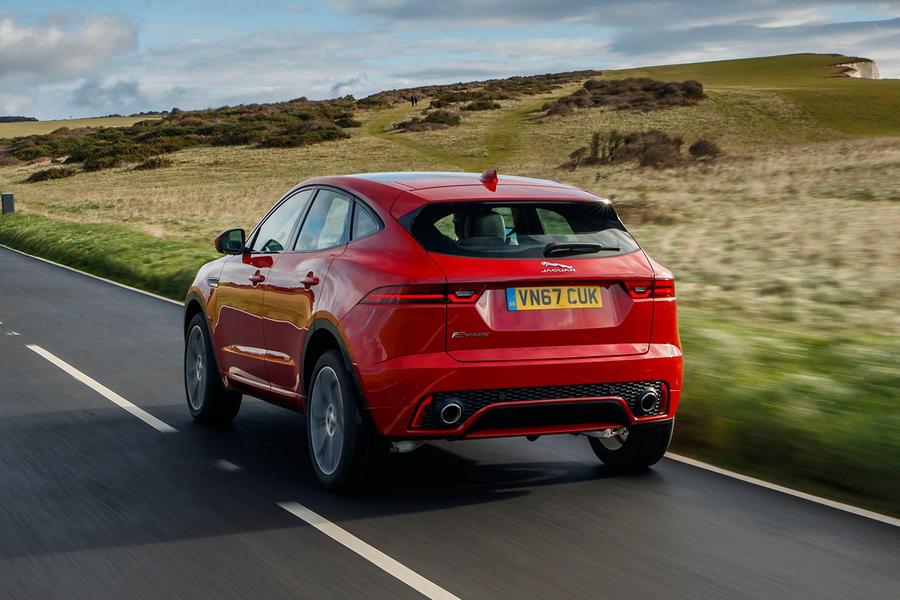 So much more convincing than the flagship petrol model. At almost 50 grand, even a near-300bhp E-Pace struggles to make a case for itself; competitively priced in the mid-£30ks, this diesel has no such problems. It’s an attractive car inside and out, although lacking the more elegant proportions of Jaguar F-Pace.

Ergonomically, the driving environment is not as good as the best of the German opposition, but the E-Pace has a sense of interior style they lack. Just remember that the car looks larger than it is and you should satisfy yourself entirely that there’s enough space in the quite cramped rear cabin before taking the plunge.

On the road it’s good enough for its class, but those expecting a proper Jaguar driving experience should manage their expectations. For all the guff in the press pack about the ‘symphonic score’ of the engine and the car’s alleged ability to ‘make the road its stage’, by traditional Jaguar standards it’s a fairly mediocre thing to drive. And if ‘true performance isn’t just measured in figures’ that’s just as well because quick it ain’t. With manual gears it ducks under the 10-second barrier for the 0-62mph run with just a tenth to spare – the equivalent BMW X1 needs just 7.6sec, not least because it’s more than 200kg lighter. The auto is a little quicker, although the nine-speed box tends to hang on to its gears for too long.

The chassis is better but still not quite in the same league as other Jaguars sitting on more modern, lighter, aluminium-based platforms. By the somewhat modest standards of its class it handles quite well, managing its mass in corners, never feeling flabby and with conspicuously good steering. But it’s only been done by nailing down its body movements on its dampers and roll-bars, which means the ride - especially at low speed - is good enough but no better.

But none of this can obscure the fact that, in normal use, the E-Pace actually provides a pretty pleasant place in which to pass the time. The ride is fine on the motorway and from the low noise levels I observed, it seems JLR is getting on top of the refinement issues that affected early diesel Ingenium engines. And it does look and feel different, an interesting and imaginative alternative to the more predictable class norm. 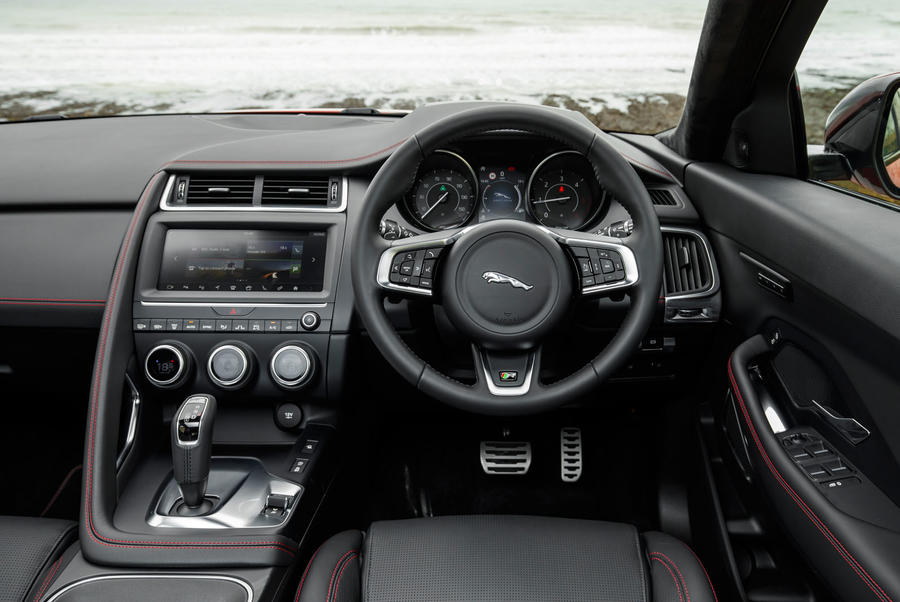 If you’re pondering the four-star rating, bear in mind we judge according to where we think a car stands in its class - and in this class of high and heavy cars it does well. Indeed for most people most of the time the looks, interior ambience and image of the E-Pace will trump its modest performance and flawed low-speed ride.

The truth is that while this E-Pace may not be a particularly great Jaguar, by the rather less demanding standards of the compact premium SUV class, it does just fine.

Its the car tax thing!

I think JLR have a fundamental problem

all their cars are too heavy. I'm so pleased with this British success story (yes, with Indian money and German management) but they have to learn how to make cars lighter. This thing, I believe is heavier than its (significantly) bigger brother. That's lunacy. However many they sell, however much money they make it's flawed enginering. Hire Gordon Murray as a consulatant, pay him millions, it will be worth it.