The entry-level version of the Jaguar E-Pace compact SUV – almost. You can actually go one trim level lower on the car’s equipment roster and, in theory, depart from your local dealer with a car costing less than £29,000 at list price – but Jaguar didn’t have one of those for us to test.

The car uses an ‘Ingenium’ 2.0-litre turbodiesel engine closely related to those of Jaguar’s more powerful oil-burners, that produces 148bhp and 280lb ft of torque, and drives the car through a six-speed manual gearbox and also exclusively through the front wheels.

Only one other engine in the range can be combined with a manual gearbox, and no other misses out on four-wheel drive, so this really is the E-Pace at its simplest. And it’s lightest – which, in a car we’ve already criticised for a bit of excessive bulk, is worth noting.

Stick with entry-level trim in your E-Pace and you might imagine you’ll get a pretty pared down equipment level, but you’d be surprised. The bottom-rung car does get manually adjusted fabric seats without heaters, but it has 17in alloys, LED headlights, a 10in touchscreen infotainment system with DAB radio, cruise control, a reversing camera and a fairly full tally of active safety systems.

Moving up to an ‘S’ is a £4100 stretch, but gets you upgraded headlights, 18in alloys, electric leather seats, heated mirrors and an infotainment upgrade including a better navigation setup, an in-car wifi hotspot and Jaguar’s ‘InControl’ smartphone apps. It may seem like a large premium for that little lot, but there should be plenty of demand for it considering the enhanced connectivity features. 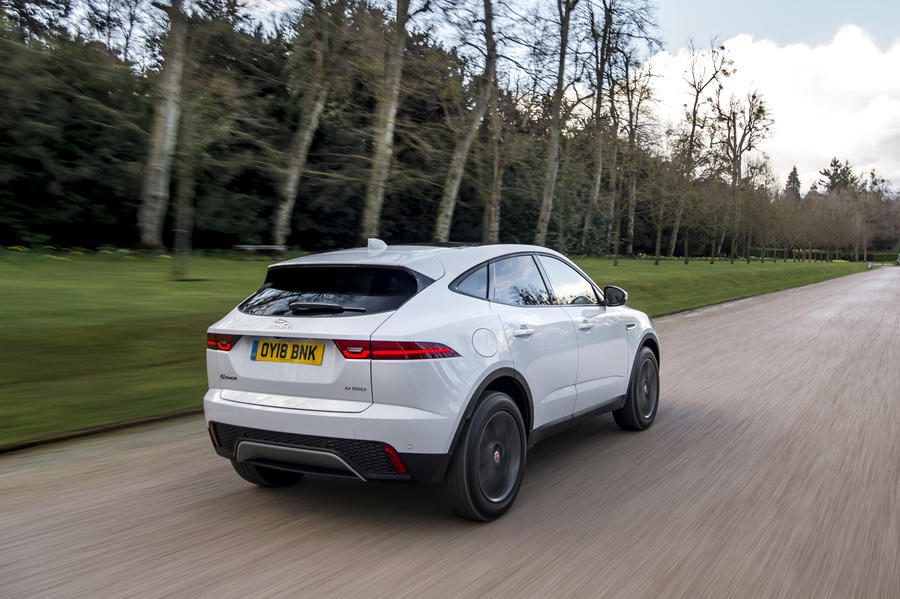 Welcome proof that cheaper and simpler is probably better for Jaguar’s new small SUV. While this car remains heavier, even in this form, than the nearest equivalent F-Pace, it isn’t troubled by quite the level of ‘sporting aspiration’ with which many of its more expensive sibling derivatives wrestle. It feels like a car with less to prove as a result, and rides and handles with a likeable roundedness and pragmatism that escapes the car in other forms.

Reckoning without the car’s nine-speed automatic gearbox is certainly no great loss for the E-Pace. As long as you don’t object to changing ratios yourself, the car’s six-speed manual ‘box is pleasant and easy enough to use, with a fairly substantial weight about it and enough notchiness in the action to make you shift deliberately, but also to tell you loud and clear as each ratio hits home. The ratios themselves seem usefully well-spaced and the car’s clutch is easily manageable. Settling for the relatively modest performance level of the ‘D150’, meanwhile, may bother you more in principal than it will from the driver’s seat.

There is certainly a touch of low-range hesitancy about this engine, which you probably fall victim to more often than you might in its more powerful states of tune simply by dint of changing gears yourself. But once it’s revving beyond 2000rpm it has a useful wad of torque, and whisks the E-Pace along with perfectly respectable strength. Motorway driving doesn’t oblige you to do an unreasonable amount of shifting unless you’re in a desperate hurry.

The E-Pace’s cabin sealing is good at high speeds, and its mechanical refinement is appreciably better than in Jaguar’s more highly-stressed diesels. There are several different suspension configurations to choose from across the E-Pace range, with stiffened sports springs featuring on higher-grade cars along with adaptive dampers. The ‘D150’ gets passive ‘comfort’ suspension as standard, though, and rides and handles well enough to be a good advert for keeping the car’s rolling chassis specification dialled down.

Weighty steering will likely be the first thing you notice about the car’s motive character, which is quite unlike what you find on most luxury- tuned SUVs. The E-Pace’s low-speed ride is firmer and marginally less isolating than the SUV norm, though less fussy on 18in wheels than we’ve found it with 19- and 20in rims.

Though the car can be a bit restless on bad urban surfaces, by and large it’s comfortable enough – and the level, settled composure of the car also improves with your prevailing speed.

If you’re mind’s already made up, this is certainly the level to buy at. In this tester’s experience, the Jaguar E-Pace’s ride and handling definitely get more compromised and less broadly creditable as you progress upwards through the model hierarchy. And while the car’s pricier engines may make for greater pace, they don’t tend to add smoothness, richness or refinement.

In a wider sense, there are of course more practical, comfortable and luxurious premium-branded SUVs for the money – and also the likes of the BMW X2, which is every bit as appealing to a keener driver, albeit in a slightly different way.

But, by delivering its characteristic Jaguar-brand style and handling dynamism as part of a more rounded and reasonably-priced package than its rangemates, this is one E-Pace that will merit the attention it’s sure to attract. 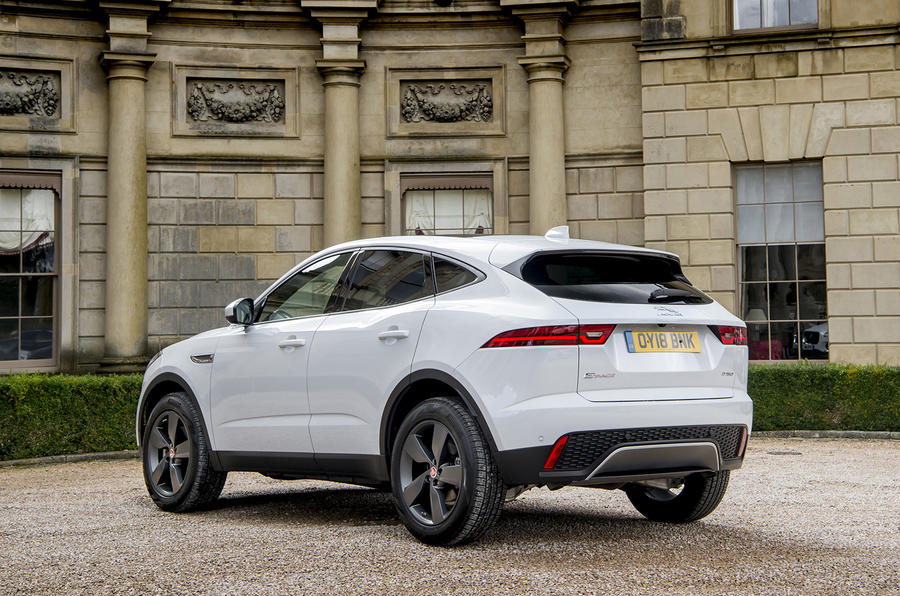 Beautiful! I will buy it

Not an unpleasant car t look

Not an unpleasant car t look at but it doesn't seem very competetive, as others have said a stelvio seems a much better buy, which for a new model is a shame.

Not so mush unpleasant to

Not so mush unpleasant to look at, more boring and charcterless to look at.

...even if the number is somewhat underestimated.

Try that again, give those who read and understand written English, a chance to interpret what you are having difficulty saying.

In fact, the X-Type was far

In fact, the X-Type was far more Jaguar...