Not so long ago, when French autoroutes were paragons of motoring freedom and stories of biker-gendarmes marching errant motorists to cashpoints were non-existent, another glorious automotive phenomenon was common on the motorways of France.

It was the Big Citroën, a low and graceful conveyance with decisively different styling from the executive car norm. It never seemed to travel at less than three-figure speeds (in MPH) and carried its serene occupants with a supple stability that eluded everything else on the road, especially the pricier, brasher Germans.

There was a 60-year run of these big Citroëns – DS, CX, XM, C6 to name four – all with unique technology and very different driving characteristics. Sadly, it ended with the last C6, roughly 10 years ago. The cars were all dogged by the same problem: too small an export market to balance their high cost of development and manufacture.

In Britain, especially, their rates of depreciation resembled that of a piano falling from the fifth floor. Citroën’s marketeers knew the problem but couldn’t resist forcing cars down the sales pipeline. Values collapsed. Other models and the firm’s reputation suffered. For this and other reasons, the glorious lineage ended. 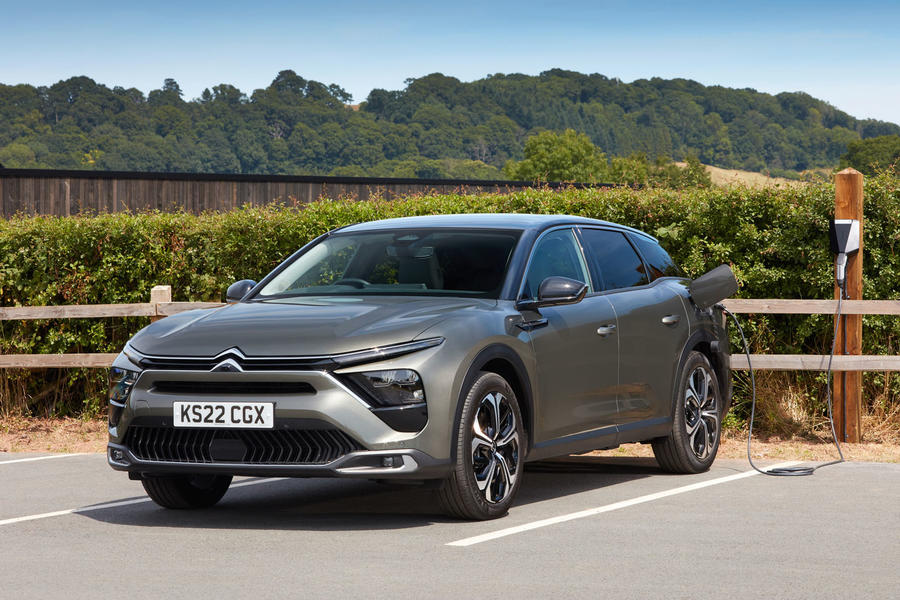 Now it’s back. Make way for the Citroën C5 X PHEV, a 4.8m-long five-door saloon whose artfully designed fastback body manages to echo the svelte lines of its predecessors, while fairly claiming (because of its carefully won interior space) the combined advantages of the modern estate car and the SUV, while offering better aerodynamics and efficiency than either. The car uses an extended version of the Stellantis group’s EMP2 platform, closely related to that of the recently launched Peugeot 308.

This time, however, the company is doing big cars very differently. First, for all its special persona, the C5 X draws heavily on affordable and well-proven Stellantis componentry.

Second, the car has been carefully configured and priced to fit a European D-segment market that, although declining, has lately been deserted by major players and thus offers rich pickings. The C5 X also carefully targets the UK’s user-chooser fleets with well-equipped models and impressively low prices (the basic petrol model starting below £28,000, the full-house plugin hybrid ending below £40,000).

Third and most important, Citroën UK has a specific agreement from Paris that C5 X models will be built to order and not forced into the market. There will be no rental sales, a major generator of depreciation. 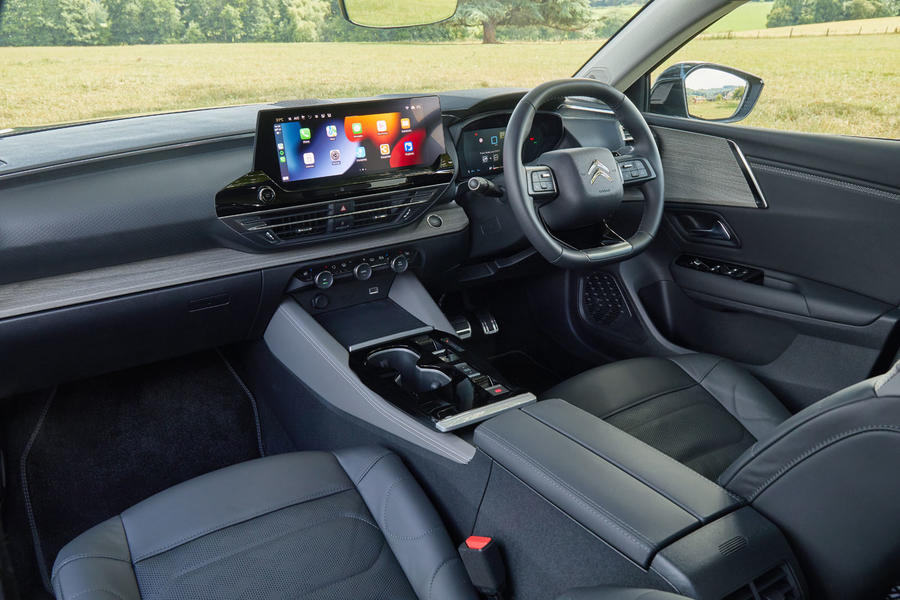 There are three trim levels: Sense Plus, Shine and Shine Plus. All are well equipped, but Shine Plus is plushest, as well as being the one that offers a route to a suite of luxurious extra-cost options. All have high-quality, stylishly designed interiors and introduce a swish new level of screen-based infotainment.

The headline-grabber is a C5 X Shine Plus PHEV, which combines the output of a 178bhp 1.6-litre petrol engine with a 109bhp electric motor and an eight-speed automatic gearbox to drive the front wheels. This model has a 12.4kWh battery that delivers an electric-only range of “up to 37 miles” and its low CO2 emissions rating of 30g/km attracts a 12% benefit-in-kind rating.

On a recent UK launch, we did most of our miles in the headline-grabbing PHEV 225, discovering a Citroën that does indeed recall the long-legged luxury of its predecessors. The powertrain is mostly refined and quiet (disturbed occasionally by stumbles when the engine restarts after smooth and nearly silent electric-only phases). 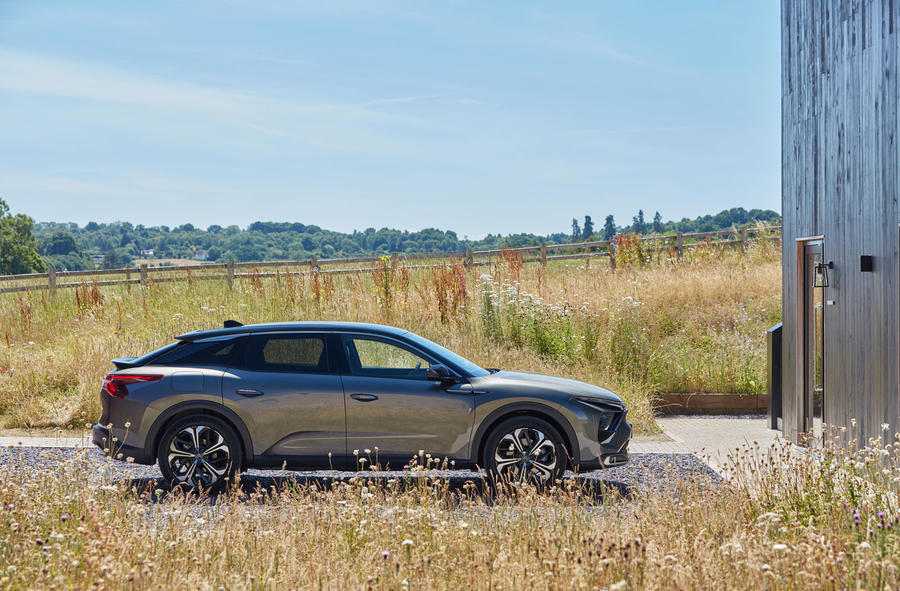 There are Sport, Normal and Comfort modes selectable on a console-mounted rocker switch, but because our full-house PHEV also had adaptive damping, we soon opted for Comfort, having learned that the adaptive function would tame body movement in extremis.

This is a car that tends to shrink around you, with nicely weighted and fairly quick-geared steering and a flat, supple ride. Road noise is tamed, too. Given its head, the 225 will sprint to 62mph from standstill in a decent 7.9sec and its 145mph top speed shows the benefit of its relatively small frontal area and 0.291 aerodynamic drag factor.

We also tried a Shine Plus model powered by the 1.2-litre triple, which gave a decent account of itself mainly because the eight-speed gearbox has enough ratios to make good use of the torque.

The big issue for us was whether Citroën was over-egging the pudding by claiming a close relationship for the C5 X with those sainted, sophisticated, chevron-wearing saloons of yesteryear. But the relationship seems real. By comparison with its predecessors, the C5 X is conventional indeed, but it genuinely does have a decent helping of their style, comfort and cruising ability. And it brings something new to a crowded market.

The DS and CX sold well over a million and were a commercial success in that regard. It was the ill-fated SM that ended their independence.

It's got very sharp styling and the interior looks very inviting indeed, Citroen is to be praised for having all trim levels available with even the smallest petrol engine. At just under £27k for the Sense Plus that's a steal,push the boat out to the Shine Plus and it's £30-5k which won't break the bank.Can't think that many punters who pay for their own cars will cough up for the PHEV version it's far too expensive. If Citroen market the C5X properly it could be the marque's biggest success in this sector since the fondly remembered BX.