From £24,8158
Plug-in hybrid is last of no fewer than nine powertrains to be added to family SUV
Open gallery
Close

It’s the initial touchpoint that grabs you. Back when Kia was a cheap Korean brand trying to make its way up in the world, the leather on the steering wheel was that fake-feeling plastic stuff, with the sort of grip factor that meant a healthy dose of climbing chalk was needed before you drove off. All that has changed now, and it’s the sort of instant grab-you quality to the leather on the wheel that marks the latest Kia Sportage out. This car is considerably less powdery.

The plug-in hybrid (PHEV) is the last variant to join the Sportage ranks, alongside petrol, diesel, mild- hybrid and hybrid versions. That’s a total of nine different powertrains. Talk about hedging your bets.

With a 178bhp 1.6-litre turbo petrol engine and a 90bhp electric motor, total output is 261bhp and 257lb ft of torque. Just think about the latter number for a minute: that’s just 11lb ft shy of the Ferrari F355. In a family SUV. Ye gods. Although, to be fair, it’s not out of the ordinary. The rival Peugeot 3008 Hybrid manages 266lb ft, for instance.

It’s the size of the battery (nestled between the axles) that will steal the headlines. At 13.8kWh, it’s the same size as in the larger Kia Sorento. In a car like the Sportage, it means the electric-only range is 43 miles.

Despite only an additional 0.6kWh capacity over the 3008, the Sportage does an additional four miles. That’s not much, but crucially, along with 25g/km of CO2 emissions, it drops the car into the 8% benefit-in- kind tax bracket, which is very handy for company car drivers and betters rivals such as the 3008 Hybrid. On a fairly warm, dry day, our test car was showing 35 miles from a full charge.

Inside, twin 12.3in digital screens feature on the one-from-the-top 4 trim level, with Apple CarPlay and Android Auto functionality. This is a smart cockpit of ultra- thin screens and modern styling, plus plenty of this season’s must- have piano-black plastic.

There are physical knobs for the climate control or radio volume, but they both have to function as the other. So if you want to change the temperature but have the radio controls live, you need to press the secondary, lower touch-sensitive strip to flick it into climate mode. We found that a bit fiddly, but it could be something that you get used to.

Rear leg room is impressive. The floor is a bit high (blame the batteries), but there’s easily enough for two six-footers to sit one behind the other. There are also USB-C ports in the front seats so the little darlings can remain charged up. 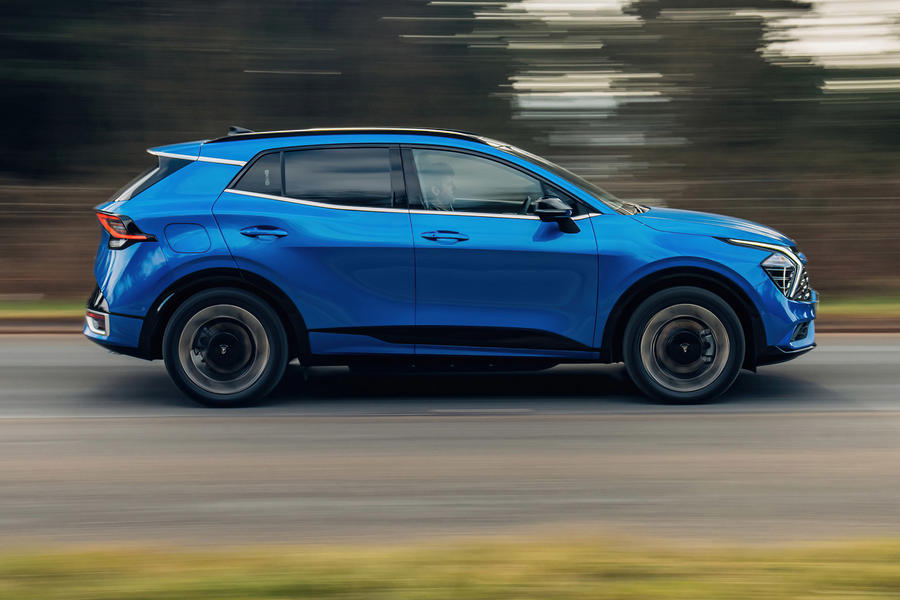 When we ran a Sorento PHEV as a long-termer, one of the biggest bugbears was the crude four-cylinder engine. Not so in the Sportage. It’s not quite totally silent when internal combustion kicks in, but it’s a lot more hushed and refined.

Hard overtaking runs are when it gets a bit more grumbly, but the roll-on acceleration is sufficiently punchy that you don’t need to delve into the deeper reaches of the engine all that often.

Electric-only running is predictably quiet, and again Kia has made small improvements here. In the Sorento PHEV, you only had to breathe on the throttle for the engine to kick in, but that threshold seems to have been moved. It’s easier to keep the Sportage driving on its battery in all bar the swiftest acceleration runs.

Sitting on the same N3 platform as the Sorento, the Sportage handles predictably. It rolls a bit more than something like the Mazda CX-5, but it’s by no means poor in this regard.

The ride isn’t the quietest, though, the tyres chattering at the road surface and generally not isolating with as much quality as the classy interior would have you believe.

The Sorento PHEV comes with 19in wheels wrapped in 235/50 tyres as standard, and you can feel the heft of both those and the powertrain over lumpy bits of Tarmac. That’s a pity, because otherwise it’s a refined drive. 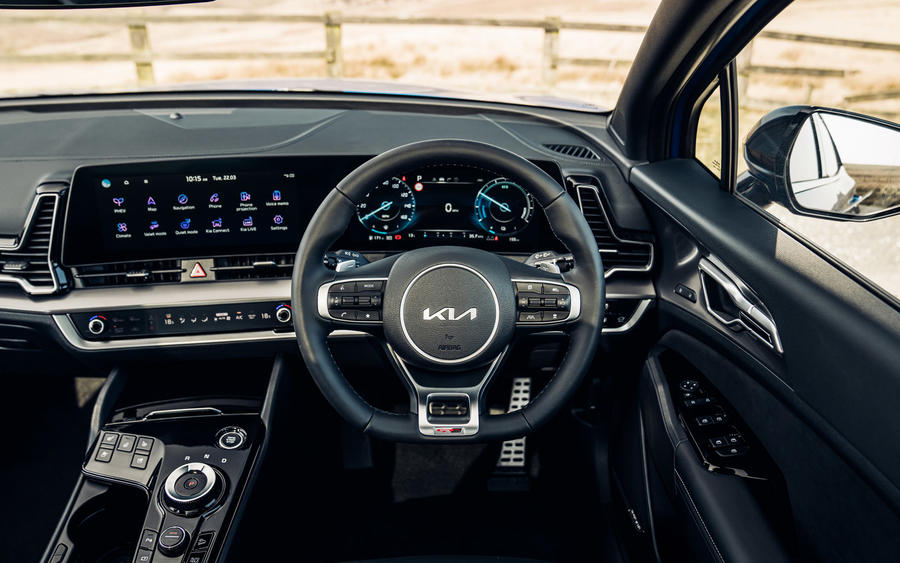 Prices start at £38,295 for the GT Line PHEV and rise to £43,795 for the top GT-Line S, neither of which is cheap for a private buyer. But then Kia isn't aiming the PHEV strictly at the retail market - the firm thinks 63% of buyers will be fleet, a healthy proportion. Overall, it thinks 10% of Sportage buyers will opt for the PHEV, hence the reason for all those either other powertrain options.

It's difficult to deny the logic for a company car buyer who also needs their weekday wheels for family weekend work. The Sportage is a practical, easily useable machine with healthy BiK figures. Kia should have another winner on its hands. 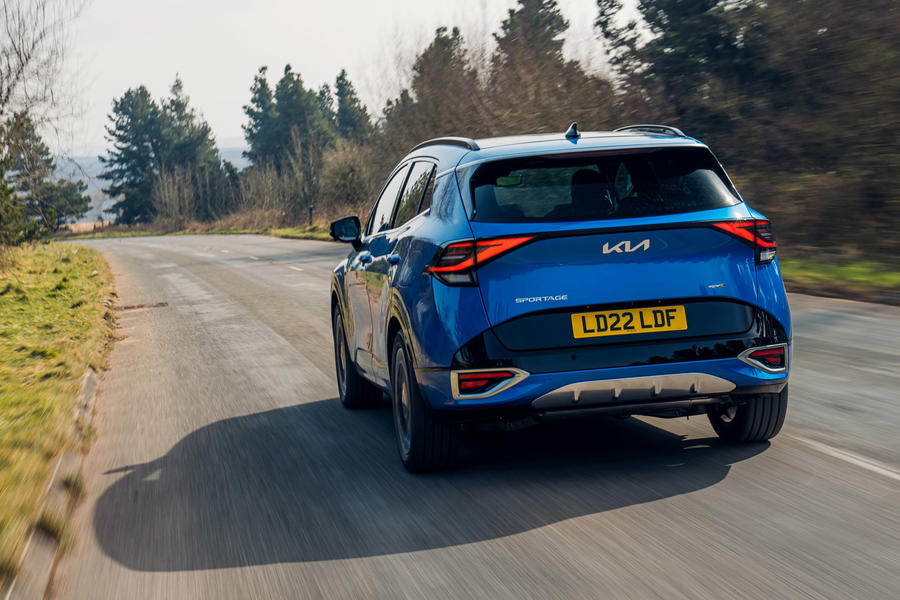 At least I know where Honda's design crew went when fired from the Civic team... the Sportage used to be one of the better looking SUVs - no longer, just a mess at the front, and the badge - wow what a marketing screw up - watched the Australian Open tennis this year and had to Google what the badge was.

I can't believe that front end got signed off by Kia management. Equally difficult to believe it'll be a sales success looking like that!

I guess scoring 4 stars despite a mediocre ride, so so handling, grumbly engine when extended, fiddly climate controls and costing over £40k, adds to the inexplicable appeal of this thing.

Brought my Sportage 3 to the dealer for servicing (still has 1 year warranty left) and saw the Sportage 5 in the metal. I must say, I love it, even though I prefer the front end of the Sportage 4.