We called the Citroën XM the world’s comfiest car in 1989, and as for its supposed electrical frailty and scary suspension? All bark and no bite
Open gallery
Close

"Behold: a £900 Rolls-Royce!” might have been our headline here if were we feeling slightly sensationalist.

In reality, while there are some sub-£1000 Citroën XMs languishing in the classifieds, you will want to pay a bit more than that for true peace of mind, and even the most luxurious examples don’t pack as much chrome and cowhide as a big-grilled Brit.

Not that you won’t feel every bit as stately as your Phantom-owning neighbour. So wafty and relaxing was Citroën’s hydropneumatic suspension that Crewe used it under licence for the Silver Shadow, and the evolved version that cushioned the XM - dubbed Hydractive - was so competent that we christened it “the best-riding car in the world” in 1989.

The XM’s class-leading ride quality is at once a gift and a curse, however, being one of the main reasons why the car has cultivated a reputation for unreliability that enthusiasts reckon is unjust. Do some research and you will find that the science behind the system is actually relatively straightforward, and you can tackle all but the most involved of jobs at home so long as you’re half-competent with a spanner.

There’s a small but dedicated community of XM enthusiasts in the UK, and you will find them to be a goldmine of advice and instruction when it comes to refreshing the system. 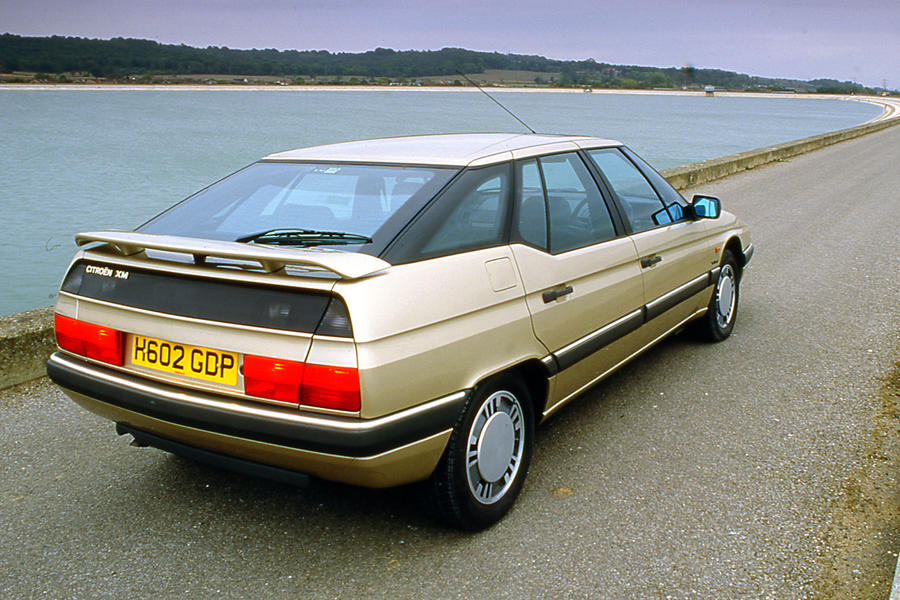 Do also take some time to learn the detailed differences between Series 1 (1989-1994) and Series 2 (1994-2000) cars before opting for the former on the basis of its quirkier interior and cleaner lines. Substantial (but unsuccessful) sales-chasing upgrades included enhanced safety gear, sharper handling courtesy of a passive rear steering system and new petrol and diesel engines.

The later XM is generally considered a more reliable and usable proposition today, having received important electrical and suspension tweaks that rectified some of the original’s biggest shortcomings.

A good compromise, if you can find one, is a so-called Series 1.5 example from 1992 or 1993, which will offer the added refinement of a fully facelifted car but without the more conservative styling.

The XM followed its DS and CX predecessors in pairing a low-slung, swooping shape with inimitable comfort but thankfully has yet to emulate their astonishing surge in values. You can still buy a running, driving example of this Bertone-designed beast for around £1500 – although it will need a good deal more care and attention than most future classics in this price bracket.

Rust is a huge issue, and the electrics won’t give you an easy ride, either. Go in prepared, though, and you could nab one of the most comfortable cars of all time for pennies. How’s that for a spirit-lifter? 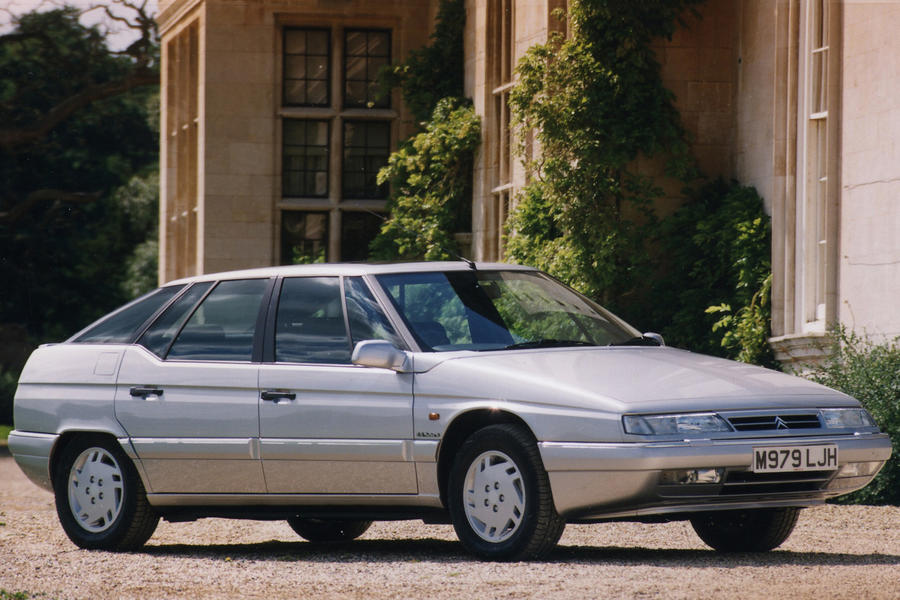 “The XM got a reputation for electrical unreliability because Citroën trialled plug-in earths, even in the engine bay, which corroded so lost decent earth. The fix? Cut off the plugs, fit good ring earths and bolt them in place of the plug in the inner wings.

It’s a common misconception that the XM wasn’t galvanised; it was double-zinc-coated, and a weakness in that process lets water in past the zinc coats. You only need a pinhole… I’ve had an XM whose underseal was still shaped perfectly, but there was no metal behind it all.”

The 2.1-litre diesel is by far the most readily available option. It’s a hardy lump, but you will be frustrated by the lethargy of the naturally aspirated version. Cars with the 2.0-litre CT (constant torque) turbo petrol are thirsty and not very fast so sell cheap, while the big money goes on the rare 3.0-litre V6. Check for signs of head gasket failure on diesels, for blue smoke from turbo engines and that the cambelt is serviceable in all cases.

Push hard on each corner of the car; it should feel far softer and floatier than anything you’re used to. The ‘liquide hydraulique minérale’ should be bright green, not khaki, and changed every 30,000 miles. If the XM’s waftiness seems to have dissipated, check for a difference between the Normal and Sport modes. If it rides hard over uneven ground regardless, it’s likely the nitrogen spheres need replacing – but they cost only £25 and XM forums are full of advice on the procedure.

Rear bulb failure warnings are common but not always accurate. If the light is still working, clean the contacts with an emery cloth, replace the earth wire and check the capacitors in the glovebox haven’t failed. You can fix dead or faded pixels in the LCD screen by replacing the ribbon cable behind. Slightly trickier to rectify are failing window regulators as a result of moisture in the system, but parts are readily available and none too costly. 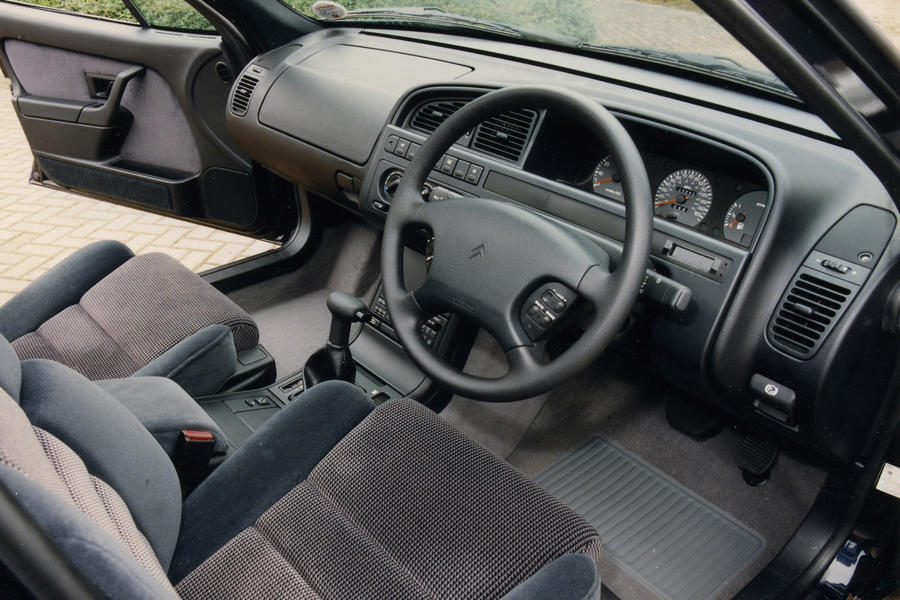 Water can penetrate the body’s zinc coating and rust it from the inside out. Check the strut tops, sills, boot floor, inner wings, door skins and bumper brackets for an early indication of integrity but delve deeper to be sure. Underseal can also be compromised, so check with a torch and screwdriver. It’s wise to budget for some welding and underseal in any case. The plastic nose can crack around the headlights.

The XM’s reputation for electrical fragility is largely due to the earth points in the engine bay of early cars, which tended to corrode. They were replaced later with more resilient ring connectors; most surviving XMs have had this change made, but make sure. 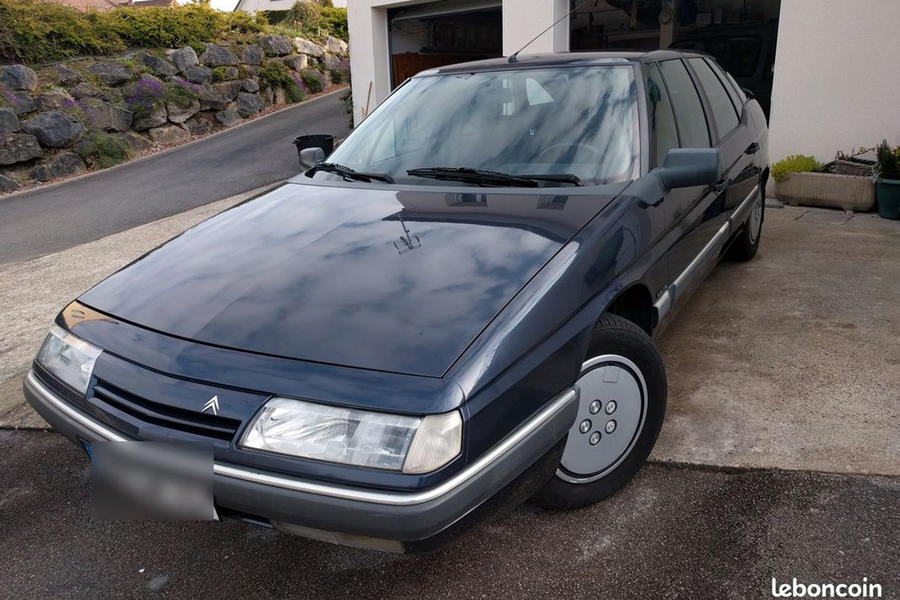 CITROEN XM D12 HARMONIE, 1990, 98K MILES, £3340: Bad bits first: this early XM is left-hand drive, costs £3300 and lives in France. But there’s plenty to be excited about: it has been with the same owner its entire life, has the 2.1-litre turbodiesel and the more exciting interior and promises “corrosion très limitée”.

I've been dailying an XM for about almost 3 months now and *knock on wood haven't had any major issues. Granted mine is a 1993 model where allegedly a lot of the issues of early cars were resolved, but still has the in my mind superior Phase 1 exterior and interior. With the 2.1td which has a solid reliability reputation with cheap and plentiful parts as it was fitted to lots of cars.

It is a cheap, striking and very quirky boat to waft about in. As any old car (especially from the higher end of the market) it requires its fair share of attention but parts are generally cheap (if you can find them) just be sure to find that one guy who only works on hydro Citroens and knows what they're doing.  And as any car it has weak spots you gotta look for - strut tops and rust. If like the look of it and want to waft about in total comfort go for it.

I cust my teeth learning to sell cars in the early eighties at a Citroen dealership. Selling the new AX, BX, the last of the 2CV's and very very ocassionally a CX. I left in 1988 just before the XM came out. In the early nineties still selkiing vehicles I took an XM in part exchange and jumped at the chance to take it home for the weekend. Sadly I did not get too much opportunity to tery out the fabulous ride as it broke down a mile from home, just fater going over a cattle grid.  Presumably one of those infamous connectors was the cause of the issue!

I agree it would be an insane purchase if you wanted reliable day to day transport and it was your only car. But if I had the space and a garage I'd love one as a weekend days out car. As an Audi drver I can only look at those seats and think how lovely and soft they look.