Four-door coupes - so hot right now. The problem is, not even all the Blue Steel in the world would help BMW’s new M235i Gran Coupe do a convincing impression of “attractive”, were it to find itself staring down the barrel of some super-hip, on-trend automotive beauty pageant.

Perhaps it’ll be one of those cars that everyone comes round to 10 years or so further down the line. Perhaps it won’t. All I can say for now is that, next to the really rather attractive Mercedes-AMG CLA 35, the BMW’s styling is a bit off. Of course, this is all totally subjective and you’re welcome to disagree, but personally I can’t help but think the front end is doing a rather convincing impression of a snarling beaver.

Right, that’s out of my system, so let’s move right along. You will of course know by now that this new hot 2 Series - like its 1 Series relative - is based on BMW’s new FAAR architecture. So in the case of this pumped up M235i, there’s now a transversely-mounted, heavily turbocharged 2.0-litre four-pot at its nose, which develops 302bhp and 332lb ft.

Most of the time it drives the front wheels through an eight-speed automatic gearbox and a limited-slip differential. But when things get particularly slippery, an electronically-actuated clutch pack can send up to 50% of the engine’s fairly considerable poke rearwards. How things have changed since the last M235i arrived on the scene.

As we found out on a drive in Portugal a few weeks ago, this new £37,255 addition to BMW’s M Performance family makes for a fairly rapid cross country transport. Now, it’s time to see how it fares on some of Oxfordshire’s narrow, and questionably maintained B-roads on standard M Sport suspension and passive dampers. 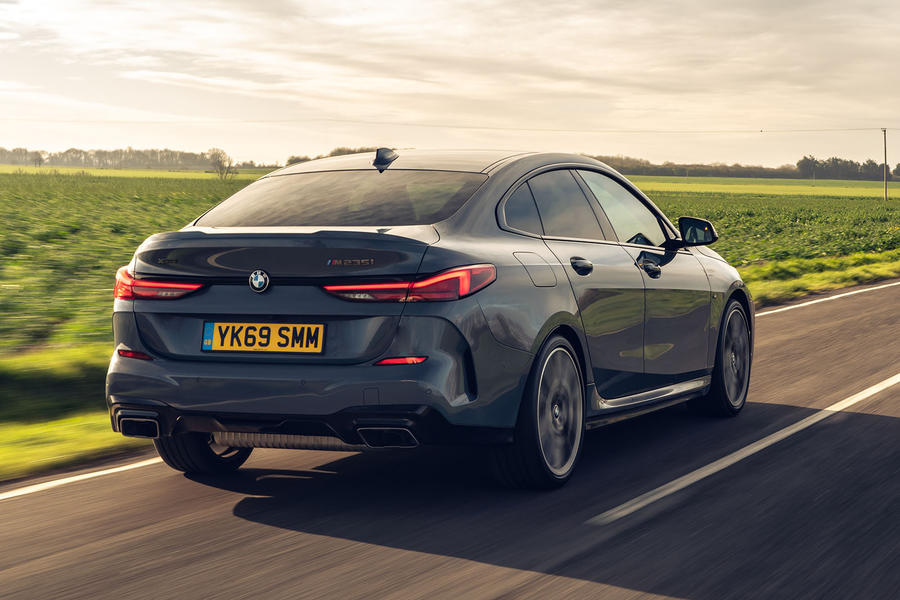 In a word, effective. But were you to clamber into its smart, appealingly plush cabin with no prior information as to which manufacturer’s badge was affixed to its snouty front end, and set off down the road, you may have something of a hard time distinguishing the way it drives from any other circa-300bhp, four-wheel drive hot hatch. Such is the price of dropping two cylinders and moving to a front-biased all-wheel drive system, I guess. But this is where we’re at, and the fact remains that this new M235i doesn’t hang about when you really get going.

In its sportier settings, the eight-speed auto works really quite well to keep crankspeeds at a level where you can easily dip into the engine’s meaty torque reserves. Throttle response is sharp, and the engine pulls hard from 2000rpm right up towards the top of the rev range.

Pursuit of its 6700rpm redline isn’t accompanied by a particularly memorable or endearing soundtrack, though; the engine’s muscular but decidedly faux buzz seemingly has more in common with an industrial-sized food processor than anything else. But the acceleration it delivers is linear and predictable, and upshifts are executed deftly and with a reassuringly firm nudge to your lower back.

On passive dampers there’s a very apparent sense of firmness about its ride that can see it bristle and skitter overly particularly poor surfaces, but vertical control is nonetheless strong. It also seems more adept at distancing its driver from the harsher, sharper impacts that the CLA 35 can really make a meal of.

I think it steers in a more intuitive fashion that the Mercedes, too. The rack itself doesn’t bristle with feel and its typically chunky M Sport rim feels a bit stodgy in your hands, but a flick of the wrists sees the front end respond naturally and accurately, so you never really feel as though you’re having to second guess your inputs.

It grips well, too - particularly at the front end - and makes impressively light work of patchy, variably-surfaced corners. It sharks in towards an apex with vigour, its balance remaining neutral and reassuringly surefooted throughout. It’s not a particularly effusive driving machine, but as I mentioned earlier, an effective one nonetheless. 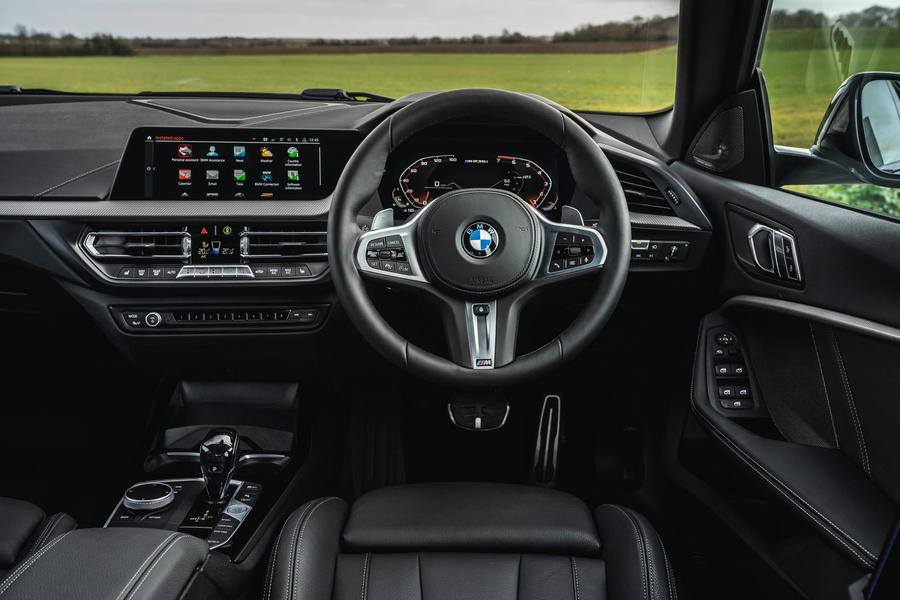 In losing its six-cylinder engine and rear-driven architecture, the M235i has undoubtedly lost the key ingredients that made its predecessor (which was also a proper coupé) stand out as a relatively affordable driver’s car all those years ago.

This new one certainly doesn’t look or sound as good, but as an all-paw hot-hatch rival with accessible real world performance and confidence-inspiring levels of poise and grip - it works. Yes, it now feels a bit derivative. But then any performance car shorn of the features that made it so distinctive in the first place will probably be more susceptible to these sorts of complaints anyway.

At £37,255 (and probably more after you’ve specced a few options), it’s not exactly cheap, either, and there are certainly more focussed and genuinely rewarding driver’s cars available for less. But it’s fast and it’s very capable, and it feels appealing compact on British roads. 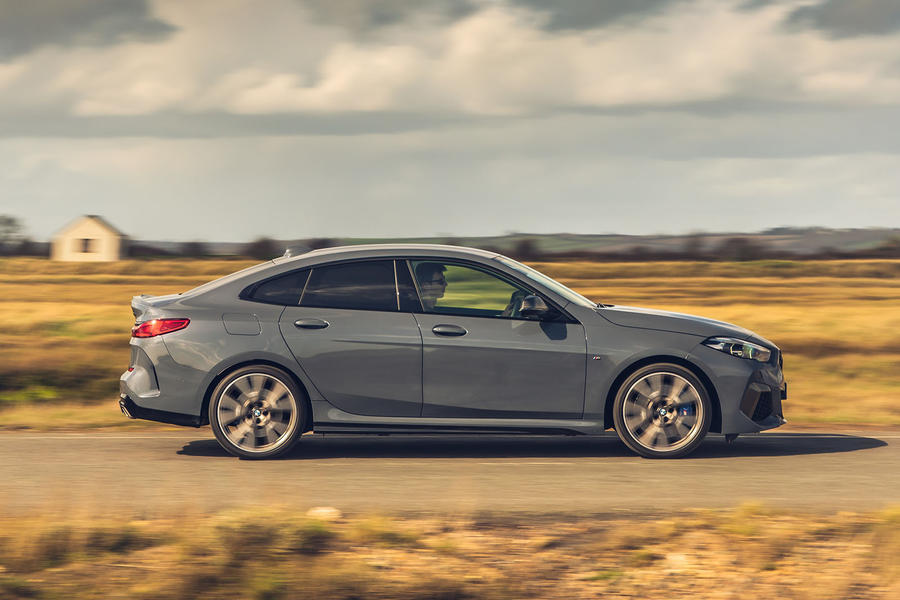 A BMW based on shared

To be fair, there's nowt

To be fair, there's nowt wrong with a bit of snarling beaver.
Thekrankis 16 March 2020