Audi’s decision to break conventions by using a mild-hybrid diesel V6 for its middleweight sporty models is about to extend to the classy SQ5 TDI, due in showrooms in a couple of months and available for order now.

Like the S6 saloon and S7 Sportback, the sporty soft-roader has a newly developed 3.0-litre diesel V6, working with a 48V integrated starter-generator that collects power on the overrun and deploys it during acceleration, to deliver its impressive performance.

Like its siblings, the SQ5 engine’s turbocharger is fed at low crankshaft speeds by an electric compressor that feeds the turbo impeller and greatly reduces turbo lag. Working together, the starter-generator and V6 produce 342bhp at a relaxed 3850rpm (a power output slightly lower than the saloons because of different manifolding) but an identical 516lb ft of torque between 2500rpm and 3100rpm. Performance matches that of the two new Audi S saloons: the 0-62mph sprint takes a very brisk 5.1sec, and the SQ5 TDI is governed at 155mph, like every other car in its class.

The fuel consumption story is impressive: using latest WLTP rules, the SQ5 returns 34.4mpg combined, usefully undercutting the outgoing 3.0 TFSI model and soundly beating petrol-engined competitors like the Mercedes-AMG GLC 43 4Matic (around £6000 cheaper at £49,890) by a cool 10mpg. Audi will be hoping buyers respond to their model’s efficiency and long range, and not be deterred (as buyers in other markets recently have been) by the fact that it’s a diesel. 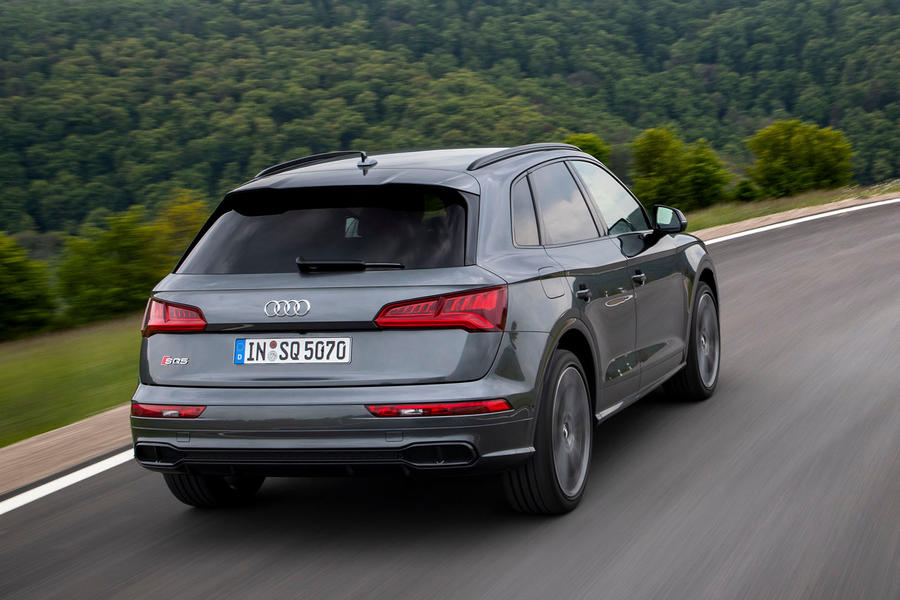 The new SQ5 comes to the UK market in two guises: a well-equipped entry model priced at around £55,000 and an even better-equipped Vorsprung version, still to be priced but likely to cost at least £65,000.

The Vorsprsung swaps the standard model’s 20in alloy wheels for 21s and adds three equipment packs (Comfort and Sound, Tour and Parking Assistance), optional on the standard car and running to at least £6000. It also gets a standard quattro sport centre differential that improves balance and sharpens steering response, plus in-cabin stuff like electric adjustment for the seats and steering wheel. And like the others, the SQ5 gets external changes to distinguish it from the rest: different front bumpers that incorporate prominent air scoops, a body-colour rear diffuser, special side-skirts. The Vorsprung gains a special set of running boards, too, but you can’t get an SQ5 with either the ceramic brakes or the four-wheel steering offered as options on the saloon models.

As with the other models, the new TDI V6 creates a major surprise in the SQ5 for its smoothness and torque spread but especially its sound. The latter, a V8-like rumble at low speed that builds to a growl when the car is being used hard, will be a major attraction to some drivers, especially as it’s so well engineered (Audi uses sound generators in the induction system). Cruising on light throttle, the engine sound is just about undetectable. The note varies a little depending which of three driving regimes you choose, Sport being the most prominent.

This is a quick and relaxed car, well capable of fast and long-legged European touring, and having a range of around 500 miles despite its near-supercar performance and two-tonne kerb weight. It’s around 20cm shorter than the saloons and the driver sits higher for better visibility, so you get an impression of agility. The lower-slung saloons are better for cross-country speed and ultimate grip, though.

Ride comfort is decent without being spectacular for a car in the executive bracket, though the higher-riding SQ5 does seem to pick up considerably less road noise than its siblings. Cabin accommodation has tolerable space for five but, given the size of the whole package, rear accommodation is nothing to write home about. 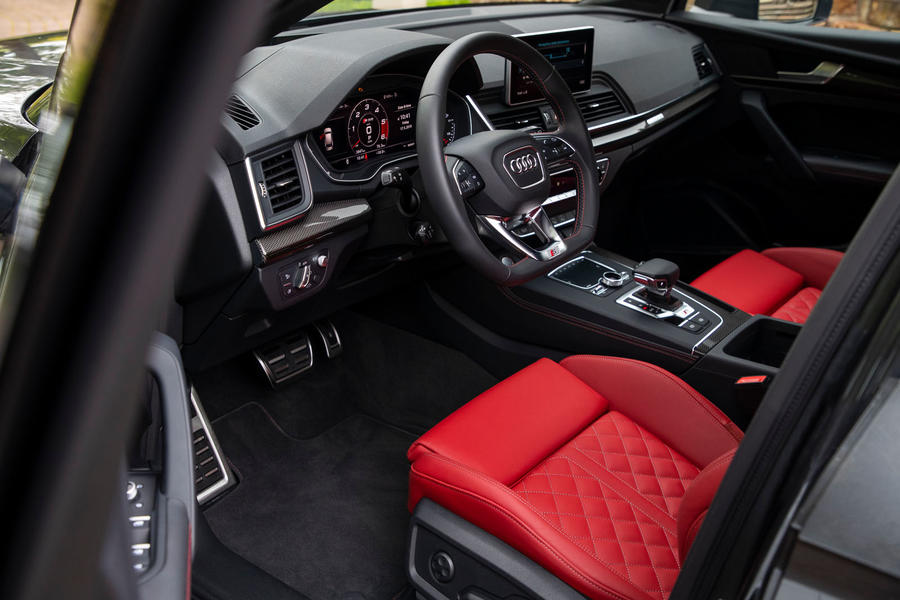 Call us old-fashioned, but diesel power somehow suits an SUV better than a performance car so it’s likely this model will appeal more easily to buyers than the S6 and S7 Sportback will to horsepower-minded drivers.

Audi cites the BMW X3 and Mercedes-AMG GLC 43 as rivals for the SQ5. Both are a bit cheaper, but there’s also a bit less of them, for those who like metal for the money. Against those others, the SQ5’s weapons are efficiency and engine response, which should be enough to win admirers. 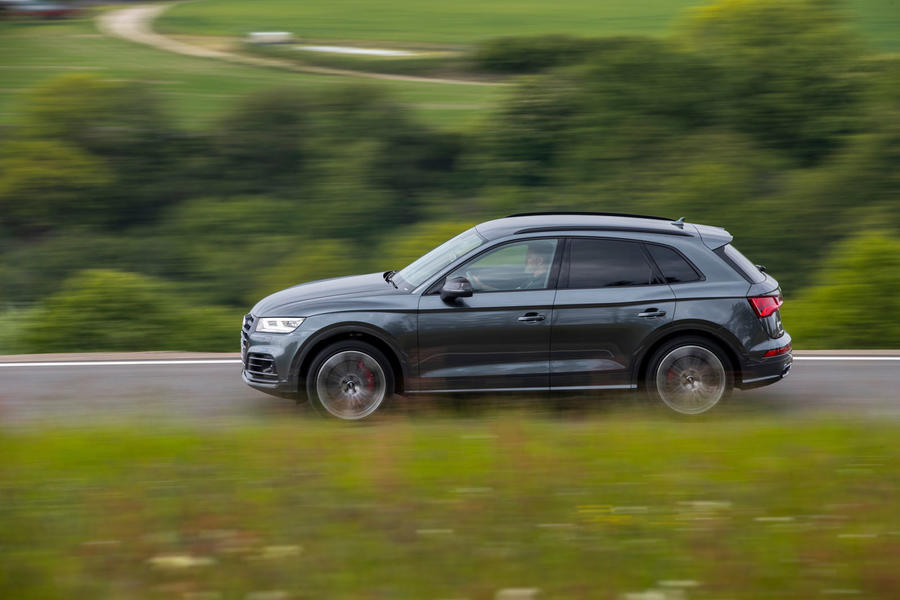 I like the features of this beauty, you have to say that even the price is not high, "The new SQ5 comes to the UK market in two guises: a well-equipped entry model priced at around £ 55,000 and even better-equipped Vorsprung version , still to be priced but likely to cost at least £ 65,000. "