BACK TO ALL NEWS
Currently reading: James Ruppert: Fill your boots with a low-cost, low-maintenance saloon
UP NEXT
2022 Range Rover plug-in hybrid begins road tests

Future classics, anyone? The obvious ones are Audi TTs and early Mazda MX-5s, but hold on: how obvious are they? Not only that, but also we might want to consider something cheap, fixable and usable, and with more seats and luggage room. Do you remember saloon cars? They’re becoming rare, courtesy of the manufacturer-backed scrappage part-exchange scheme, but they can still do a good job.

I was moved to take them more seriously when I chanced across a local Toyota Corolla 1.6 GL. This car was owned by the seller’s grandfather, who had bought it new from a Toyota main dealer in 1994. They serviced it until 2014, when the seller took it on at 79,000 miles and then rather impressively ran it up to 121,000. You could tell it had been garaged from the pictures, and it came with a fresh MOT. These cars go on forever, but this example hadn’t been run into the ground, just cherished, and it would set me – well, you – back £995. Bargain.

From there, I went to one of the most charming private adverts that I’ve ever read. It featured a 1995 Volvo 440 1.8 SE. This time, it was a dad who had taken on his son’s old banger, which seemed to have been maintained regardless of expense, with plenty of recent welding to banish all but the most minor cosmetic bubbling. There were issues and these were detailed in the description. The fuel and temperature gauges seemed to be telling fibs or not working, the ignition key was reluctant to turn and the tailgate would stay open only with the help of a stick. That was included in the price. The car was a victim of the imminent inner-London ULEZ. It was a pleasure to read the honest prose, and I reckon the £550 asking price remains negotiable. 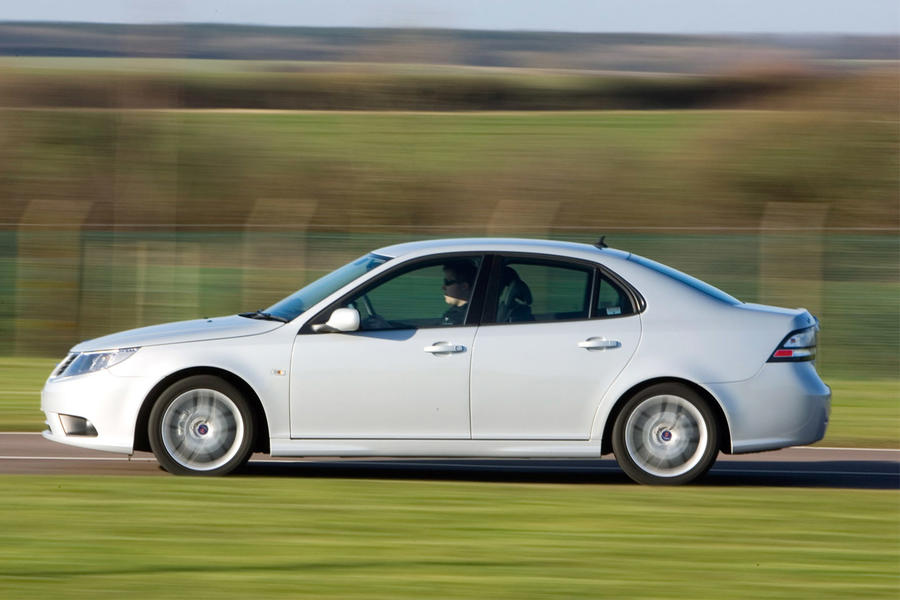 If either of those are a bit too anorak, odd and old for you, the late and much-missed Saab made a lovely 9-3 saloon for a while. I found one at a dealer that was a nifty 2.0t Aero registered in 2005 with 135,000 miles on the clock. An automatic, it had all the usual modern traction and climate control kit plus a stamped-up service history. Unlike the Volvo, it is ULEZ-friendly and was £1495.

Then there is the Volkswagen Bora. I will stick my neck out and say that a 2004 Bora 1.6 S won’t ever be a 24-carat classic. But this particular example did have a good service history, according to the seller, just a couple of previous owners and an absolutely huge boot for £890 – and it’s also ULEZ compliant. However, I do rather like the idea of a 2001 Bora with a burbling V5 engine: 85,000 miles and on your drive for £1495.

If you love boots, do let me know. At the moment, you will have to hurry while stocks last. 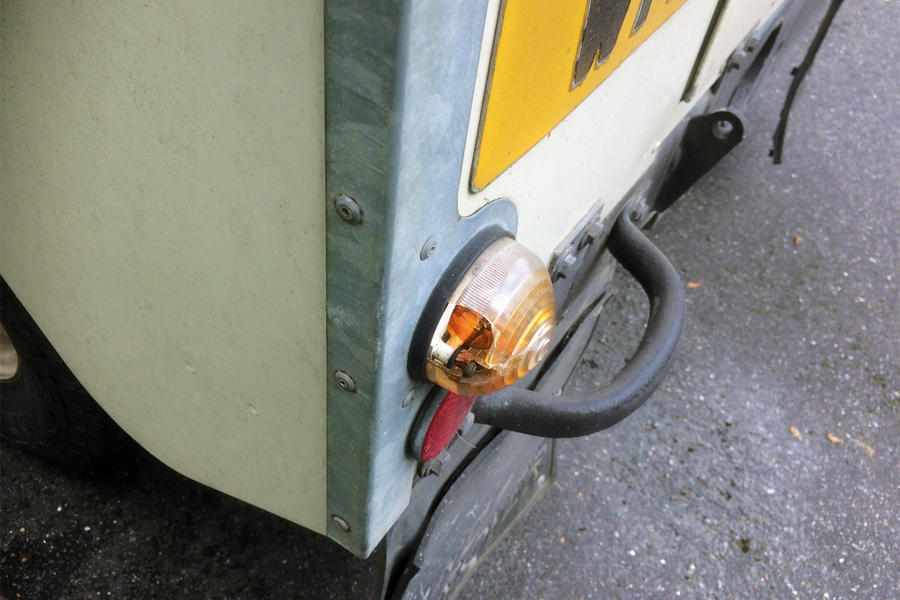 Land Rover Series 3, mileage - 132,373: The brake light’s plastic surround is broken and, with the MOT just days away, I’ve placed an order online for a 95p replacement. While I was adding to my basket, it seemed sensible to buy myself a service kit, because the Lorry has been used more than ever this year. Wisely or not, I’m going to say thanks to the old girl by doing all my own spanner work. After a few years off, I will be digging into what ought to be the world’s easiest vehicle to work on. I will let you know how it goes. I might even rewire the radio, which has conked out again. 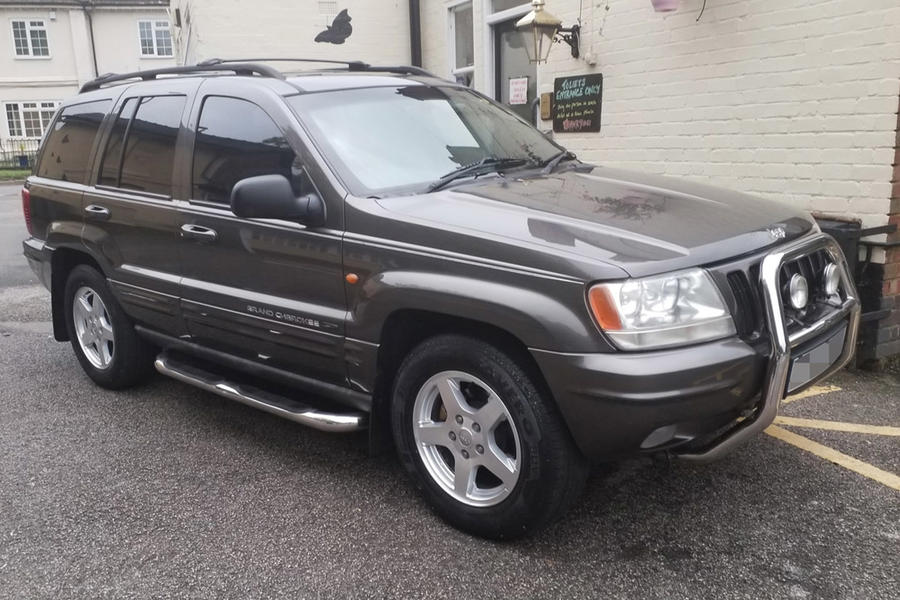 Jeep Grand Cherokee: If you enjoyed seeing the magnificent Marlin kit car that belonged to Alan recently, he has just replaced it with something else. “It’s more sensible but still has a big V8: a W-reg Jeep Grand Cherokee 4.7 V8 with LPG,” he says. “It’s a real beauty. One very mature owner for the past 10 years.

“I have to say it compares very well with my Lexus RX 300 – it’s not quite as composed but has lots more character. I have sadly parted with the Marlin, due to the possible long-term impact of the pandemic on my pub. But as the Jeep cost only one-sixth of the sale price of the Marlin, it eases the pain.” 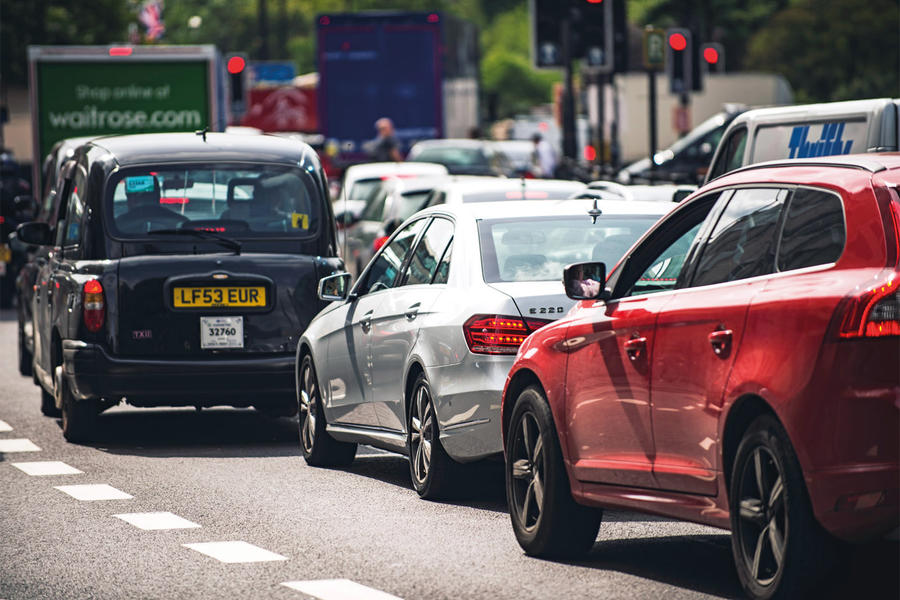 Question: My local council has quietly banned through traffic on a road I use but has yet to install proper signage warning drivers of the move. Can I appeal the fine I’ve received? Tom Wakeling, Hounslow

Answer: Transport for London’s efforts to promote the use of bicycles and public transport has attracted ire from the thousands of motorists who need to drive their cars around the city. Looking into your specific issue, it seems several of your neighbours have had success appealing their penalty notices on the grounds that the new signage installed is inadequate and the closure wasn’t appropriately publicised. FP 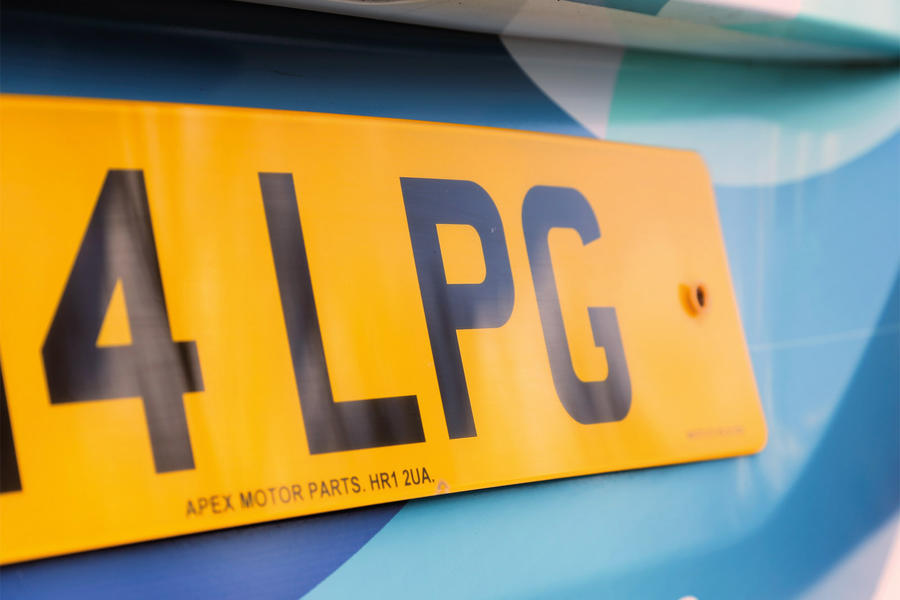 Question: I’ve got my eye on a 1995 Volvo with an aftermarket LPG conversion. All seems to be in order, but are there any specific checks I should do? Nina Kapoor, via email

Answer: Aside from checking that the system functions as intended on your test drive, doesn’t leak and hasn’t been crudely rigged up, ensure it’s on the UKLPG register by entering the numberplate at drivelpg.co.uk. If it isn’t, you’ll need to take the car to an approved installer for verification. This will cost you, though, so factor that in to the cost of the car. FP

James Ruppert: Off-beat off-roaders for those on a budget

The 440 is a hatch as opposed to the 460 saloon, but it's still not an SUV so is all the better. I have always preferred the saloon look or fastback style hatches like the 440, the latest civic and hatch Octavia's are the same, I always think they look better than the golf style estate tailgate hatch.
Soren Lorenson 10 November 2020

I hired one of those Toyota's from a Rent-a-Wreck outfit in New Zealand and drove it around the South Island for a month.  Brilliant car - I actually loved it and would have bought it back home if possible.

I also had a Saab 9-3 which was singularly the most unrelaible car I have ever had the misfortune to own.  Not only was it unreliable but the parts prices were sky high.  Think carerfully before your buy - they share far fewer parts with the Vauxhall Vectra than their detractors would have you believe.

I have never understood the move away from saloons towards other trends!

I am old enough to remember the Renault 9 v 11, or the Golf v Bora for instance: both iterations on the same platform were perfectly good depending on choice or circumstances.

Perhaps the motoring press had a huge and undue influence there? Anything with a hatch: good! Anything with a boot: bad! And yet, at the same time, BMW were selling 3-Series as fast as they could make them, boot and all... Likewise Merc and the 190s... Then came the fashion for urban 4 x 4 monstrosities: the Chelsea tractors!

These days, you are nobody unless you drive an SUV: why? A Captur is nothing but a Clio on stilts; and so on...

Silly question: do Skoda know something different? They seem to sell Octavias by the shed-load!