Having to change from an interesting coupé to something rather more practical because of the arrival of a new member of the family (up from two to three plus) isn’t uncommon. Extra doors certainly help when you have children, as does a bigger boot. It was nice, then, to be invited to jump into such a scenario, wherein a BMW 3 Series Coupé was due to be replaced by something more SUV-shaped and with an automatic gearbox on a budget of up to £10k.

I’m not against SUVs, but there are perfectly serviceable and more economical alternatives that will work hard to keep a growing family safe and happy. Estate cars, as I constantly attest, are great.

The Toyota Auris Touring Sports is a compact load-lugger that’s worth considering, even though it has some of the longest model names possibly ever. I came upon a 2014 1.8 VVT-h HSD Excel e-CVT that, as the advert made clear, is perfect for the ambitious private hire operative. This one has 64,000 miles and comes with cruise control, a reversing camera, Bluetooth and easy-to-wipe, half-leather seats. Yes, it’s the top-spec trim yet could be yours for £9500.

Perhaps the Auris estate is a bit too conventional, even boring, or you’re worried about being mistaken for an Uber. If so, here’s another taxi-rank favourite, except that the version I saw looks rather more purposeful. 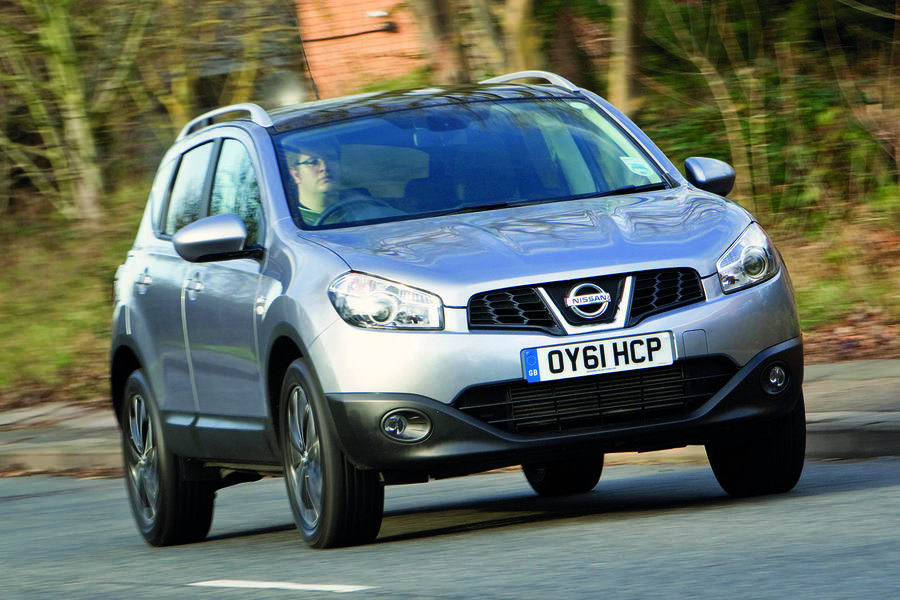 The Skoda Octavia Estate is a properly spacious car that’s great to drive. I was therefore pleased to spot a 2014 2.0 TDI CR Black Edition DSG that was up for £9000 with a substantial 85,000 miles. I thought it looked pretty moody and up for plenty of fun family action. Its colour might prove a pain to keep clean, but it was otherwise really nice.

If the whole concept of a good old-fashioned estate is acceptable to you, a great-big-value Ford Mondeo Estate could be the answer. A 2015 2.0 TDCI Titanium Powershift with 54,000 miles for £9000 proves that you can get an awful lot of Mondeo for the money in the top-rung specification.

Then again, we were originally asked to find an SUV, so perhaps we should cave in and pick the nation’s long-time favourite vehicle. That would be the Nissan Qashqai. I came across a 2013 1.6 petrol 360 CVT with just 37,000 miles for only £9300. You sit high, there’s no four-wheel drive to go pointlessly unused and 360 trim is rather handsomely equipped.

It needs to be remembered that babies are actually quite portable things. Provided that you can stick yours in a safe child seat for the time being, you will have a good few months’ grace as you finalise your first family vehicle. Don’t get that decision wrong, though, or you’ll have years to regret it, because children are expensive to run. 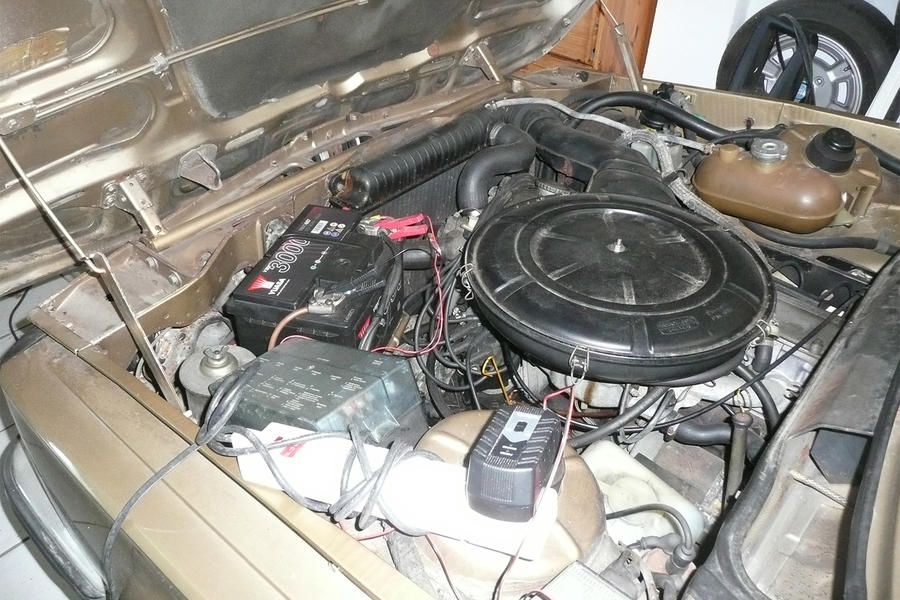 BMW 320, mileage - 84, 635: I apologise for yet another ‘charging battery’ image. The tax-free garage has been penned in for a bit, because there has been scaffolding up and new parking arrangements. This has meant my strict rotation policy when it comes to driving the Baby Shark has been thrown out of kilter. Therefore trickle-charging is on the menu for the least-used vehicles that are currently boxed in. As well as keeping on top of the batteries, the rather modern Golf has been booked in for a service and there are MOT tests to be arranged on the Minis. It’s all go here. 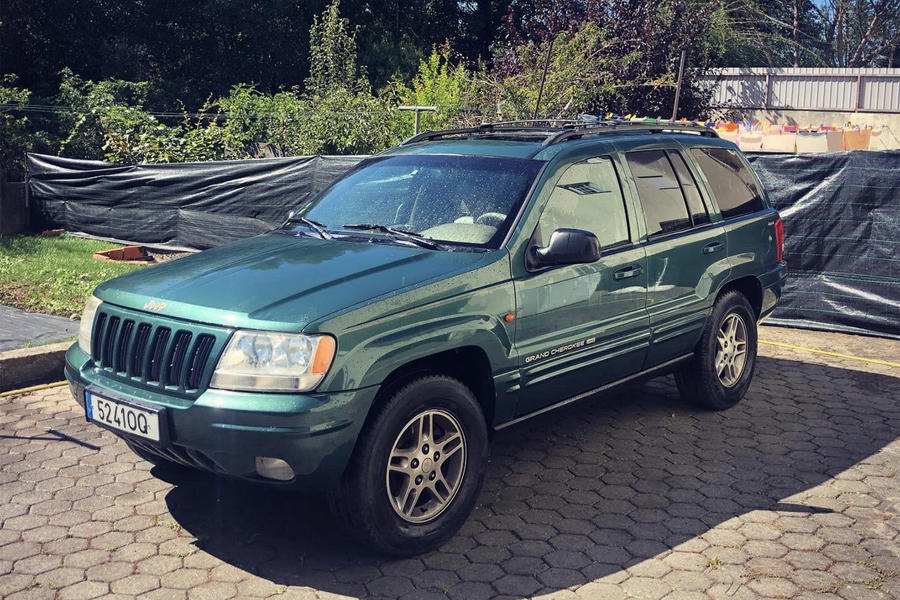 Jeep Grand Cherokee: A huge thanks to Sérgio in Portugal, who sent me this: “Here’s my latest banger toy. This one is a late-1999 WJ and not the most capable; it has no differential lock nor four-wheel drive, and it’s not really high enough. The transfer case needs work (chain replacement) but the seller was terrified of the repairs it might need, so I got it for €4000 [£3660] – half what it’s worth – with 103,000 miles. It’s already LPG-converted and mostly just needed sensors and relays. The paint is shedding its clear coat, too. Loads of fun as a daily, though.” 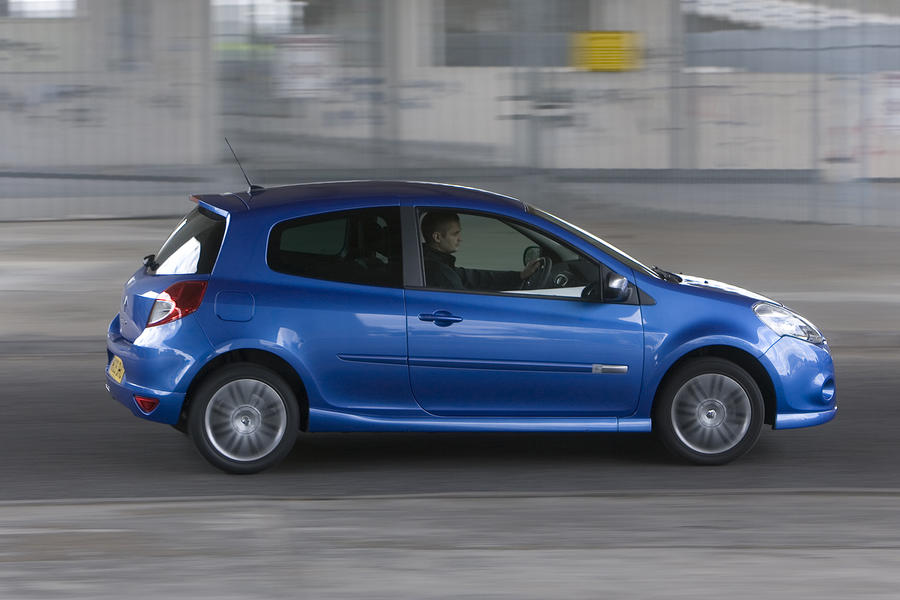 Question: A law firm sent me a message saying I could get £10k back for my 2009 Clio, because Renault breached emissions regulations. Is this a scam? David Symonds, East London

Answer: In June, law firm Harcus Parker claimed up to 1.3 million Nissan and Renault cars built between 2009 and 2018 could be fitted with defeat devices, but Renault told us: “All Groupe Renault vehicles are, and always have been, type-approved in accordance with the laws and regulations for all the countries in which they are sold and aren’t fitted with defeat devices.” If the allegation is proved true, compensation may be in order, but this is a private case that could go on for months, and its outcome isn’t certain. FP 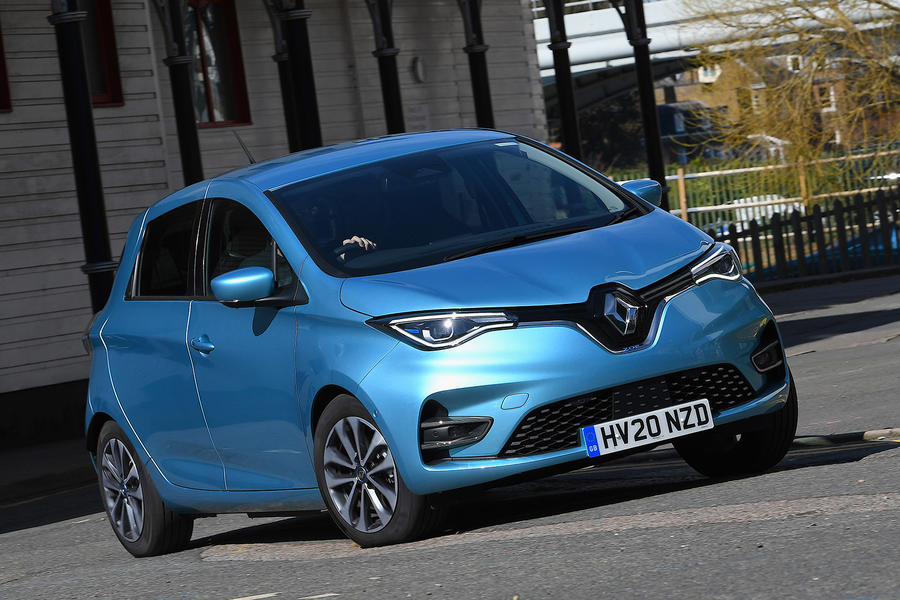 Question: I’m considering a Renault Zoe as my next car, but I can’t guarantee when my street’s EV charging spaces will be unoccupied and I can’t fit a wallbox. Should I be put off? Jennie Walker, via email

Answer: Your concerns are a big part of the reason EV uptake has been slower here than in some other countries. However, the latest Zoe officially gets 245 miles of range from each charge. So if your daily driving is less than 10 miles and largely on urban streets, you could get away with charging overnight just once every fortnight. Also bear in mind that the government has recently pledged to install 3600 new streetside chargers across the country. FP

To call cars costing £9000 bangers is a massive insult.Shows your ignorance of the market

All of the pictured vehicles (except the Zoe) are non ULEZ compliant bangers (in the real sense) for sure.

I suppose that we all have our own definitions, but to me a banger is something over a decade old and selling for under a grand. Still, maybe I wouldn't have read the article if the cars were more accurately described as sensible mid price used family cars...