BACK TO ALL NEWS
Currently reading: James Ruppert: Estates are still king for dog-walking and load-lugging
UP NEXT
New 2026 Polestar 6 confirmed as 874bhp evolution of O2 concept

James Ruppert: Estates are still king for dog-walking and load-lugging

You might think that a BMW M4 and a Fiat 500 on the driveway would cover most of a family’s motoring requirements. However, reader Andy believes that for the majority of his journeys, both are impractical. What he really needs is a proper old-fashioned workhorse for dogs and heavily laden journeys around Britain and abroad. He has £10,000 to spare and wants to go down the estate or SUV route. Horses that work, though, need to be reliable and not too complicated. They also don’t need thoroughbred names.

With that in mind, Skoda Superbs can amass colossal mileages and are perfectly suited to those increasingly unfashionable diesel engines. Andy could spend just £7500 of his budget for a 2014 2.0 TDI CR Elegance Estate. It’s a big five-seater and has more than enough room for dogs.

A look at this Superb’s official efficiency statistics tells us that its engine scores 60mpg overall, but if you’re getting 50mpg fully laden with dogs and gear, that’s great going. This one had done 61,000 miles, and I would say game over at that price.

I haven’t even mentioned the Volkswagen Passat Estate, which does the same job for slightly more.

Still in the estate area, I keep going on about Ford Mondeos, but we will miss them when they’re gone. These are huge old things and just popping along to a car supermarket will unearth a rather marvellous 2017 TDCI 2.0 Econetic Style Estate. You can bag that for just under £9000.

This one had covered a strong 71,000 miles, was ULEZ-compliant and officially topped 67mpg. It may not have been a Titanium, but it still had climate control, cruise control and adjustable lumbar support for its driver. Plus the dogs would love it. Nothing flashy, just purposeful.

When it comes to SUV shapes, there’s a strong market for very specific dog-walking 4x4s that can be bought for buttons. We can shell out a bit more in this case, and I would go for a reliable Kia Sorento. There are seven seats if you need them and a high driving position.

Being a 4x4, it will cost a bit more than an estate. A privately advertised 2011 2.2 CRDi KX-3 at £7500 with 75,000 miles seemed like a solid buy, even though it had four previous owners and cream leather. The reality is that these will struggle to reach 40mpg overall, but that’s a price worth paying for some users.

I will continue to promote the cause of the estate over any SUV, and I think that applies here. The choice, though, is always yours.

Volkswagen Golf, mileage - 73,218: The Ruppert family vehicle that racks up the most miles and the fewest problems continues on its merry way with just a brief pit stop. It had been communicating for some time that it wanted an oil change, so it was booked in. That meant my daughter needed another car for work, and she turned down the opportunity of using my classics in favour of her mother’s 4.5-litre V8 Porsche. Anyway, two days of cover for a 23-year-old worked out at just £25. Meanwhile, the oil and filter change for the Golf came in at £90. That will see it through to its next MOT test in early 2021. If only everything in life were so simple… 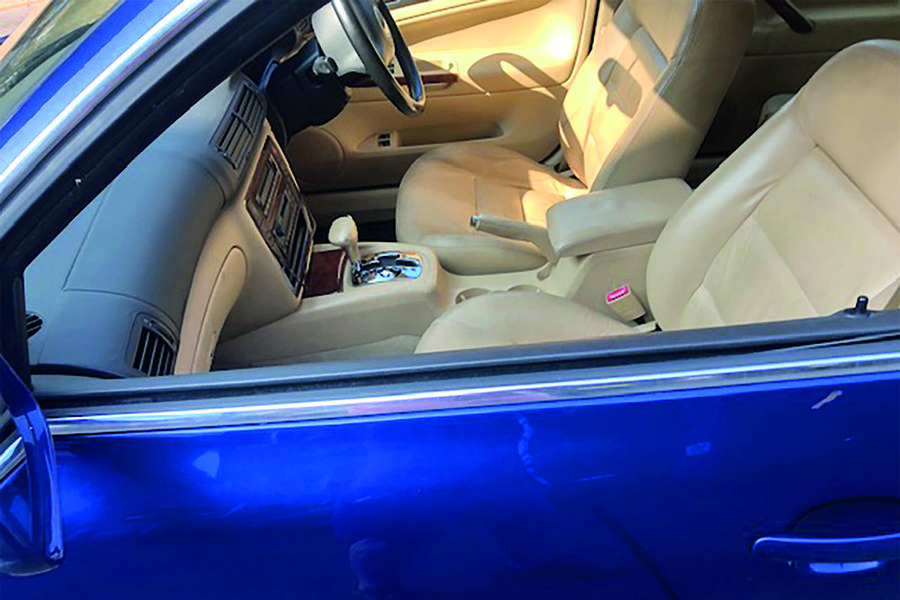 Volkswagen Passat Estate: Long-time reader Giles has been helping out his family: “My sister-in-law tasked me with finding her a new ‘old’ car for £10,000. She has zero interest and I’m a car nut, so I got her a nice Ford Fiesta. The dealer offered me only £200 for her trade-in, so I kept it myself. It’s a 51-plate Passat Estate V6 4Motion, owned by one family since new. It has been exceptionally well looked after, with only one scuffed alloy and a couple of light scratches. It runs like a dream; I’ve been running a Golf R32 for 10 years so know this fantastic engine well. It needs some brake attention and new tyres but otherwise is perfect. The interiors of these cars are so much better than later models’, with luscious full leather, and everything works noiselessly. A bargain.” 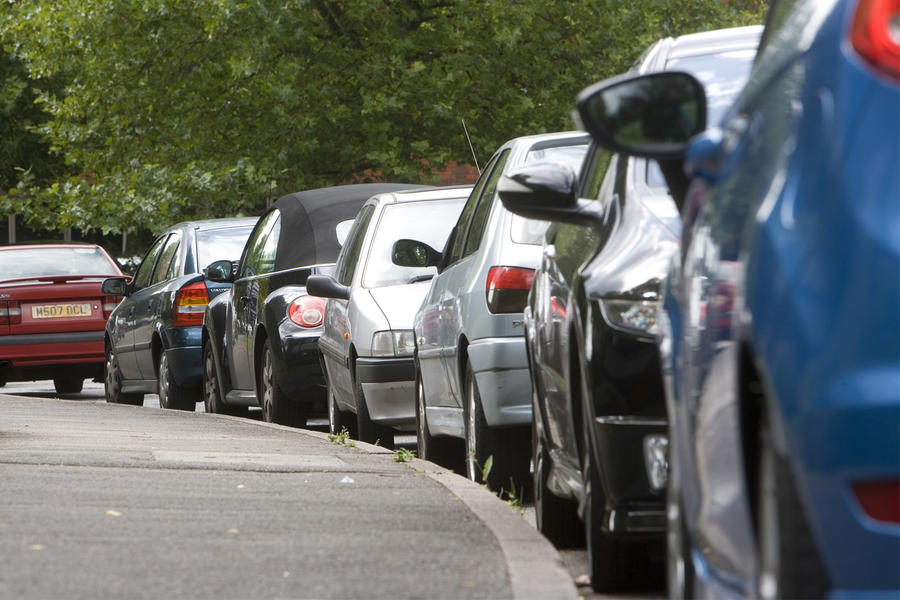 Question: My neighbour’s old car hasn’t moved in months and takes up a space. I’m a petrolhead but my patience is wearing thin. Can I get it moved? Terry Braxton, via email

Answer: If you have already talked to the owner (you could politely offer to help get the car roadworthy again) but had no luck, you can report an abandoned vehicle to your local authority online. If the car has been untaxed for more than 28 days, it’s a job for the DVLA. If it’s on private land and ‘open to the air’ (so not a multi-storey), the local authority can still recover the car, although not if the landowner objects. FP 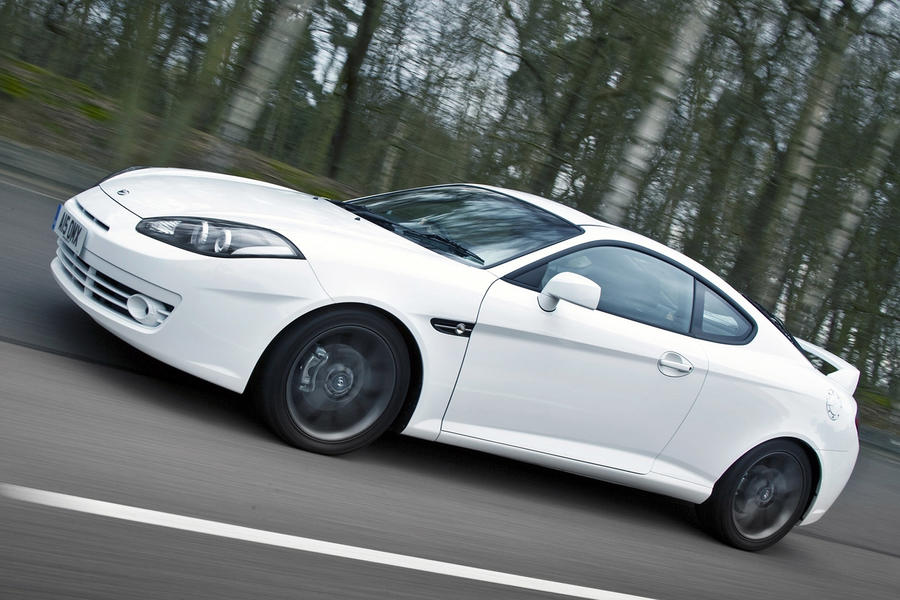 Question: I’m a taller driver who would like a two-seat coupé that’s affordable to run and easy to adjust and tune, on a budget of £3000. What are my options? Ben Wye, Nottingham

Answer: There’s plenty of scope for variety and fun here. We really like the look of a clean 2008 Hyundai Coupé for £2200, which leaves you with £800 for some well-considered modifications. You mentioned the Nissan 100NX, which is cheap and could be a laugh, but check that you fit comfortably before buying. Or you could go rotary with a 2006 Mazda RX-8 for an extra £500 (it has rear doors, but they’re tiny). Just make sure to get a professional compression test and always keep an eye on the oil level. FP

Suv's are for posers unless you are so decrepit that you cannot manage a low slung estate car.

I have a SEAT lean Ecomotive ST and it is fabulous. Spacious comfortable, reliable, good to drive and comfortable plus very very economical I get almost 70 mpg on most journeys. Estate care are better to drive ,can carry more and cost less to run. SUV's are for pathetic posers

I totally agree with the jist of this article... I have just been through a 6-month decision process of what used car to buy.

The shopping list included a Ford S-MAX (too dull), Galaxy (yuck), Superb PHEV (lovely but HOW MUCH DEPRECIATION?!), Q7 4.2 diesel (awful armoured personnel carrier feel, no good for the dog's hips - too high like all SUVs and I'm not faffing with a ramp), 5 Series (had too many before), W211 E63 AMG (too juicy / old school / OTT)... then I stumbled upon an automotive unicorn, a 2010 A6 Allroad with a 3.0 supercharged petrol engine from the contemporary S4/S5.  300bhp, silky smooth and quiet, punchy response from the s/charger, wafty air suspension with adaptive damping, lovely speed-sensitive steering... and 400bhp is a remap away, or 450 with a s/c pulley swap.  Traction on autumn roads is superb and it feels built to last in a W124 Merc kind of a way (unlike my old BMW E61 with its bong of doom every 3 days).

I have always been put off Audis by the stereotypical hard ride / understeer / posh VW / selfish driver journo spiel, but more fool me, the A6 Allroad nails my brief and I love it.  Yes it might not have the final bit of driver interaction that a 5 Series has in extremis, but 99% of the time it's much better (for me).  And my E46 M3 fills the void when needed.  Sorted!

Tripods, cameras, bikes, boats, bags – all go in, and on top of, my estate with no aggro.

I've had a few over the years, though my (petrol 50 mpg) Opel Astra Estate was a standout reliable ride, for 106k miles until a truck squashed it. Replacement was a bigger, black-shoebox Mondeo. The diesel gave it long legs, though the engine packed up at only 140k.

I nearly replaced it with a Skoda Kodiaq, which has more electronics, but not as much usuable carrying capacity, nor the sweet handling of either of the estates.