BACK TO ALL NEWS
Currently reading: New Ford Mondeo to launch in 2021, official document reveals
UP NEXT
2025 Volkswagen ID 1 is Spanish-built, £17,000 entry EV

The Blue Oval will launch an all-new Ford Mondeo in early 2021, a parts tooling catalogue published on its European website appears to confirm.

The document, which dictates the specialist tools that dealers will need to work on upcoming models in Ford’s product plan, lists a tool for the rear axle assembly of the “2022 model year Mondeo CD542”.

The CD542 model code was originally assigned to the replacement for the Fusion – the North American version of the Mondeo – before Ford decided to not replace that model directly. The document appears to reveal that the Mondeo name will live on, while the release date of the tool itself indicates the new model will be launched in the second half of next year.

Perhaps the most interesting revelation in the catalogue is that the Mondeo-specific tool is for the removal of a rear leaf spring. No European Ford passenger car currently uses leaf springs, with the Mondeo having used a far more typical coil spring set-up for each of its four generations. This seems to suggest that the new Mondeo will feature a transverse leaf spring rear axle similar to that used on models such as the Volvo XC90.

Autocar understands that such a set-up would help save space for packaging a battery pack, likely for a conventional or plug-in hybrid powertrain. The current Mondeo Hybrid loses much of its luggage space due to the battery pack being mounted under the boot floor.

One likely candidate is the set-up used by the new Ford Kuga PHEV SUV, which combines a 2.5-litre Atkinson cycle petrol engine with a 10.3kWh battery pack and an electric motor to deliver 222bhp and a 34-mile electric-only range.

As first scooped by Autocar last summer, the new Mondeo is expected to adopt crossover styling cues, although it now looks less likely to be classified as an SUV. Sources close to Ford suggest that it will continue with hatchback and estate bodystyles, despite the ontrend design influence. Recent spy shots of a development mule, based on a Ford Focus Active Estate with an extended wheelbase, fit this notion. 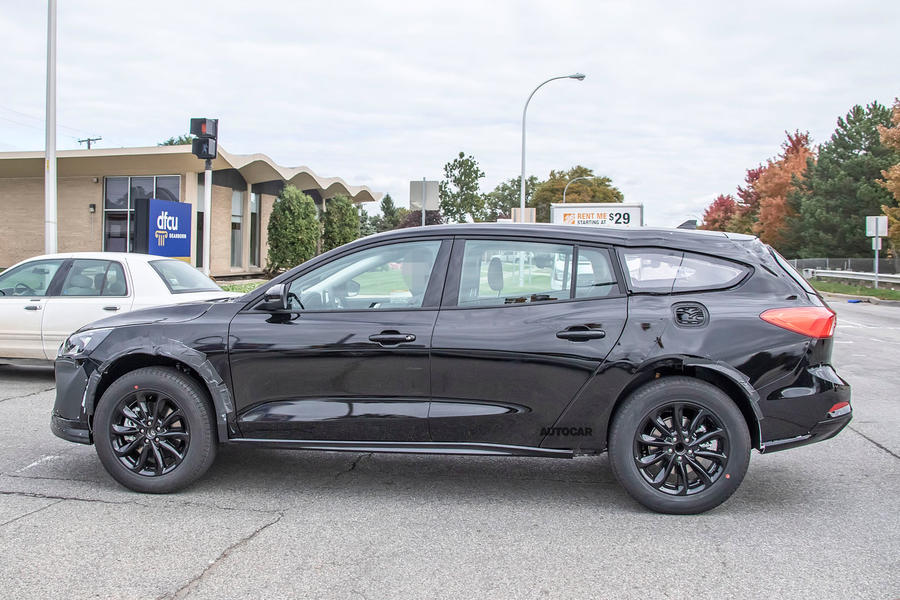 The test mule features a number of obvious characteristics that point to a radical repositioning for the Mondeo. The suspension, for example, has been raised considerably for a more SUV-like stance, while the protruding wheels hint at a widened track for enhanced interior space. We can also see that the donor car has been extended behind the B-pillar to fit the new model's platform.

Although the Fusion name has been dropped for the US market, the next Mondeo is intended to be launched in North America and beyond, unlike Ford’s bespoke European models. In the US, the model is being compared by insiders to the Subaru Outback, a very popular high-riding estate car. It is believed the intention is to also use it as an indirect replacement for the Ford S-Max and Ford Galaxy, but it's unclear if Ford can package seven-seats into such a car.

By the time the new model is launched, Ford will have discontinued four MPV model lines. The MPV market has been hit hard in recent years, and as a result Ford recently ended production of the B-Max, C-Max and Grand C-Max. The Galaxy and S-Max will likely follow next year. 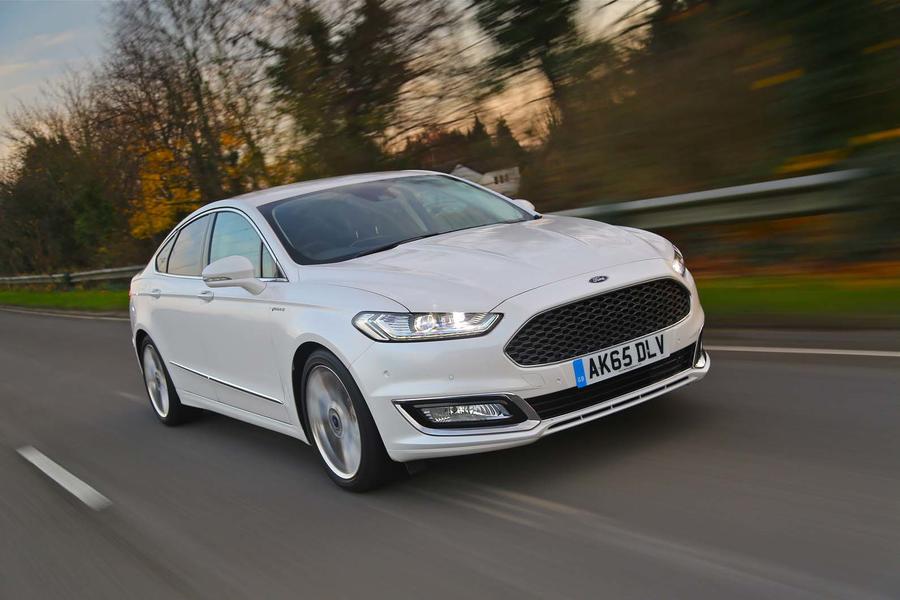 The B-Max has in effect been replaced by the Ford Puma compact SUV, and Ford will look to steer C-Max customers into the new Kuga SUV. Mondeo and S-Max buyers will be targeted by the new model, and Galaxy users moved towards the smaller Transit Edge seven-seater.

In 2018, Jim Farley, Ford’s president of new business, technology and strategy, hinted at the move away from conventional cars towards what he called ‘utility’ bodystyles. He said the thinking behind the move into medium-rise crossovers is that customers will get “utility benefits without the penalty of poorer fuel economy”.

Ford to launch three new model names by 2024 in Europe​

Same as it ever was

Ford did not invent the motor car or the petrol engine, what Ford did was "make a s*** lot of tat on the cheap" that someone else invented and ordinary working people could afford, same as now and when the market changes they make different tat on the cheap but innovation is not really what Ford do and possibly more importantly they don't have any attachment to any particular vehicle or ideology, all they care about is making millions of whatever type of vehicle is selling at the moment and that's fine by me, because I don't buy them, I had one once and that was enough for me to see the "light".

Although it does have a few cardboard additives etc. for driving in public before official release, it is quite messed up... especially the back...

Although it does have a few cardboard additives etc. for driving in public before official release, it is quite messed up... especially the back...

But it is just a mule, in Focus Estate bodywork.

'Steer previous C-Max  owner to new much larger, more expensive Kuga'. Good luck with that, FORD rather than steer customers to cars they don't want why not make cars people do want?