BACK TO ALL NEWS
Currently reading: Skoda Kodiaq vRS to be removed from sale due to emissions rules
UP NEXT
UK EV charging network to improve after "horrible" summer

Production of Kodiaq vRS hot SUV to gradually cease, but Skoda confirms it will return with new engine as part of mid-life facelift
Open gallery
Close

Production of the Skoda Kodiaq vRS will gradually cease in the coming weeks as the Skoda becomes the latest victim of tightening emissions regulations.

Confirmed by the Czech brand in a statement, the sporting large SUV will no longer be offered with the 237bhp twin-turbo diesel engine currently used in the vRS. The statement also confirms there will be “certain adjustments in the engine product line of Skoda next year”.

However, the news doesn’t mean the only high-riding vRS model in the Czech brand’s line-up is gone for good. The statement adds that an upgraded version of the Skoda Kodiaq vRS will be reintroduced when the car is given its mid-life revamp. 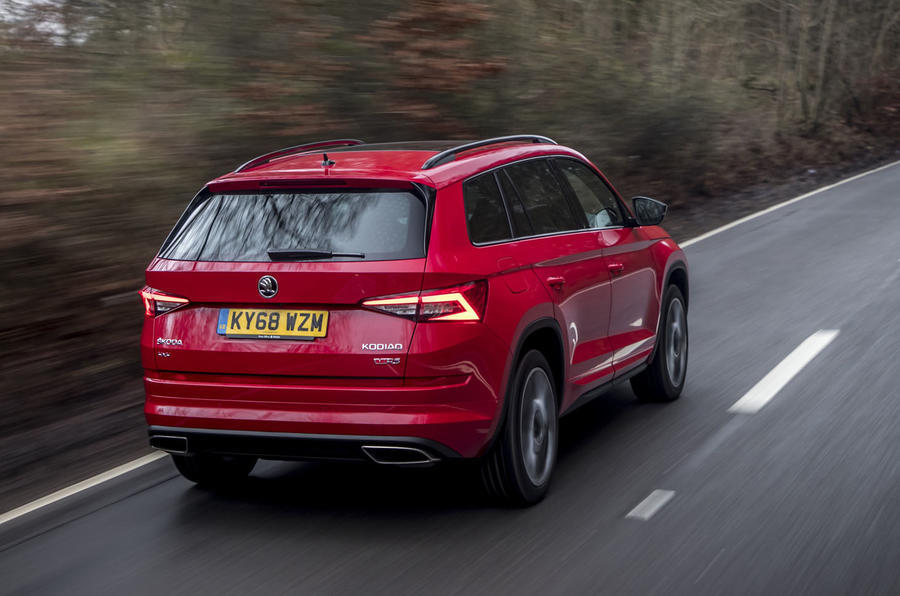 It remains unclear if Skoda will take the opportunity to offer a petrol engine in the range flagship instead as the market gradually shifts away from diesel power. The large, seven-seat SUV sector still favours the fuel, but trends show a continuing decline.

Despite the increasing focus on electrification throughout the Volkswagen Group and Skoda’s new Octavia featuring a plug-in vRS model, sales and marketing boss Alain Favey has told Autocar “there is no Kodiaq PHEV in the foreseeable future”.

“It’s much too early for us to see any patterns with regards to consumer progression from ICE [internal combustion engines] to PHEV [plug-in hybrids] to BEV [battery-electric vehicles],” Favey continued. “The Skoda Citigo-e iV is already over, and we have only had the Skoda Superb plug-in hybrid since last year, so we don’t have any of those customers who would be buying a next car. But perhaps people might jump directly from Kodiaq to Skoda Enyaq without going through the transition of a plug-in hybrid.”

The Enyaq, Skoda's recently revealed electric SUV, is the first MEB-based model to be built outside of Germany. It promises the interior space of the Kodiaq but with a smaller external footprint.

Skoda breaks new ground with vRS treatment for the Kodiaq SUV. We've driven it in the UK to see if it's worthy of its initials

Further details of Skoda’s revised 2021 Kodiaq are expected to emerge either later this year or early next year.

They will bring it back with a 'new engine' same one but some of those special VAG software 'tweaks' Hey presto, CO2 cured.
scotty5 7 September 2020

by the way, text mentions Skoda's revised 2021 Kodiaq details yet to emerge? The 2021 model is already on sale, they started production in Jun or July of this year. Changes are minimal, mostly upgraded tech. Several of the 'Simply clever' touches have disappeared tho.

The full facelift which Autocar may be referring to should be the 2022 model year?

Always fun when the politicians that called for "diesel everything" no longer than 3 to 4 years ago now want to ban them all. Must be nice to make rules/policies that don't effect you so you can change your mind frequently
scotty5 7 September 2020

Can you provide us with just one example where any politician ( in the UK anyway ) called for "diesel everything"?

Kodiaq vRS may well have been culled for environmental reasons but I'm sure the slow sales ( I've never seen one and I've been a Skoda customer for the past 3yr ) also had something to do with it. IMO humble opinion I think they got the pricing all wrong. Here is a car that in the real world is no faster than the 2.0tdi 190 4x4 but costs £5000 more than the Sportline trim. For that £5000 all you get is dynamic chassis and virtual cockpit as std and the stitching is red rather than silver. Oh yes, and a laughable fake sounding exhaust. Of all the reviews I've watched, everyone seems to agree the vRS is the weakest link in the Kodiaq range.

Unless engineers apply expensive ( and mostly unreliable ) electronic wizardry, the laws of physics say you cannot turn a 7 seater SUV into a sports car.

You're applying a literal slant to a figure of speech.

Can you provide us with just one example where any politician ( in the UK anyway ) called for "diesel everything"?

It wasn't 4 or 5 years ago, but GB did introduce diseasel tax breaks in 2001. So, the message was that they wanted to encourage 'us' to buy them.