BACK TO ALL NEWS
Currently reading: James Ruppert: Diesel is still king for the long commute
UP NEXT
Middle management: Revisiting the Renault Clio V6

James Ruppert: Diesel is still king for the long commute

It was good to hear from Craig, who needed a great big barge to get to work and back. His is a pretty serious commute of 90 miles, and although he doesn’t have to be there every day, his annual mileage is a substantial 30,000. The best bit is that he actually wanted my sort of ‘bargey’ motor.

“I’d like a barge that takes the pain out of the commute,” he said. “I currently have a manual Mondeo estate, which is fine but a little noisy – and you notice all the little things with spending so much time in the car. I need a family barge that makes the miles fly by. Plus I need something which can go from service to service without visiting the garage. I would like the car to last at least five years and ideally I want 30-35mpg at motorway speeds.”

What an absolutely wonderful brief, with a solid budget of £20,000- plus. It also leads us shamelessly down the evil path of diesel. But this is what these big old oil-burners were built for, and the Volkswagen Group has most of the contenders here.

I like the Passats, and they do colossal mileages, too. Our £20k budget puts plenty of 2018 2.0 TDI GTs within touching distance. They will still have a new warranty and around 12,000 miles on the clock, so lots of scope to add more. Big dealer groups have them and it will officially do 49mpg overall. Dial out post-Dieselgate prejudice and I still think Craig will get a solid 40mpg. 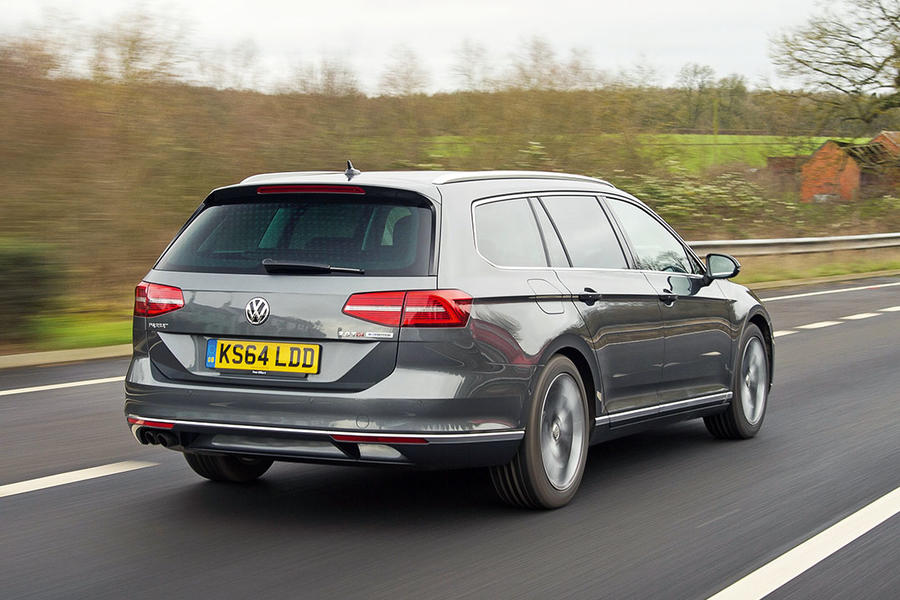 That’s only scratched the diesel surface. With £20,000, which is only a loaded hatchback these days, there are some amazing bargey estates you should buy before the only option is a battery SUV. Long live diesel.

The VW Passat is a competent family car - but does it show any flair, and does it stand out amongst established executive saloons from BMW, Audi and Mercedes? 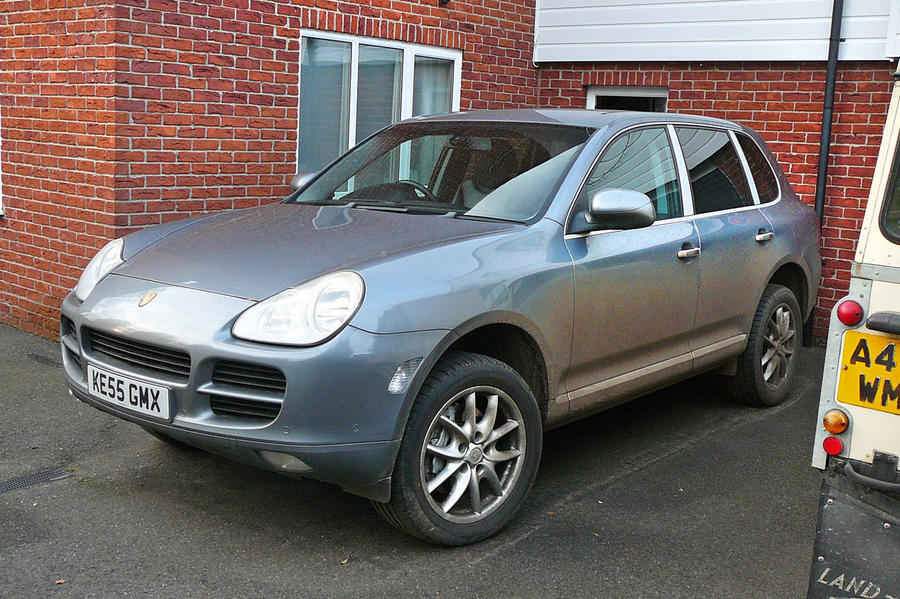 Porsche Cayenne, mileage - 104,320: We have booked the Porsche with a proper dealer for the recall work. It did take a couple of goes, though. I phoned and the service department was busy. The receptionist had my number and promised a call back. It didn’t come. Sorry to go on about that, but that was rule number one in the old main dealer days. Never mind, I phoned back and booked. I almost booked the MOT there, too, but didn’t fancy the chance of being stranded more than an hour away from home. There could have been a Taycan loan car, though. Maybe next time. 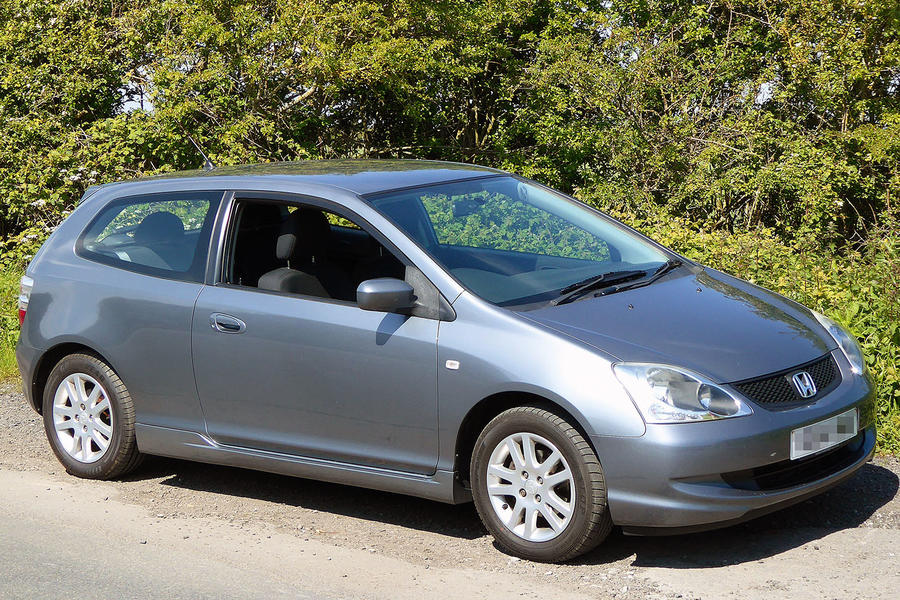 Honda Civic: Reader Doug sent me some details about his Honda: “I bought my 2005 Civic 1.6 SE in 2009. It has been extremely reliable and passed its MOT every time since, bar one because of a dodgy bulb. Apart from an annual service I’ve had the front discs and pads replaced. It has 90,000 on the clock now but that VTEC engine still brings a smile to my face. I love the simple knobs and buttons to operate simple functions, and it even has a CD player. My local Honda dealer reckons this model was the best Civic they made.”

Question: Should I drain the remaining fluid in my diesel car’s AdBlue tank before refilling it? John Brown, via email 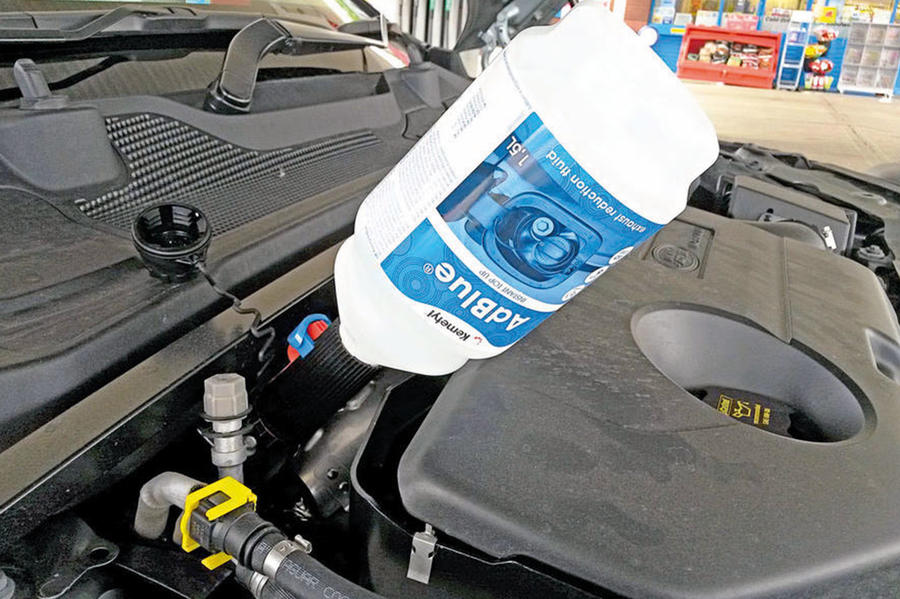 Answer: It’s not necessary to drain the old fluid since there’s no reason for it to have deteriorated. The risk occurs when the fluid is contaminated, for example during the refilling process. Instead, the important thing is to make sure you don’t run out of AdBlue. This is because cars that require AdBlue will not start with an empty AdBlue tank. If the car is running and the system detects the AdBlue tank has emptied, the ECU will limit the engine’s performance until the AdBlue is replenished. All that said, running an engine with no AdBlue in the tank won’t actually damage it. John Evans

Question: What is the point of digital radio in a car? Scott Temple, Kirkcudbright 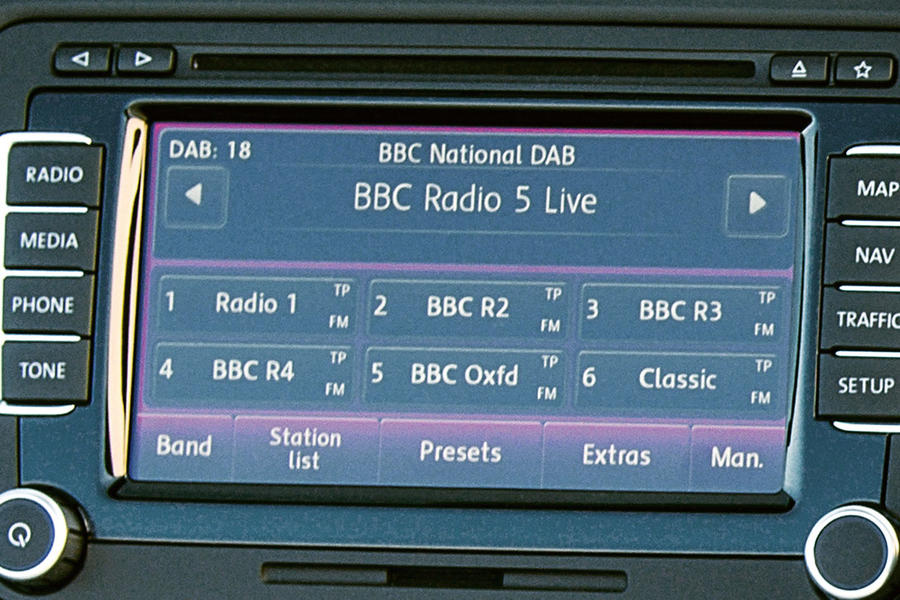 Answer: Hark back to the days of FM and then ask the same question. Pops, squeaks, hisses, signal drop-out: all were common when listening to FM radio in a car. In contrast, a digital radio signal is much more robust and only drops out when you enter an especially poor reception area. Digital radio also plays many more stations, and it’s easier to find and select them. One downside of digital is that overall coverage is not quite as good as for FM, although it is improving. Good or bad, though, digital is here to stay, while FM’s time is limited. John Evans

Get a Telsa model 3. If you

Get a Telsa model 3. If you calculate the money you spend on dinosaur juice and all the servicing the Tesla will be almost free,

If your budget does not go that far E-niro or wait for VW ID.

The advice on this article is a bit like telling you to buy a Blackberry when the I phone has just come out.....

Get a Telsa model 3. If you calculate the money you spend on dinosaur juice and all the servicing the Tesla will be almost free,

If your budget does not go that far E-niro or wait for VW ID.

The advice on this article is a bit like telling you to buy a Blackberry when the I phone has just come out.....

ALMOST free?...define almost with facts, as even the Tesla has servicing requirements, maintenance issues...and...wait for it...DEPRECIATION...heard of it?.

First of all the a dinosaur car has depreciation too.  with more and more cities banning smokey cars I`m not too sure that they will have great resale value in a few years.

i bought a secondhand Nissan Leaf a couple of years ago for 12000 euros,wich had 12000kms on the clock and sold it a couple of weeks ago for 10600,  During the two years i saved 100 Euros a month on fuel with negligable servicing costs, I changed the cabin filter for about 20 euros myself, by far the cheapest car I have ever run.  I often charge for free.

The money I saved in fuel was more than the depreciation cost, and that was for just local commuting. Calculate the cost of 30000 miles a year in servicing and fuel....

Try standing behind it when it starts before you buy

If your conscience can live with the toxic stench coming out of the exhaust, then you’ve passed the first stage of the test. (That’s what those kids will be breathing when you drive past them.)

The second stage is to stand next to the bonnet when it is idling. If you can stand the clattering death-rattle coming from the engine, then you've passed the second test. ( Yes they all have it, even the “executive” versions.)

The third test is refuelling. If you don’t mind the stink of the fuel, the greasy feel of the filler nozzle, or the slippery slick on the ground where you have to stand, you’ve passed the third test. Oh and don’t forget the smell inside the car when you get back in - that’s from the fuel that’s stuck to your hands and shoes.

If you pass all three tests, you can proceed to purchase.

Regarding your biased view of diesel fuelled cars

1. Euro 6 engine which is cleaner than the majority of so called clean petrol cars on the road. There is no odour when I stand behind it.

2. A 3 litre diesel engine doesn't clatter, though saying that neither did the previous 2 litre diesel BMW or the 2 litre SEAT diesel before that.

3. Refuelling wise - just use the handle. No the odour isn't transferred to the cabin.

The economy of a diesel combined with the performance of a 3 litre engine - puts a smile on my face.

Regarding your biased view of diesel fuelled cars

1. Euro 6 engine which is cleaner than the majority of so called clean petrol cars on the road. There is no odour when I stand behind it.

2. A 3 litre diesel engine doesn't clatter, though saying that neither did the previous 2 litre diesel BMW or the 2 litre SEAT diesel before that.

3. Refuelling wise - just use the handle. No the odour isn't transferred to the cabin.

The economy of a diesel combined with the performance of a 3 litre engine - puts a smile on my face.

To be fair point 3 is quite accurate, well it was when I had a diesel, the pump was always covered in fuel and there always seemed to be a slick on the floor, I don't know why it should be that way but it was at the majority of fuel stations I went to.

Some really do clatter, my mates 730d certainly doesn't.