9
In Touring guise, the 320d continues to combine dynamism with practicality, performance and frugality better than any rival
Open gallery
Close

This is the estate version of our favourite compact saloon, equipped with what will likely be the sweet spot for the engine line-up here in the UK.

The turbocharged, four-cylinder 320d has already proved as such in the four-door 3 Series, having been labelled the pick of the range for the vast majority of drivers when we road tested that car earlier in the year. Diesel might be increasingly vilified elsewhere in the industry, but its combination of performance, refinement and frugality is still tough to beat in the compact executive sector.

It should prove equally appealing in the more practical Touring, which will likely be tasked with more four-up family holidays, recycling centre visits and towing duties than the saloon ever will. Stowage capacity has grown slightly to 500 litres from the outgoing model's 495, while a widened tailgate, lower lip and electrically folding rear bench make loading far more convenient. Flatten the rear seats and there’s 1510 litres of room, which can only be beaten by Skoda’s Skoda Superb Estate.

Tested here in M Sport trim, which BMW expects the majority of Touring customers to opt for, our car rides on 18in wheels and passive M Sport suspension. It also benefits from xDrive four-wheel drive, but does without the sport brakes and active differential seen on the more potent 330d we drove recently. 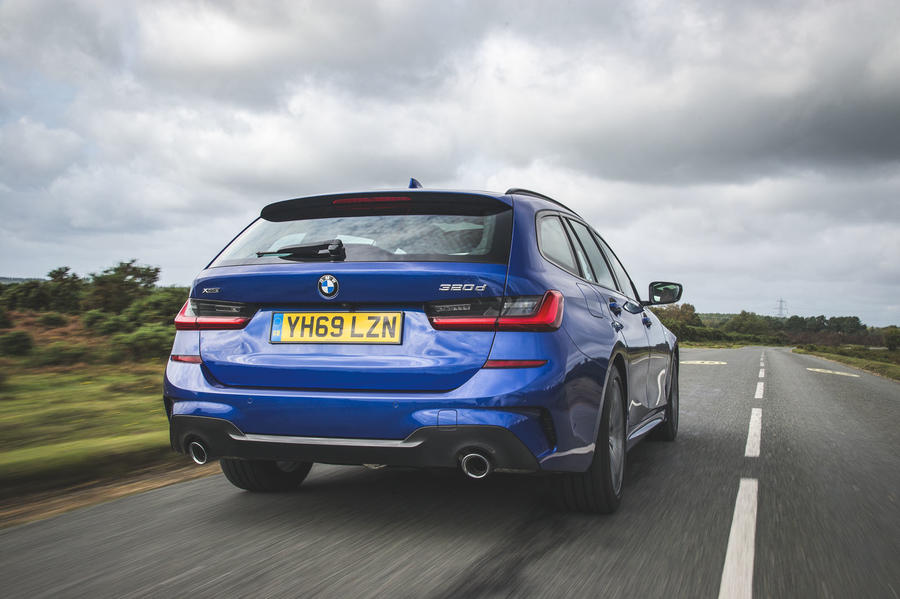 The car is as well-rounded as you’d expect, with a diesel turbo four-pot that’s perfectly responsive, even if the Touring’s extra weight has a negative impact on performance. The saloon’s sub-seven-second 0-60mph sprint is unachievable here, but only by a few tenths.

The four-cylinder isn’t quite as eager to rev as the six-cylinder 330d, but feels more restrained in stop-start traffic, where it’s less eager to lurch forward with only a feather of the throttle. It’s also more likely to return better fuel economy - we saw a touring average nudging 50mpg with very little effort.

The Touring’s cabin has been modernised in line with the saloon, with material quality taking a welcome step up to better compete with rivals. The mix of metal and carbon-effect plastics is perhaps more sterile than the wood-style trim seen on a C-Class Estate, but BMW’s ambient lighting adds an element of drama.

Technology is now on par with the rest of the class, too, even if the inclusion of Apple CarPlay only comes free for the first year before defaulting to an annual membership plan. Android Auto is missing altogether, although BMW does plan to introduce it to the range in the future. Some may be happy to learn the dash-mounted infotainment display is now touch-sensitive; that the iDrive rotary controller makes a return will please others.

The fully-digital instrument cluster isn’t quite as easy to read as Audi’s virtual cockpit, and the only customisation on offer are a selection of small widgets that cycle between fuel economy, driver assistance, media playback and performance graphs.

Handling is largely consistent with the saloon, with the Touring only showing the slightest lack of exactness in its steering, and then only really in tighter corners. It still turns in with commitment and is a confident steer at all speeds, if not quite to the same degree as we’ve come to expect from the regular 3 Series. In terms of direct rivals, however, few estates can hope to match it for dynamism.

That does mean a slight compromise in ride comfort. The stiffened suspension and run-flat tyres deliver a somewhat firm ride, so while it is largely unfazed with most road surfaces, it can feel less than civilised when traversing the worst of Britain’s B-roads. That being said, you’d be hard-pressed to call it unruly for the majority of journeys. 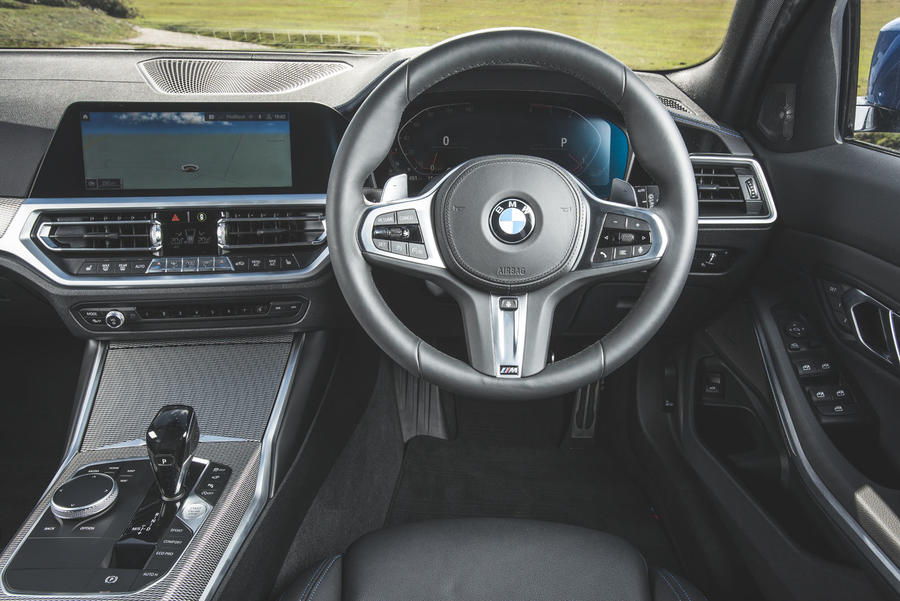 Are you looking for an engaging drive that doesn’t come at the cost of luggage space or fuel fuel economy? A 320d Touring fulfils that brief better than any of its peers, or any SUV with a similar stowage capability.

Given that in saloon form, the 3 Series was worthy of a full five-star road test verdict, and the estate version gives up so little in return for the extra utility, it only narrowly falls short of the same here. 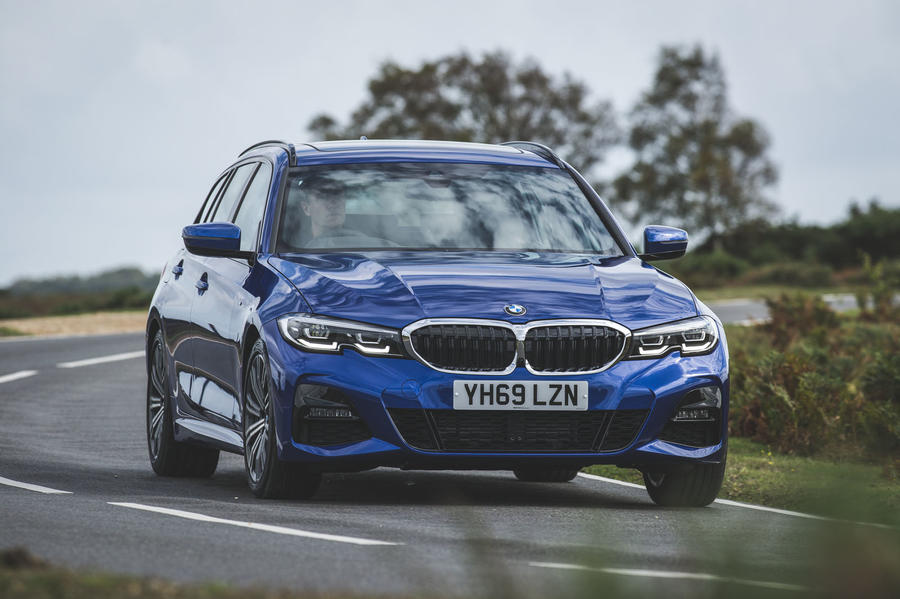 My son recently sold an 07 3 series Alpina Touring bit high miles for 5k. Looking back maybe I should have bought it.!

In 3 years these will be on

In 3 years these will be on the second hand forecourts, and no longer pounding the motorway, but will then start to do the urban crawl and school run. Oh, and just as the polution control systems start to fail.

Yet again Autocar is doing the SMMTs work, and pushing diesels.

This car would be better with petrol power!

In 3 years these will be on the second hand forecourts...

Can't disagree there! Indeed, many used cars end up on secondhand forecourts, apparently!

Indeed. I first read the Disvo Sport 240 review and at least it starts around 29k,says so on tip, though 41k aa tested.

Surprised the opening tailgate glass didn't get a mention, unless I missed it. I gather from other reviews it's making a comeback from the outgoing model IDK