BACK TO ALL NEWS
Currently reading: James Ruppert: dealer or no dealer?
UP NEXT
New 2021 Nissan Qashqai: hybrid-only powertrains detailed

James Ruppert: dealer or no dealer?

Is there anything worse than pushy used car sales staff? I suppose it depends what you call pushy. If they have lots of useful information, then surely it’s a good thing. Yet according to the AA, a reputation for pushy sales tactics would dissuade almost a fifth (19%) of motorists, while 18% of car buyers see negative online reviews of a dealer as a turn-off. Online reviews are especially decisive among younger drivers, with 37% of those aged 18-24 saying they would avoid a dealer if they had read about other motorists’ bad experiences on the internet first.

The AA-Populus poll of 17,230 drivers found that other factors which would put motorists off buying include a dealer who is reluctant to allow a reasonable test drive (12%), stock that does not look as though it has been cleaned or moved for a long time (12%) and a dealer’s lack of familiarity with the cars for sale (11%). Well, we would never put up with any of that, which is why we are looking at some beauties being sold by tip-top private sellers.

At the few-hundred-quid end of things, how about an Audi A4 Avant 1.9 TDI SE for £399? It’s a 1999 car with 150,000 miles, which sounds like trouble, but this seller has owned it for three years and has all the bills. Yes, it is scruffy and yes, it’s an old oil-burner, but you should get another year out of the cheapo lugger. 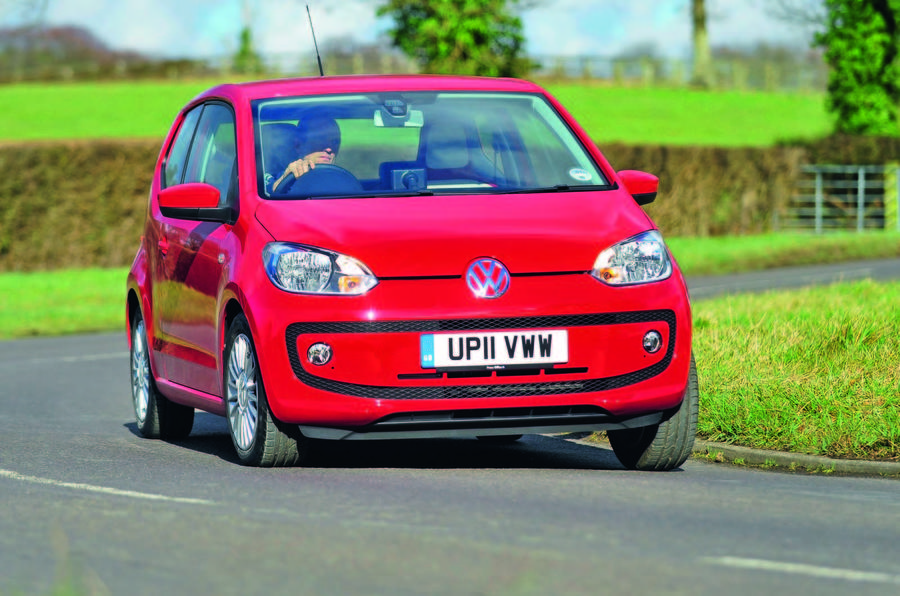 Need a town centre assault vehicle? Best to get a one-owner Volkswagen Up. This 2014 example is the victim of a commuter having to get the train from now on. With a solid 38,000 miles, it hasn’t been parked up for long periods and has a full service history, so £5000 seems fair enough.

When it comes to specialist performance cars, dealing directly with the (hopefully) caring owner is the best way to buy. They know the car’s history first-hand and, if they are in any way evasive, you simply move on. I rather liked the 2002 BMW M3 that was up for £12,495. It had a solid year of ownership and all the bills, plus a good reason for selling. Its value is never going down and this seemed like a pretty fair price for a car with just over 100,000 miles on the clock.

I’d take the private buy to its logical conclusion with the uncompromising enthusiast’s car, the Caterham. I picked on a 1997 Supersport R with 30k miles and up for £17,495. The seller may have spannered it together themselves, but best of all there was a big £1500 bill for a pre-sale spruce-up.

This is what we need more of: private sellers that we can actually talk to. That’s how you get around the irksome issue of partly comatose dealers who don’t care. 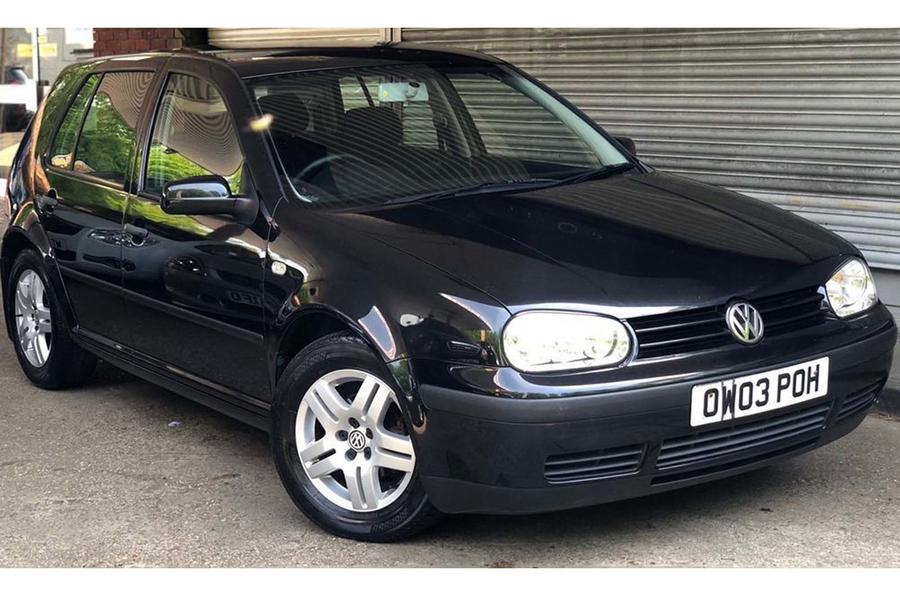 VW Golf 1.4 Match 5dr: Inspired by the Golf being named Autocar’s Used Car Hero, we found this: a 2003/03 Match with 105,000 miles. It has 12 stamps in the service book (nine of them main dealer) and all carried out at roughly 8500- mile intervals. The body and wheels appear to be relatively unmarked. The dealer wants £1500 for it. Now that’s value. 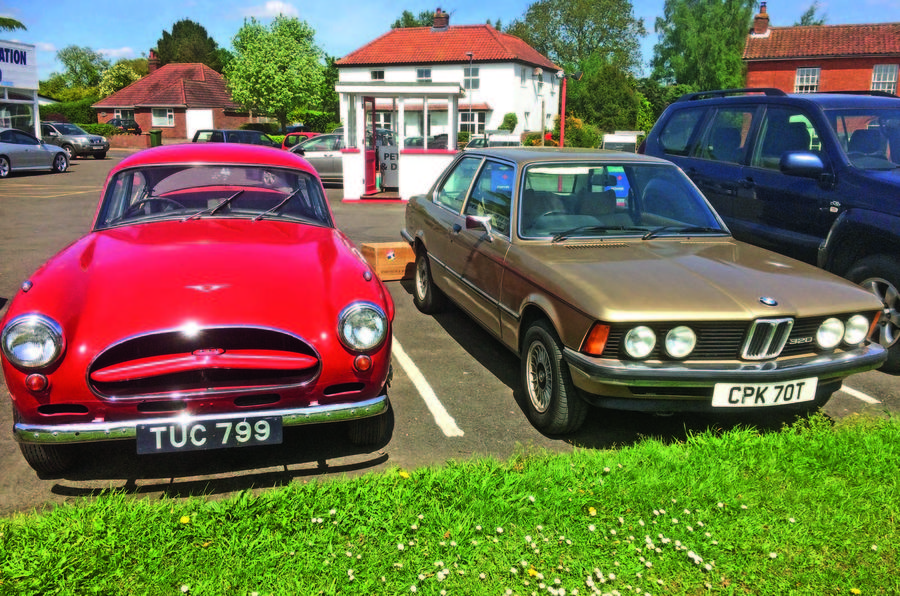 BMW 3 Series, mileage - 83,195: Have I told you all my cars are broken? Well, they are. A call from the garage about the Baby Shark brought the revelation that the fuel pump has stopped working, which may explain some of the less than enthusiastic starting behaviour. Trouble is, the nearest replacement is in Germany and 10 days away. Well, that was through their normal supplier. So I suggested they should go with a non-normal one, because so far the car has been away for two weeks. At least that meant I could build a nice new set of shelves. 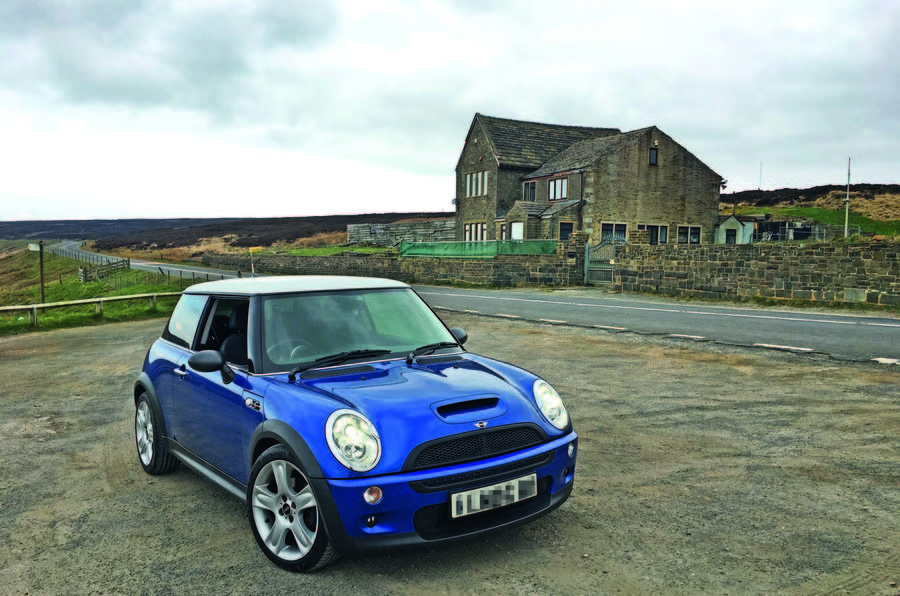 “Autocar is responsible for the Mini,” he says. “You ran a buying guide on the R53 Cooper S just as I was replacing my Audi A4 Cabrio. I spotted one at a trader nearby, went for a look and broke my used car rule of buying the first I saw, paying £2900. The risk paid off as the Mini has been brilliant for the past two and a half years and 10,000 miles, only needing a new back box and a couple of minor bits for MOTs. It’s fast and handles brilliantly. I intend to keep it a while yet.”

Question: I’m leaving a company car scheme and have up to £25,000 to spend on a new or used car. Bear in mind that insurance could be an issue. What do you advise? Bill Smith, via email 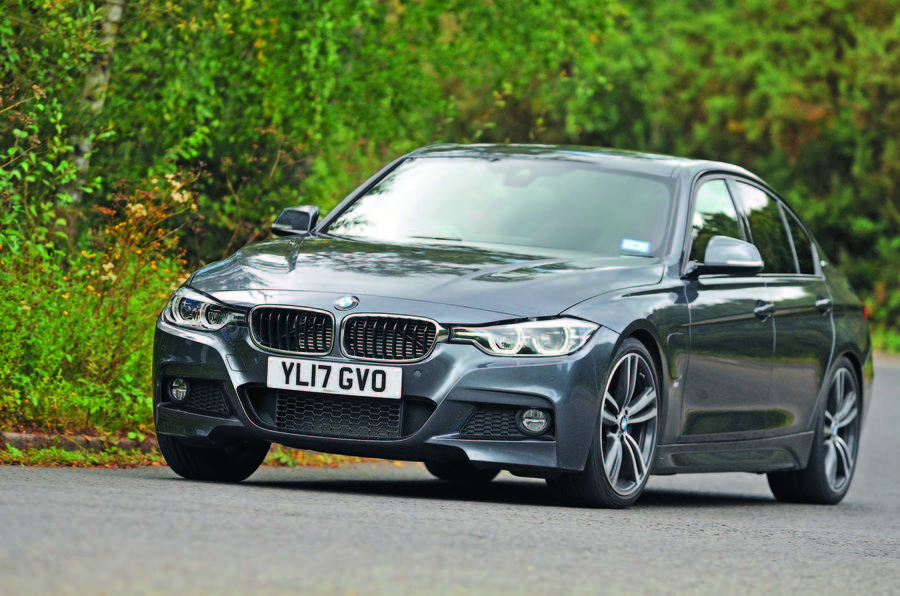 Answer: Some insurers, such as Co-op, allow drivers to transfer a company car no-claims discount to a private car. Buy nearly new or older to reduce your exposure to depreciation. Your last car was a Lexus hybrid, so why not go for something equally premium but better to drive, such as the BMW 330e M Sport plug-in hybrid? A new one cost £39,000, but 2017/17-reg examples with less than 20,000 miles are £24,000. John Evans

Question: I have noticed how larger wheels impact on economy. Why? I’d have thought a larger wheel covered more ground in a rotation, so would improve economy. Greg Clarke, Northampton 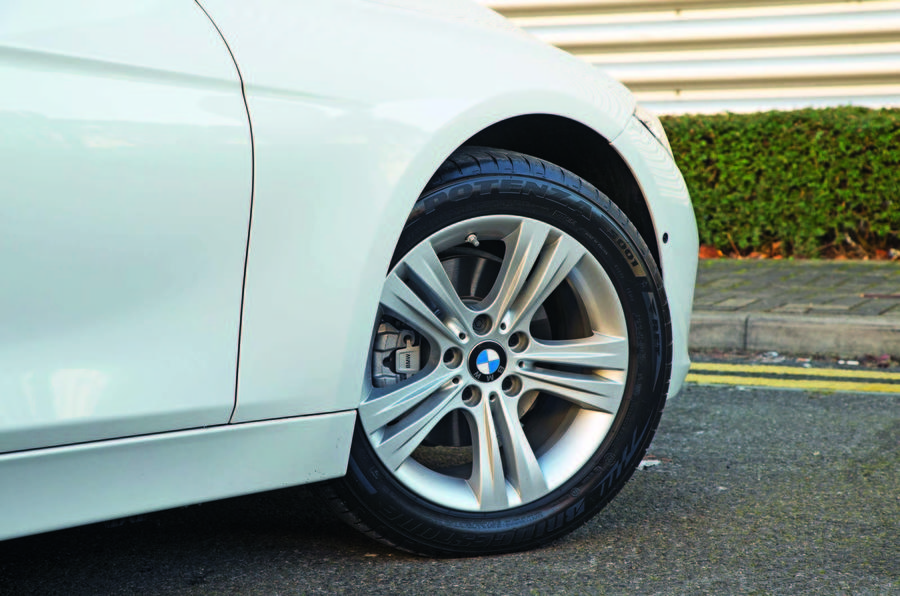 Answer: The wheel may get larger but the tyre must remain at the original diameter to ensure the car’s gearing isn’t affected, to maintain speedo accuracy and to ensure the wheel fits within its wheel arch. To do this, the tyre’s sidewall becomes shallower, while the tyre becomes wider and heavier, as does the wheel. The result is higher fuel consumption. Ride quality and noise levels can also suffer when wheels larger than the standard items are fitted. John Evans

How to buy a used car - expert top tips​

Is the Jenson 541 for sale somewhere?

I've sold a few clean, newish cars in my time - potential bargains for a private punter. But no, most were snapped up by dealers, no doubt quick to spot an easy profit.

In my experience private buyers are cautious, lazy and tend to prioritise low risk, easy finance and the reasurance of a dealer warranty over saving money. Maybe Autocar readers are a bit more adventurous?

I used to sell to punters

I used to sell to punters privately, using my nom de plume of Mr Isor Yoocumin.  Easiest way to dump a lemon.