BACK TO ALL NEWS
Currently reading: Are bigger wheels really ruining ride quality?
UP NEXT
MST Mk1: Is this the ultimate rally recreation?

We pit a sporty supermini against a big-rimmed, and theoretically more comfortable, SUV to find out
Open gallery
Close

You’ll have read plenty on these pages over the years about how a car’s wheel size affects how it drives. There’s a reason why we bang on about it with such regularity: yes, there may be style benefits to upgrading to the most extravagant rims, but more often than not they have an adverse dynamic impact.

Yet it appears our protestations are falling on deaf ears. Wheels are continuing to get larger across every new car category, and buyers keep on lapping them up. The rise of the SUV has also had a marked effect, with most running wheels and tyres substantially larger than their hatchback or saloon equivalents for that chunky look. 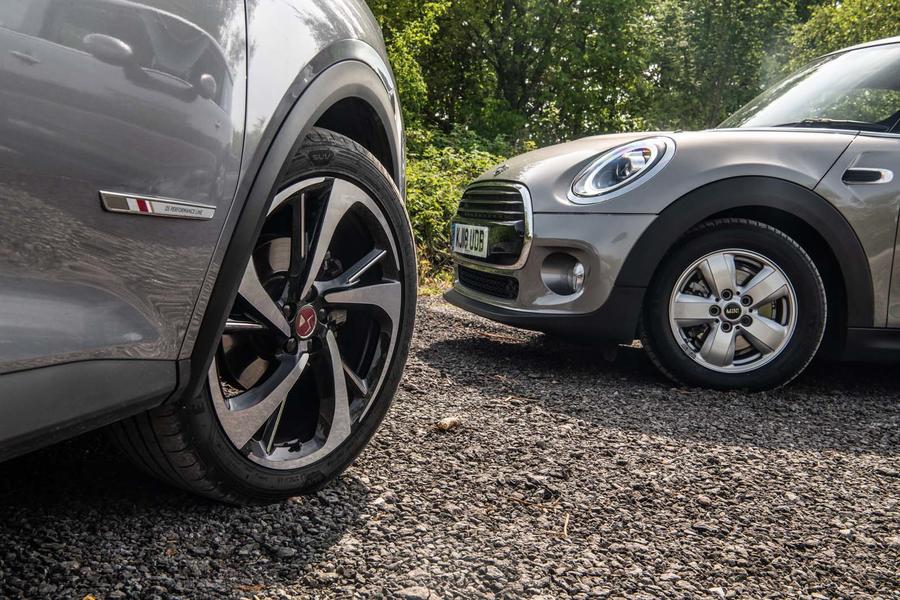 So, we thought the best way to illustrate this was to get two cars together from either end of the spectrum: a Mini Cooper hatchback and a DS 7 Crossback SUV. The latter is running the kind of typical wheel-and-tyre combo that you will find in many well-specced premium SUVs: a 20in alloy shod in 235/45 profile Continental ContiSportContact 5s. The size of the Mini’s, on the other hand, were commonplace a decade ago but are now among the smallest on the market: 15in alloys shod in 175/65 profile Michelin Energy Savers.

Direct comparisons between the two shouldn’t be fair, as one is a sportily set up supermini and the other is a comfort-focused SUV, but here’s the surprise: by our reckoning, the Mini has a smoother, more consistent and ultimately more comfortable ride.

On our control route, mixing town roads with B-roads of varying speed and surface quality, the Mini’s combination of firm-yet-composed damping and squidgy sidewalls shone through. You’re always aware of the road surface passing beneath you, yet both primary and secondary ride comfort is strong, the body stays level, while even the worst surface disruption or potholes are ably dealt with. How much of that is down to the wheels is open to debate, but we’ve tried Minis with larger wheels and tyres that are much less absorptive over nasty potholes. 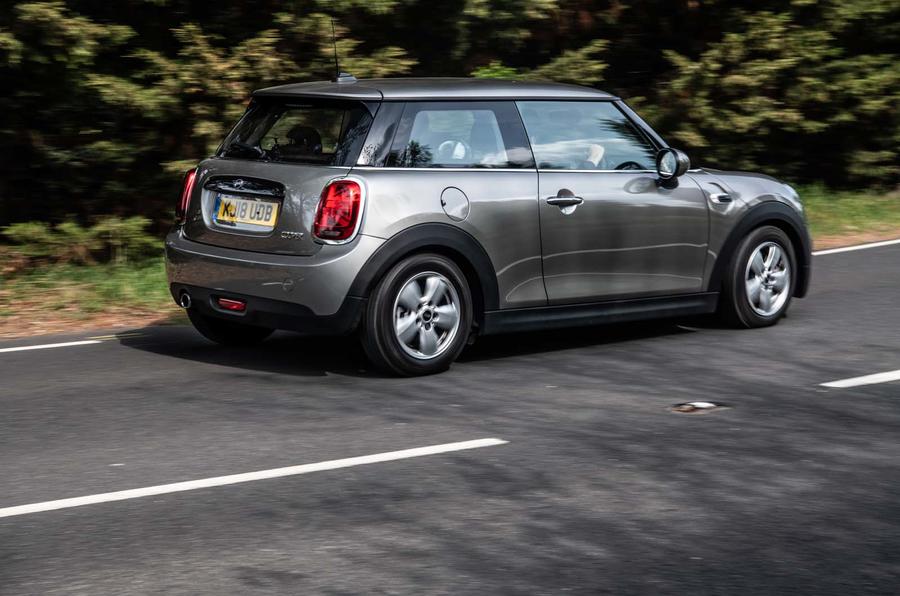 The DS 7, on the other hand, is a master of inconsistency. The supple set-up gives the illusion of comfort as you float over speed bumps and bound over crests, yet a tricky road surface (of which there are many in the UK) sees the springs and dampers struggle to control the wheel movements. Around town big bumps audibly shudder and crash through the chassis, while even at speed poor surfaces cause it to thump and fidget. Mid-corner potholes can easily throw the SUV off course, too. (For balance: I’m now running a DS 7 on 19in wheels that is noticeably better in this regard.)

“One thing that does change is the unsprung mass,” he says. “Take a 22in wheel and tyre and it could be upwards of 40kg on the scales. Now imagine that 40kg mass hitting ridges and potholes and how much energy it will transfer back to the body, which then needs to be controlled and absorbed.” 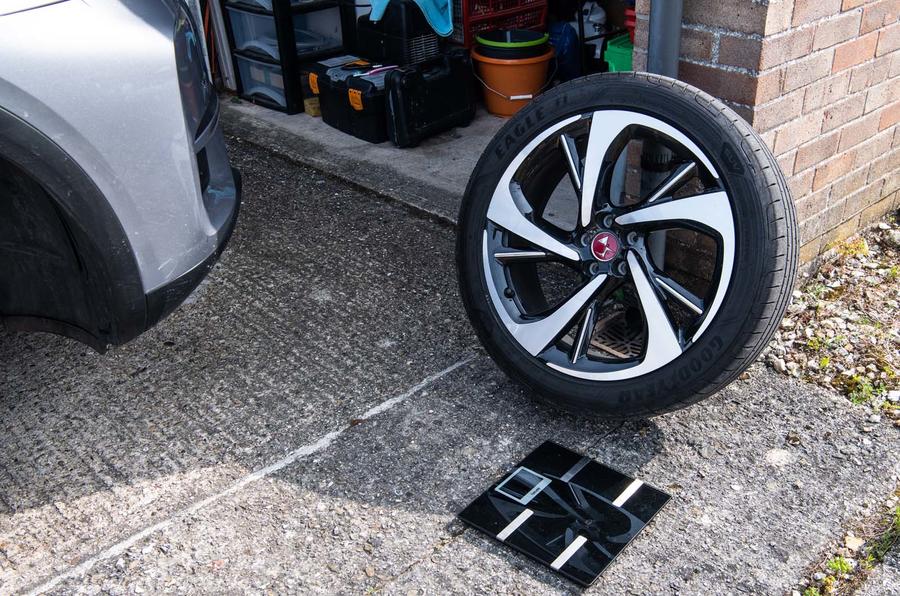 Indeed, we checked the unsprung weight on an unscientific set of bathroom scales, the Mini’s weighing in at around 14kg and the DS 7’s nearly twice that at 26kg. With the DS 7 the heavier car by a mere 235kg, it seems to be the SUV’s substantial extra mass of unsprung weight, alongside inadequate damping to compensate, that has the main effect here.

Pook claims big wheels aren’t the only factor to consider, however. “It’s never one single thing – not tyre stiffness, nor mass in isolation – but a combination of factors,” he explains. “The tyre is a complex spring-and-damper system all in one, so one will ride worse than the other because of its damping inside. All of this changes depending on the load the tyre is carrying and its inflation pressure. A big tyre or small sidewall doesn’t necessary equal a poor ride, it’s just a different balance or challenge.”

Cars, then, that have been designed to feature large wheels from the off, or those with more advanced suspension systems, can mitigate the influence of the extra size and weight. There may yet be a technical solution that completely offsets the effect, too. 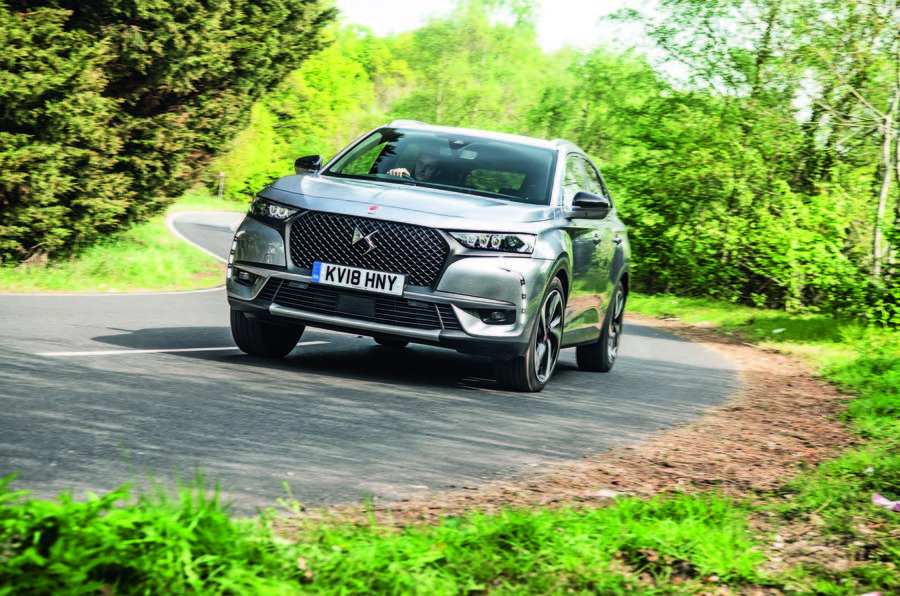 But there’s more than just ride quality to contemplate. Bigger, heavier wheels often mean worse fuel economy, while the cost of tyres is also worth considering. Using tyre comparison site Blackcircles.com, we were quoted more than £200 for the same tyres on the DS 7, compared with £128 for the 18in wheel option. The Mini’s tyres were a mere £67. Finally, bigger wheels are far easier to kerb, a particular problem for SUVs that get used on rough terrain.

Is it still worth it? For some, yes. Bigger wheels help offset the sheer visual bulk of modern cars, while the lower tyre profile (in theory) improves cornering stability. But for those who don’t consider that a priority, we would advise thinking again before upgrading.

While some chassis development engineers accept the impact on ride comfort that big wheels have as inevitable, the very best consider it a challenge not to accept.

And for proof that big rims, big grip levels, sporting handling and good ride comfort needn’t be mutually exclusive, you don’t have to look too far. Cars like the Porsche Macan Turbo, Jaguar F-Type SVR and Volkswagen Golf R all show that rolling comfort needn’t suffer at the mercy of flash wheels. But what they have in common, as high-performance derivatives, is the happy combination of advanced suspension technology, performance tyre technology and extra suspension tuning that tends to be lavished on go-faster models. 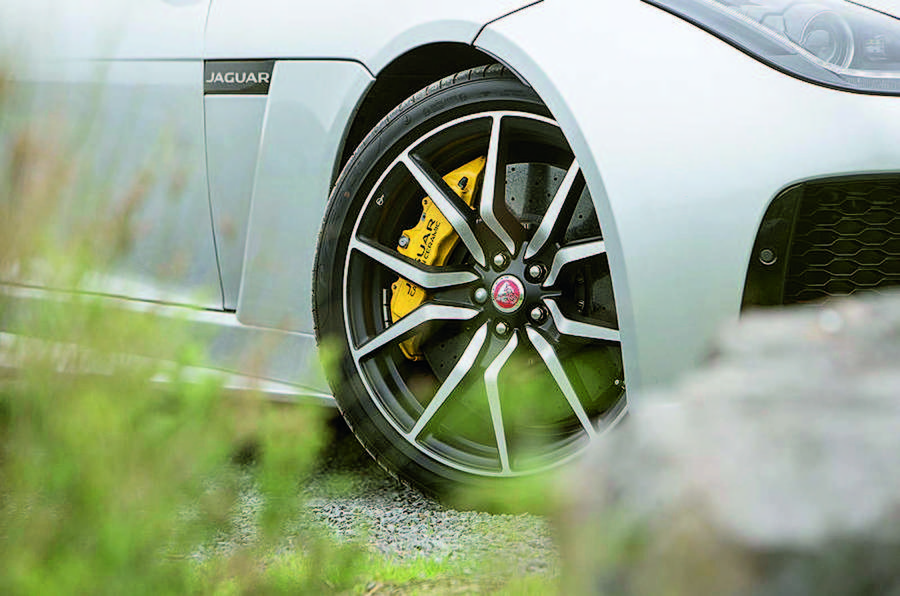 Porsche has yet to launch the Turbo version of the current Macan, but the pre-facelift version rode with a versatility denied by lesser variants. In this case, it was because it represented the point at which adaptive air suspension became standard fit – and without that, the car’s breadth of dynamic ability is much less striking.

For the Golf R, it’s both suspension technology and fine ride tuning that delivers such an impressively rounded drive. The key here is to make sure you buy a car with optional adaptive damping.

With the F-Type SVR, it was Jaguar’s wide-ranging suspension overhaul and road-biased priorities, properly executed, that resulted in a sports car that not only handles better and is faster than any of its range-mates but rides better on testing surfaces too. Matt Saunders

This article was originally published on 30 June 2019. We're revisiting some of Autocar's most popular features to provide engaging content in these challenging times.

Matt Prior: has performance suspension hit a bump in the road?​

The best-looking alloy wheels ever​

Log in or register to post comments
oldenoisy 12 December 2020
It's a valid comparison. Big family vehicle is meant to be comfortable. This one is less comfortable than a sporty hatch.

Big wheels suck balls. They look good (to some), but are pure shite in every other way.

Only a bollocks, and an insecure bollocks with severe status anxiety issues at that, fits big wheels to a vehicle.

Well, doh! You do realise, don't you, that the overall diameter has to remain the same? Otherwise you wreck the car's gearing and systems. So once you fit big wheels, you're obliged to fit low profiles. Big wheels and low profiles are inextricably linked. So, de facto, big wheels are to blame for destroying rude quality.

Read your own previous articles

Read back through autocar reviews and compare every time that the reviewer has commented on how much better the big tyres are compared to standard. Journalists have a lot to answer for.

And I agree with all the other comments that this particular comparison is not valid, but like comparing apples with pineapples on which is easier to eat without peeling.

The idea that bigger wheels

The idea that bigger wheels make cars ride worse is total nonsense, it contradicts the laws of physics. Bigger wheels actually improve a cars ride, the reason cars with bigger wheels often have a worse ride is that the bigger wheels pretty much always lead to lower side walls - its the lower side walls that make the ride worse not the bigger wheels. If you tested two identical cars with differently sized wheels with THE SAME TYRE SIDE WALL HEIGHT the one with the larger wheels will ride better. The completely ameteur test carried out here is 100% unscientific and total bollocks cos we re comparing two entirely different cars so zero notice should be taken of it. I expect better from the worlds oldest car magazine that.

The idea that bigger wheels make cars ride worse is total nonsense, it contradicts the laws of physics. Bigger wheels actually improve a cars ride, the reason cars with bigger wheels often have a worse ride is that the bigger wheels pretty much always lead to lower side walls - its the lower side walls that make the ride worse not the bigger wheels. If you tested two identical cars with differently sized wheels with THE SAME TYRE SIDE WALL HEIGHT the one with the larger wheels will ride better. The completely ameteur test carried out here is 100% unscientific and total bollocks cos we re comparing two entirely different cars so zero notice should be taken of it. I expect better from the worlds oldest car magazine that.

Are you ignoring the weight? unsprung weight has always been the enemy of a good ride quality.