BACK TO ALL NEWS
Currently reading: James Ruppert: The cars that cost least in maintenance bills
UP NEXT
Alfa Romeo to revive GTV as an EV in sweeping range renewal

James Ruppert: The cars that cost least in maintenance bills

If you want to keep your car out of the workshop constantly, avoid 5 Series, buy Punto. In theory
Share
Open gallery
Close
Share story

I like it when companies tell us how much cars cost to fix and which ones break down. So thank you to the whocanfixmycar.com people, who have crunched the numbers to reveal which cars cost a bomb to repair and which don’t. In theory, this should be our banger buying guide.

The criteria is how much each car costs to maintain at different ages, from brand new to 15 years old, and there’s an average cost for each car per year. Each figure includes servicing, MOT and any unexpected repairs.

Well, here’s a favourite of ours, a BMW 5 Series, which sits at the very top of the ‘most expensive cars to fix’ list. There does not seem to be any qualification, but certainly recent-era ones aren’t a cheap fix. Indeed, a Bavarian specialist once told me that the E39 generation was the last truly fixable 5 Series. With that in mind and ignoring the fact that E39s are more than 15 years old now, let’s get ourselves a nice one for just £1500. That will bag you a 2003 520i ES with 120,000 miles. It’s got those nice star alloy wheels and automatic ’box, and being a petrol, I think it will be pretty reliable. The stats, though, say it will cost £585 a year to sort out. You might get away with it, but I’m not so sure about a 2006 530d Sport with 185,000 miles at £1950. It was a dealer part-exchange and even they admitted that it needed some TLC. 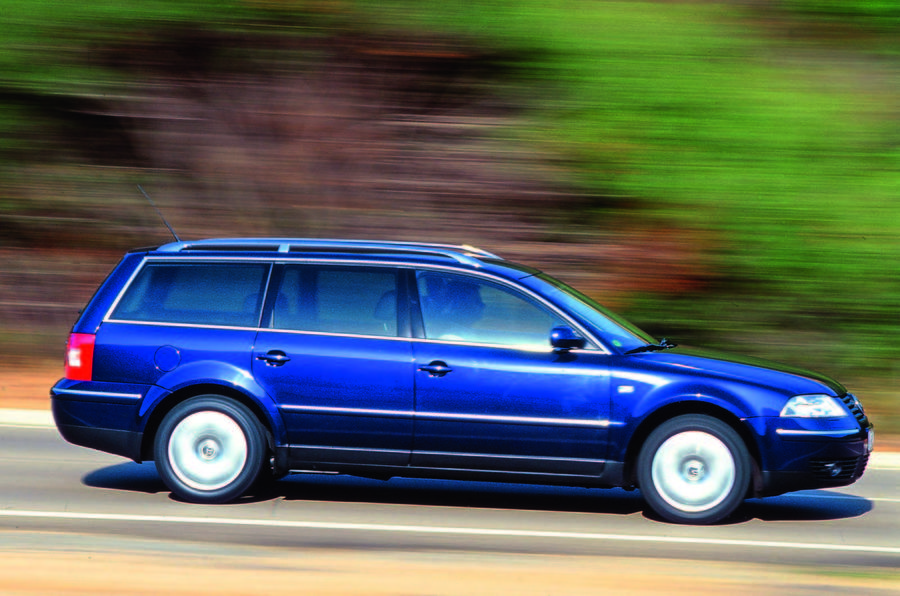 Then there is the Volkswagen Passat, with a £543 bill. That’s a surprise because they seem to gobble up huge mileages with not too much bother. Certainly, the estates are wonderful luggers. A 2002 1.8 Turbo SE with 100,000 miles, a proper old-school petrol estate with a full year’s MOT, is just £900.

After the Passat, it is more BMWs, with the 1 Series costing £518 to fix and the 3 Series £486. We’re running out of space here and obviously should have been focusing on the five cheapest cars to maintain. A Fiat Punto is at number one (£255) although, in my experience, every single used one needs at least that to struggle through an MOT.

After the Fiat comes a Peugeot 206, then a Mercedes A-Class, Citroën C4 and Renault Mégane. Actually, those French cars always seem to need a lot of fettling after the first year of ownership. Maybe, though, it didn’t amount to more than £250.

What we take away from this is avoid premium-brand used cars. 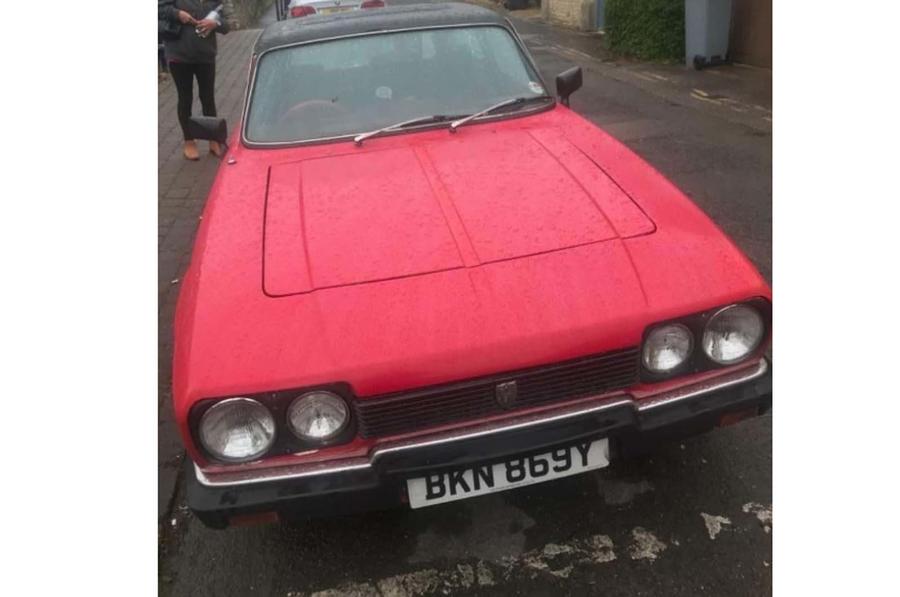 Reliant Scimitar: Some people sell their car because they fancy a change, others because they’re worried it’s about to go pop, but the seller of this 40,000-mile, 1982 X-reg Scimitar 2.8 GTE auto, on which “thousands of pounds” have been lavished, claims he’s selling simply because he’s “unable to get in or out of it any more”. It’ll happen to us one day.

BMW 320, mileage - 83,195: Just in case you wondered, the Baby Shark failed its MOT. The horn didn’t horn. That was it. But that really didn’t matter as it’s remaining in situ at the garage to have rather a lot of other things attended to. Not the least the fact that it is not keen on starting. At least I have a spare Weber carburettor to donate. 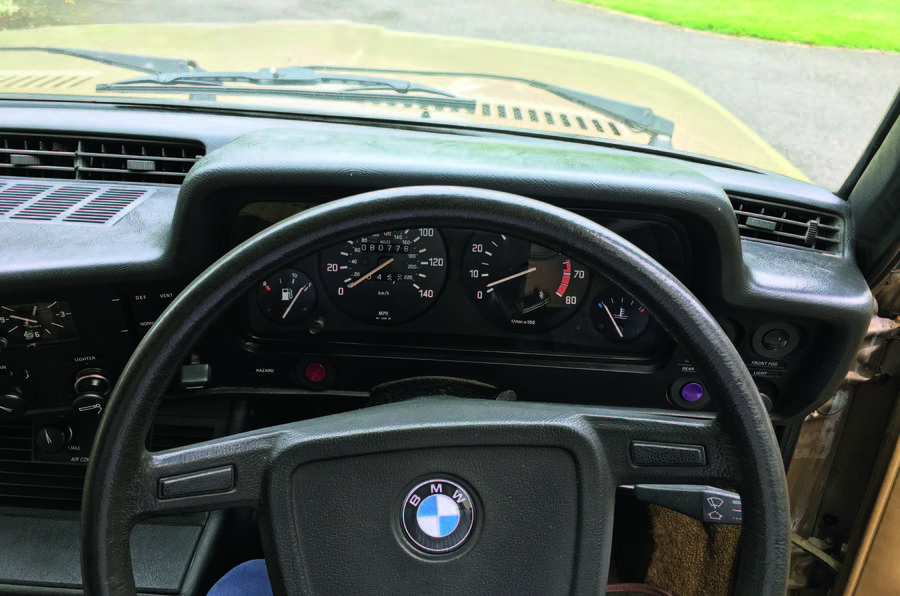 Also, the fact that 16-year-old tyres passed the MOT should be a concern and I have decided to replace them all at no small damage to my bank balance. Contributions, please, to the usual channels. “They had already advertised and sold it, but when that customer’s finance fell through, it meant it was hanging about the forecourt longer than they wanted. I stepped in and got, to my mind, a cracking deal. “The alloys need repainting. I used that as a bargaining tool and got £500 off. I traded in my 2006 Jag XJ diesel and got £1800 for that so I’m delighted.”

Question: I’ve been declined motor finance but am convinced lenders are mistaken about my situation. What can I do? Nick Rowntree, via email 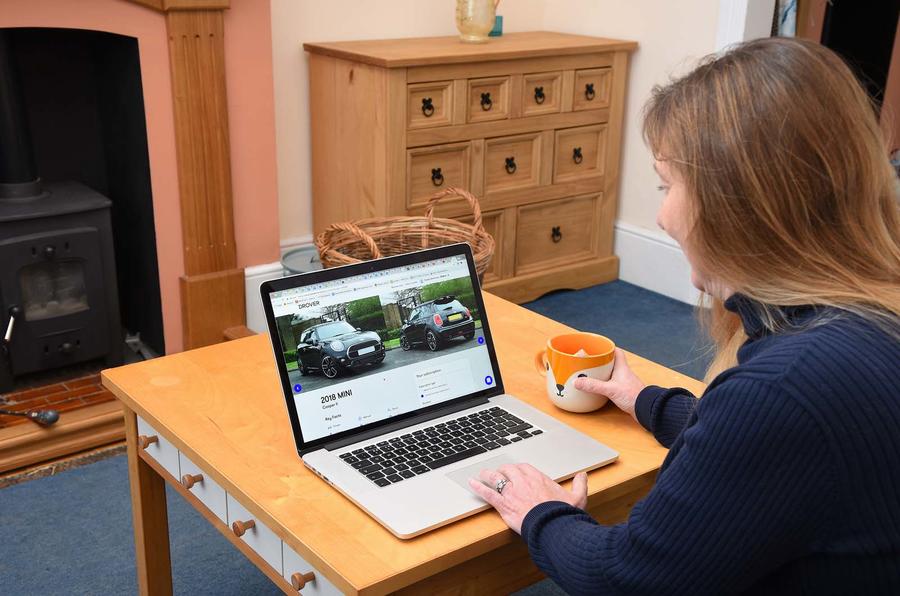 Answer: Ask the last lender you dealt with which credit reference agency they use. There are three: Equifax, Experian and Trans Union. Contact them asking to see your credit history. Ignore their request for payment: it’s a free service. You only pay for extras, if you want them. Check your file for errors or misunderstandings. If you find any, inform the agency and have a note attached explaining why you dispute them. Lenders must take this into account. Finally, don’t make multiple applications because they’ll count against you. John Evans

Question: I’m in the happy position of being able to afford a new car but should I buy nearly new instead? Sophie Whittingham, Rickmansworth Answer: Autocar sibling title What Car? recently reported that to drive sales of new cars, dealers are offering discounts averaging 7.9%, or £2595. They come on top of finance contributions, subsidised servicing and everything else, which makes that new car look even more tempting. Except that discounts and incentives come home to roost in even heavier depreciation than usual. On the flipside, they also drive down the prices of nearly new cars. Or that’s the theory. If you do take the nearly new route, ensure the car’s price reflects the impact of those big new car incentives. They don’t always. John Evans

Failure is an option: what changes in the MOT test have meant for drivers​

Being a cautious soul, I wonder, in a head-on, would I be more likely to walk, or limp, away driving a 15 year old large saloon or a 5 year old small hatchback?

Being a cautious soul, I wonder, in a head-on, would I be more likely to walk, or limp, away driving a 15 year old large saloon or a 5 year old small hatchback?

That's easily answered by EURO NCAP which has data going back to 1997. In short it depends on the car but I did quick comparison between a 1998 5 series and a 2014 Fabia and you are more likely to be limping in the BMW. Mass is a factor in a crash but modern cars are just so much better at distributing energy around the passenger cell. The BMW driver is injured by the hard points in the car being directed into the passenger cell

Totally disagree Sam. I would rather be in the old BMW or a Merc than a modern eurobox designed to pass a very specific set of tests.

The extra survival room and the stouter materials in the real world make all the difference.

I am sure that Japanese cars are really at the bottom of this list. They hardly need repair costs. The Punto mentioned here is probably horse drawn.
xxxx 9 July 2019

I am sure that Japanese cars are really at the bottom of this list. They hardly need repair costs. The Punto mentioned here is probably horse drawn.

Unless it's a Nissan Qashqai, or Pulsar, or Honda civic, or HR-V