Toyota notched up its third consecutive victory in the 24 Hours of Le Mans, with Sébastien Buemi, Kazuki Nakajima and Brendon Hartley dominating after technical problems hampered the other TS050 Hybrid.

Nakajima and Buemi both scored their third consecutive victory in the endurance classic, which this year was delayed from its traditional June date and held without spectators. Hartley, who took Fernando Alonso's place in the #8 Toyota, scored his second Le Mans win, having previous triumphed for Porsche in 2017.

The #7 Toyota of Mike Conway, Kamui Kobayashi and José María López was a match for the sister car on pace and led into the night after the #8 car lost time with a brake issue. But a 30-minute pitstop to replace a turbo unit cost the #7 car seven laps and any hope of victory.

That allowed the privateer Rebellion Racing machine of Bruno Senna, Norman Nato and Gustavo Menezes to finish second, albeit five laps adrift of the lead Toyota.

Race winner Buemi said: "We went through all the emotions during. It started badly for us, because we first suffered a puncture and then brake problems and lost two laps. At that point, we believed that we had lost all our chances of victory.

"Then a few hours later, things turned in our favour: we found ourselves in the lead and we won the race. This is proof that at Le Mans nothing is certain. "

Toyota's third victory in a row came in the final year that the current LMP1 regulations will be the top class at Le Mans. New Le Mans Hypercar rules will be introduced for next year, when Toyota will switch to racing its new GR Super Sports hypercar.

Toyota had double cause for celebration this weekend, with Elfyn Evans taking victory on Rally Turkey in his Yaris WRC. 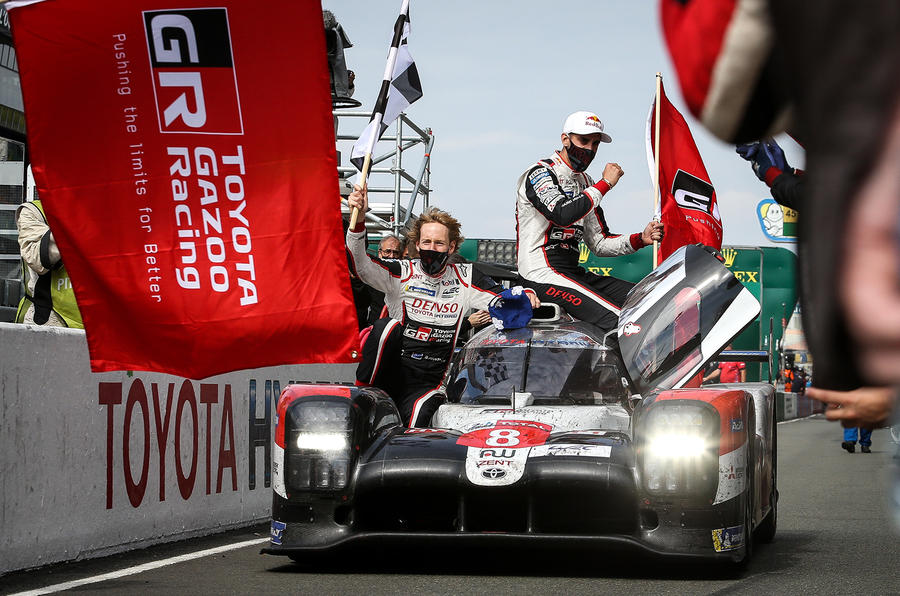 The large LMP2 field proved far more competitive than the top class, with the #22 United Autosports Oreca of Paul di Resta, Fillipe Albuquerque and Phil Hanson eventually taking honours after a long battle with their team-mates.

The other United car, driven by Alex Brundle, Job van Uitert and Will Owen, had been leading the class on Sunday morning, but an oil leak then dropped it well down the order.

The GTE Pro class may have been down on entries this year, but the competition was typically fierce, with the #97 Aston Martin Vantage GTE of Alex Lynn, Maxime Martin and Harry Tincknell taking victory after a race-long fight with the AF Corse Ferrari of James Calado, Alessandro Pier Guidi and Daniel Serra.

The Aston’s victory margin was just 1min 40sec, with the result finally showcasing the potential of the Vantage GTE after tyre issues and performance balancing hampered it in previous years.

“I won’t lie, that was emotional,” said Lynn. “I had a few tears on the last lap. So much hard work and sweat has gone into it.” 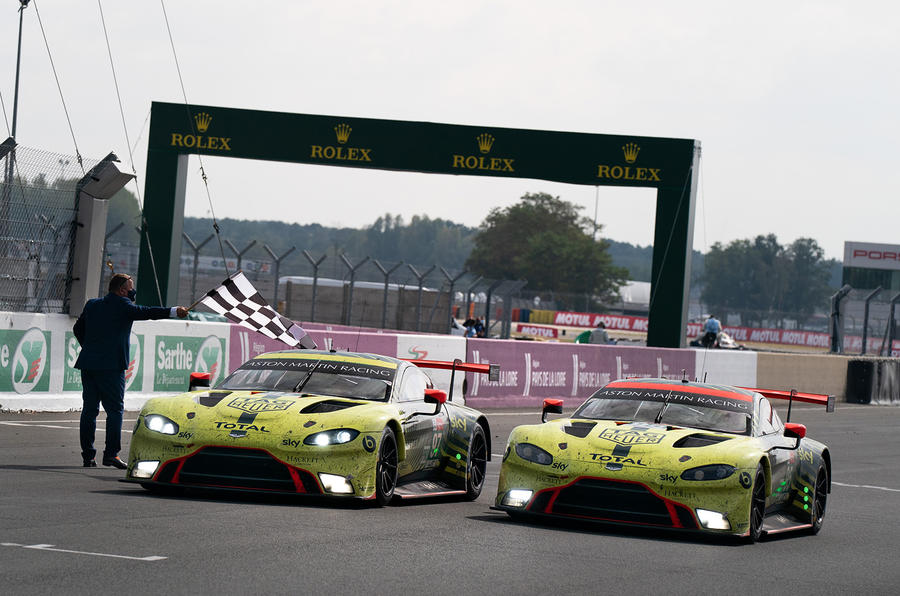 The #95 Vantage GTE of Marco Sørensen, Nicki Thiim and Richard Westbrook finished third, after losing time due to a number of small issues. But the result still secured valuable World Endurance Championship points for the ‘Dane Train’ duo of Sørensen and Thiim.

The TF Sport Aston Martin of Jonathan Adam, Charlie Eastwood and Salih Yoluç took a comfortable victory in the GTE Am division to cap a fine showing for the British manufacturer, moving into the class leads in the WEC points.

Used to be all privateer way back, not multi million dollar outfits, race at the weekend, sell it on Monday, now, you got a fair chance of knowing who is going to win.

Not a bad Le Mans, but there

Not a bad Le Mans, but there is a real lack of variety in the entries. Only 5 P1 and all but a couple of the P2's were ORECA 07's. Corvette, Ford and BMW absent from GTE. Porsche went into the race with one hand tied behind their back due to balance of performance penalties, just like Aston were last year. I would rather they were left alone and if somebody wins by miles then so be it.