The application of energy drink logos, names of prominent aftermarket parts manufacturers and stickers bearing slogans like ‘Low is a lifestyle’ or ‘My VTEC goes bwahhh’ was once something of a ritual for EP3-generation Honda Civic Type R owners, given the car’s relative accessibility and the Fast and Furious connotations that came with its Japanese performance heritage.

But peruse the classifieds today and you will find the vast majority of big-money examples (the market peaks at around £11,000-£12,000) present in full factory specification.

True, the legendary 2.0-litre K20 engine responds remarkably well to certain modifications (hence you will see plenty of examples pumping out in excess of 300bhp), but it’s a keen performer even in its base form, and one that’s none too fragile, as you would expect of a Honda unit. So the argument for preservation is strong, and it’s bolstered by the gradual rise in values as the years go by.

Part of the EP3’s cult appeal stems from it being the UK’s first official taste of a name that had already cultivated hallowed status in its home market. The Civic Type R is Honda’s Golf GTI, and although Japanese brands had previously attempted to indulge the European buyer’s affinity for rocket runarounds, it was this plucky three-door that would really light a fire under European marques such as Volkswagen and Renault. 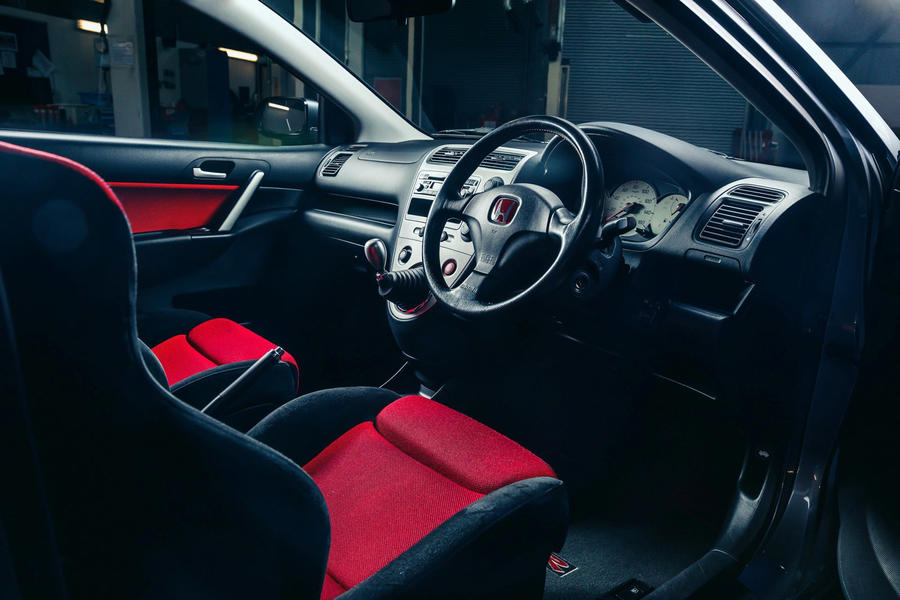 It’s a legacy that endures today, in fact: the current, FK8 Civic Type R tops our hot hatch list even now, four years since it was launched.

One crucial consideration when viewing an EP3 – and one that is increasingly important as prices rise – is its provenance. Aside from the potentially harmful effects of the aforementioned modifications, this isn’t a car that suffers neglect lightly. We would rigorously examine the MOT history of any car, regardless of its outward appearance or odometer reading, and checking that previous owners have made a fastidious commitment to regular upkeep.

That said, the engine is a durable lump if given the proper care and attention, and while it won’t muster much more than 30mpg in daily use, you needn’t baulk at the prospect of maintaining an EP3 as your daily driver. And with a 0-62mph time of around 6.6sec, you would no doubt relish your morning commute.

While it’s the factory-spec cars that fetch top dollar, some modifications help to extract the best from the EP3’s exploitable chassis and drivetrain. Chassis components from the slightly more powerful Japanese-market (JDM) model, for example, mitigate its inherent unpredictability on the limit, and you will want to invest in some trick Ferodo DS2500 brake pads if you’re considering the odd track day.

Irrespective of your plans, you want to start with a solid base, so learn what problem areas to look for and take the leap while the more ‘honest’ examples are still affordable. 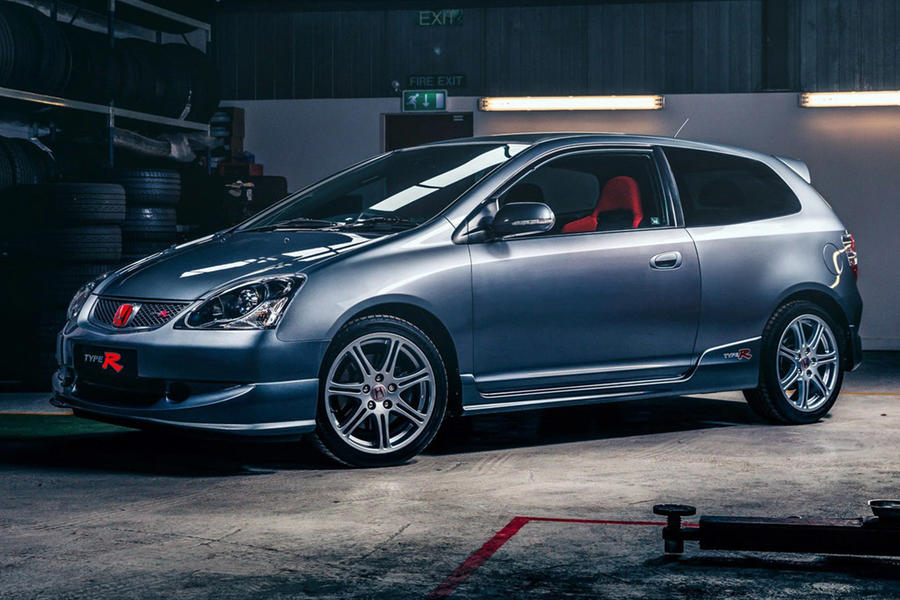 Owen Lloyd: “What’s not to like? It’s still iconic. Look at prices of used K20s: they’re going through the roof, because this engine brought a significant jump in performance over anything that went before. The EP3 is one of those cars you never mind putting petrol in. It’s incredible to drive – an absolute riot. But it is twitchy; you can see why a lot got crashed. It’s a bit like the Peugeot 205 GTi: if you back off mid-corner, it will do strange (or exciting) things.”

■ Engine: Changing the cam chain at 100,000 miles is essential and much cheaper than the new engine you will need if it snaps. If a car is due a replacement, use this to haggle. Let the engine warm up for more than 10 minutes before giving it the beans, and if you can’t feel that VTEC ‘kick’ just before 6000rpm in third or fourth, it’s likely that the oil is low, suggesting poor maintenance.

■ Gearbox: The synchros take a pounding from consistent hard use; carbon-lined heavy-duty items cost about £300. Facelifted cars had a lighter flywheel for better drivability, so it’s worth throwing one in when changing the clutch. You could also fit a limited-slip differential – one of the best possible modifications, because it improves steering feel and reduces understeer.

■ Interior: Options were few, but it’s worth finding a car with air-con (and checking the condenser is still fighting fit). Also look for 30th Anniversary Edition cars, which have comfier Recaro seats, red upholstery and tinted windows, or the post-facelift Premier Edition, which added a leather Momo wheel. The front seats are prone to wear, but you need less than £250 for a replacement pair. 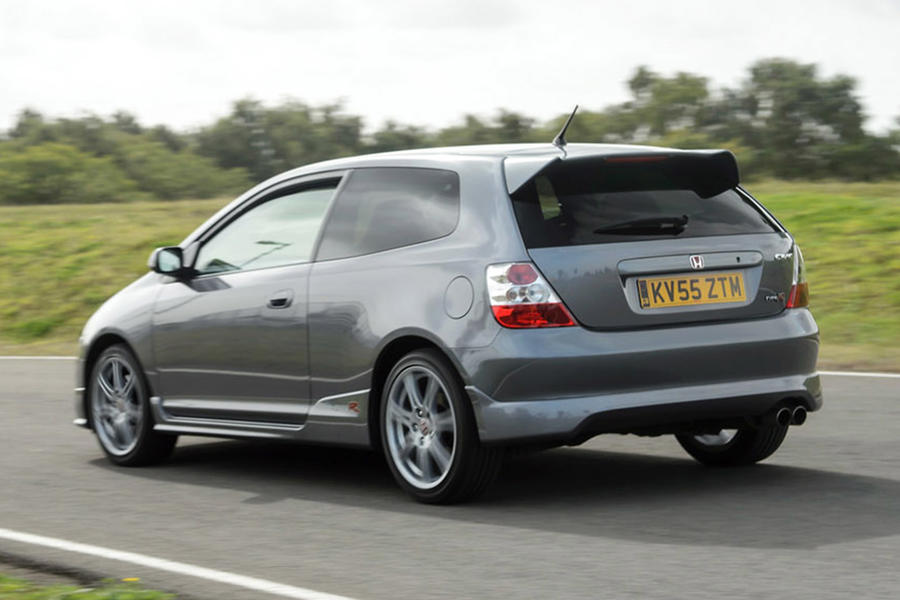 ■ Suspension, steering: The original Showa shock absorbers are prone to wear, but most will have been replaced by now. Alignment bolts can seize, causing issues down the line, so look underneath the car. Swapping in a JDM-spec anti-roll bar improves turn-in response for around £130.

■ Bodywork: If the sills or rear arches are showing rust, there are likely to be horrors lurking beneath, but a welder should be able to put things right. Facelifted cars are especially susceptible, because the arches were lined with water-trapping sound-deadening material. Expect milky headlights, the thinly painted wheels to need touching up and, on red cars, the paint to need a good polish.

Catalytic converter theft is rife, and supply of replacements is severely limited; they thus cost around £1000, so the car is usually relegated to track duties. A cat is needed for an MOT, so make sure it’s still there (you will hear if it isn’t) and do all you can to keep it so. 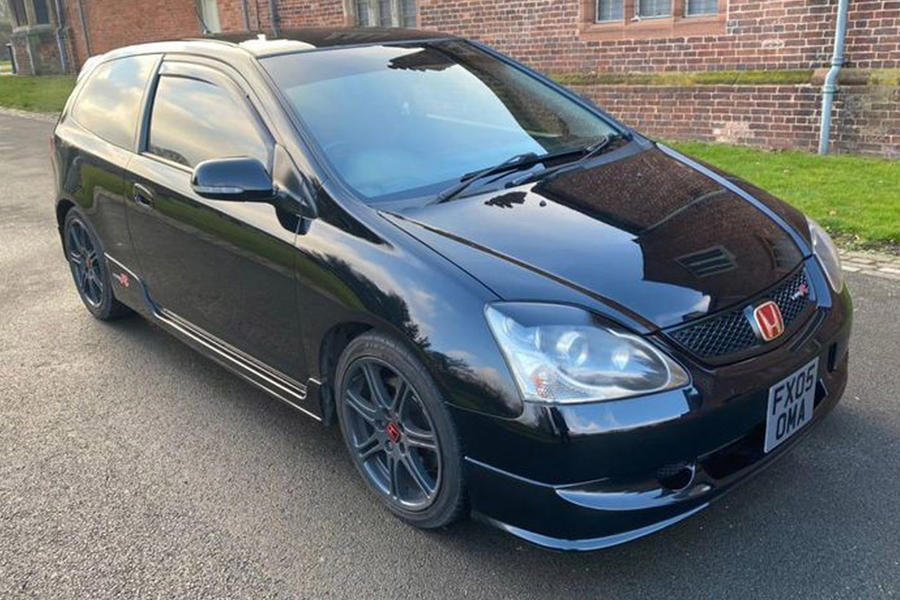 Honda Civic Type R, 2005/05-reg, 82k miles, £5999: This desirable Premier Edition has a new underseal, a year’s MOT, fresh consumables and some welcome subtle modifications. However, it’s nearing 100,000 miles yet there’s no mention of a new cam chain, so we would definitely enquire about that.

Nice quick car, good looking too, well engineered possibly over engineered beacause they downgraded it's successors engineering budget somewhat IIRC , no complaints from me that's for sure.