BACK TO ALL NEWS
Currently reading: New 2021 Honda Civic seen in hatchback form for first time
UP NEXT
New 2026 Polestar 6 confirmed as 874bhp evolution of O2 concept

The next-generation of the long-running Honda Civic is being preapred for launch next year, and new spy shots preview the hatchback body style for the first time.

The images come a few weeks after Honda first revealed a prototype version of the Honda Civic saloon. That’s not expected to come to the UK this time, due to slow sales of the current saloon, but the five-door hatchback is expected to launch here in the second half of next year.

The camouflaged prototype, registered and testing in Germany, sports a front-end look unsurprisingly identical to that of the saloon. However, it’s all change from the C-pillar back, where the Civic seems to have a fastback-style sloping roofline markedly different to that of the current model.

The new car also appears to ditch the controversial spoiler that cut across and divided the rear screen in the past three generations in favour of a cleaner look. Slimmer tail-lights also feature, while the fake vents and diffuser of today’s Civic seem conspicuous by their absence. 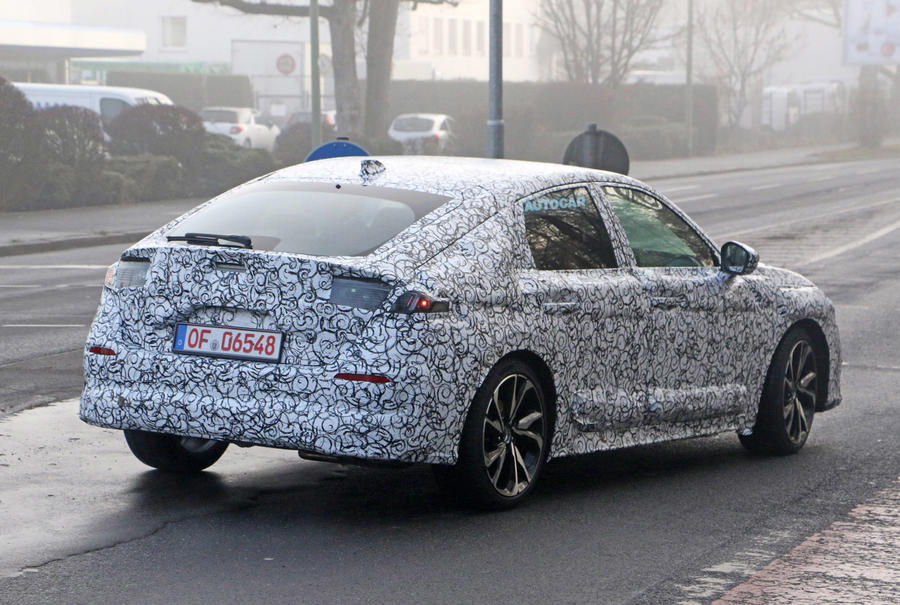 A teaser sketch of the saloon’s interior, which will be unchanged in the hatchback, shows a more minimalist design approach than today’s model, too. A one-piece air-vent strip runs across the length of the dashboard, while rotary climate control knobs show that Honda hasn’t fully ditched physical switchgear yet.

Details of the new Civic’s mechanicals are scarce at this stage. What we do know is that Honda plans to electrify its mainstream line-up in Europe by 2022, and that means every Civic (except the 2022 Type R) will use a variant of the firm’s e:HEV petrol-electric powertrain.

Found in the Honda Jazz and Honda CR-V, this declutches the petrol engine from the wheels in hybrid mode, using it as a generator for the electric motor, and reconnects it to a single-speed (not CVT) automatic gearbox only under higher loads.

In the Jazz, it puts out 107bhp and 187lb ft combined, but expect that to increase substantially for the Civic.

It's currently unclear where the new model will be built. The facility that builds today's Civic, Honda’s Swindon plant, will be closed later this year. Reports suggest production will return to Japan (the Civic saloon is also built in North America and Canada), allowing the UK to take advantage of its newly established trade deal with the country.

Log in or register to post comments
si73 7 January 2021
However, it’s all change from the C-pillar back, where the Civic seems to have a fastback-style sloping roofline markedly different to that of the current model.

Really? looks remarkably similar to the sloping fastback style roofline and tailgate of the existing model to me. I personally like the current model, my son's 2017 SR looks very sporty in red and is a good looking car in my opinion, the images of the new saloon show it to look a bit mundane and beige.

Hope it's less ugly than the present one...

Lawrence Allan states that "the five-door hatchback is expected to launch here in the second half of next year" but then adds that "Honda plans to electrify its mainstream line-up in Europe by 2022, and that means every Civic (except the 2022 Type R) will use a variant of the firm’s e:HEV petrol-electric powertrain."

I therefore reckon, with respect, that some clarification would be helpful: is Autocar saying that the eleventh-generation Honda Civic range will be launched here in the UK during H2/2021 as a MY22 model or in H2/2022 as a MY23 model?

My own understanding is that the former is correct - I wonder, then, if the confusion can be attributed to the article being written in December 2020 and only published this month without being sub-edited to reflect the year change...