BACK TO ALL NEWS
Currently reading: Buy them before we do: second-hand picks for 5 February
UP NEXT
New Aston Martin DBR22 is £1.5m, V12 speedster

Buy them before we do: second-hand picks for 5 February

Quirky cars tend to hold their value on the used market, and they don't come much quirkier than the Suzuki Jimny
Open gallery
Close

If one thing’s for certain in the unpredictable world of used car prices, it’s that the more unusual a car is, the more likely it is to hold – or even increase – its value as time goes by.

And if you needed evidence of that, look no further than the third-generation Suzuki Jimny, of which there is no shortage in the classifieds yet which still generally commands a healthy proportion of its original list price.

That’s largely because if you want a small, fun off-roader that’s also up for the odd urban foray, little else comes close.

Of course, a new model has arrived (and departed again, at least in four-seat guise) since this bite-sized brawler went off sale, but such is the Jimny’s commitment to utility and charm that you barely miss out by opting for an older example.

You would do well to avoid the Santana-built soft-tops, because the five days per year you can enjoy open-air motoring will be overshadowed by the 360 days spent chasing leaks, battling rust and sourcing rare parts. 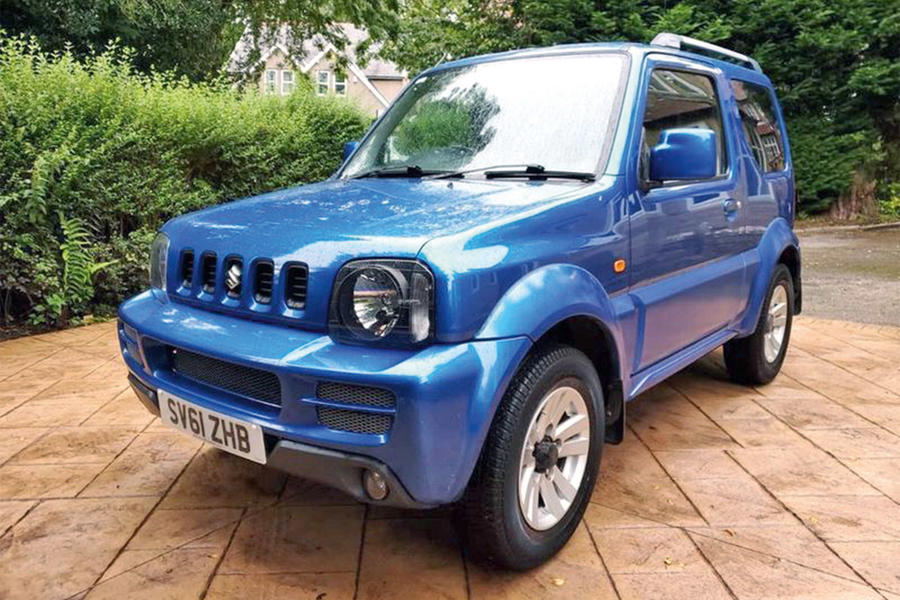 We’ve gone for a delightful 2011 hard-top example that has covered around 3000 miles per year (all safely on the road, we would wager), doesn’t appear to have a single scratch or ding and is specified in top-of-the-line SZ4 trim – meaning it features black leather-style seats, alloy wheels, electric windows and reassuringly chunky-looking roof rails. The Jimny already seems a sound investment; throw in a low mileage and a hefty kit list and you’re all but guaranteed not to lose your hat in the next few years.

Controversially, our car of choice is also equipped with a four-speed automatic gearbox, and that’s because driving a Jimny can often be – and we say this in the nicest possible way – a bit of a chore, so assistance when it comes to shifting is welcome. Besides, with just 83bhp on tap from a naturally aspirated 1.3-litre motor, this is no driver’s car, so give your left limbs a break.

Because we’ve gone for a later car, we will benefit from variable valve timing, which offers a slightly broader torque range for more relaxed cruising and improved low-speed behaviour, and there’s the benefit of ULEZ compliance for when you need to pop back to civilisation.

As is true of even the newest Jimnys, this is a perfectly capable and truly lovable all-rounder. Just stay well clear of motorways… 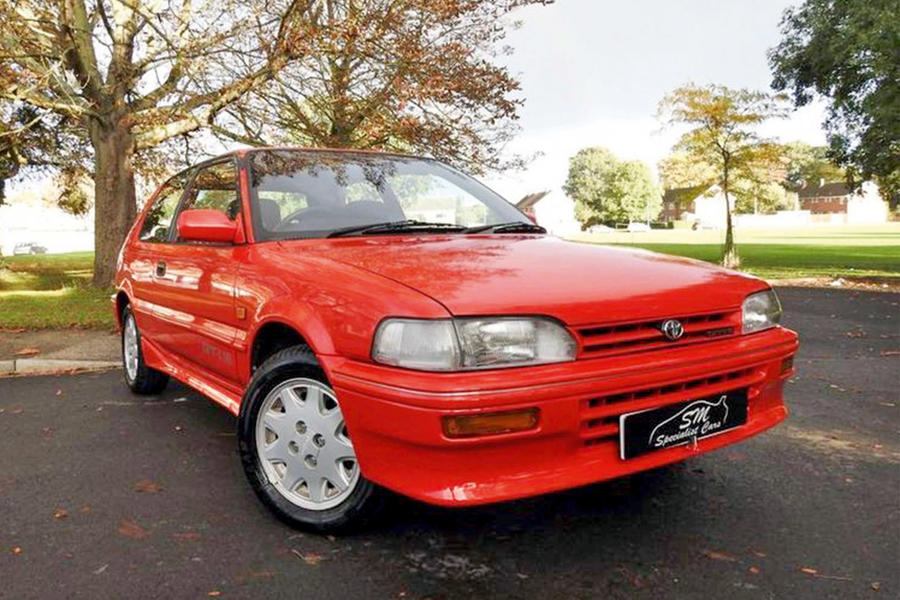 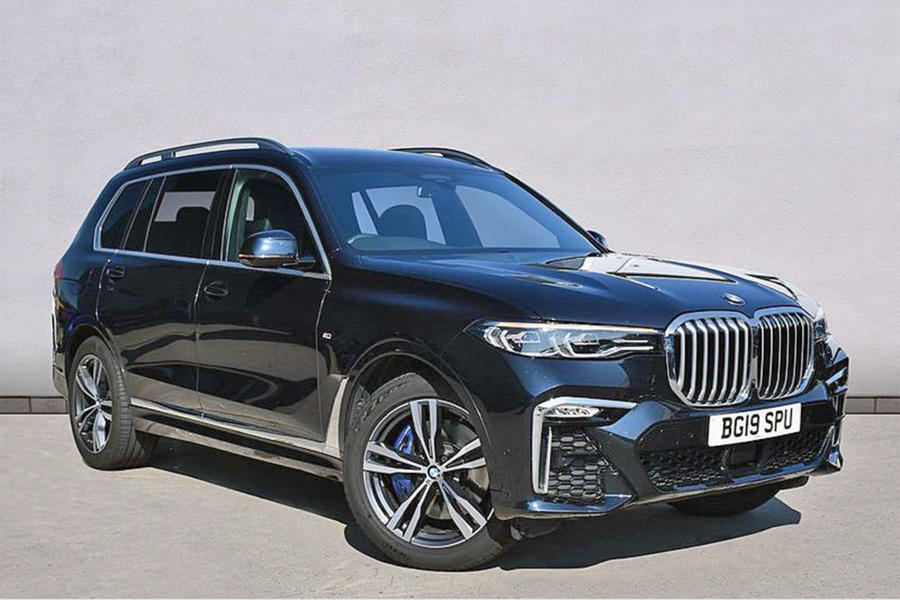 BMW X7 xDrive40i M Sport, £60,000: Depreciation is a curious thing. A new X7 of comparable specification would cost around £80,000, or you could buy this 2019 example with just 10,000 miles for 25% less. The petrol engine, Tech Pack and M Sport styling make it an especially canny purchase. 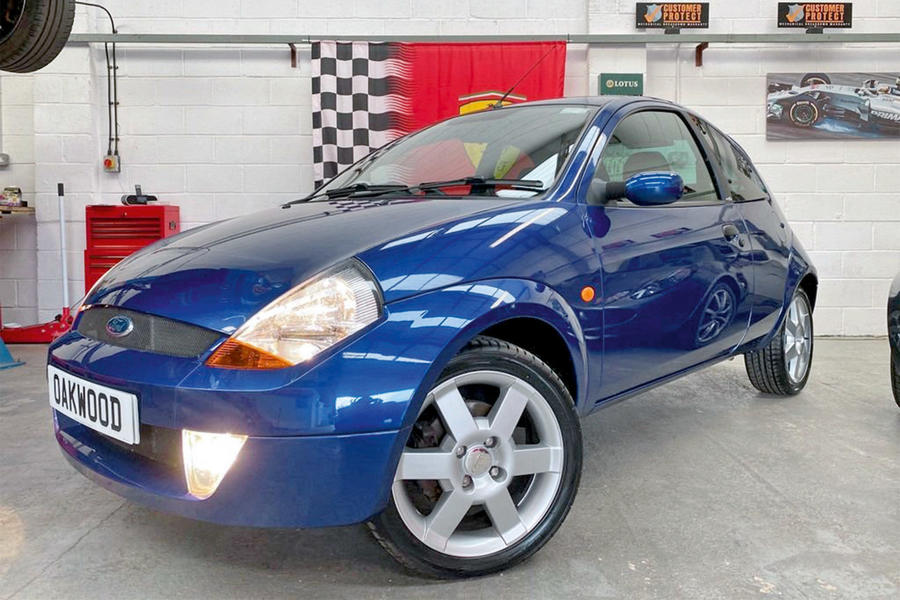 Ford SportKa, £5990: A pleasingly comprehensive advert for this slice of New Edge naughtiness, but only two words really matter: “no rust”. Even the rortiest and rarest Ka can’t outrun the notorious tin worm, but this one-owner, 25,000-mile example looks structurally sound. 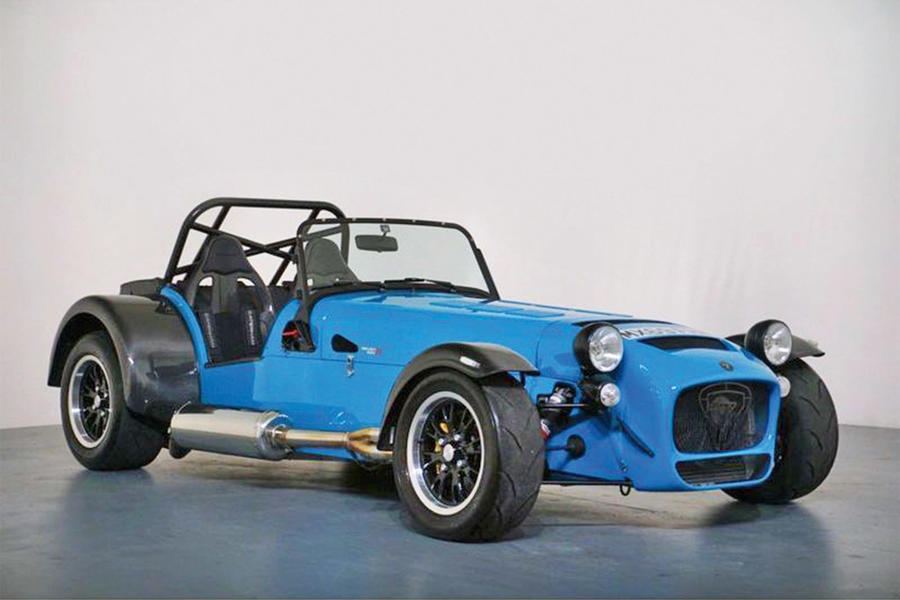 Caterham 620R, £54,900: When the sun comes out and the open road eventually beckons, you’ll want to be prepared. Make up for many months of lost apex hunting with this 310bhp, 572kg sensory stimulant; just don’t expect it to accommodate much essential shopping. 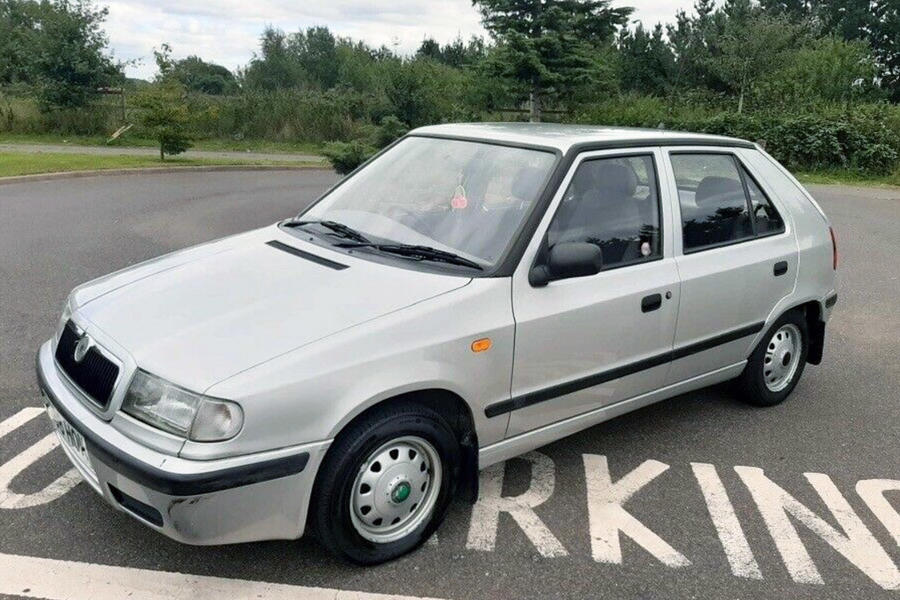 Skoda Felicia 1.3: The precursor to the Fabia was the first Skoda built under Volkswagen ownership and as such represented a significant leap forward from the brand’s entirely homegrown efforts. It was also the last outing for Skoda’s own 1.3-litre 8v engine, which in this £500 example from 1999 produces 67bhp, making it ripe for service as a first car. 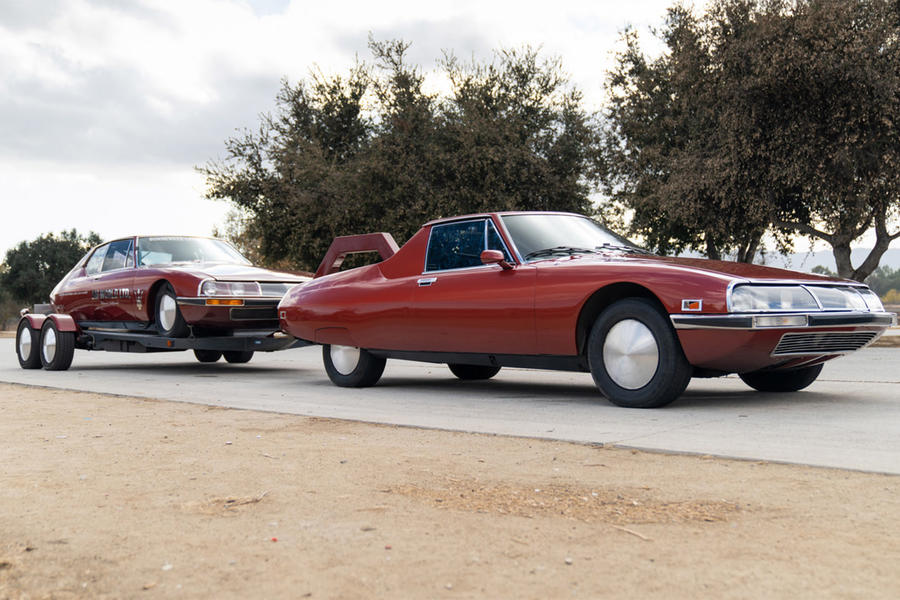 Citroen SM Land Speed Racer Trio: The Maserati-engined Citroën SM is rare and collectible even in standard guise, this one-off pick-up version more covetable still and, oh, what’s that it’s towing? Just the fastest Citroën of all time is all. Jerry Hathaway hit 200mph with his heavily upgraded SM in 1985, and although its record-chasing days have long since passed, it remains in running condition and draws a crowd wherever it goes. Even the trailer is bespoke; it can be raised or lowered on command, courtesy of its hydraulic suspension. The Rig, as the trio is known, is expected to garner between £73,000 and £147,000. 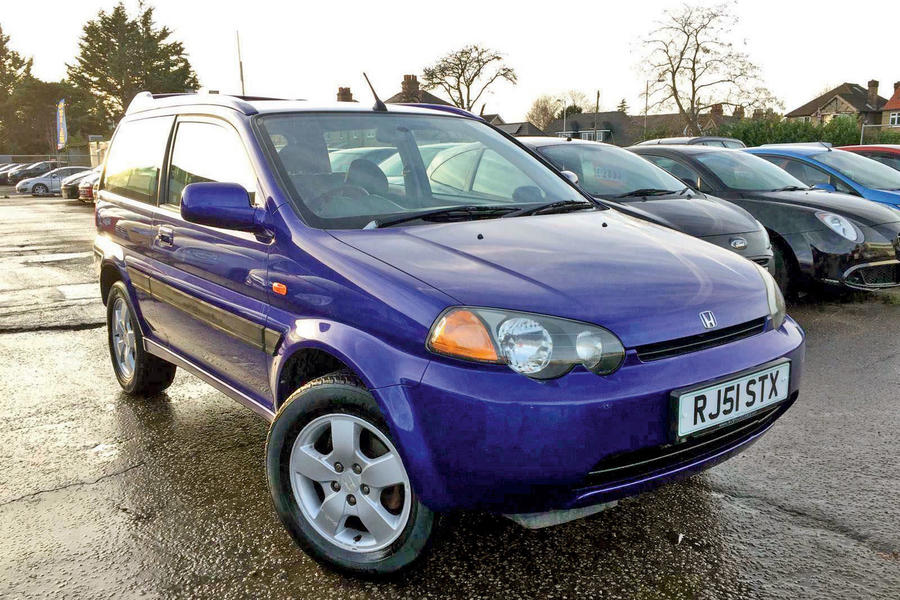 Honda HR-V, £1495: The current Honda HR-V has been taken off sale and the next-generation car looks like quite the departure, which has got us thinking about where the model’s origins lie. Back in the late 1990s, crossovers weren’t the ubiquitous sales stalwarts that they have become today, which made Honda’s blocky high-rider even more eye-catching, and still its prominent jaw, blobby headlights and needlessly sizeable rear spoiler can tempt a double-take. At £1495 and with an options list covered in ticks, this handsome two-door car from 2002 seems worth a punt. 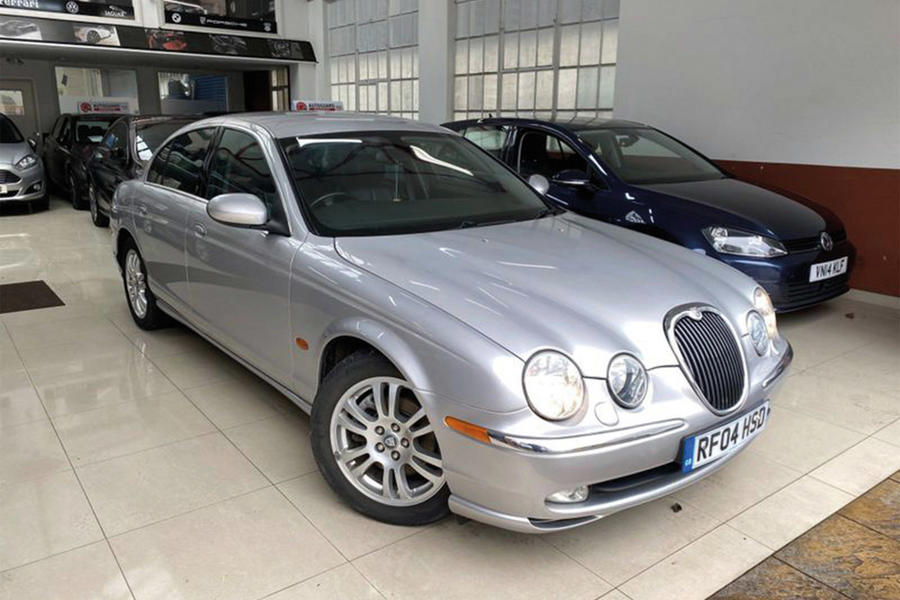 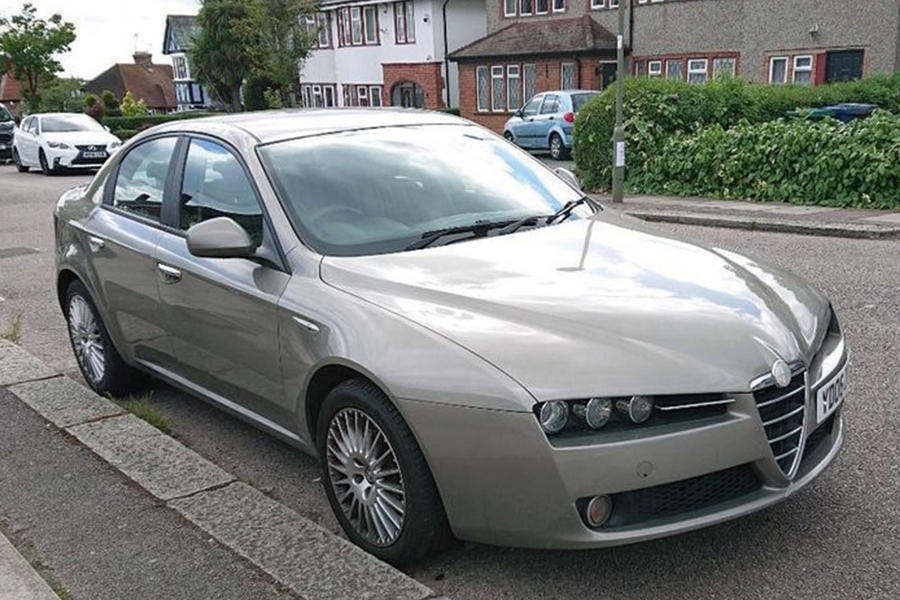 Max Adams: Jaguar always used to make the best sporting saloons, and underneath its retro body my tidy S-Type is another fine example of the breed. It has covered only 72,000 miles, comes with a full service history and has had only a couple of owners. Plus, it’s rear-driven, just like saloons should be.

Felix Page: Alas, my front-driven Alfa Romeo 159 won’t be joining your Jag at the next drift club meeting, which will be a shame for all attendees, given that it’s among the finest-looking cars of its era. It’s a bit of a porker, granted, but its torquey 2.4-litre diesel engine is one of the most reliable motors ever to leave Milan.

MA: That’s not saying much, though, is it? I would be more worried about the front subframe of your car crumbling to dust – although maybe you’ll get lucky and an oil leak will prevent it from rusting.

FP: If only it were your S-Type’s twee front end that were prone to dissolving. I don’t think my 159’s current owner would have bothered fitting new front suspension if the frame was on its way out. And besides, how can you call that Jag a ‘proper’ saloon with its bite-size boot and cramped rear seats?

MA: Yours is no better in those regards.

FP: Ah, but half of my car won’t always be occupied by nine irons.

MA: Go on then, James, which of these booted beasts takes your fancy?

Verdict: Fine choices both, but it’s the Alfa for me. Grazie mille.