BACK TO ALL NEWS
Currently reading: Nearly new buying guide: Mercedes-Benz E-Class
UP NEXT
MST Mk1: Is this the ultimate rally recreation?

Who’d have thought the old Stuttgart taxi would have morphed into the sumptuous thing it is today, with its Mercedes S-Class-aping looks, lashings of tech, a sophisticated drivetrain and soothing road manners? The Mercedes E-Class is not quite as driver focused as a BMW 5 Series but then not every exec wants to show a clean pair of heels.

Although we’ve named the more powerful 3.0-litre V6 diesel E350d as our pick (it was replaced by the straight-six E400d in 2018), the E220d is no consolation prize. Its 2.0-litre diesel produces 192bhp. Driving the rear wheels through a nine-speed automatic gearbox, it’s good for 0-62mph in a respectable 7.3sec. Expect around 50mpg.

Click here to buy your next used E-Class from Autocar

SE trim has most of the kit people expect, including a media system with sat-nav and digital radio, a reversing camera and even leather seats. It’s the great all-rounder (if you need more grip, there’s a four-wheel-drive 4Matic version) that’s ideal for not only airport drivers but families, too. Haggle the best price you can because there are stacks of used ones around, although not as many as there are AMG Line versions. This is the trim that, thanks to its AMG bodykit and larger alloy wheels, elevates the E-Class from elegant taxi to something tastier. It costs around £2000 more than SE. 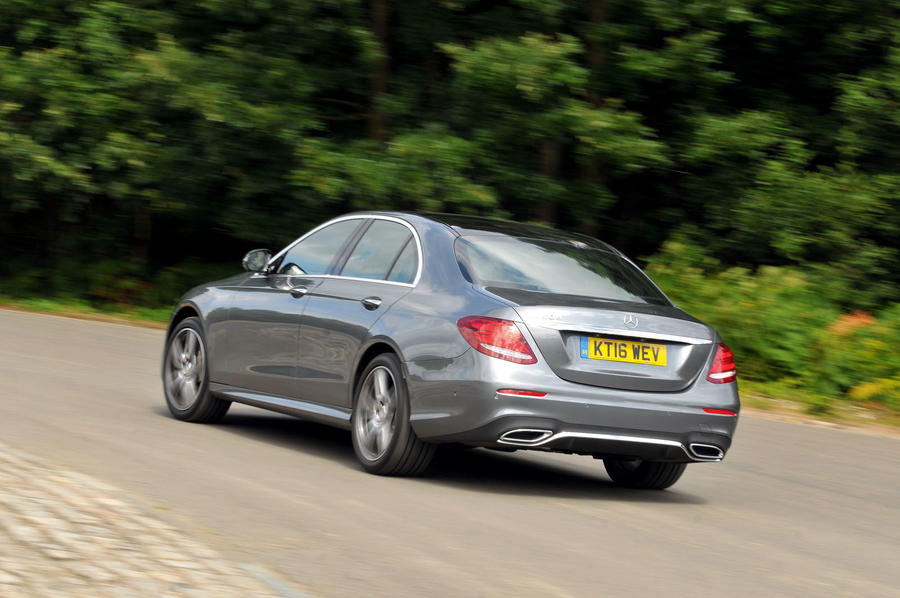 We’ve mentioned the E350d and E400d – both deliciously smooth and unruffled motorway expresses but with a 40mpg thirst. Next up is the E 300 de diesel plug-in hybrid. It was launched in 2018 and aimed at those seeking E350d performance with lower tax bills and better economy. It also has a 34-mile electric-only range. New, it cost £47,700 but we found a low-mileage 2019-reg one for just £33,000. It could be a shrewd choice for a private diesel buyer.

Petrol versions are represented by the E200, the E350e and its successor, the E300e. With 184bhp on tap, the E200 is reasonably powerful but you’ll miss the E220d’s longer legs and lower thirst. The E350e and E300e plug-in hybrids might suit a low-mileage driver in search of a decent turn of speed and a free pass to London’s low-emissions zone but economy is only in the mid-30s. 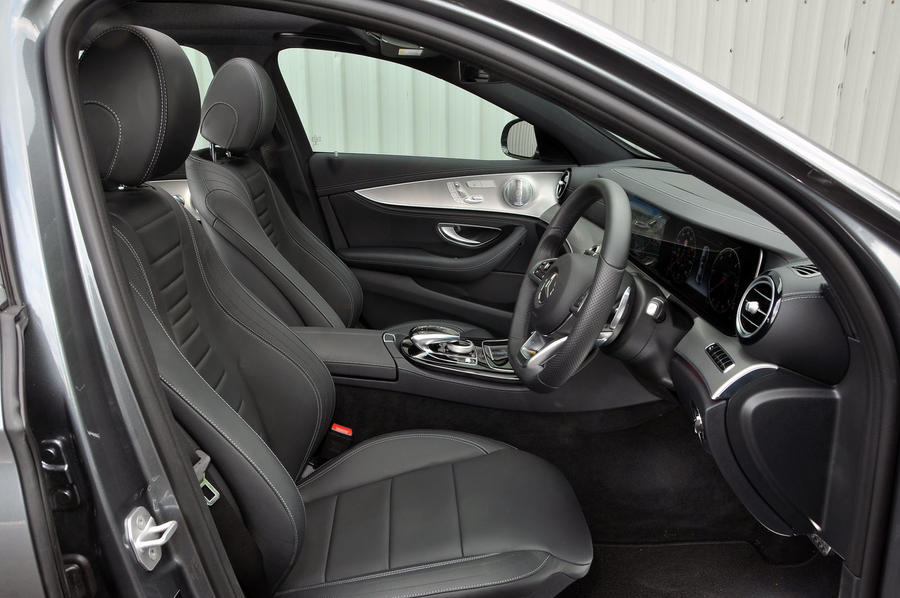 Which just leaves the mighty Mercedes-AMG range of E-Class saloons. The E43 and more powerful E63 and E63 S versions, all with 4Matic four-wheel drive, were launched in 2016. The E53 followed in 2018. They’re super-saloons with super-size running costs but a 2016-reg E63 with 35,000 miles for £29,995 could make an entertaining alternative to a new, mid-spec SUV.

AMG Line: One better than SE, with AMG-branded alloys, bodykit and electrically adjustable front seats. A kind of BMW M Sport equivalent. Without the AMG engine, if you can live with that.

Brakes Inspect pads and discs for excessive wear. Juddering under braking is a reported symptom of accelerated disc and pad consumption.

Interior Trim rattles and problems with the air conditioning system have been reported. Command system Traffic Announcement service can be flaky.

When buying a 2016-reg, be careful you don’t plump for an old model by mistake. They look similar but a big clue is the open lower grille of the newer car and the automatic gearbox has nine speeds rather than seven.

Mercedes E350d AMG Line: Not as plentiful as the E200d but worth the hunt for its smooth, lustier, six-cylinder diesel and standard-fit air suspension. Or try its replacement, the E400d.

Is Artico also known as vinyl?

My wife has it in her GLA and its totally acceptable. It was a bit crappy looking in the 2008 C Class so the E class may be rubbish as well that said, like all leather interiors hot in summer and freezing in winter. I much prefer my Alcantara interior.

Totally agree. The E class is a lovely car but finding a used one in a great spec is hard work. Autocar gets given fully loaded AMG spec versions to test but then recommends SE spec without including a single image of one... I am not a fan of digital dials but the standard dash is truly horrid.