From £23,5908
The second four-door version of the A-Class sticks to the same formula as the hatchback – and largely gets it right
Open gallery
Close

Why? China and North America are the primary reasons for the need for a more conventional A-Class saloon, where the swoopier CLA sacrifices just too much practicality for style. The CLA, a big commercial success in its first generation, still keeps its place in the line-up, Mercedes taking the opportunity to dial up the driver appeal - with decidedly mixed results, as our recent road test has revealed. 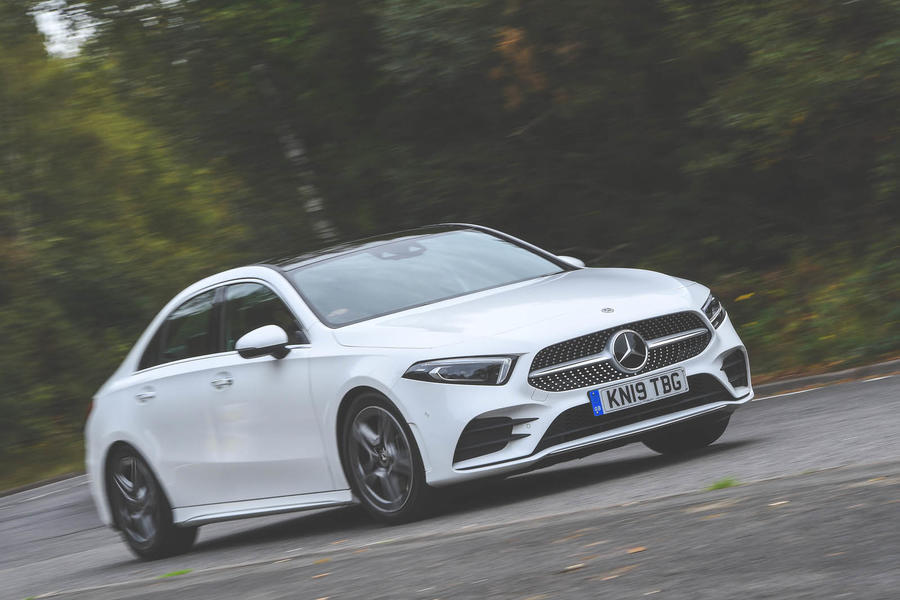 That then leaves the A-Class Saloon to simply play the role of being an A-Class with a boot without the need to try and also be a coupé or any other kind of niche. Three boxes, five seats: an age-old formula.

Tested here is the mid-upper range A250, which uses a 221bhp 2.0-litre turbo petrol unit, decked out in range-topping AMG Line trim.

Lovely looking car, isn’t it? There’s something inherently classy about a well-designed saloon car that even the prettiest hatchback can’t get near. Looks are of course subjective, but in its transformation to a saloon, the A-Class now oozes style on the outside as well as the inside.

Dynamically, the A-Class Saloon is very similar to the hatchback. That’s not surprising: the two share the same wheelbase (although the overall length is up 130mm) and the weight increase is marginal. As with the hatchback, models higher up the range, such as this A250, use multi-link rear suspension, rather than the torsion beam setup of the entry-level variants. 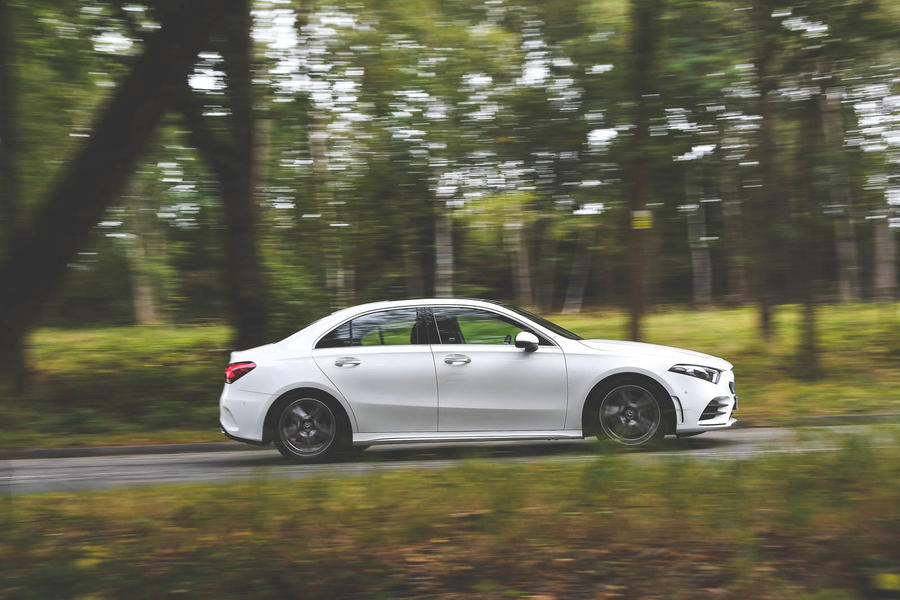 While Mercedes may have tried to up the driver appeal of the CLA with a sportier tune, the more relaxed setup and manners of the hatchback are carried over to the A-Class Saloon. Think Volkswagen Golf-style dynamics, albeit with a slightly inferior ride quality, to best describe where this car is pitched. It’s a quiet and comfortable car to drive, the kind that concentrates more on having nice control weights than razor-sharp driver involvement.

Performance is impressive from the 2.0-litre engine. Brisk off the line and with plenty of torque in the mid-range to aid overtaking, it’s one of the car’s standout features. Real-world economy runs into the low 40mpgs, too, another plus point in an engine that’s not wanting for performance. Yet the problems with the seven-speed auto 'box in this fourth-generation A-Class range persist. It’s too hesitant and lacking in intuition to really allow you to fully exploit the wide talents of the engine.

The interior is a carbon copy of the hatchback's in the front, meaning the finest, plushest design in the class. Whether it’s also the finest usability in the class comes down to personal tastes, with the left of two large 10.25in screens of the AMG Line trim being operated by touch, gesture or voice. It can be an intimidating system at first, much like when you get a new phone or computer, but it doesn’t take too long for it to become intuitive.

The boot of the A-Class Saloon is 420 litres, some 45 litres more than that of the hatchback. It’s a big, wide, usable space, and there’s a further practicality boost with nice wide door openings for rear passengers.

Such is the vastness of the Mercedes range that it offers two very similar cars in the A-Class Saloon and the CLA. And thankfully if you have your eye on a four-door baby Merc, it has at least got one of the pair right.

There are still shortcomings in some areas of this saloon, most notably the transmission and a ride quality that could and should be better, but it’s a better car than the CLA, as well as the ageing Audi A3 Saloon, the only car from another brand that it can really call a competitor. 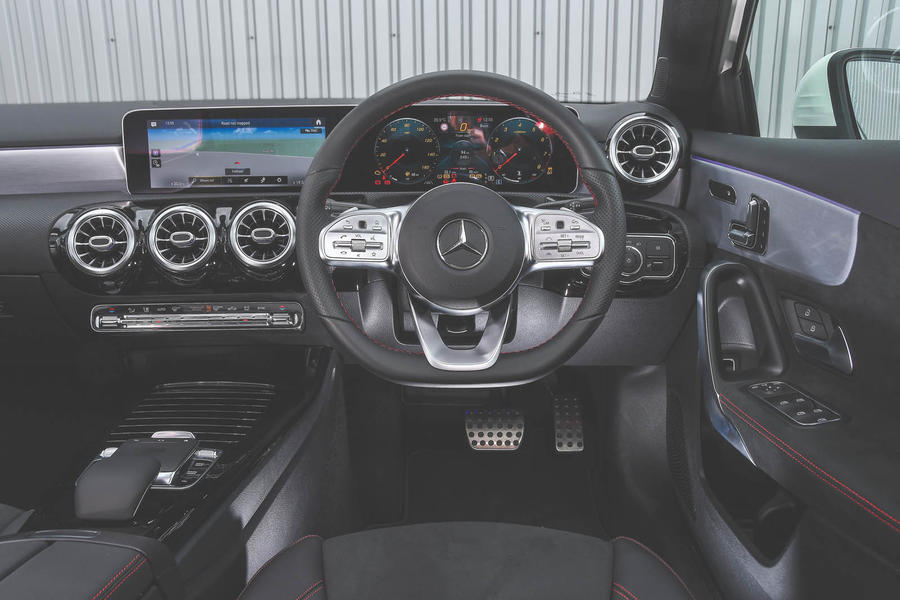 It is a good looking car,

It is a good looking car, always have preferred saloons over hatches styling wise which is why I think voyager12 has hit the nail on the head, if it still had a hatch making it a fastback like an Octavia or i30 fastback you'd have the best of both worlds, better styling with added practicality.
Bristolbluemanc 17 September 2019

Autocar, please get rid of the spam.

which looks like it is trying way too hard. Genius would have been if Mercedes had swapped the bootlid for a rear-hatch, like the Peugeot 508 has.