BACK TO ALL NEWS
Currently reading: New Mercedes-Benz GLE Coupe 4Matic on sale from £72,530 in UK
UP NEXT
Ford backs call for European ban on new ICE cars from 2035

UK pricing and specifications have been announced for the second-generation version of the Mercedes-Benz GLE Coupé, ahead of the model's arrival in dealerships in spring 2020.

Prices for the re-engineered BMW X6 rival start from £72,530 for the entry-level GLE 400 d 4Matic equipped with the AMG Line Premium Plus package, and rise to £80,615 for the AMG-tuned GLE 53 4Matic+ performance model. First customer deliveries are expected in summer 2020, with additional trim packages expected to be available nearer the time.

The standard car is equipped with a 3.0-litre straight-six diesel motor producing 325bhp and 516lb ft, with the firm's EQ Boost hybrid technology allowing for temporary boosts of 22bhp and 184lb ft. Fuel economy is quoted at up to 37.6mpg combined, with a certified emissions rating of 193g/km. The SUV can accelerate from 0-62mph in 5.7 seconds and on to a top speed of 149mph.

As standard, AMG Line Premium Plus trim brings a pair of 12.3in digital infortainment displays, Apple CarPlay and Android Auto, a Burmester surround sound system, 22in alloy wheels, a panoramic sunroof and a range of advanced driver assistance programmes. An optional towing package - allowing for a towing capacity of 3500kg - is available for an additional £1150. 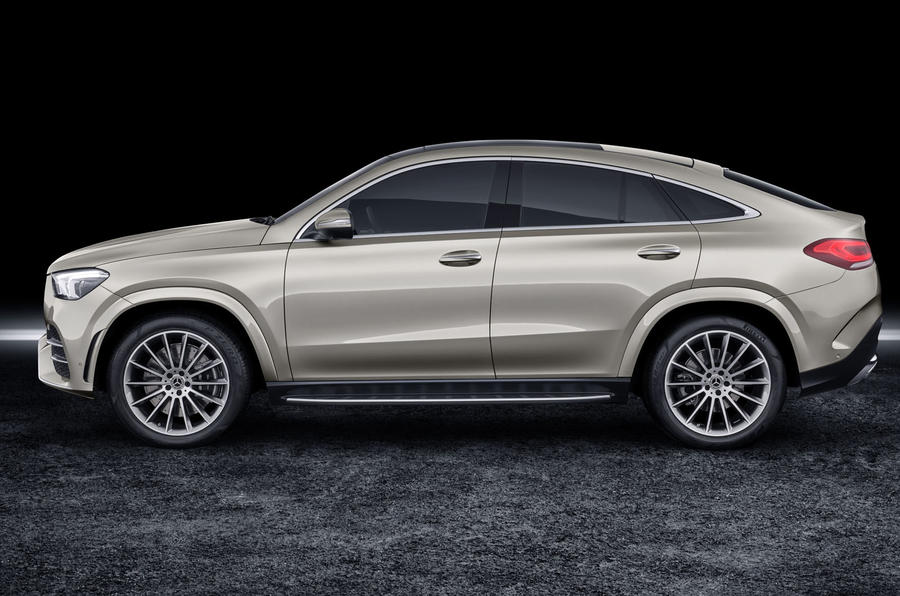 The top-rung AMG model's straight-six engine is petrol-powered, bumping power up to 429bhp for a 0-62mph time of 5.3 seconds and a top speed of 155mph. Additional equipment over the standard car includes AMG's active ride control technology, AMG steering wheel controls and a smartphone app which analyses journey and performance data.

The newcomer raises the number of Mercedes SUV models to eight, indicating the significance to the brand of a sector that accounts for a third of its global sales. The GLE Coupé joins an ever-growing segment of style-focused variants of traditional high-riding models and can also count the Porsche Cayenne Coupé, Audi Q8 and Range Rover Velar as competitors.

Despite sharing its underpinnings with the standard Mercedes-Benz GLE, the GLE Coupé is 15mm longer and a substantial 63mm wider. Its wheelbase is 20mm longer than the previous version’s but is still 60mm shorter than the GLE’s. Mercedes claims this benefits handling and visual proportions. The roof height is 1722mm, 56mm lower than that of the standard model. Mercedes says aerodynamic efficiency has improved by 9% compared with its predecessor.

From the bottom of the A-pillar forwards, the GLE Coupé looks nearly identical to the GLE, but from there back, it’s entirely different, with a steeper windscreen and rear window rake to account for that sloping roof, plus a bespoke rear-end shape. Wheels come in sizes from 19in to 22in, depending on the car’s spec.

The interior of the GLE Coupé shares almost everything with its sibling, too, with the same dashboard layout dominated by two 12.3in screens and a raised centre console with integral grab handles. However, sports seats and a nappa leather sports steering wheel are standard fitments in the Coupé. Amazon Music streaming will also be available at launch.

Mercedes claims the new car offers “tangibly more room” and a “significantly better sense of spaciousness” than its predecessor, thanks to the longer wheelbase and larger door openings. Storage capacity has increased, too. In seats-up form, the boot is only five litres larger than the old car’s, but with the 40/20/40 split folding rear bench down, that increase rises to 70 litres. The loading sill is lower than before, too, and the air suspension can drop the rear by a further 50mm at the press of a button. 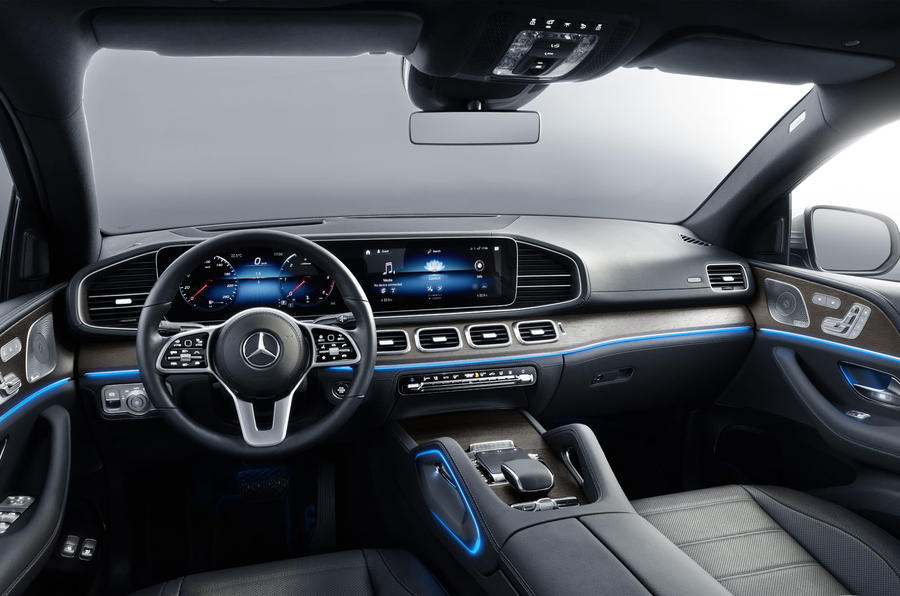 The chassis of the GLE Coupé is said to feature different tuning from its sibling, which is aimed at offering a “sportier and tauter” driving experience, with the air suspension fitted as standard on UK cars. The same 48V E-Active Body Control system is also available, which includes the ability to individually control spring and damper forces at each wheel.

Only 7 air vents on the dash

Only 7 air vents on the dash ? I m sure they could have squeezed in more.

Only 7 air vents on the dash ? I m sure they could have squeezed in more.

Only 3 shapes for all the air vents, I am sure they could have squeezed in more.

Yet another ridiculous niche.

Yet another ridiculous niche. With all that bespoke bodywork, it can't be cheap to produce either