BACK TO ALL NEWS
Currently reading: Used car buying guide: Renault Wind
UP NEXT
New Morgan Plus Four CX-T is rally-ready sports car

The Renault Wind, the two-seat coupé-cabrio with a chassis tuned by Renault Sport, is a rare sight on UK roads but we say finding a reliable one is a breeze
Share
Open gallery
Close
Share story

A lot of wind circulates around the nation’s garages but rarely of the Renault variety.

“Never seen one” was the response of most mechanics we spoke to when seeking mechanical insights into the Renault Wind. Most but not all. In any case, they should be bracing themselves for a flood of the things.

The Wind, a compact two-seat coupé with a clever folding roof, needs a new cambelt every six years or 72,000 miles, whichever comes first. Few have racked up that kind of mileage but, given that the car was launched eight years ago, the first 2010 Winds are long overdue a new belt while those from 2011, its final year after Renault canned it along with its other underperforming models, are surely due theirs now. 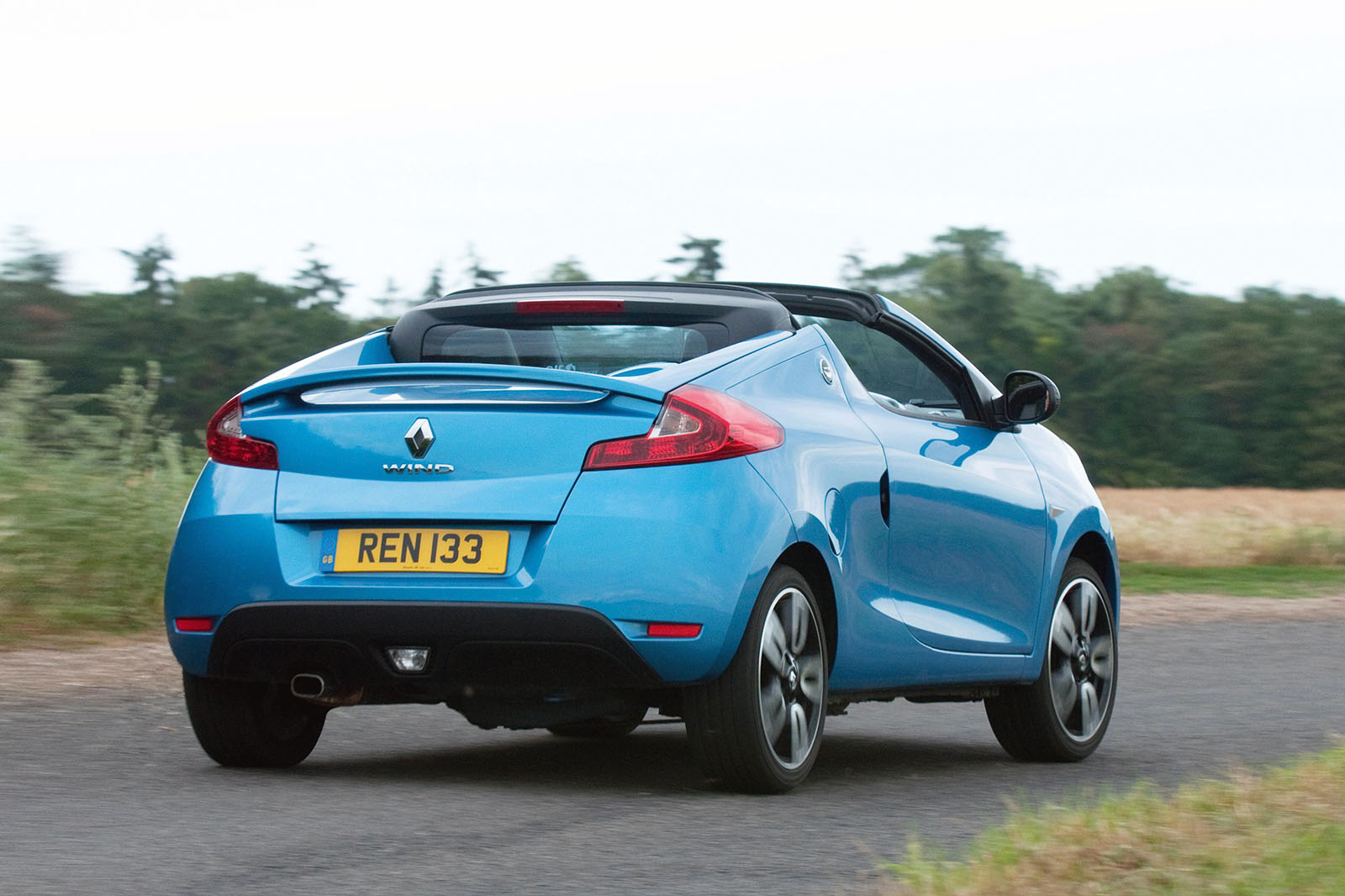 Should you care? Probably not if you’re the type who thinks even a Mazda MX-5 is a bit limp. Compared with that car, the Wind is as flat as a...

Enough. If you have a few thou and an interest in the nether reaches of the motoring classifieds, the Wind could be right up your alley. We’ve already said it’s a coupé-convertible. What we didn’t say is that its electrically powered roof takes just 12sec to fold magically and neatly away into the top of the boot, without affecting that receptacle’s generous 270-litre capacity.

The model was offered with a choice of two petrol engines: a 131bhp 1.6-litre VVTi from the Renault Sport Twingo or a 99bhp 1.2-litre turbocharged petrol. The 1.6 is a bit of a screamer while the 1.2 produces more torque right where you need it. That said, the 1.6 sounds a lot better and that’s before you avail yourself of its special wind-release mechanism. On the left side of the air intake is a rubber flap about the size of a credit card. Removing it gives the intake noise a little extra ‘bite’ at higher revs without affecting cruising refinement. 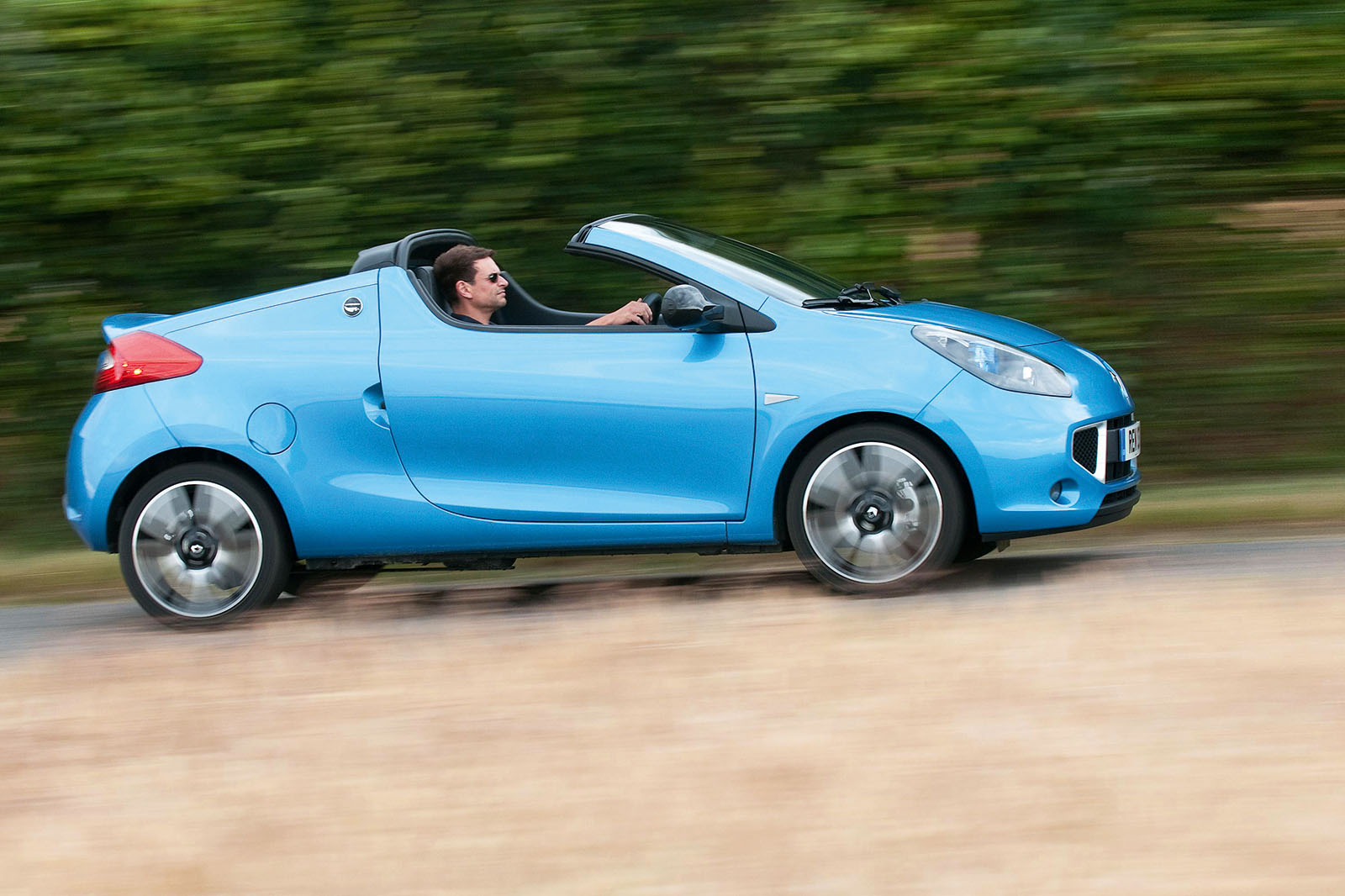 The Wind was based on the Twingo chassis – tuned, so it was said, by Renault Sport’s finest. The electric power steering is light and lacking in feel but the little car turns into corners crisply, remains composed and possesses bags of grip. The mechanicals are straight out of the Renault parts bin, and if the few mechanics we spoke to who had direct experience of the car are to be believed, it’s very reliable. In fact, never mind them: one owner claims to have driven a total of 200,000 miles in his two Winds without incident.

Air conditioning, alloy wheels, sports seats and cruise control were all standard fitments. Higher-spec versions got climate control and part-leather seats. GT Line trim is the best but look out for the special- edition Wind Collection. As this is written, one dealer wants £3495 for his one-owner, 2010-reg Wind Collection 1.2 TCe with 84,000 miles and full service history. Only 200 were made and, given that total Wind numbers are small in any case, it could be that inexpensive curio you’ve been looking for.

How to get one your garage:

An expert’s view, ALEC COBB, WIND OWNER: “I bought my Wind, a 2011-reg 1.2 TCe GT Line, two years ago. It had only done 20,000 miles but has since racked up another 40,000. I had the cambelt changed last year for £450, which seemed reasonable. There have been two issues. The first was when a front ball joint started knocking and needed replacing and the other when a boot strut failed.

The lid’s quite heavy so I guess the struts are under some strain. I say two issues but there is a third: the fact that even specialist workshops are unfamiliar with the model. The Wind shares many parts with other Renaults but it does have its peculiarities and it would be reassuring knowing a mechanic is aware of them.” 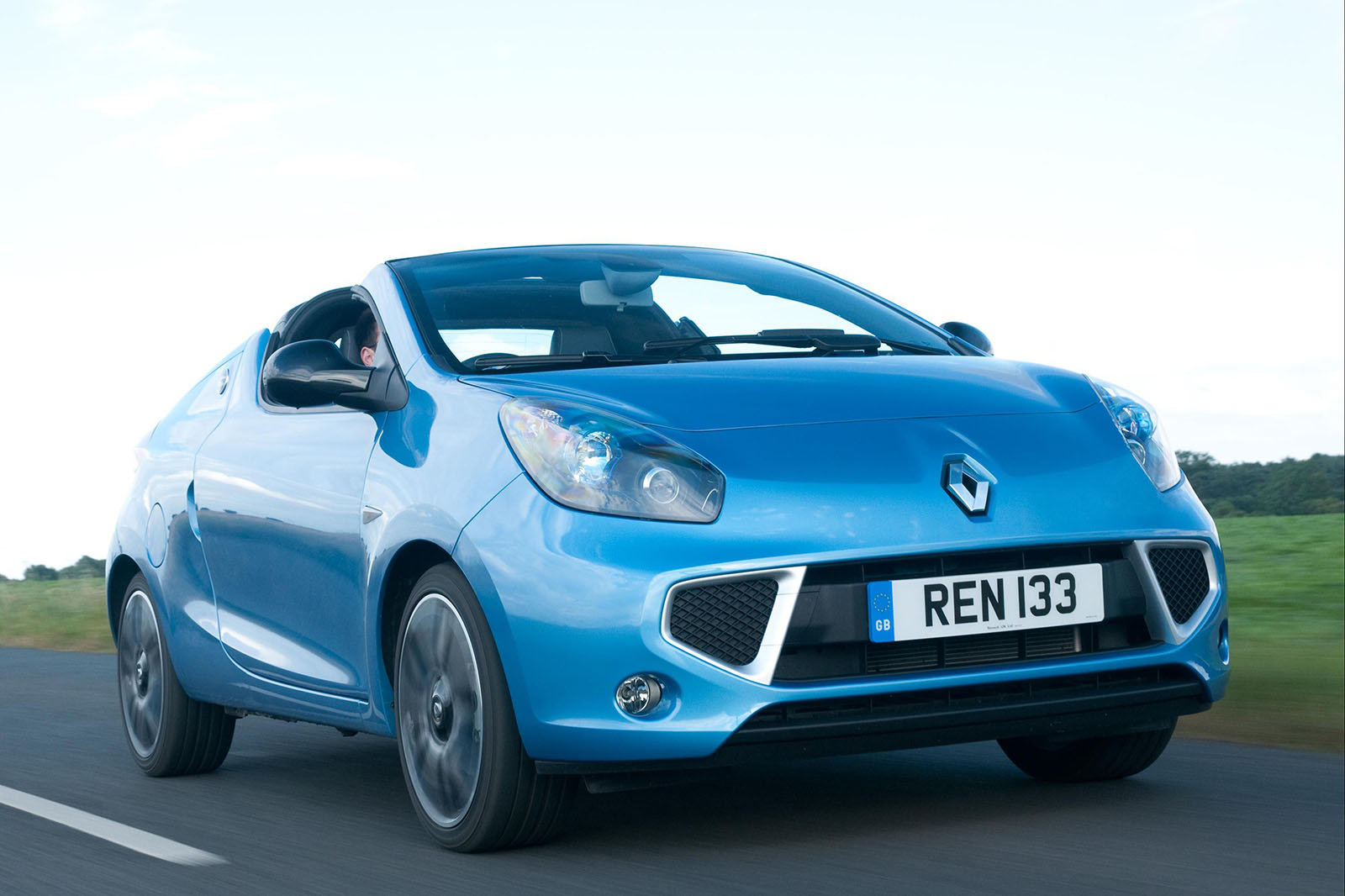 ENGINE - Renault recommends the cambelt is changed every six years or 72,000 miles. If the car hesitates or splutters when pulling away, it could be a failed coil pack, which is not a serious problem and is a known issue with Renault engines of the Wind’s generation. A loud rattling from the top of the engine when cold could suggest problems with the VVTi system.

SUSPENSION - Listen for knocking noises over rough roads and speed humps, pointing to problems with the front ball joints. The coil springs have a tendency to break too. As Winds get older, these issues will become more prominent.

WINDOWS - Problems with sticking windows are usually cured by resetting the control system. For example, if a window drops a few centimetres when the door is opened, close the door and ‘wind’ up the window, holding down the power button for 10sec. Open the window, pressing the button for a further 10sec. The system is now reset.

BODY - If the roof is not opened for an extended period, the rubber seals will stick to it. You’ll notice it when you release the roof catches. A sharp push should free it. Apply silicone grease to the seal to prevent it happening again. The same grease should stop roof rattles too. Ensure the gas struts supporting the bootlid aren’t sinking. Check the condition of the bolts in the floor of the boot. Rain water can gather here, causing them to rust. 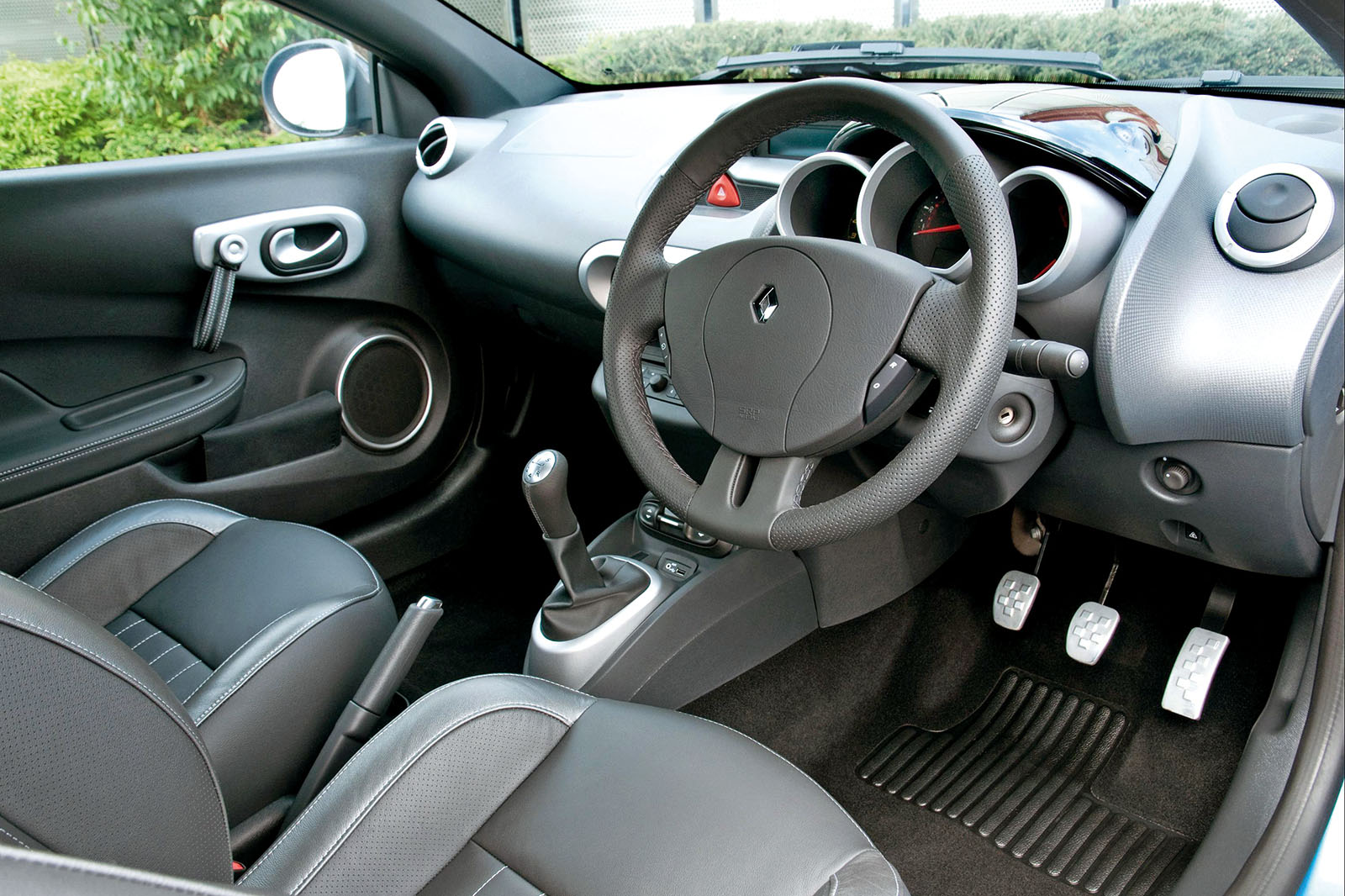 The roof is generally reliable, but if it won’t open or close electrically, you’ll need to operate it manually. For this, you’ll need the little black winder (it looks like an Allen key) that’s stored in a pouch with the handbook. Just slot it into the boot badge and turn.

One we found, RENAULT WIND 1.2 TCE GT LINE, 2011/61-REG, 47,000 MILES, £3650 - This private-sale car seems to be owned by an obsessive, who claims always to have had it serviced on the button (good), have run it on super-unleaded (why?) and regularly treated it to Redex fuel additive (call the doctor). Still, all signs of enthusiastic ownership.