BACK TO ALL NEWS
Currently reading: Buy them before we do: second-hand picks for 24 August
UP NEXT
Hope for Bloodhound LSR project as sponsor talks start again

Buy them before we do: second-hand picks for 24 August

Fancy an M135i for £16,500? These are the top bargain buys we've spotted for sale
Open gallery
Close

BMW M135i £16,500: Hands up those of you who’ve noticed how cheap the BMW M135i has become lately. Go on, be honest. Well, okay, maybe you had, as an astute reader of these pages, but clearly you’re in the minority, because otherwise they’d be being bought up in their droves.

The M135i is, of course, that rare thing: a rear-wheel-drive hot hatch, last heard of in the days of the Renault Clio V6 and, before that, the Vauxhall Chevette HS. But that isn’t the only thing that makes it special.

For one thing, there’s a 316bhp powerplant that combines a glut of low-down shove with a soaring top end, and then there’s the balanced chassis with a fabulously sticky front end that makes hurling the little BMW through corners at ever- increasing pace a delight.

Ferrari 348 TS £45,995: The 348 is still a great entry-level Ferrari, even if it isn’t the finest- handling car to come out of Modena. Indeed, with that in mind, why not go for a Targa? It still looks just as terrific as the tin-top and offers you a spot of al fresco motoring. This right-hand- drive example has high miles but, at the price, looks worth a punt. 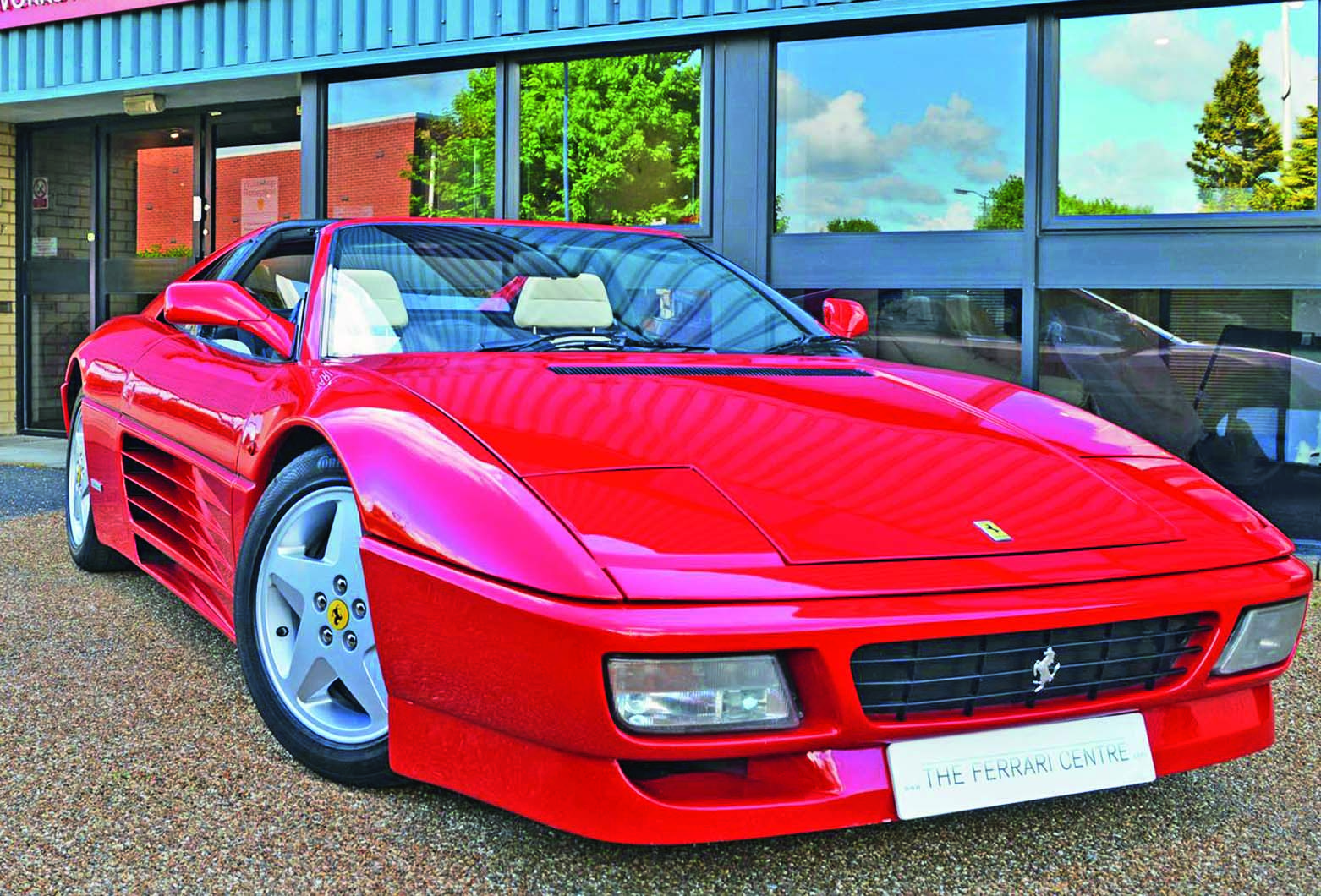 Vauxhall Insignia £8650: They might be about as exciting as a spoon, but these late-model Insignias are terrific value if all you need is a whopping car for the money. Elite-spec ones like this come laden with kit and don’t cost much more than the mid-range cars. You’ll probably have to pick a diesel, though, because petrol versions are rare and thirsty. 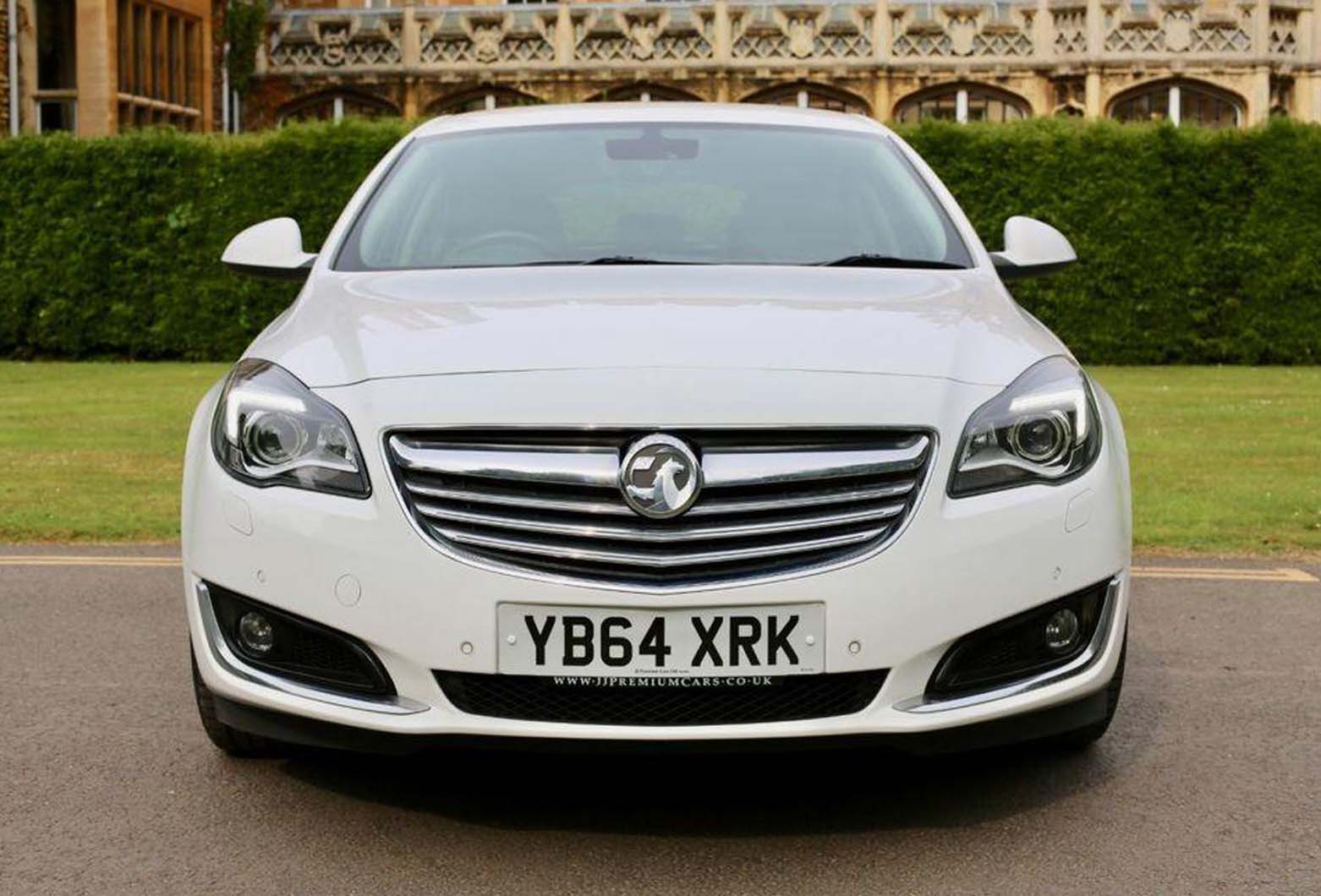 Subaru Legacy 4WD HOLD ALL £3650: A tidy old Legacy estate is an incredibly useful thing to have around, and although this fully historied 3.0 petrol won’t be cheap on fuel, it should be dependable, cavernous and well equipped. With four-wheel drive, it’ll get you where you need to go in winter, too, and remain comfy and warm throughout. Saab 9-3 £1450: Saab marketed the three-door version of its lovely 9-3 as a coupé. A bit of a stretch, perhaps, but it’s nevertheless a sweet-looking thing. You’ll find few comfier cars at this price, too — just look at the inviting velour seats — and you get the added benefit of a pleasingly torquey light-pressure turbo engine. RENAULT GTA V6: Another ‘get in while you still can’ tip here. Prices for the Renault GTA have been pretty stagnant for the past few years, which is surprising given that it’s exactly the sort of cult 1980s classic that should be climbing away out of sight. With all the hoo-ha surrounding the Alpine brand right now, don’t expect things to stay that way.

Granted, this one’s only a V6, not a Turbo, but the mileage is just 54k and there’s a long MOT and history, so £8480 doesn’t seem like a lot to pay for a car like this. It feels like now’s the time to take advantage if an Alpine — sorry, Renault — GTA is on your want list.

Volkswagen Touareg Price new £50,770. Price now £34,499: It has never had the badge to compete with premium rivals such as the BMW X5, but the Volkswagen Touareg has gained a small following as a big, no-nonsense SUV with loads of space, comfort and toys on offer. True, you don’t get seven seats, although you do get a cavernous boot as a pay-off. Now the new version is out, nearly new previous-generation Touaregs are cheaper than ever, which means this used example with 6000 miles on the clock can be had for a whopping £16,000 less than it cost new. Brief: For less than £5k, I want a family car that’ll please the head without being too tedious for the heart to live with

The C6 is wonderfully quirky, with a cosseting ride and a luscious interior. I can’t think of any car at this price level I’d rather transport a family in. It’s a car for the heart — just look at it — and for the head: that hydropneumatic suspension is so good that it’s a logical imperative. Alas, underneath its elegant bonnet is a diesel engine (petrol-engined C6s are extremely rare), but I think the sacrifice just about worth making. Now what was Max saying? Something about money, wasn’t it? MARK PEARSON 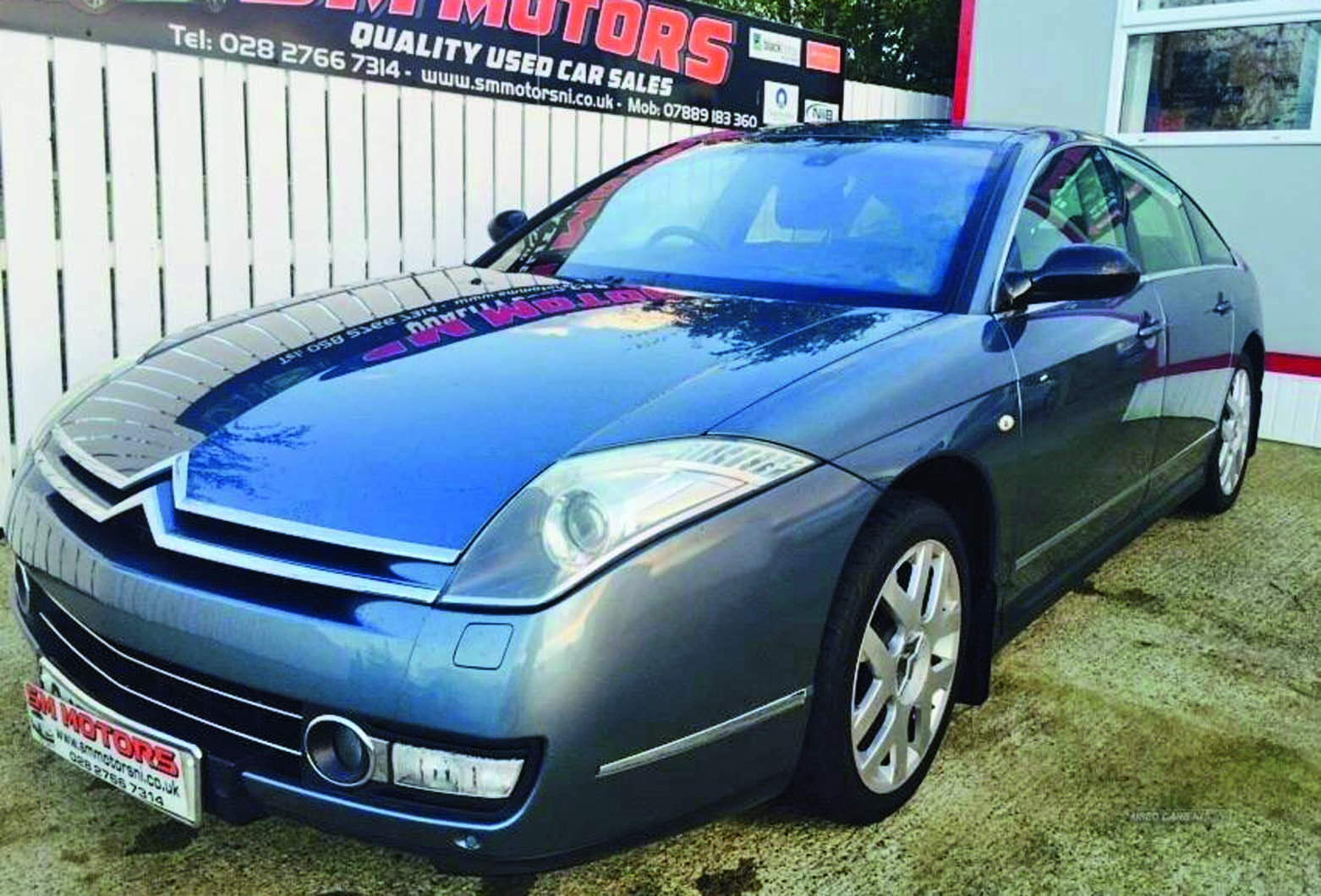 I like a big floaty Citroën, but the fact is that you’ll be crippled by the horrendous £540 per year tax bill of Mark’s C6. No, a sensible E39-era BMW 5 Series is what you need. It has a big boot and space for five.

Practical stuff boring you? Well, this one has a 4.4-litre V8. Plus, this stealth M5 runs on LPG so the running costs will be pretty reasonable. So, you see, it satisfies the demands of the head and desires of the heart. MAX ADAMS

Verdict: A BMW 540i would be fun, but tricky to keep in LPG, so I’ll have to choose that gorgeous and characterful Citroën. ALEX ROBBINS

James Ruppert: looking for a used car? Consider a Kia

The 1 series is *not* a cool car. Never has been. Never will be.

That C6 though, wow. If you look up cool in a dictionary it'd be a picture of a C6.

The 1 series is *not* a cool car. Never has been. Never will be.

That C6 though, wow. If you look up cool in a dictionary it'd be a picture of a C6.

Fair enough. Cool is subjective. And I agree that most 1 series - most BMWs, actually - are far from cool. But a big straight six in a relatively small, relatively light rear drive car is cool to me.

A Couple of Things

The 348 was reported to be a dog when new. It's unlikely to be any better 30 years later. It's looks hot, though.

1 Series is tiny in the back. Cool car, but not a family car. Not sure about a high quality interior, either.

The mileage on the Liberty wasn't mentioned but be careful of high mileage examples. The EJ20 tends to slowly self destruct after around 190,000 km. Not sure about the six.

Yep, they’re not, there’s so many new brands out there with way more exciting shapes, better sounding powertrains and in some cases make any Ferrari look like an eastern block Polski Fiat!, it’s only recently that Ferrari have got some of their mojo back, started with the 812 and the new Pista version, the 348 was a Dog new and an expensive Dog to keep running now.