Volkswagen has added a new flagship V6 petrol engine to the Volkswagen Touareg line-up, bringing petrol power to the third-generation car for the first time.

The V6 becomes the fastest model in the range, with a 155mph top speed and 0-62mph time of 5.9sec. The engine produces 335bhp and 332lb ft of torque and sends those reserves to all four wheels through VW's 4Motion four-wheel drive system.

It is also 50kg lighter than the existing diesel version. Towing capacities remain the same across all models.

When it first arrived, the third-generation Touareg was over £6000 more expensive than its predecessor – a reflection on VW's efforts to push its top model further upmarket. The brand justified the price hike by stating that the new Touareg represents the “biggest leap forward” in the history of the SUV.

The third-generation model, which was unveiled in Beijing during the spring of 2018, has been redesigned with new technology, road-focused styling and a revamped interior that is dominated by VW’s new Innovision Cockpit. 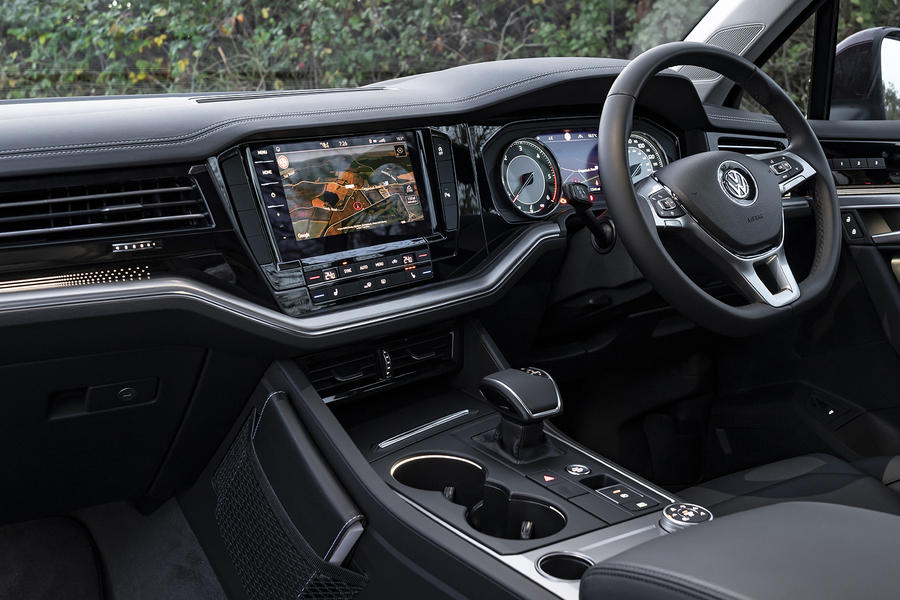 This Touareg is the first to have such a clear focus on the Chinese market because, aside from being the largest new car market in the world, it's seen rapid growth in SUV demand in recent times. SUVs accounted for 8% of the Chinese market in 2007, but by 2017 this had skyrocketed to 45%.

​VW boss Herbert Diess said: “The new Touareg sets a new benchmark at the top of the automotive world and shows what VW can do in terms of design and technology. It is a reflection of our brand.”

Three trim levels are offered at launch and the UK starting price applies to the entry-level SEL. Prices for the plusher R-Line variant, which comes with sportier bodywork details, start from £55,095, while R-Line Tech sits atop of the launch range with more standard kit (more on that below) and a starting price of £58,195.

New VW Touareg: should the people's car be a premium car?

All of the engine options are powered through an eight-speed automatic gearbox, with standard all-wheel drive featuring a centre differential lock, with five standard and four optional drive modes.

To aid the driving dynamic, the Touareg features electromechanical active roll compensation, which adjusts the anti-roll bars to smooth the ride when cornering. It also has air suspension to boost ride and all-wheel steering to aid handling. 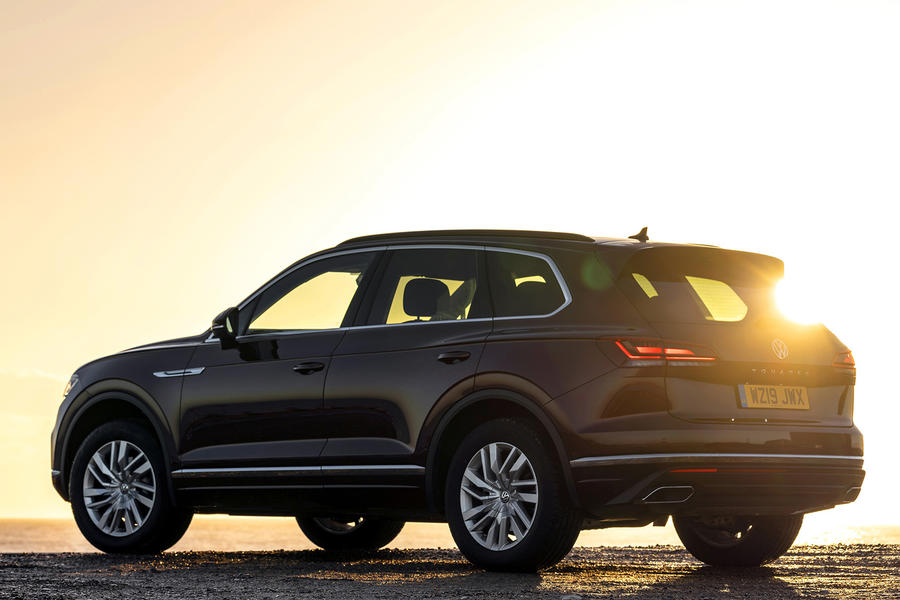 Oliver Müller, the Touareg’s vehicle development boss, told Autocar: “We wanted to combine a sporty drive with comfort. The focus in on on-road handling, but it was important to make sure it was still good off road. It’s part of the DNA of the car. The look is more on-road now, but it’s still an off-roader at heart.”

The exterior design of the new Touareg moves further away from the off-road styling of the original, with a bold front grille designed particularly to appeal to the Chinese market. While built on the same VW Group MLB platform as the new Porsche Cayenne, the only exterior part the two now share is the front windscreen. Exterior designer Frank Bruse told Autocar: “The key difference is that we were allowed to do our own door panels; before, we had to share with the Cayenne. That gave us more freedom.”

The dashboard is built around VW’s new Innovision Cockpit, which merges a 15.0in infotainment touchscreen with a 12.0in digital instrument cluster. The customisable infotainment screen also controls features such as smartphone integration, air conditioning and seat massage functions, while analogue controls remain for the volume and other frequently used switches. 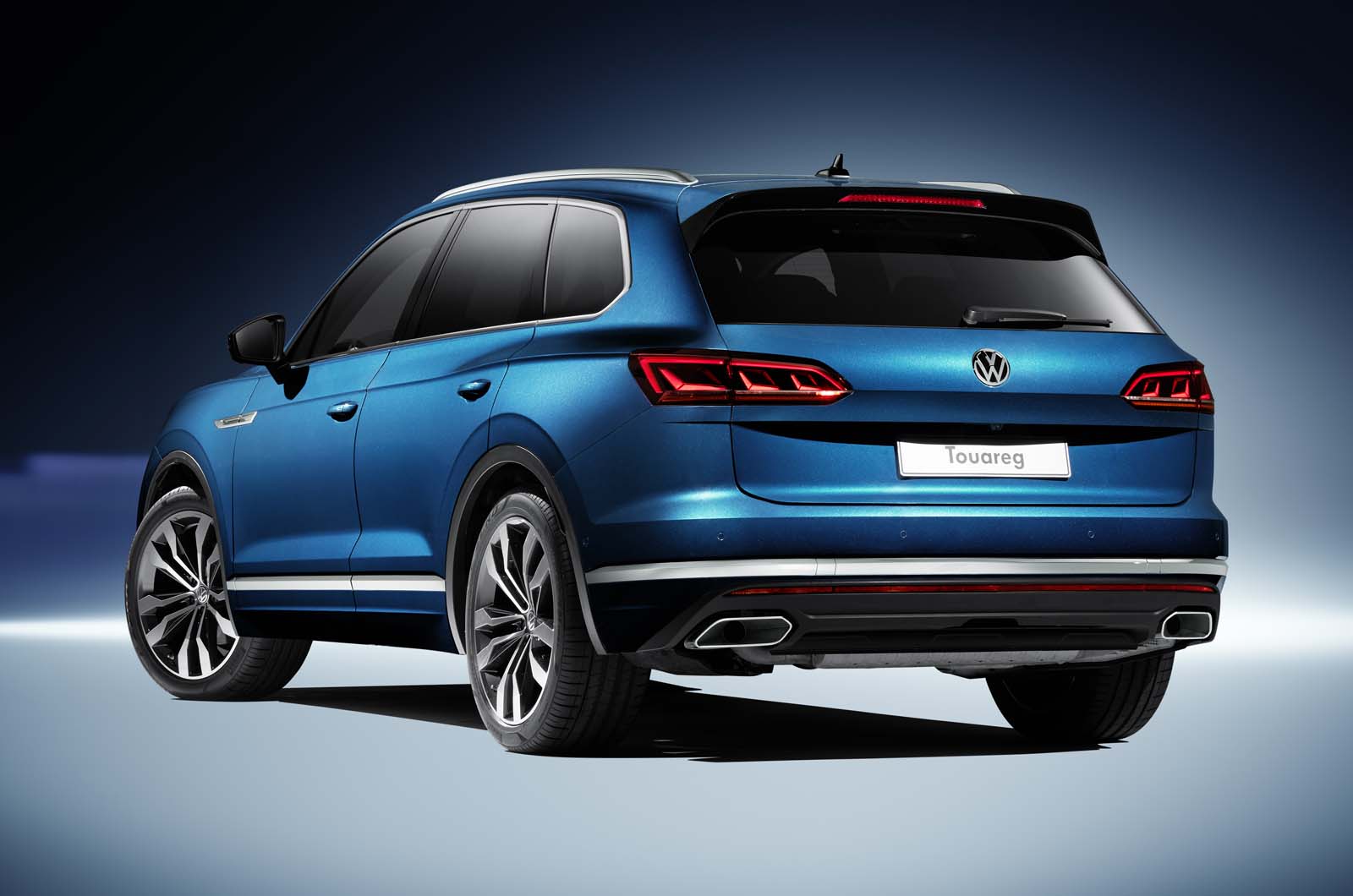 The Touareg is designed with a range of customisation options based on three optional trim levels: the wood-dominated Atmosphere; Elegance, based on metal colours; and the stand-alone, sporty R-Line. All three will feature spoilers and side sills, with R-line also gaining wheel arch extensions.

The Touareg will be able to tow trailers of up to 3.5 tonnes.

this car will be produced in VW Bratislava, not in Germany. So, it is made in Slovakia, same as Audi Q7, Audi Q8, VW Touareg...

Car will be produced on the same production line as Porsche Cayenne SUV.

Those cars are for VW and for whole VW Group more than golden eggs. Production in Germany will ne much less profitable.

Why has this article been

Why has this article been rehashed and produced again from last year - just to tell us that it has a new engine? We then need to know all about the car again... slow sales by any chance? Not surprised overpriced and dull inside
xxxx 22 June 2018

May the Lord have mercy on their souls. That's CRAZY CRAZY especially as the out going version looks way better.

...agreed xxxx, but the price will not be sustainable, so it will inevitably have large discounts as its predecessor had and due to epic depreciation make a superb 3 yr old buy.

Pleased to see a V6 Petrol coming in the line-up, but the styling is terrible compared to the great understated looks of the outgoing model.