BACK TO ALL NEWS
Currently reading: Under the skin: Get ready for a sea change in EV battery technology
UP NEXT
2024 Mercedes C-Class EV spearheads brand's electric rebirth

Under the skin: Get ready for a sea change in EV battery technology

A potential new battery chemistry called sodium ion has emerged as an electrode technology that may deliver the same energy density as today’s lithium ion EV batteries but without the shaky environmental credentials, questions over long-term availability and high cost.

The technology is being researched at the Chalmers University of Technology in Gothenburg and uses a new type of graphene to store one of the world’s most abundant and low-cost metal ions, sodium. As a main ingredient of sea water and the stuff we sprinkle on our fish and chips, for instance, sodium isn’t expensive and could reduce the need for rare raw materials.

Long before lithium ion batteries became a thing and even longer before they became remotely viable as EV batteries, the search was on for an alternative to lead acid technology that had been in use since the 19th century. Lead acid is limited by relatively low energy density, which rules out its use as a modern EV battery, and by the late 1970s had largely been abandoned by manufacturers, who started looking for high-energy battery technologies.

One of these was sodium sulphur, tested by BMW in the late 1980s. The batteries, developed by Asea Brown Boveri, were trialled in the BMW 3 Series and eventually reached a capacity of 22kWh. Encouraged by its potential, BMW then developed the lightweight, plastic-bodied E1 and its 200kg battery gave it a range of 200 miles. In 1993, BMW switched to a sodium-nickel chloride ‘Zebra’ battery for the E2, then later still a nickel-cadmium battery fitted to a 3 Series again, and finally the Mini E project using a 35kWh lithium ion battery.

Like lithium ion cells, the anodes of sodium ion batteries are graphite-based. In both types of batteries, ions are intercalated with the graphite, which means they are inserted into its structure consisting of stacked layers of graphene. Sodium ions are bigger than lithium ions and cannot be stored in the graphite structure as effi ciently. As as a result, sodium ion batteries have, so far, been unable to match the 10-times-higher capacity of their lithium ion counterparts.

To fix this, scientists have added a molecule spacer on one side of each graphene layer to create more space between them. The extra space allows the sodium ions to move in and out of the graphite structure more easily and this in turn yields a much higher battery capacity. Graphene layers are usually chemically the same on both sides, so scientists have named this version ‘Janus’, after the two-faced Roman god of new beginnings.

The research is still in the early stages and far from becoming a reality in industrial applications, but the technology is proving fully reversible (which is a battery’s fundamental capability to fully charge and fully discharge) and is also showing high cycling stability so it can be charged and discharged hundreds of times without losing performance.

More power to you 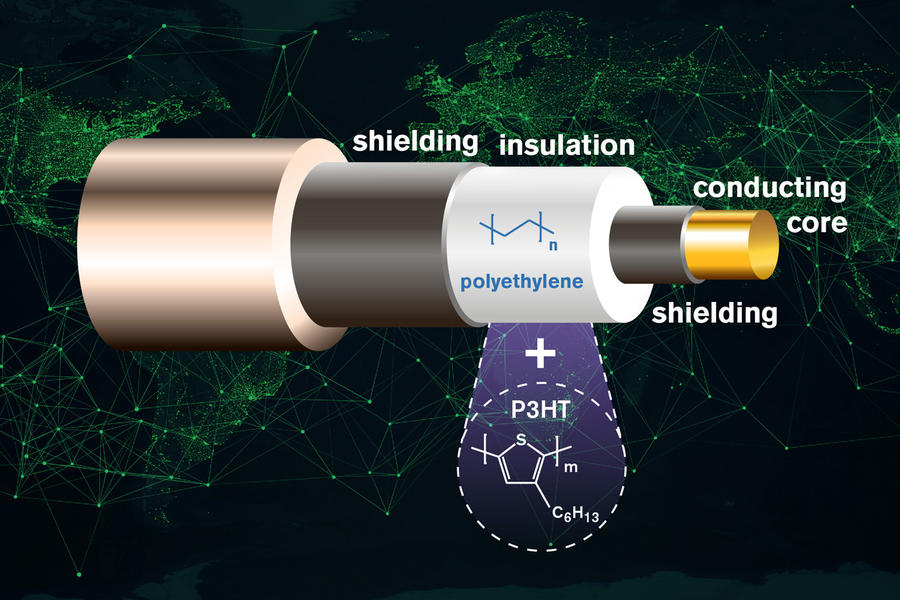 As the uptake of EVs increases, so too does the need for more electrical energy and the need to transmit it efficiently.

High Voltage Direct Current cables are used to transmit current, but over long distances it diminishes. Increasing voltage improves that but that can dangerously escape through the cables’ insulation material.

Under the skin: How Volvo will get the most out of lithium ion batteries

We build a lithium-ion car battery

I think this is very encouraging news: With a little bit of 50 year-old "O" level chemistry knowledge, I always wondered why it had to be Lithium rather than plentiful Sodium when you see the former above the latter in the periodic table, especially as Sodium had been experimented with previously.  I guess it all hinges on whether they can mass produce electrodes incorporating this "molecule spacer" - it would be great news if they can.  Like all "breakthroughs" though, and as hinted by other responses, it always seems to take an inordinate amount of time to progress from laboratory to production!

Just vapourware I'm afraid. Every week another article of 'groundbreaking new battery technology'. Until these new batteries make it to actual cars, I really couldn't be arsed.

And?, a very informative article except it just stops dead, like there was more to the article?

And?, a very informative article except it just stops dead, like there was more to the article?

In all probability, they only cut band pasted part of the original article.